Chestertons Polo in the Park 2019

Chestertons Polo in the Park  – London’s first event of the summer season – returns to Hurlingham Park, Fulham to host its 10th birthday. Kicking off the change in seasons with an ultimate three-day summer celebration, the event takes over the capital’s social calendar on 7-9 June 2019. 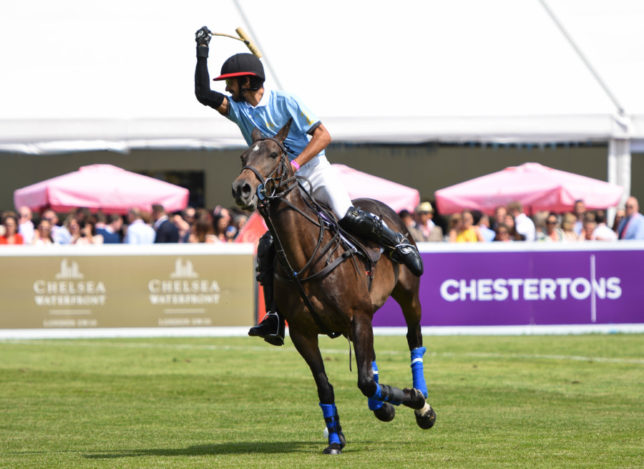 One of the biggest social sporting events of the summer, Chestertons Polo in the Park is one of the largest and most popular polo tournaments in Europe combining world-class sport in the perfect setting of sunny champagne gardens with fantastic food and music.

Chestertons is one of London’s oldest and most respected estate agencies, with a large network of branches across London as well as international offices covering five continents. As one of the most socially active agencies, Chestertons are a generous supporter of community projects and cultural institutions across London including the Royal Academy of Arts and the Royal Philharmonic Orchestra in addition to bringing the joys of polo to a wider audience with Chestertons Polo in the Park. 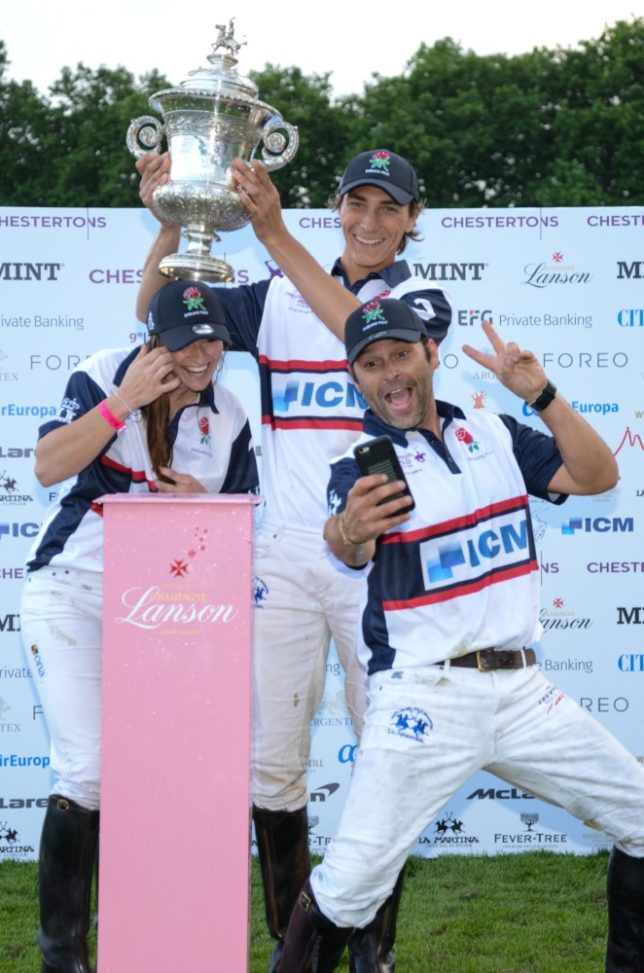 The annual three-day sporting spectacle has firmly established itself as one of the most anticipated and sought after events in South West London. Perfect for polo fanatics and social enthusiasts in equal measure, this round-robin style polo tournament is played under the uniquely simplified and HPA-endorsed City Polo rules which were developed to maximise spectator enjoyment so that newcomers are able to follow the fast and furious polo without needing any prior knowledge of the game. 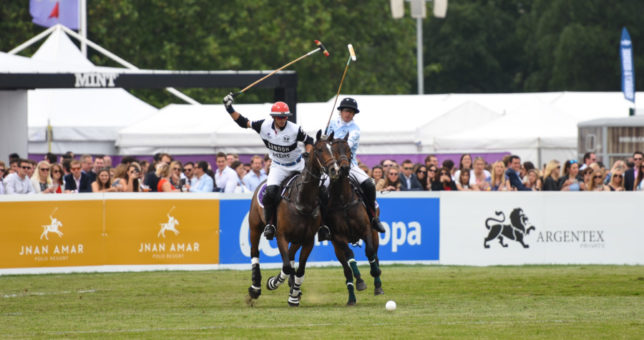 Over the course of three days, teams representing six different cities from around the world will be taking part in the hotly contested event. International Day on Friday 7 June is set to be an action-­packed opening day where, in addition to 3 polo matches, the Flannels England Polo Team return for the highly anticipated  ICM International match presented by City AM. 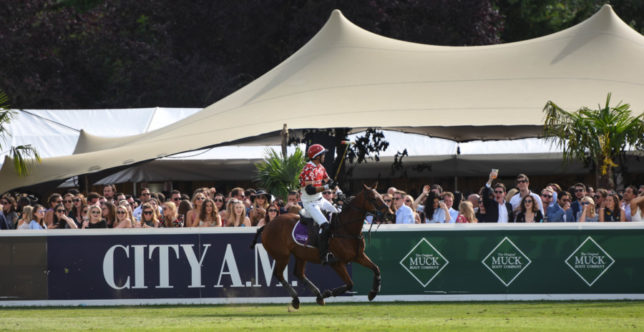 Ladies Day presented by Lancaster on Saturday 8 June, provides the perfect excuse to dress up and enjoy a day out with your closest friends, watching quality sporting action while sipping champagne in the sun. 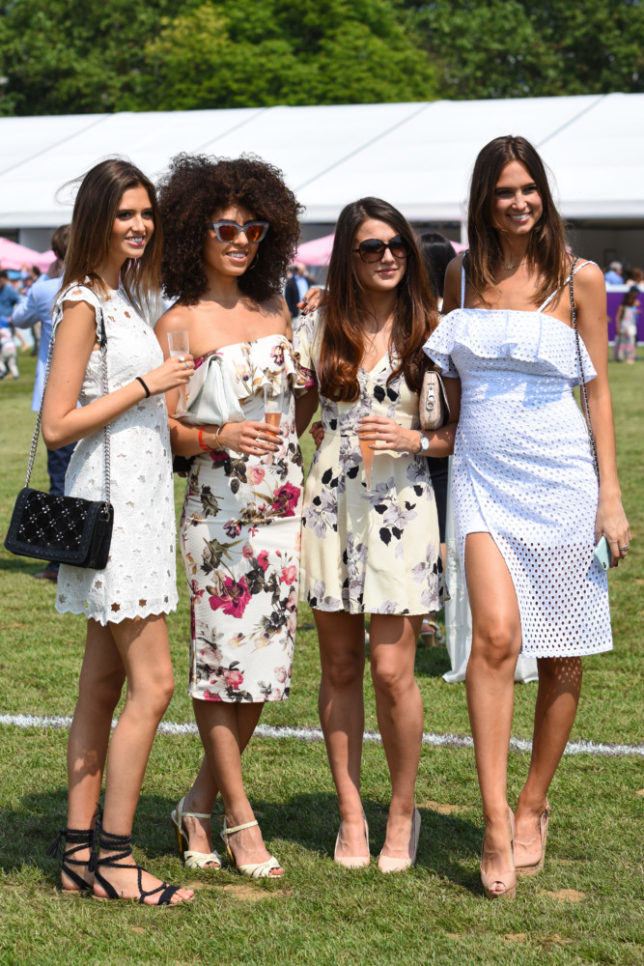 Finals Family Day on Sunday 9 June, rounds off the weekend with a world-class finale match to crown the tournament champions. A day for all the family where parents can watch on from London’s best cocktail bars or Champagne Lanson garden while the children are entertained at the Little Hooves Kids Club and stampede onto the Sharky & George Pitch Invasion – West London’s biggest kids’ party. 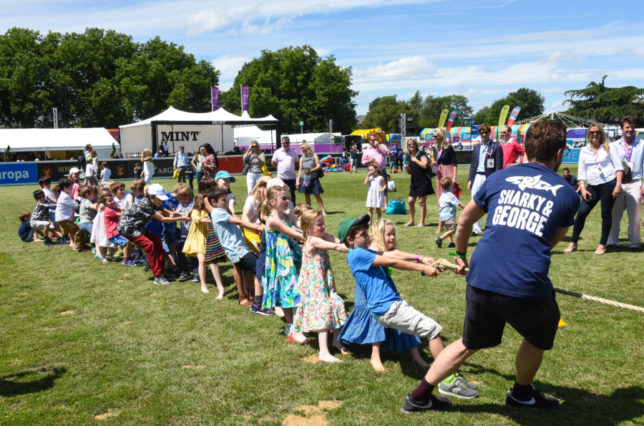 There is plenty more to see and do all weekend with the Grazing Paddock hosting top restaurants and delicious street food, the Champagne Lanson Garden returns alongside the iconic Mahiki pineapples, Slingsby Cocktail Bar and Fever-Tree Garden. 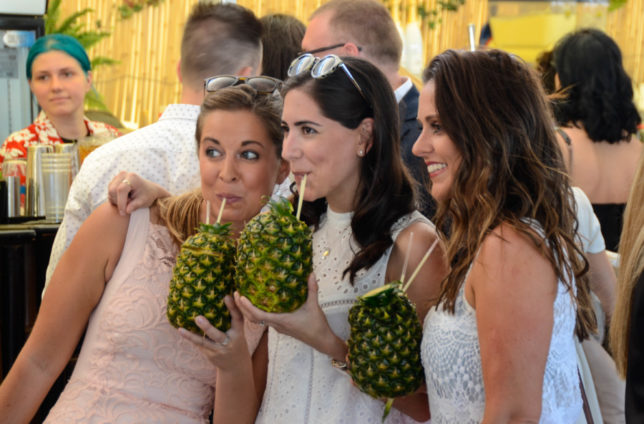 Splash out in the Luxury Shopping Village housing, and on Sunday bring the whole family to enjoy our Little Hooves Kids Club and Sharky & George Pitch Invasion.

Want to find out what life is like for two of England’s (if not the World’s) best polo players? Check out SLOAN! Magazine’s exclusive interviews with George Meyrick and Malcolm Borwick 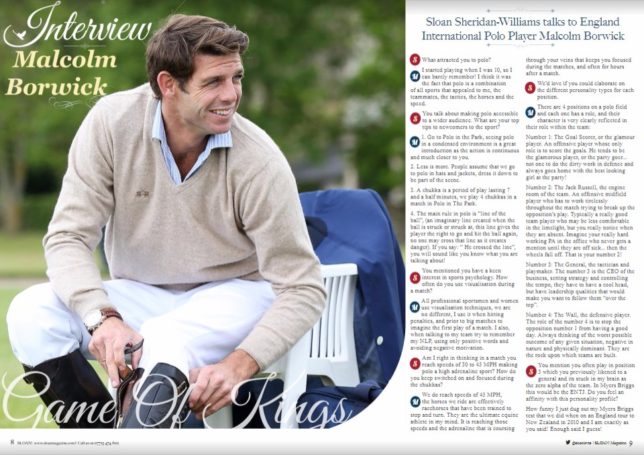 For more information and to book tickets for Chestertons Polo in the Park, go to polointheparklondon.com

KRUG Festival – Into The Wild