An incredible Jaeger-LeCoultre Gold Cup final was played on 23rd July between last year’s champions, King Power Foxes, and the El Remanso team of four British professionals who had captured the hearts of the local crowd through the British Open Tournament.

Taking the place of ‘Top’ Srivaddhanaprabha in the King Power team was 1 goal player Hugo Taylor, with James ‘Jimbo’ Fewster at 2, and the mighty combination of the10 goal Pieres brothers Gonzalito at 3 and Facundo at Back. El Remanso played the tried-and-trusted line-up of their 2016 side with Charlie Hanbury at the front door, Ollie Cudmore (5 goals) at 2, and 6 goal players James Beim and James Harper at 3 and Back. 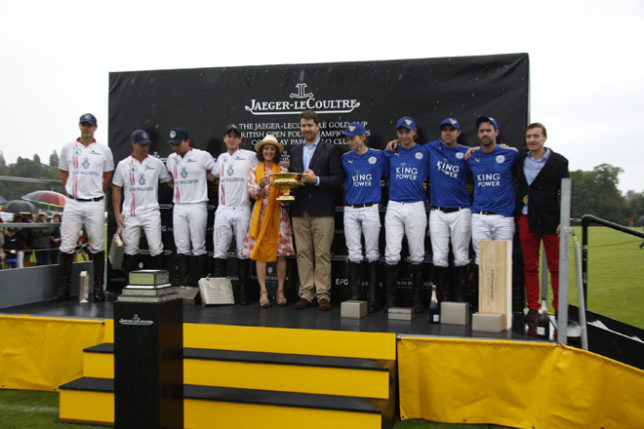 El Remanso made a great start with Charlie Hanbury first to score. The English quartet dominated early, shutting down the two Pieres superstars while sending their own players out front to score. However, the boys in blue cottoned on early to this tactic and were able to undermine it quickly, evening the score at 3-3 by the close of the second chukka. Chukka 3 was the turning point with no points on the scoreboard for El Remanso and King Power putting themselves firmly in the driving seat, a splendid field goal from Jimbo Fewster, who played the match of his life, contributing to King Power Foxes 6-3 lead by half time. 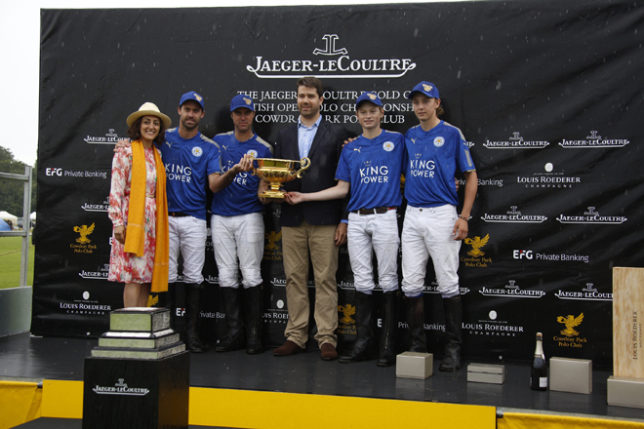 Chukka 4 saw two more goals on the scoreboard for King Power, including a second beauty from Fewster, before James Harper added to El Remanso’s scoreline. A goal came from Facundo and the chukka ended with the Foxes five goals ahead on 9-4. El Remanso rallied in the fifth, James Beim scoring a field goal and Harper converting a 30 yard penalty. Facundo Pieres answered with the accurate conversion of a 60 yard penalty and a super field goal and it was left to Harper to follow his example and finish the chukka with a 60 yard shot through the posts and 11-7 to King Power Foxes. 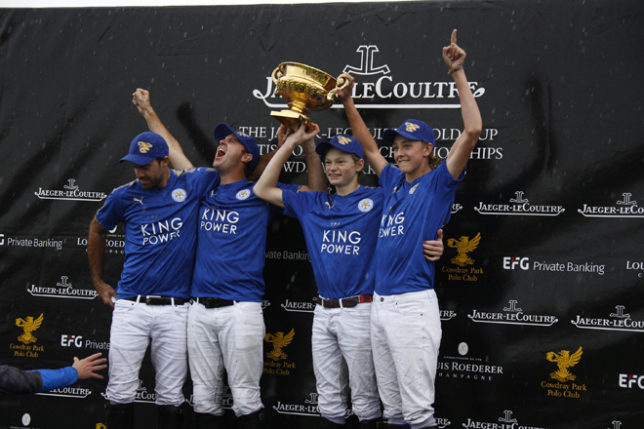 A final exciting chukka saw Jimbo Fewster contribute his third goal of the match and, when King Power Foxes were awarded a spot penalty, Gonzalito slipped the ball through the posts for the side’s 13th goal. El Remanso won the ball from the throw-in, Harper sent a long ball down the field and Ollie Cudmore picked it up and scored but it was too little too late and King Power Foxes had stormed through the match to retain for a third year the title of British Open Champions on a score of 13-8. Although the scoreline may not have reflected the closeness of the game, King Power proved to be too strong in the end and overpowered El Remanso in the second half. Facundo Pieres led the scoring with five goals while Jimbo Fewster playing in his first Gold Cup Final equalled Gonzalito Pieres in the goal-scoring stakes and was named Most Valuable Player. Everyone on the El Remanso side contributed to the score with at least one goal each. Lila Pearson presented the Best Playing Pony award to New Chicago, owned and played by Gonzalito Pieres. 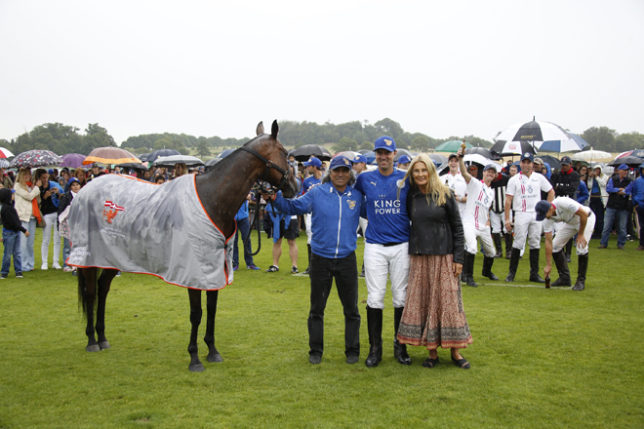