Since its launch in 2014, the NX crossover has quickly established itself as a key player in the Lexus range accounting more than 30 per cent of Lexus European sales since its launch. It has been successfully attracting customers – many of them new to the brand – with its combination of luxury, cool, contemporary design, intelligent packaging and enjoyable driving dynamics. Its sales success is further supported by a choice of full hybrid and petrol-electric engines, plus front and all-wheel drive options. 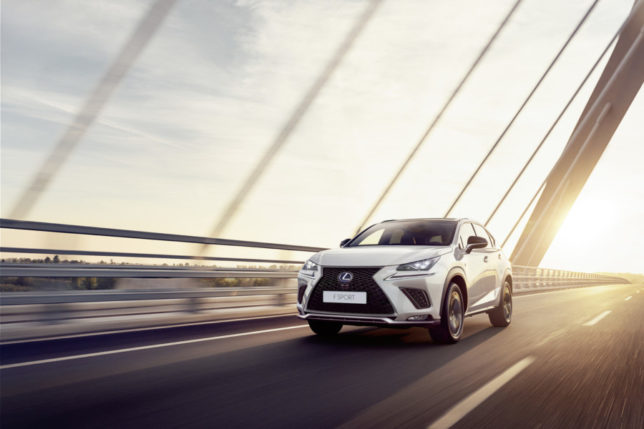 Its performance has been stronger than even Lexus anticipated, breaking sales forecasts in all the world markets where it is available, including Europe. To build on that momentum and maintain the NX’s strong appeal, Lexus has initiated a package of revisions and improvements, covering exterior and interior styling, safety and equipment features.

Lexus has preserved the strong design essence of the NX that has proved so appealing to customers and has focused on details that enhance its visual impact.

The signature spindle grille has a powerful new look that aligns it more closely with Lexus’s SUV models, the RX and LX. The design features a series of horizontal bars that extend all the way down to the lower lip. Wider spacing between the bars below the central pinch-point of the spindle emphasises the car’s width and adds a sense strength to the NX’s frontal appearance. This effect is accentuated by the introduction of larger, deeply recessed lateral air intake ducts, angled to emphasise the car’s broad stance. 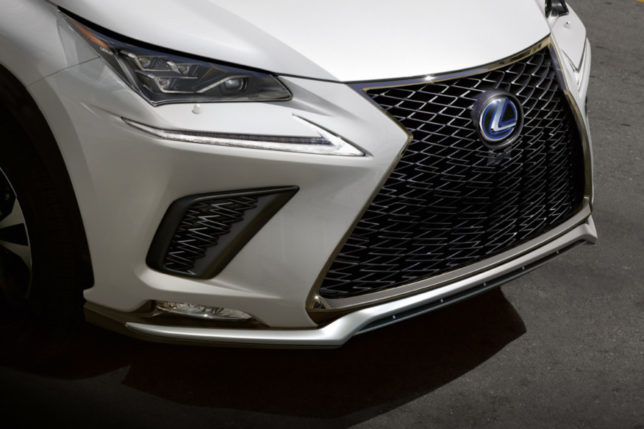 Reshaping of the upper part of the front bumper creates a more fluid blending of the styling into the bonnet and front doors, creating a sleeker overall shape with excellent aerodynamics.

The LED headlamp units have a new internal arrangement to accommodate the Adaptive High-beam System (AHS), part of the Lexus Safety System + package that is newly available for the NX. The look is sporty and echoes the lighting design of the new LC luxury coupe. Sequential turn indicators are also new, both at the front and rear.

The interior of the NX benefits from detailed changes that project a sportier character and an even more luxurious feel. There is also a focus on improving the ease of use, convenience and comfort of the equipment features, faithful to Lexus’s commitment to the principles of Omotenashi hospitality.

The most prominent change is in increase in size for the central multimedia display. In the case of the Lexus Premium Navigation, the screen has grown from seven to 10.3 inches, while for the Lexus Display Audio, the increase is from seven to eight inches.

The climate control panel in the centre console has been rendered more ergonomically efficient with a number of buttons being replaced by four easy-to-operate toggle switches. These have a high tactile quality with a raised pattern of small metallic Lexus L motifs. The central analogue clock has been made larger, with a clearer face and a more pronounced outer ring. As well as being easier to read, it has a GPS control that automatically adjusts the time as you drive through different time zones. 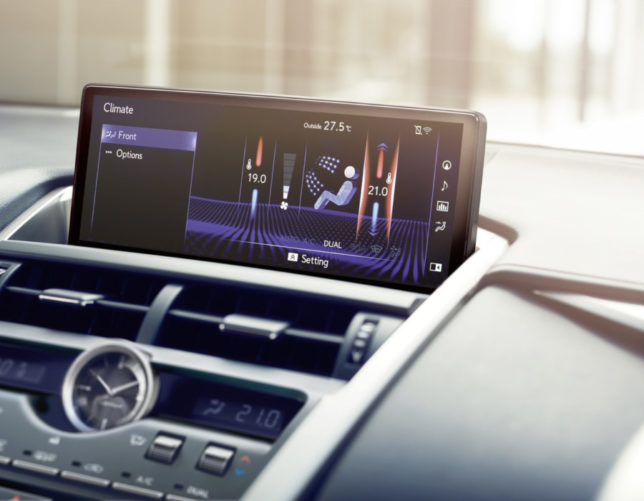 On the centre console, the NX features the latest generation touchpad control, larger in size for easier operation. The palm rest has been reshaped to provide better wrist support and the wireless charging tray has been made wider and longer to accommodate larger smartphones. The USB ports have been moved to a handier central position and have a higher amperage for faster charging of devices. On models equipped with a head-up display, the unit is now seamlessly integrated into the instrument panel, creating a smooth surface across the top of the dashboard.

There are new colour options for the NX, with the addition of Rich Cream and Ochre upholstery and trim, together with the established White Ochre, Black and Dark Rose. Flare Red and Mustard Yellow are both new for the NX F Sport models. 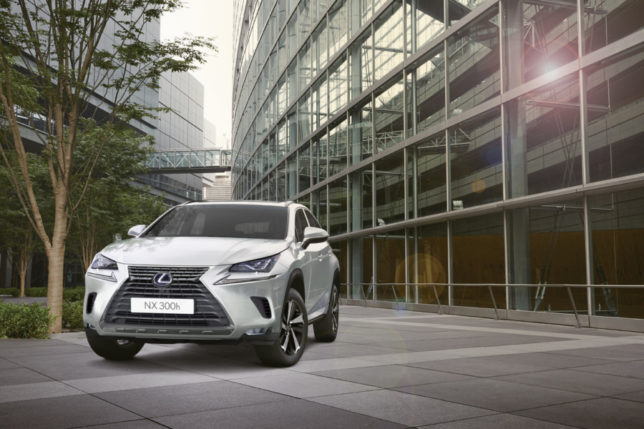 The new NX gains the convenience of a power rear door with “no-touch” opening and closing function – when you approach the vehicle with the key on your person, all you need to do to open the door is move your foot beneath the rear bumper, where the motion will be picked up by a sensor. The tailgate can be closed with a similar action. A lock reserve button next to the tailgate grab handle automatically locks the vehicle. 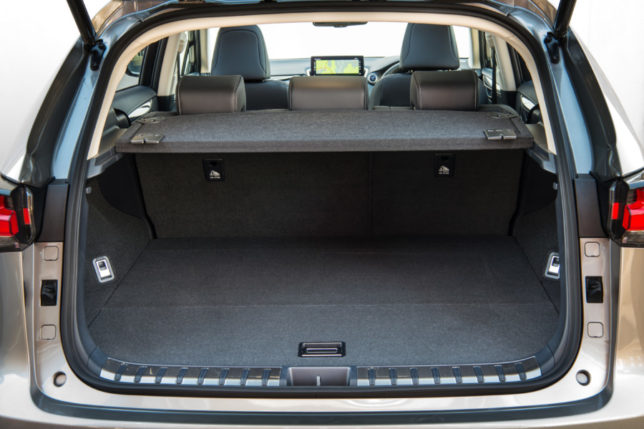 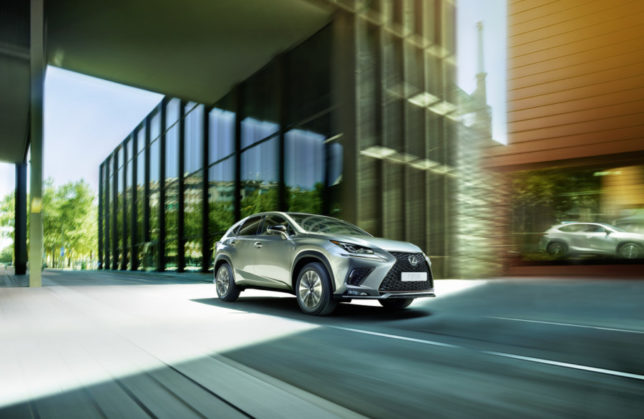