This spring, D&D London announced the appointment of Mini Patel as Chef Patron at Shad Thames’s much-loved Blueprint Café. Patel has made his mark on Blueprint’s menu, with a focus on carefully sourced produce and nostalgic British classics with a playful, contemporary twist. The seasonally changing menu is made up of a selection of small plates, allowing guests to enjoy the full range of Patel’s flavours and share the dishes with fellow diners as they wish.

Through its floor-to-ceiling windows, the restaurant boasts elevated views of the London skyscape that have been enjoyed by London diners since 1992. Contrasting old and new, the river-side vista encompasses the historic grandeur of Tower Bridge through to the modern skyscrapers of Canary Wharf. Along with welcoming Patel to its kitchens, the contemporary and tranquil setting also underwent a light refresh this year. 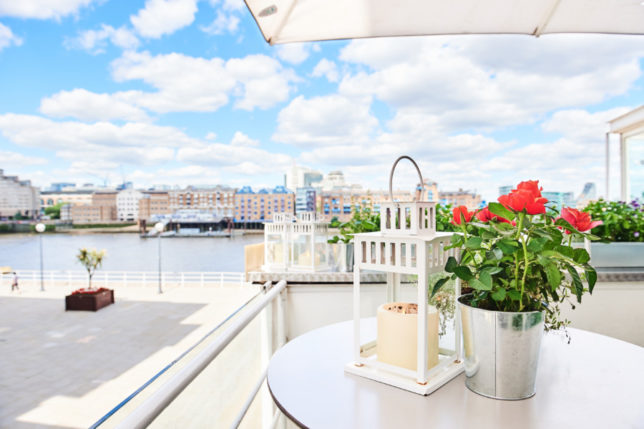 Patel brings to the restaurant over 22 years’ experience cooking in some of the UK’s most highly-acclaimed establishments, learning from a succession of legendary chefs that include Gordon Ramsay, Marco Pierre White and Angela Hartnett who he worked with whilst at her Michelin starred restaurant in The Connaught. Most recently, Patel held the position of head chef at The Pointer in Brill, overseeing both the restaurant and pub at the Buckinghamshire bolthole. It was under him that the restaurant won the prestigious Catey Award for Menu of the Year in 2016. 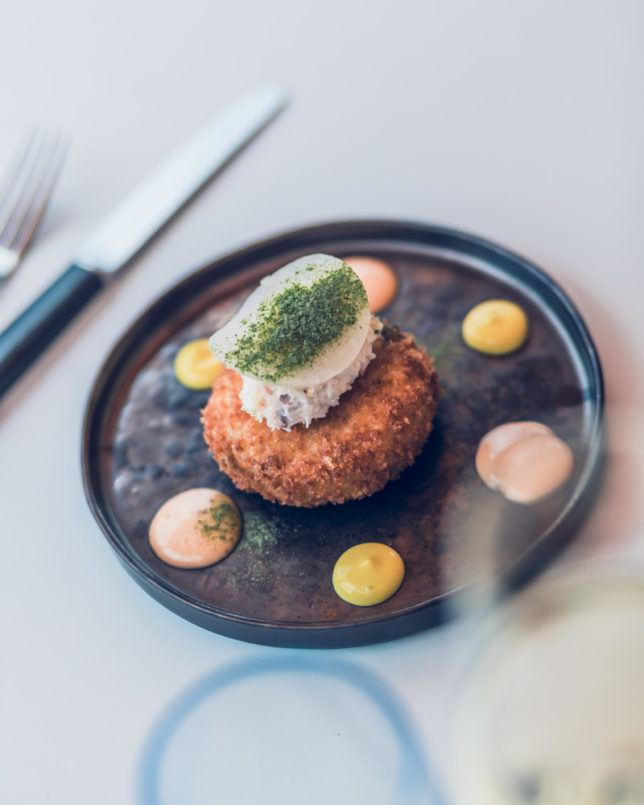 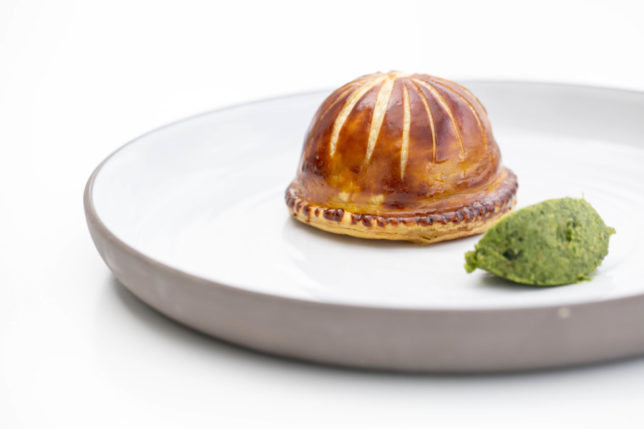 Mini Patel says of his appointment as Chef Patron: “This is a very exciting new role for me – British culture is the inspiration behind so much of my food and Blueprint Café, as an icon of the London dining scene, couldn’t be a more fitting location for me to explore this inspiration even further.”

Jean-Baptiste Requien, Operations Director of D&D London, says, “This is a true milestone in Blueprint’s history – a favourite on the London landscape for nearly three decades, we believe Mini’s wealth of experience and playful, contemporary British menu can only drive Blueprint forward to new heights.” 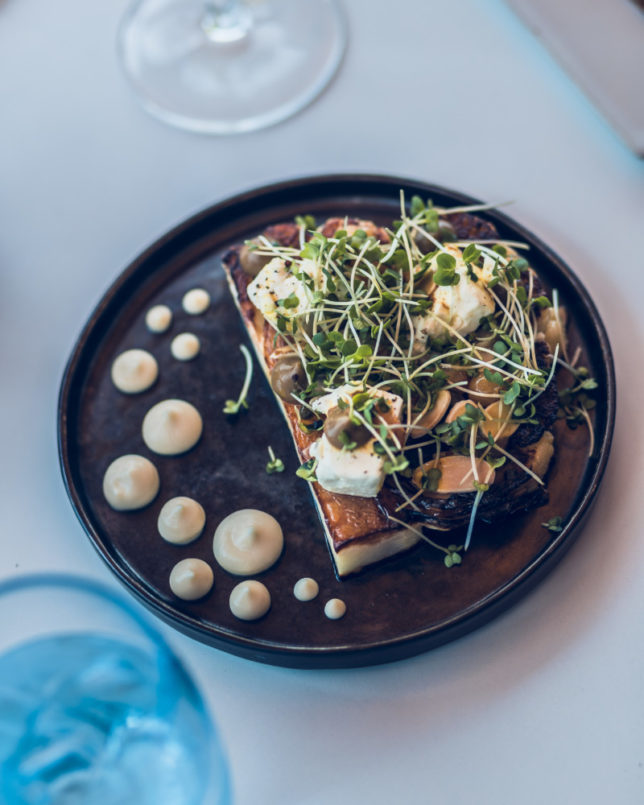 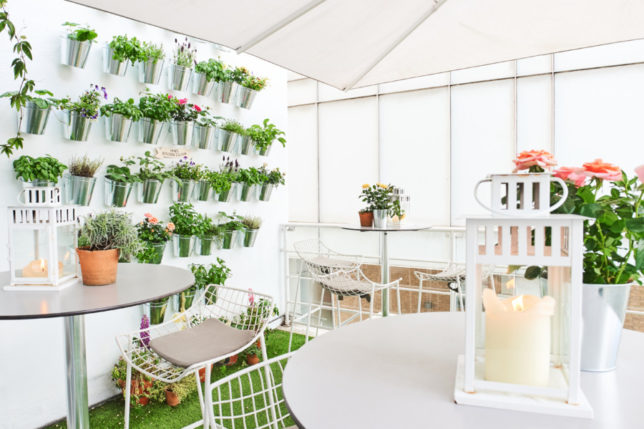 The Small Brew Beer Company produce beers between 0.5 and 2.8% ABV and represent an entirely new offering underpinned by great flavour, while cutting out the slow-down often associated with higher strength products. Co-founder James Grundy will join Mini at Blueprint Café on Thursday 23rd August for An Evening of British Beef and Beer, when these innovative beers will be matched to five meat-focused courses, including the Original Small Beer Lager with Short rib croquettes with mustard mayonnaise, and the Small Beer Steam with Grilled sirloin of Hereford beef with lovage, sticky brisket, wild mushrooms and dripping-cooked chips. 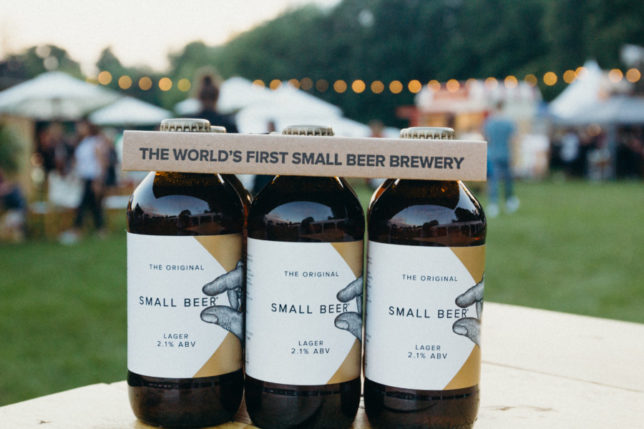 On 27th September, Mini’s British odyssey concludes all the way down in Cornwall. The region’s fish and seafood supplier Flying Fish will be visiting the restaurant, to bring a flavour of the coast to the shores of the Thames with their Cornish Fish and Seafood Dinner. Drawing the catch of the day from boats in Looe, Brixham, Newlyn and Plymouth, Flying Fish is devising a menu with Mini to accentuate its sparkling-fresh produce. 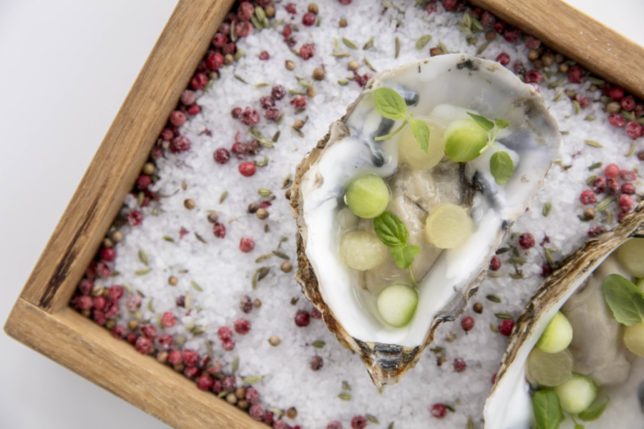 To kick things off, we ordered a couple of nibbles to enjoy while perusing the seasonal summer menu. The buttery flavour of Nocellara Olives from Sicily were offset nicely with a kick of heat from the seasoning sprinkled on top whilst the mixed nuts were a pleasant contrast of peanuts, almonds and cashews – perfect to enjoy with an aperitif. 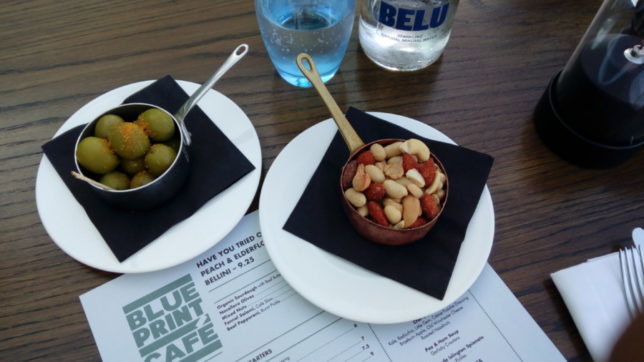 Starters include dishes such as the proudly British selection of Cobble Lane London charcuterie consisting of beef salami, spianate, pepperoni, fennel salami and goat saucisson served with a sweet and sticky fig chutney – just one of the small plates perfect for sharing. The accompanying toast with its tell-tale chargrill marks had a stylish look but slightly unpleasant carbon taste. 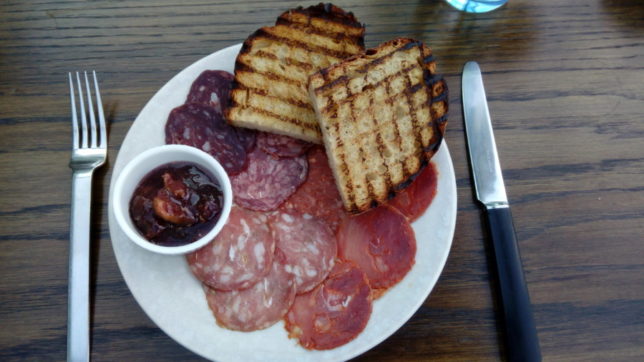 Mains include signature dishes like Charred Cauliflower or Jimmy Butler’s Pork Chop – the latter served on a bed of flavoursome Anchovy & Potato Purée and covered in a tasty Gooseberry & Mustard Jam with a hefty topping of Summer Kale greenery. The addition of Mini’s reinvented  “Bit’s & Bob’s” Sauce with gherkin, caper and dehydrated tomato served at the table takes this delicious pork dish to the next level. 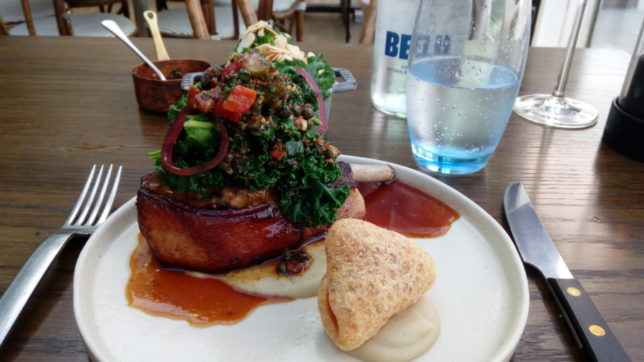 A crowd pleasing choice of desserts brings the A La Carte menu to a satisfying close with our favourite being the Warm Chocolate Pudding made with Michel Cluizel Noir de Cacao 72% dark chocolate. Mini’s use of high quality chocolate from one of the finest chocolatiers in the world really shines through and the accompanying elements of raspberry sorbet and fresh raspberries add the perfect fruity balance to the rich chocolate goodness of this dessert. 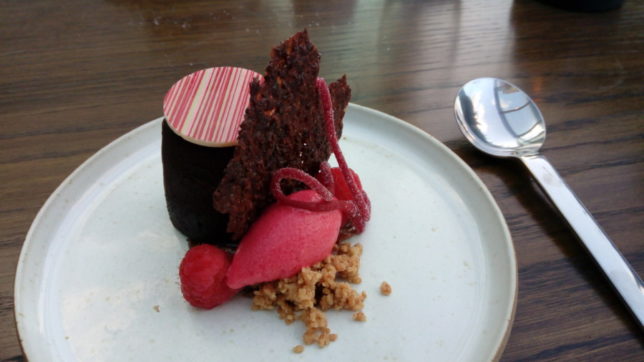 Mini Patel’s seasonal menus using carefully sourced British ingredients delight the palate of even the most discerning diner and the bright and airy space complemented with its own al fresco terrace creates the ideal riverside location for all occasions, from business lunches and family gatherings to an intimate table for two and get-togethers with friends. Blueprint Café is certainly worth a visit this summer!