Britain’s countryside usually conjures up idyllic scenes in everyone’s mind: rambling and cream teas in the Cotswolds; horse-riding and pub lunches in the dreamy Peak district; a hiking weekend in the Lake District; or even, for the least adventurous among us, a picnic in Richmond Park.

We are blessed with countryside almost miraculously low in dangerous animals and plants. But it would be dangerous to think that just because we are in friendly terrain, we are ‘out of the woods’.

The countryside can still kill you

Cows have killed 15 people in Britain over the last 15 years, and injured many more. They stampede when they feel their calves are in danger, especially if they are worried by dogs off their leads. Deer will also attack with deadly effect if you go remotely near their fawns, and you may be lucky to escape with your life.

Adders are actually far less deadly than these larger mammals. About 100 adder bites are reported in Britain each year, but the last time anyone died from a bite was in 1975.

What is the worst a plant can do?

Most of us have experienced the pain of stinging nettles as children, but Giant Hogweed and the Parsnip Plant have sap which can burn the skin so severely it will form huge blisters every time it sees daylight. For some people, this effect lasts years, or even for life.

Foxgloves, which grow wild and in gardens, are in the top ten of all types of poisoning in the UK; their UK victims number in the hundreds each year. Scratches from wild roses or blackberries may not seem serious, but up to 22 people in Britain contract tetanus every year, with one or two dying, after being scratched by various thorny plants.

A breath of fresh hair

Between 5 and 12 people in Britain die every year from bee, wasp and hornet stings, when anaphylactic shock is induced by the venom. Less well known, and deceptively cute, are the offspring of the oak processionary moth, hairy caterpillars, which are officially a public health hazard.

Touching one, or even inhaling their hairs blowing on the wind, can lead to agonising skin rashes, eye problems and breathing difficulties. They are also not limited to the open countryside, as they infest many trees in London too. Never try to brush one off you, as they will shed their hairs; the only safe way to remove one is by picking it off with tweezers, then cleaning the scattered hairs with sellotape.

Our arachnids are considered by many to be the most dangerous animals in Britain.

According to Public Health England, 8 people in Britain catch Lyme disease from tick bites every day, though some researchers believe the true number could be as much as ten times this. The number of deaths caused by ticks goes unrecorded. Ticks spread other diseases as well, notably Anaplasma and Q-fever, which can also become severe, chronic illnesses.

Lyme disease can cause partial paralysis, heart attack, encephalitis, arthritis and a host of other symptoms which may never fully go away, even after the disease is treated.

The World Health Organisation has been reporting a growth rate in Lyme disease across Europe of 65% every year for the last 20 years, possibly driven by global warming, which gives the ticks a longer breeding season. There are various tick hotspots. One of them is Richmond Park and other parks in London are not immune to this problem.

When to seek professional help

You should contact your doctor if any of the following happen: 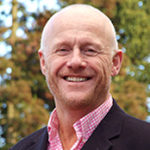 John Caudwell is an entrepreneur and a philanthropist.  John built the mobile telecoms company, Phones4U, which, over the course of around 20 years, he grew to be one of the most successful businesses in Britain. He founded Caudwell LymeCo in 2016, a registered charity which works to raise awareness and educate the public on Lyme and other tick borne diseases and to improve the available medical care for patients in the UK. For more information on the charity’s work or on Tick borne diseases, visit the charity’s website caudwelllyme.com.

The website enjoythecountryside.com has more information on how to enjoy the countryside safely.