A Butler’s Guide To Being A 21st Century Gentleman

As we face the new round of thrills and spills of the Party Season and head towards Christmas, New Year’s Eve and beyond, SLOAN! asked Professional Butler and etiquette expert Nicholas Clayton for his top tips on entertaining, table manners and grooming to ensure you remain impeccable with the grace and dignity of a 21st Century Gentleman rather than acting (or indeed smelling) like a fox! For the young mutts out there, that means going back to basics!

New Year’s Eve 2016 and into 2017! A time for New Year’s resolutions! However well intentioned, how many of us really stick to them?…stop smoking, drink less, get that promotion, spend more time with the family. We have all had a go. Some are hard to stick with and others are definitely worth the effort! It’s a chance to put right some of the things that perhaps we were not so proud of during the year before even re-invent oneself with an entirely new look or way of behaving. Out must go any hint of slack behaviour after all we are all a year older and wiser and will hopefully have learnt from any serious faux pas from the year before. The core values that make our everyday lives run smoothly are nearly always based on being polite to each another and showing consideration and understanding for others. It really doesn’t make anyone look stupid to get up and offer their seat on the bus to someone who is in need of a sit down.

Good manners , as everybody already knows, are not a new thing but as we move into another New Year making a conscious effort to use them is the key.

Impeccable manners will set you apart from the rest and from a butler’s perspective a very quick way to earn you some respect. And don’t worry, displaying some fine manners won’t make you look weak or appear daft, how could it? It will make you look sophisticated, confident and educated too probably. Think of that scene in the recent TV series “The Night Manager” where Tom Hiddleston offers to pay for another guest’s dinner at a different table after a skirmish in the restaurant erupts over the availability of lobster. It was a perfect delivery of lines and an utterly brilliant example of perfect manners.

One of the main reasons, amongst others apparently, my wife was attracted to me, so she told me years later, were my manners. Born out of years of butlering maybe, but a clear example of how the old basic values can pay dividends! Courteous behaviour will always be admired. The simple necessity to say Please and Thank You at the appropriate moment seems to elude some people, something I have never really understood, it’s only a few words and it’s not as if they cost anything. Then on the other hand there is the new over-reaction “thank you SO much” which comes across as totally fraudulent. Just saying thank you will always suffice. 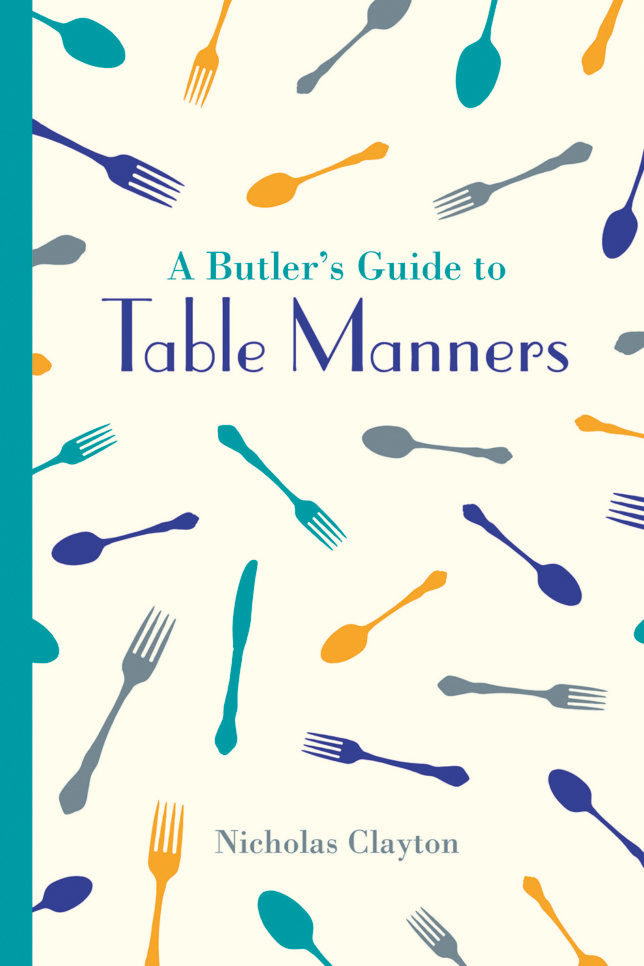 In my first book “A Butler’s Guide to Table Manners” I talk about how to behave at the table. It’s not a snobbish thing, never has been. Knowing how to eat properly and in such a way as not to offend others is a vital piece of life knowledge. One thing I can guarantee is that the moment you pick up your knife and fork someone will judge. Wearing the latest designer fashions won’t protect you a jot if you can’t hold your fork properly, get that wrong and the cat as they say, will be well and truly out of the bag!

Have you ever had the misfortune of sitting next to someone on a plane that really needs a deodorant and a toothbrush? It is a disgusting experience. I travel in aircraft a lot, butlering all over the place and once or twice I have asked to be moved to another seat because the body odour emanating from my neighbour was so intense. In “A Butler’s Guide to Gentlemen’s Grooming” I talk about how to avoid smelling, as one very well known client of mine some years ago referred to, as like a fox. 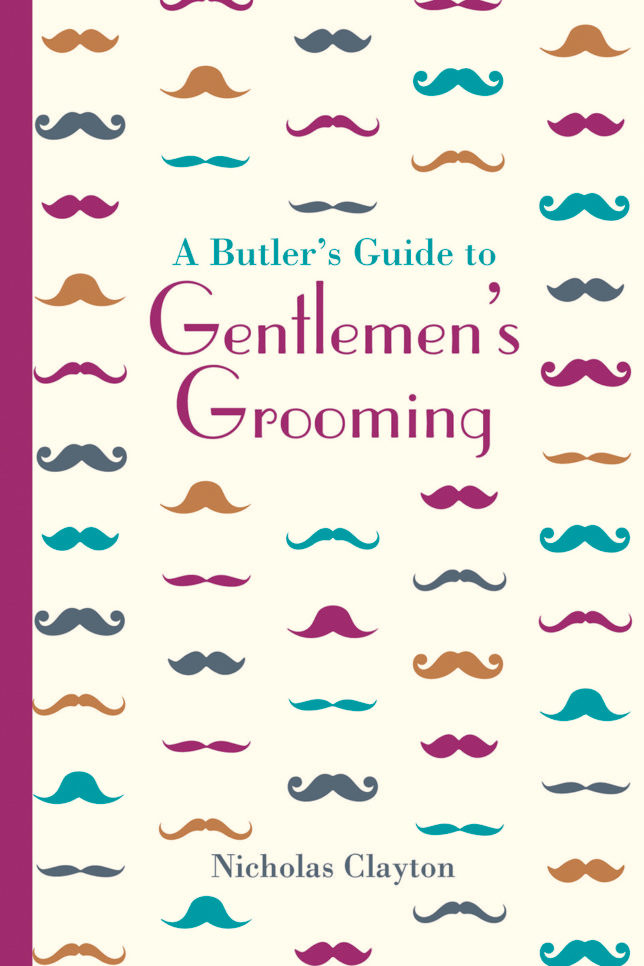 Maybe some might think my book comes across as a little outdated in places but surely there is no such thing as basic personal hygiene going out of fashion. A bar of soap and a stick of deodorant costs less than a pint! And you could fill up your basket in your favourite pharmacy for the price of twenty cigarettes. And if the ads on TV are to be believed, it’s surprising what a spray from a can of deodorant can achieve. Sorry everyone but unless you have the misfortune of suffering the horrors of a medical complaint that causes lingering body odour, there is absolutely no excuse. In the world of butlers if it was the case that you were thought to be in need of a high octane mouthwash, you certainly would be told!

Sartorially speaking I’m no style guru, that is probably best left to the people in the fashion business but one thing is absolutely for sure, even if your suit comes off the racks in the clothes department of a supermarket and your shirt is from that well known high street home of high turnover affordable elegance, the one that still gives you a brown paper bag, it is of no consequence providing your shoes are polished!

Look after the Ladies

Come on everyone…surely this doesn’t need to be explained!

Pitfalls at the Party

“A Butler’s Guide to Entertaining” was written as a general guide for the party throwers with a view to avoiding obvious pitfalls. Apart from many tips, for example, on how many glasses you might need for your wedding reception, courtesy, once again is writ large. 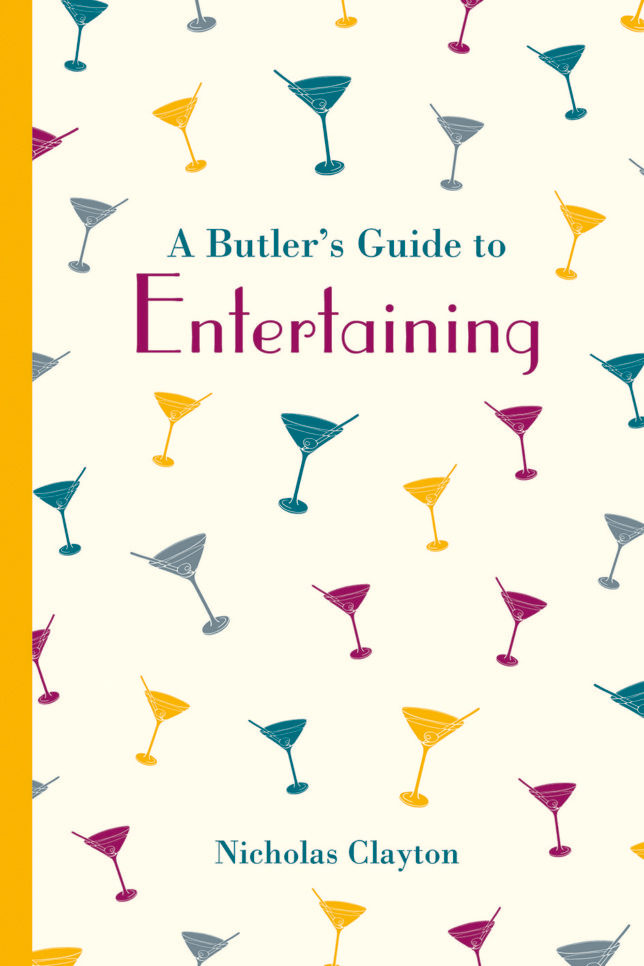 Whatever you are planning for the coming year, boning up on some of the basic rules like answering an invitation or thanking your host after the party or what type of gift to take is a good thing to do. Hospitality is exactly what it says, the clue is in the word. It is centred around consideration and courtesy for others and a multitude of brownie points are to be had for sure if you can master this.

So that’s the best way into the new year…. polish your manners and your shoes, get the interdental brushes into those dental crevices, invest in a top grade deodorant, hold your knife and fork properly and be very polite to the ladies…..Happy New Year!

Nicholas Clayton is a Freelance Professional Butler with over twenty years experience. He also writes and gives talks on the subject and has recently been called on as a butler expert in a Channel Four production. His ‘Butler’s Guide’ books (published by Batsford) are a huge success, and as well as appearing in bookshops across the world, A Butler’s Guide to Table Manners is on the suggested reading list of the American Culinary Institute.

Affiliate Marketing: What You Need to Know as a Blogger

Spa Etiquette: The Dos & Don’ts of Visiting a Spa