Making great music is only one part of being a successful musician. And, while you may learn, on the internet, that the other is getting your music in front of as many people as possible, that’s simply not true! Reaching the right audience gives you the best shot at growing your fanbase, fast.

Not all fans are made equal

In the early stages of your music career, it’s important to reach as many people as possible, but this model quickly wears off.

To make a living from your music, you need die-hard fans, not causal listeners. It’s the dedicated fans who will buy tickets to your gigs, purchase your merchandise, and will pay to stream your music.

They will likely help you grow your fanbase faster than any advertising campaign — these followers are sometimes referred to as superfans. 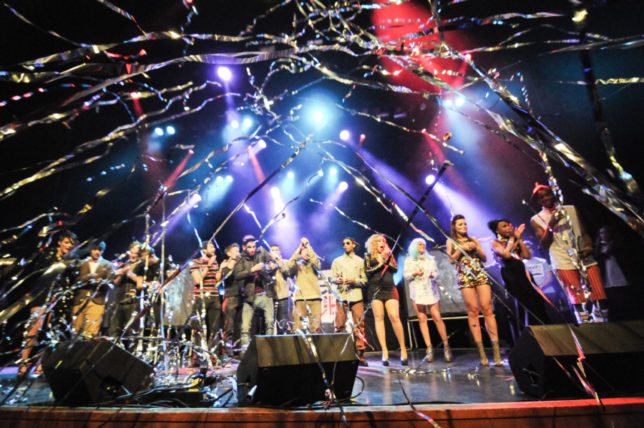 Whether you’re just starting out or you’re already recording and selling music, you absolutely must play gigs (large or small) – no one will get to hear your music unless you put it out there!

In fact, smaller venues make it easier to interact directly with your listeners and build a relationship. Time in front of a live audience is never wasted and small venues are the perfect setting to talk to people before and after a gig. This is the essence of being a musician and the best way to build a strong fanbase.

Music is a bit like romance. Some fans will love you from the first note they hear, others will take some time to seduce.

There are four stages of this relationship:

Awareness – That’s when they first hear your music. Creating awareness is a numbers game — The goal of the awareness phase is to reach as many people as possible.

Make your music available through as many distribution services as possible and use music discovery websites too. The Internet is a powerful tool for creating awareness.

Attraction – That’s when your potential superfan starts recognising and liking what you do. Attraction happens after a gig, or even finding your music on a popular blog.

Somebody will either like your music or not, and little can be done about it. Your job is to increase their chances of actually listening to a full track or even a set.

Attachment – For artists without big marketing budgets, the awareness and attraction phases blend together. Luckily, you have the power to move your fans up to the attachment level — that’s when a personal connection matters the most. A few sentences exchanged after a gig can work wonders but you can also make personal connections online.

Sometimes, all it takes is replying to somebody’s comment on your Instagram. Send out a tailored newsletter, or show your personality in a vlog and share it on social media.

Allegiant fans (superfans) – According to studies, these fans make only 2% of your whole fanbase but they drive 80% of your sales. To create superfans, connect with your fans at the attachment level as much as possible. 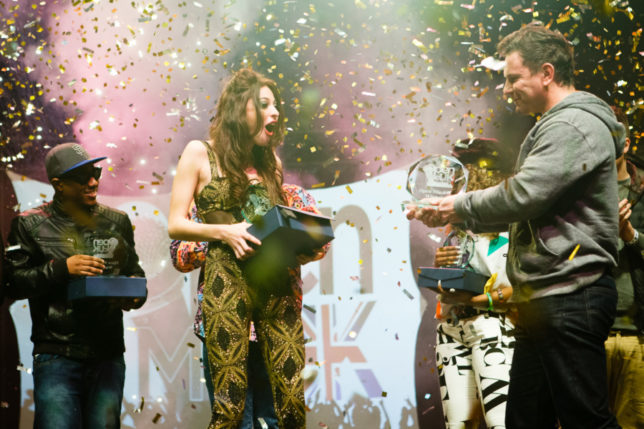 A fan wearing an artist’s t-shirt is a walking advertisement. On top of that, people tend to form emotional attachments to objects, so if your logo adorns somebody’s favourite jumper, they’re likely to love you more too.

As an aspiring musician, invest in small but cleverly chosen items to promote your music. Think tote bags, shot glasses, even matchboxes – giving away some free merchandise can also be a powerful relationship builder.

If somebody recognises you from your videos or a gig, ask if you can send them a little something (a badge? A plectrum?) to show it means a lot to you. You might just create a loyal fan!

Focusing only on the awareness and attraction phases, you are likely to grow your social media following, but you won’t create real fans.

Apart from personally connecting with your listeners at the Attachment phase, you have to, also, give them a chance to interact with one another. In other words, you have to build a community.

If you already have a successful social media presence, think about starting a Facebook group where you invite only the people who have already been to your gig, bought your music or invested in some merch.

Give occasional, honest updates on your life and music (think about talking with your fans, not at them) and create a space where your fans can interact. 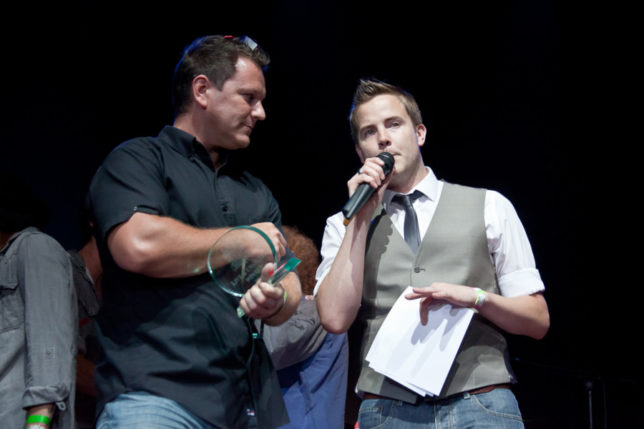 From Zero to Superfan

To grow a loyal fanbase. First of all, you need to make great music and have a real desire to share it with the world and connect with others.

Only then will all the hours on social media, discovery platforms and influencer outreach not feel like a chore.

With honest, heartfelt relationships at the core, you will quickly find the holy grail of the music industry: a steadily growing fanbase and your very own superfans.

Chris Grayston is founder of Open Mic UK and a freelance music consultant for aspiring singers and acts who is also employed regularly as an A&R scout by Sony Music Entertainment and Thames television. Chris is also the author of The Secret to Success in the Music Industry.

A&R music consultant Chris has seen more unsigned acts than anyone else in the music industry and his eye for under the radar talent in the UK is undeniable. Seeing over 75,000 acts perform all over the UK means Chris’s knowledge, insight and enthusiasm is second to none. Chris is now one of the most intuitive and experienced talent scouts in the country. Chris has either co-managed, signed to record labels or discovered acts such as Birdy, Karen Harding, Jacob Banks, Lucy Spraggan and Luke Friend all of whom had success first in the Future Music competitions before getting signed to major record labels.