With the average adult catching up to four colds a year and with the cold and flu industry costing the British economy billions through lost work days, ColdZyme® is the first clinically proven product to be developed with the unique trypsin enzyme which works to counteract infection and trap the cold virus in the mouth and throat before it has chance to take hold. Swedish industry experts have discovered that trypsin found in deep sea cod can actually help prevent a cold from starting or reduce the length and severity of an existing one. 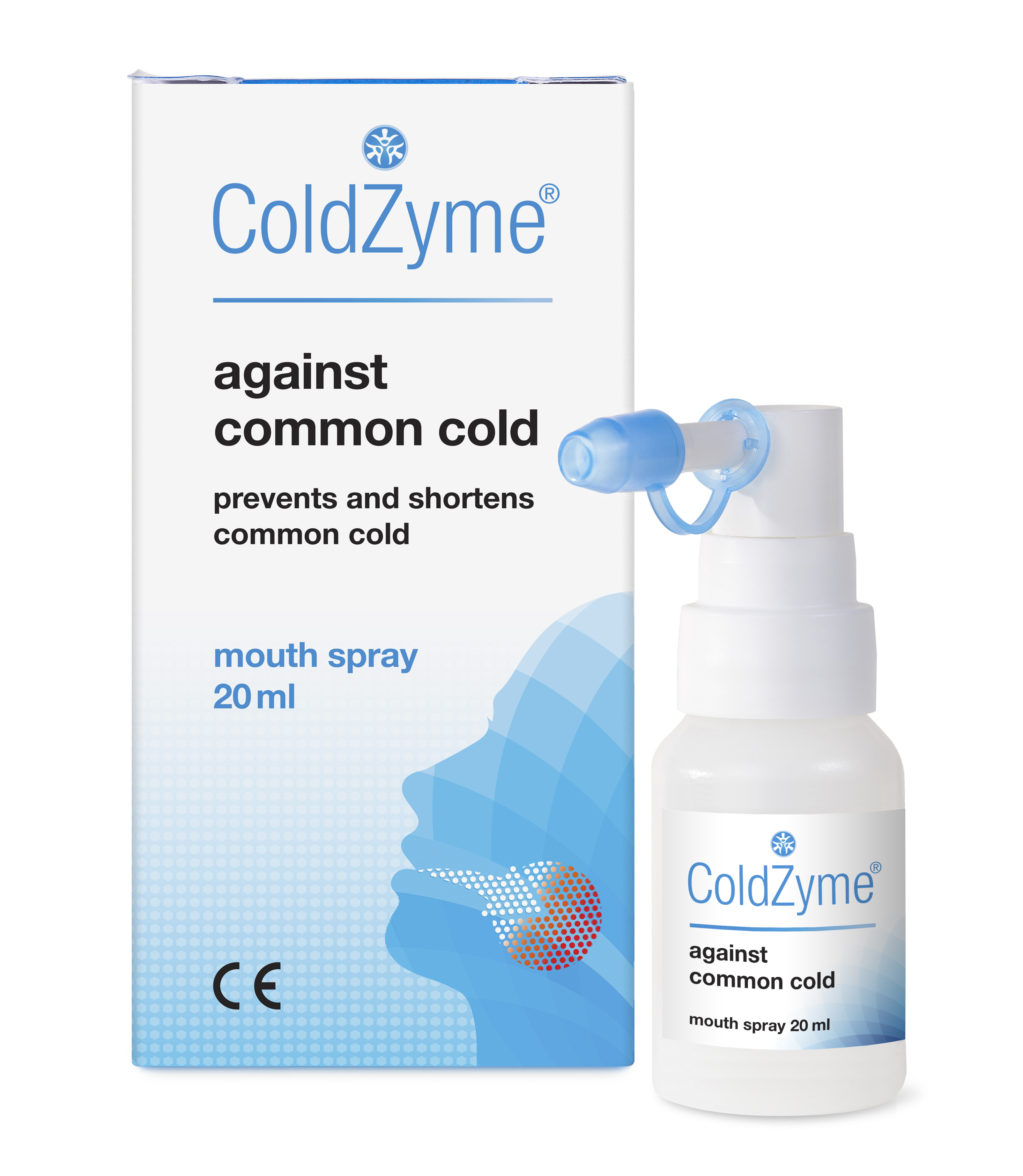 Trypsin is one of a group of cold adapted enzymes that function very effectively in the cold and are found in organisms, such as fish, that live in perpetually cold environments. Cold adapted trypsin is isolated from artic deep sea cod and was first discovered by Icelandic scientists who noticed that local fishermen and staff at fish factories had unusually soft and nicely conditioned hands, despite the harsh, cold climate and environment. With a suspicion that enzymes found in marine organisms might be the answer, further research isolated trypsin and in initial tests it showed remarkable skin caring and wound healing properties.

Further research also revealed the trypsin enzyme had exceptional properties in creating a protective barrier against bacteria and viruses. The enzyme is unique because it becomes super active at 37oC, for example when in contact with skin and/or mucous membranes, and at this temperature it starts to counteract infections.

The scientific breakthrough has led to the global patent protection of trypsin from artic deep sea cod and its use as an active ingredient and ColdZyme® is the first over-the-counter, preventative cold treatment to use the enzyme. The easy to use oral spray targets the mouth and throat where the cold virus takes hold and multiplies. It works by coating mucous membranes, creating a protective enzyme barrier that acts on the cold virus, trapping them and disabling their ability to bind to human cells where they would normally start to cause typical cold symptoms. The spray will also help to shorten the duration and severity of symptoms when used during the early stages of an existing cold.

The effect of the ColdZyme Mouth Spray on preventing a cold has been investigated in COLDPREV – a double-blinded, placebo-controlled study under advice from a UK expert in respiratory disease, Professor Sebastian Johnston from Imperial College, London. This study was conducted on 46 volunteers that were all infected with the most common virus that causes the common cold. Half of the volunteers received the product right after they had been infected with the virus; the other half received a placebo product that did not contain the enzyme formulation. The result of the study showed that ColdZyme reduced the virus load by more than 99% compared with the placebo. Moreover, it was shown among those catching a cold, the number of days with common cold symptoms were reduced (from 6.5 days to 3 days).

While most other cold remedy products only help reduce the symptoms of a cold (at best – since only very few of those have any documented effect), the ColdZyme Mouth Spray is acting on the cause of the disease itself. The spray is suitable for adults and children from 4 years+. One bottle of ColdZyme® 20ml is enough to treat three common cold episodes and ColdZyme® One Cold 7ml is enough to treat one cold.