Sugar is headline news, nearly ever day there is another story outlining the danger of sugar on the country’s health. It doesn’t help that sugar could be seen as an addictive substance, resulting in the release of mood enhancing substances (serotonin and beta endorphin neurotransmitters) in the brain. 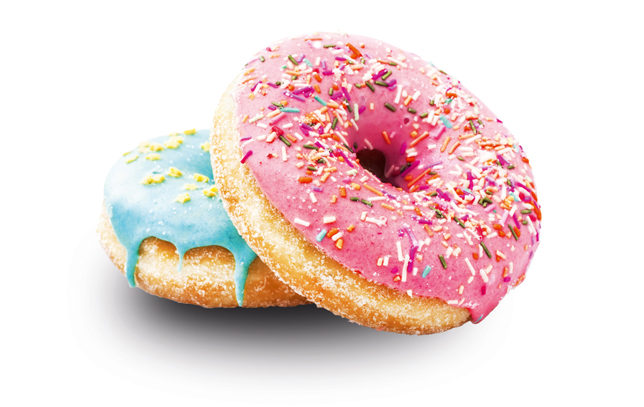 Whether it’s in the form of sweet treats, processed foods or drinks the result of excessive intake is the same; one third of the UK population are now classified as pre-diabetic. In fact, research from Diabetes UK showed that in 2016 the number of people living with diabetes reached over 4 million, an increase of more than 65% over the past decade. It is also thought that there are over half a million people with undiagnosed Type 2 diabetes.

What the government says

The Food Standards Agency (FSA) recently stated that sugar is the number one nutritional issue, this follows on from research by the Scientific Advisory Committee on Nutrition (SACN). Both recommend that the amount of sugar consumed needs to reduce to help address the growing obesity and diabetes crises and to reduce the risk of tooth decay. The high intake of dietary sugar, as well as increasing the risk of Type 2 diabetes also increases the risk of stroke, heart disease and even some cancers, and is also (in part) responsible for the rising levels of obesity. 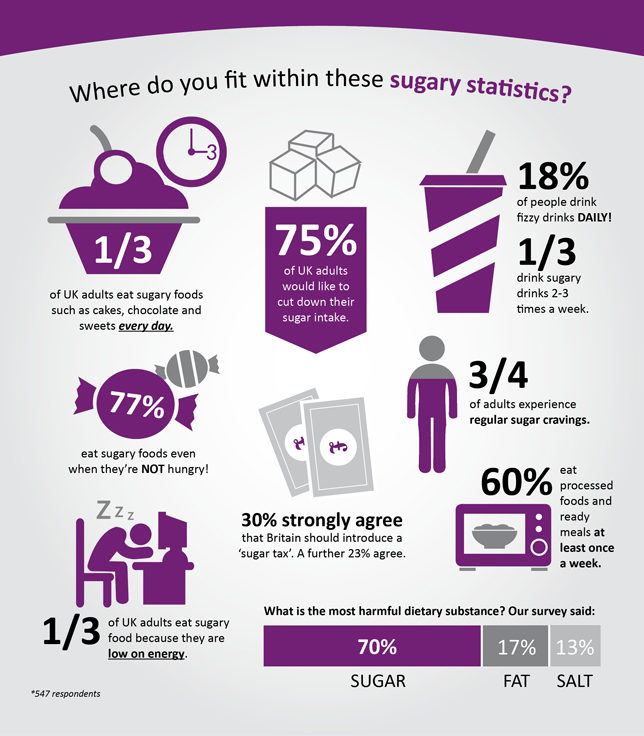 Many risk factors for the occurrence of type 2 diabetes are out of our hands, such as age, ethnicity and family history. Luckily, what we eat is in our control and these dietary changes can help us limit our risk.

In terms of sugar consumption, the World Health Organisation has recommended that daily sugar intakes should be no more than 5% of total calorie intake (approximately 25g/day for an adult). Starchy carbohydrates (wholegrain breads, whole wheat pasta, brown rice etc) are generally more slowly absorbed than their counterparts, making you feel fuller for longer and steadying blood sugar levels.

Adequate fruit and vegetable intake is vital, but the emphasis should be on vegetables. Vegetables offer a high density of micronutrients such as vitamins and minerals, and typically low instrinsic sugar. Fibre rich foods, healthy fats (such as oily fish) and lean protein are all healthy additions to a diet. More information can be found at diabetes.org.uk.

If you’re overweight or obese, you may be at higher risk of type two diabetes, as the pancreas struggles to produce enough insulin for the body’s needs. Fat tissue stored around the abdomen especially contributes to diabetes risk as it is considered highly hormonally active. This tissue has been shown to produce pro-inflammatory compounds known as cytokines, which can cause pancreatic issues including diabetes. Working towards reducing this excess weight through exercise and healthy eating choices can significantly lower you diabetes risk.

If you’re unsure if you’re classified as overweight or not, seek a health professional such as your GP for an accurate measurement. Most health professionals will take a BMI measurement, but this is falling out of favour as it doesn’t take into account lean muscle mass (so athletic and muscular individuals may be incorrectly read as overweight or obese)! The hip to waist ratio measurement is a much more accurate measurement for obesity, is inexpensive, non invasive and is becoming a more popular method of assessment with health practitioners.

To calculate your waist-to-hip ratio you need to measure your hips, measure your waist and divide the waist number by the hip number. According to the NHS, a ratio of 1.0 or more in men or 0.85 or more in women indicates you are carrying too much weight around the abdomen.

What else you can do to reduce your risk?

There are natural steps that can be taken to control blood glucose levels and to ensure that we can make the most of available sugars in our foods. Research published in Panminerva Medica in June 2014 showed that an extract of maqui berries known as Delphinol® can lower blood glucose, by reducing the speed at which glucose is absorbed into the bloodstream from the digestive tract. The active ingredient delphinidin was shown to inhibit the sodium glucose co-transporter (SGLT), which facilitates the uptake of glucose from food into the intestinal tissue and the blood, thus avoiding the sharp spikes in blood sugar which can result following eating.

The role of the trace mineral Chromium (found in small quantities of green leafy vegetables, poultry and nuts) in blood glucose management is well established. High blood sugar can also be a sign of chromium deficiency, and it can even resemble diabetes.

Adequate chromium intakes are necessary for optimum function of insulin and therefore, blood sugar regulation. Chromium status in individuals is difficult to determine, as there’s no biochemical marker that can reliably determine a person’s chromium status. When choosing to supplement with chromium, chloride or picolinate forms are common and typically have very low bioavailability (0.5-2%), meaning poor absorption from tablet to bloodstream.

ChromoPrecise®, a type of chromium yeast with up to ten times the bioavailability of chloride or picolinate forms, has been approved by The European Food Safety Authority (EFSA) after extensive investigation. It has also been confirmed that ChromoPrecise® helps maintain healthy blood glucose levels. 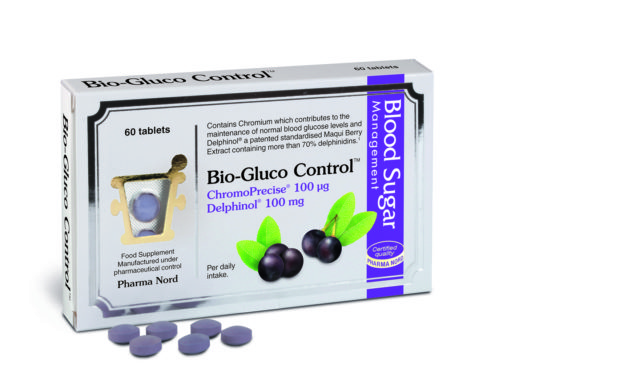 The unique solution for blood sugar management from Pharma Nord Bio-Gluco Control utilises both Delphinol® and ChromoPrecise® in a double action formula to make more efficient use of the sugar available in foods. It is recommended for those wishing to maintain a healthy weight; people suffering from fatigue and/or loss of concentration; those wishing to avoid energy highs and lows; and individuals dieting who need assistance to reduce cravings for sugary foods/carbohydrates and/or to prolong time between hunger pangs. 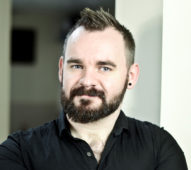 Frankie Brogan. ANutr. M.Sc. has worked in the health food industry for almost a decade and joined Pharma Nord earlier this year. He holds a Master’s degree in Human Nutrition with Ulster University and a bachelor’s degree in Food Quality, Safety and Nutrition from Queen’s University, Belfast. He is registered as an associate Nutritionist with the Association for Nutrition (AfN), which promotes professional, ethical and evidence-based practice amongst its members. Frankie is also a member of the Nutrition Society, an information resource for UK and Europe based nutrition professionals.

Frankie finds supplements to be the most fascinating area of nutrition, simply because the wide and ever growing range there is to choose from. With such an overflowing market, it’s rarely clear which supplements are the best for us. He has always relied on robust scientific evidence to help him decide which supplements he should recommend to his clients, or even take himself! One of the main reasons why Frankie says he was attracted to working with Pharma Nord is due to it being a company that produces respected, trusted and high quality products that are backed by years of scientific research.