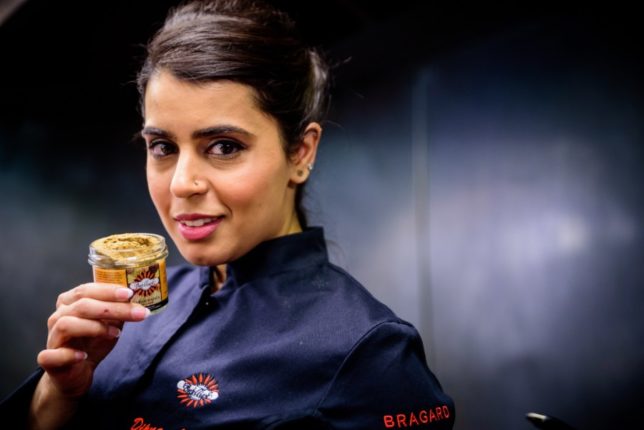 The 70 cover restaurant, Dip in Brilliant, follows the Anand family’s iconic restaurant in Southall, Brilliant, which opened back in 1975 and has earned an A-list following with patrons including HRH The Prince of Wales, Tina Turner and Kevin Costner. 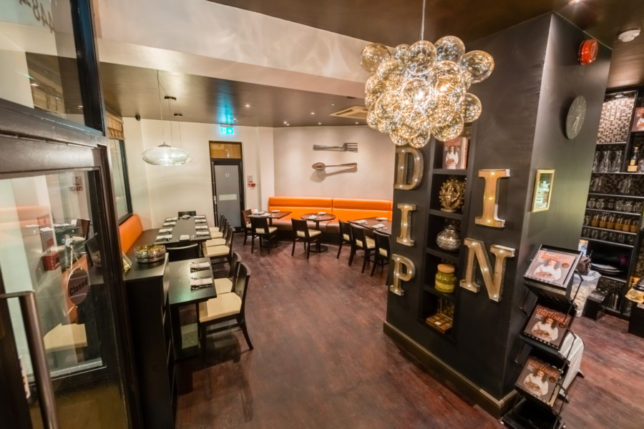 The Brilliant brand was founded by Dipna’s grandfather Bishen Dass who opened the first Brilliant restaurant, nightclub and hotel back in Kenya in the 1950’s. 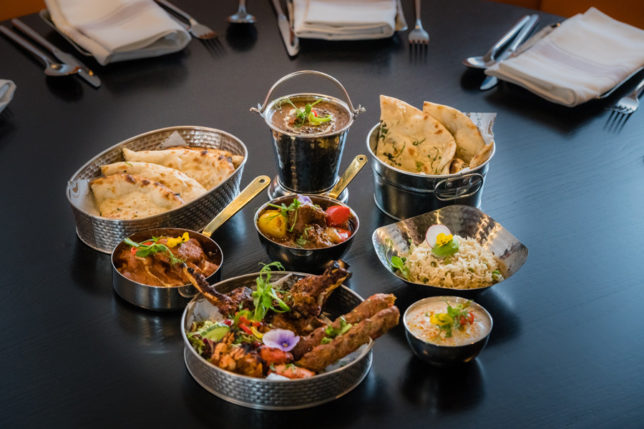 Her father Gulu brought the restaurant to the UK in 1975 flying the flag alongside his brother. The family, including Dipna and her brother Shankar, continues to re-create the original recipes that date back over sixty-five years, some of which can be found on the menu at Dip in Brilliant. 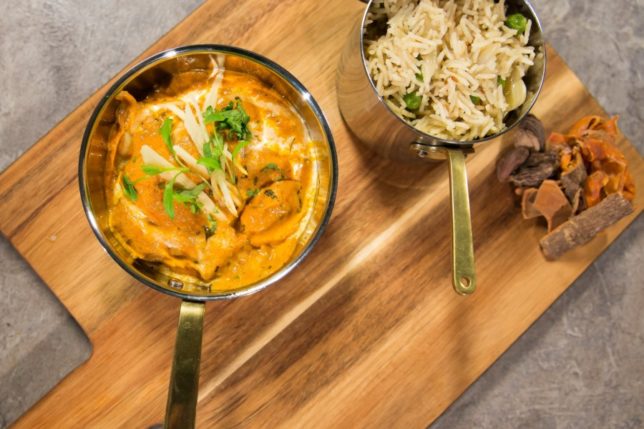 Dip in Brilliant is a relaxed and welcoming Punjabi café where diners eat from a thali (Indian name for a metal round platter), this in Dipna’s opinion creates relaxing food culture and also encourages the use of hands to eat making the meal even more delicious. 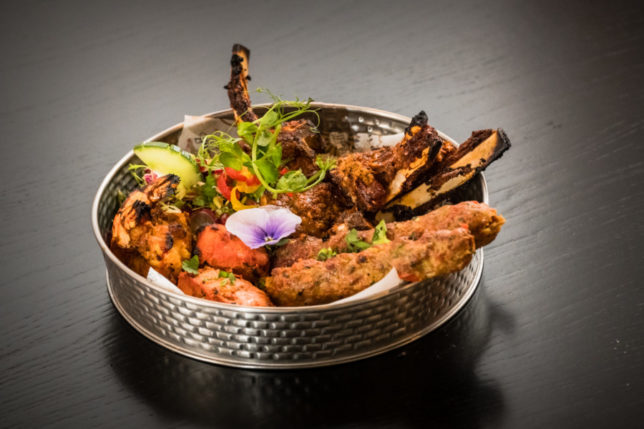 The menu gives a nod to the Brilliant brand, featuring signature dishes such as chicken tikka masala, papri chaat, tandoori mixed grill and biryanis. In a break from the expected, the Head Chef at Dip in Brilliant is Nigerian – a talented lover of Indian cuisine who was personally trained by Dipna’s father Gulu in their Southall restaurant. 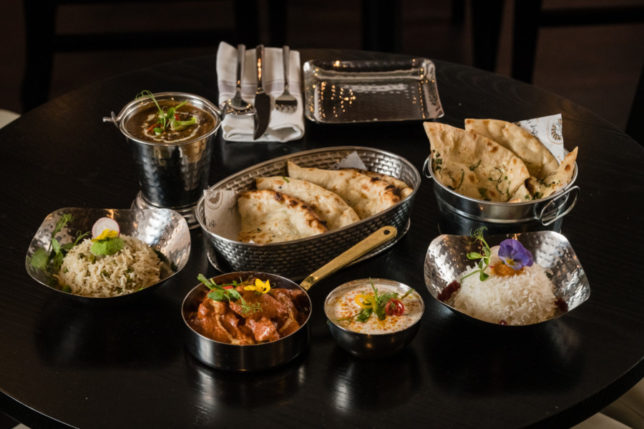 Dipna Anand, says: “For years I’ve been asked when am I going to open in central London and I’m so excited that the time is finally right to bring my love of Indian cuisine and Punjabi taste to Londoners. Indian food and culture is all about sharing and togetherness and that’s what Dip in Brilliant is about.” 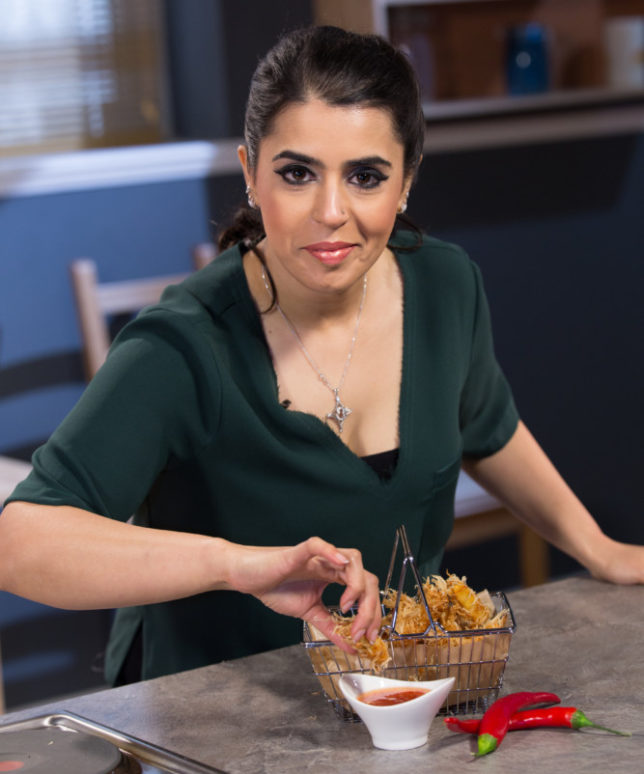 “I wanted to open a casual trendy Punjabi café style dining room where guests can dip in and enjoy enticing hearty Indian cuisine full of flavour yet balanced in level of spice. I look forward to welcoming guests who I hope will become a part of the Brilliant family”. 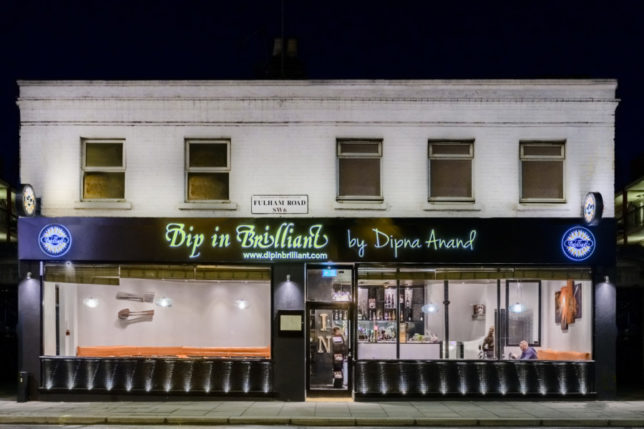 To start, we ordered a couple of Papadoms served with a trio of homemade Indian dips – Tamarind Chutney, Mango Chutney and Mint Chutney – all of which were delicious but the Tamarind Chutney was a firm favourite to whet the appetite washed down with a pint of Kingfisher –  India’s No.1 beer and the popular choice of countless British curry house fans. 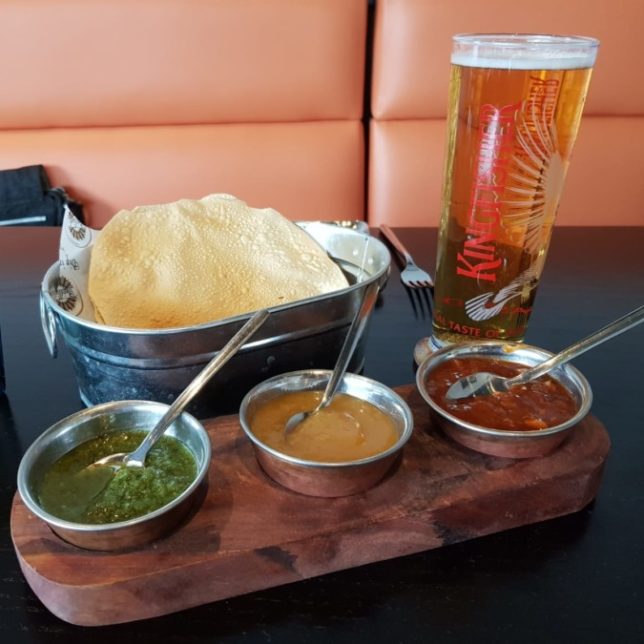 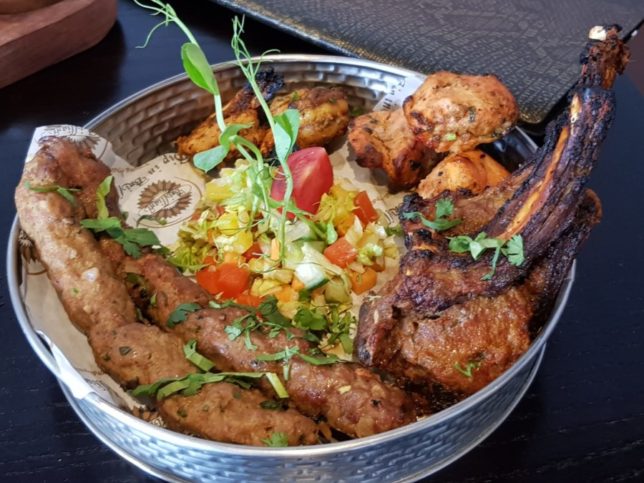 Accompanying these meaty morsels, we ordered some Onion Bhajis – the perfect Punjabi culinary partnership of potato, spinach and onion crafted into mini bhajis that were perfect for dipping into what was left of those gorgeous chutneys. 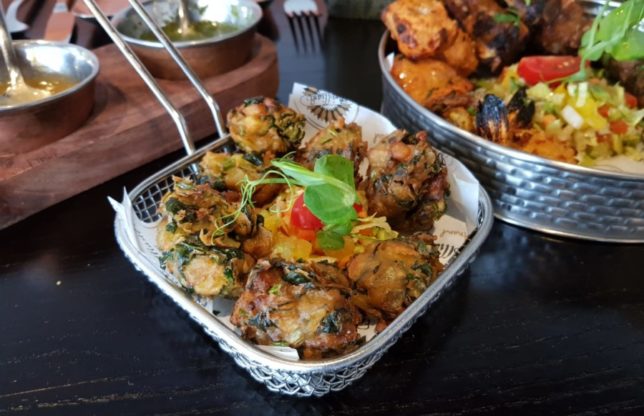 After the starters, it was time to explore the Main Dips – main courses that again encourage sharing. We decided to choose one of the much-loved Brilliant signature dishes – Chicken Tikka Masala which was full of authentic flavours and a far cry from the tomato based anglicised dish that lesser curry houses peddle. 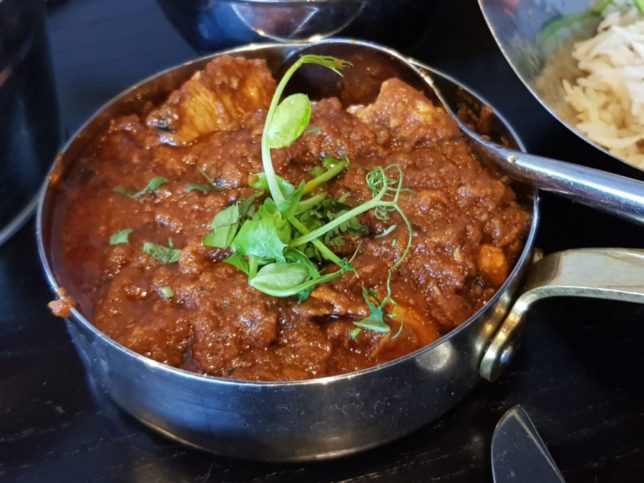 Our other Main Dip dish was the delicious Alu Chollay – a hearty chickpea and potato curry flavoured with the traditional spices of mango powder and pomegranate powder for a subtly sweetness that complimented the other spices and chickpeas perfectly. 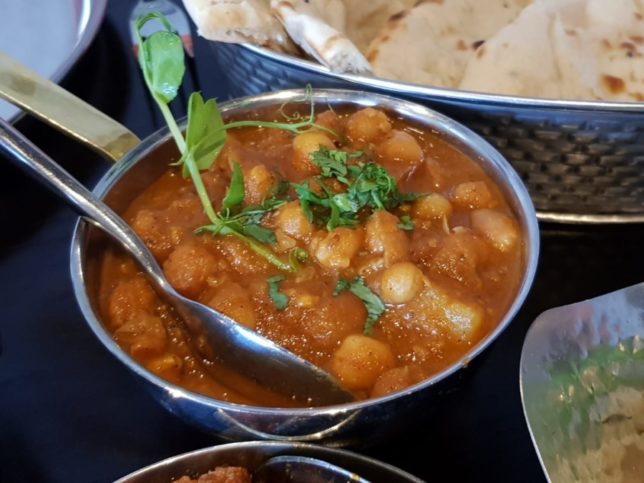 Keeping with tradition, we ordered Bhatura to go with the Alu Chollay chickpea curry. For those of you not familiar with this Punjabi bread, Bhatura is crispy puffy leavened bread deep fried – if you will, a cross between a puri and a naan that is served light and fluffy even though it’s fried. 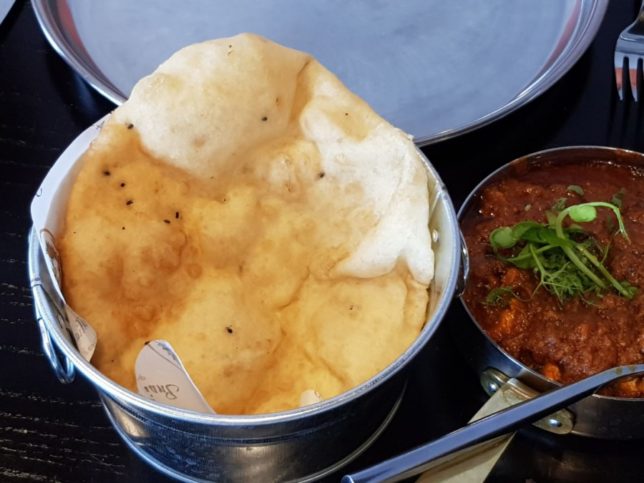 We also ordered Peshawari Naan which had the addition of whole cumin seeds adding a warm spicy note to the familiar flavour of this coconut leavened bread cooked in the tandoor oven. Of the two rice dishes on the menu we chose Pillau Rice – Basmati rice cooked with peas, imbued with fresh ginger, garlic and cumin. 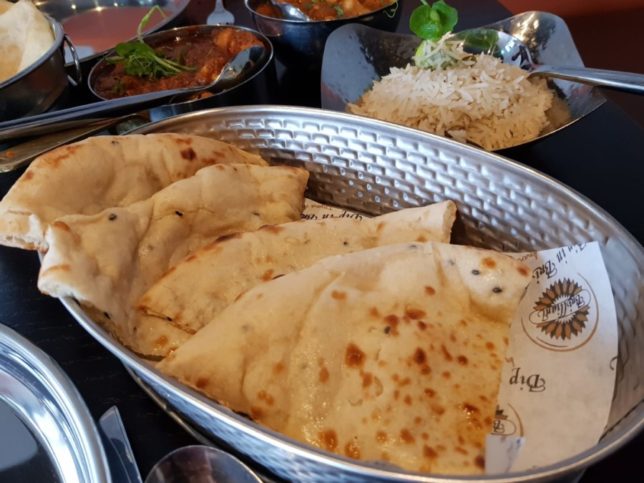 We were very happy with all the main dishes and accompaniments and eating from the thali and sharing each dish between us made us feel part of the atmosphere of sharing a convivial meal that Dipna has worked hard to create. 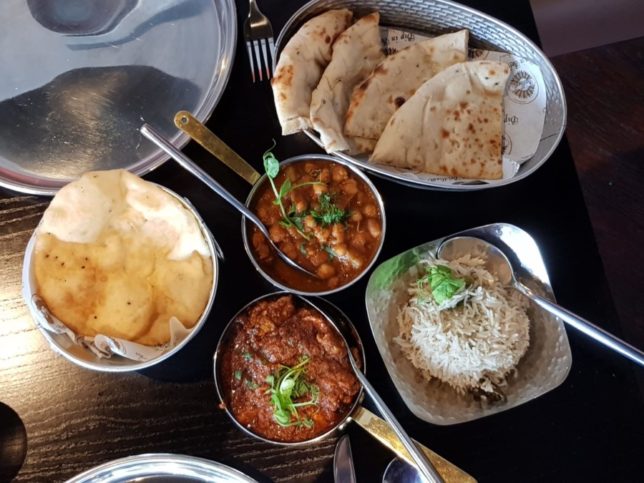 To finish, we ordered two desserts – an Indian classic of Gajar Ka Halwa and a British favourite, Sticky Toffee Pudding. The toffee pudding came with a generous helping of salted caramel sauce and added sparkle of gold lustre. 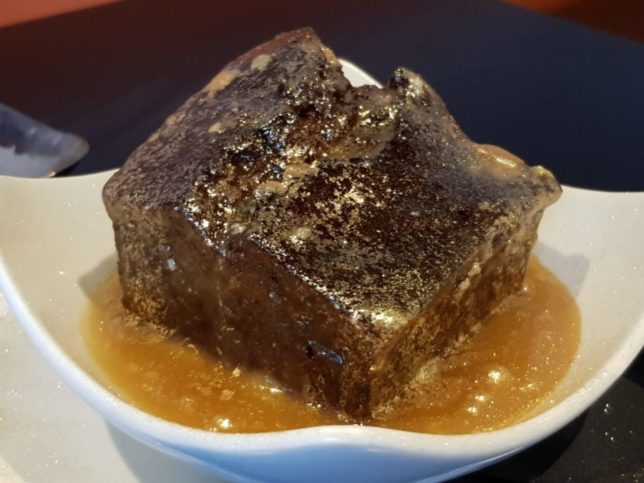 Our favourite dessert had to be the Gajar Ka Halwa or Carrot Halwa – a warm caramelised carrot dessert with pistachio and almond that was just the right level of sweetness and super satisfying. We could see why this dessert was such a popular choice. 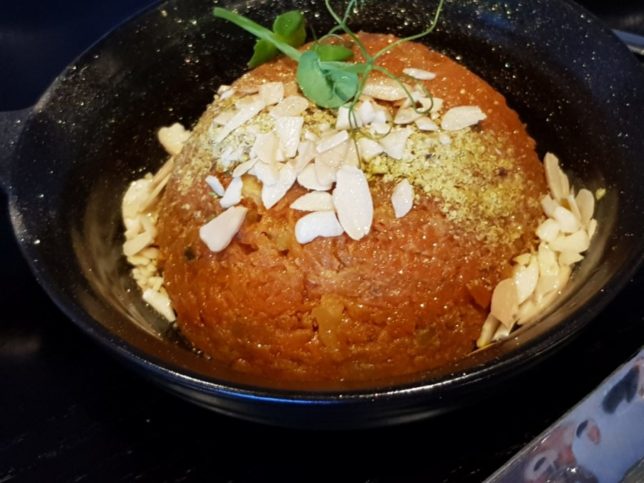 After the meal, we were lucky enough to spend some time with Dipna and she chatted to us about the new restaurant and filled us in on the exciting projects she has been working on including the new Tottenham Hotspur stadium where she joins the line up of world renowned chefs such as Chris Galvin, Bryn Williams and the Roux family who have all been brought in to deliver the fine dining premium offering at the club’s new home. Dipna also told us about the exciting launch of her second cookery book coming out in July which will see recipes for traditional Indian dishes alongside British dishes given an Indian twist. 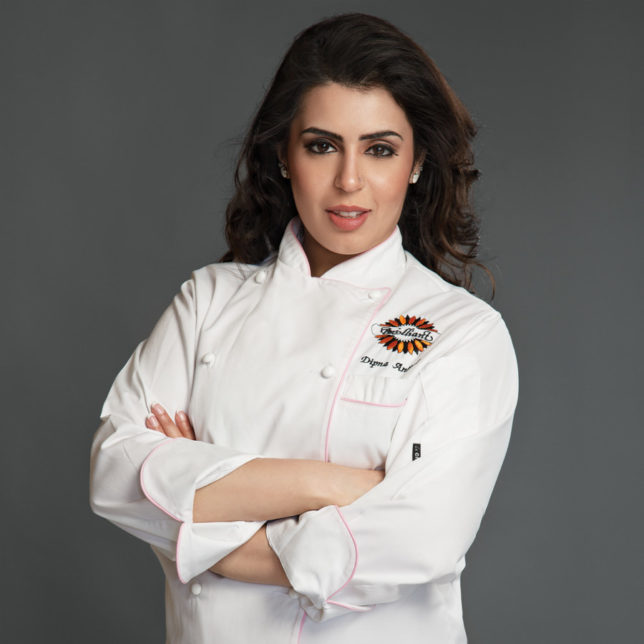 Dipna told us that being genuine in her cooking (and her life) is important to her with “Keep It Real” being her motto. She’s not afraid to muck in and get her hands dirty doing all the cooking herself when catering for even big companies like BNP Paribas. Speaking of which Dipna has just been named Celebrity Chef of the Year at the inaugural London Curry Awards. At the awards ceremony she praised her father Gulu Anand who she says has been “my mentor and my inspiration”. Her father’s passioante dedication to promoting authentic Punjabi cuisine and hardworking attitude certainly has rubbed of on his daughter as she forges ahead with her own restaurant at Dip in Brilliant and the other exciting projects Dipna has planned over the coming months.

Enter A Summer of Spritz with Carluccio’s at Canary Wharf

Afternoon Tea with a Moroccan Twist at Mamounia Lounge