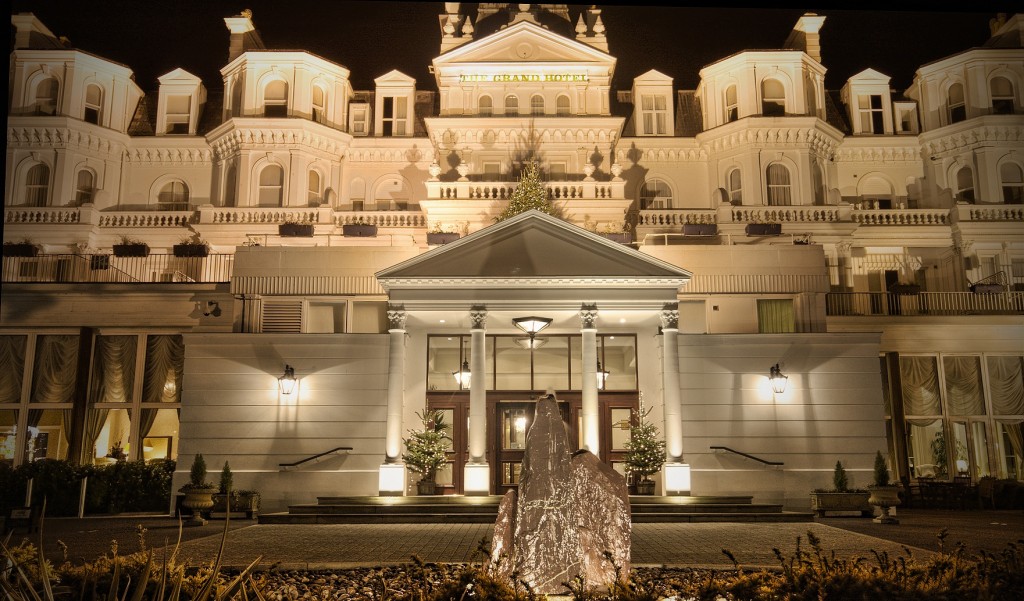 The Grand Hotel, affectionately known as ‘The White Palace’, stands imperiously at the West End of Eastbourne’s King Edward’s Parade, and reflects the town’s illustrious past. Having been meticulously restored to its former glory by Elite Hotels, the hotel epitomises the grandeur of the Victorian era.

Dominating the shoreline with its grand stature, this magnificent 19th century hotel is one of the finest of its kind, having welcomed a galaxy of the great and the good including Winston Churchill, Charlie Chaplin, Arthur Conan Doyle and King Constantine of Greece.

The hotel’s strong sense of history is apparent from the outset. The large gilded columns that line The Grand Hotel, the splendid chandeliers and high backed chairs around the roaring log fire, all set the scene for arriving guests.

On the 13th May 1874 the Eastbourne Gazette announced that local resident William Earp was proposing to build a magnificent hotel with a 400-foot frontage at a cost of £50,000.  The result was The Grand Hotel, constructed in 1875 in a superb position facing the sea, with views of Beachy Head, surrounded by ornamental gardens and tennis courts.

The Grand Hotel was built when the upper classes ruled the land and took their holidays by the sea, sometimes months at the time, taking with them their entire staff.  The Grand Hotel is famous for its long association with music.  Debussy completed his symphony ‘La Mer’ in room 200 in 1905, the BBC Palm Court Orchestra broadcast live from the Great Hall every Sunday night from 1924 to 1939 and Dennis Potter, whose Cream In My Coffee was filmed there, called it ‘a huge, creamy palace’. 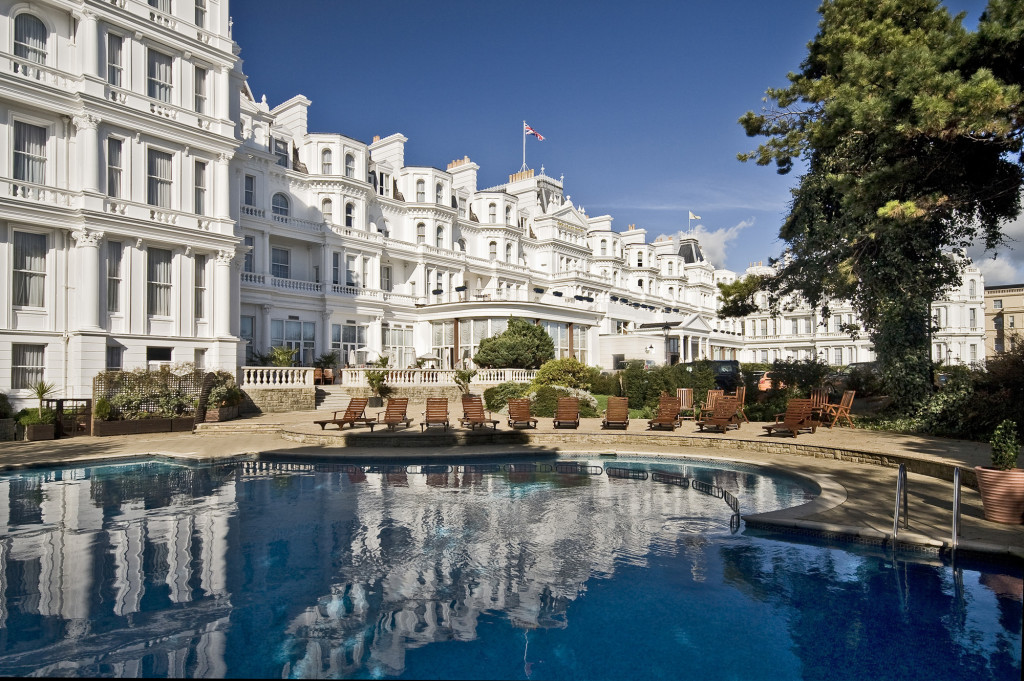 During the Second World War, Eastbourne was easy prey to air raids and the hotel eventually closed down and became a military headquarters.  The hotel was taken over by the De Vere Hotel Group in 1965.

In 1998 Elite Hotels acquired the property, and a complete refurbishment took place.  The luxury 5-star accommodation, with 152 rooms, many of which overlook the sea has been sympathetically restored to its former glory, whilst being modernised to meet 21st century requirements.

The 152 rooms, including 23 suites, 30 Junior Suites and 99 rooms most of which overlook Eastbourne’s sweeping promenade or the gentle rolling South Downs. The Presidential Suite has a four-poster bed and a spacious lounge with exceptional views overlooking this dramatic scenery.

Whether a guest enjoys exercising in the gym or being pampered by an expert therapist, The Grand Hotel caters for all. Both an outdoor and indoor pool are available and an enlarged gym area has been created along with eight treatment rooms, steam room and sauna. 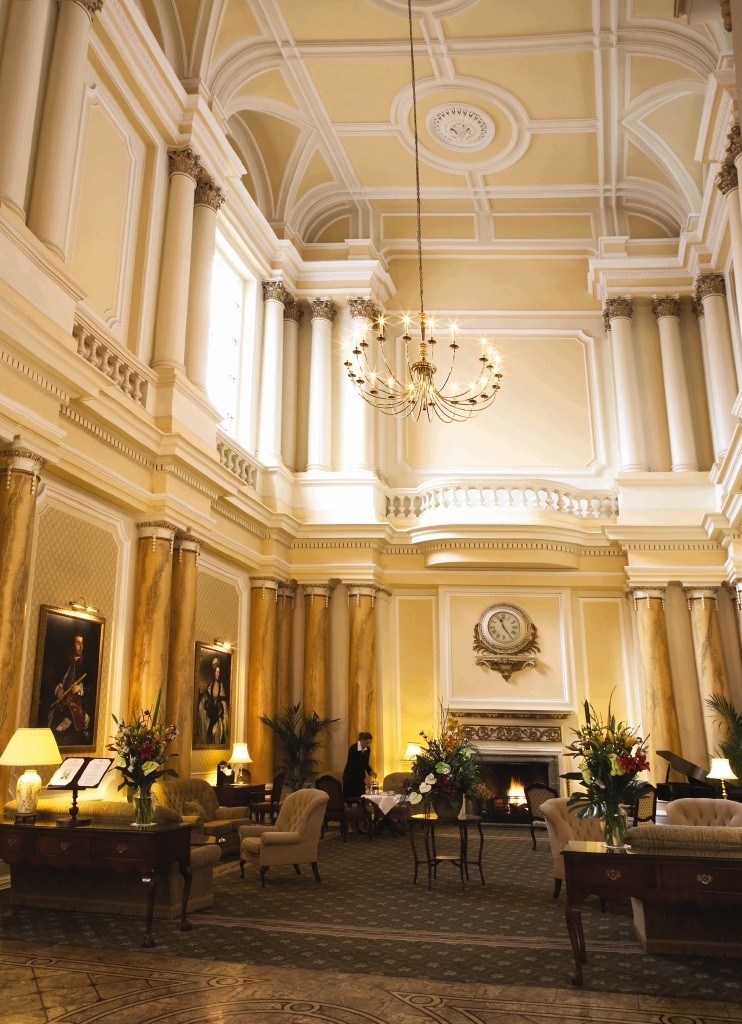 “Our stay at the The Grand Hotel Eastbourne was a splendid two days away from the hustle and bustle of London. We experienced everything from the spa which has the most exquisite Kerstin Florian facials which are a must for anyone wanting to look and feel younger with immediately noticeable results to the culinary delights of Mirabelle. The menu is delightful, just watch out for those extra supplement charges. You can see a selection of what we ordered in the gallery below.

We noticed the clientele ranged from couples celebrating their anniversaries to families dining, however the children were all impeccably behaved and in blazer/jacket and ties! Our favourite part of the weekend was the afternoon tea and features heavily in this review. Indulging in afternoon tea just feels so right in this idyllic setting.

We where shown to the impressive Great Hall, and sat down to the dulcet tones of an electric piano playing easy listening classic music while we gazed at a magnificent open fire. The walls were adorned with ladies and gentlemen from times gone by and complemented the shear expanse of the beautiful space. Interestingly the BBC chose the Great Hall for their weekly broadcast ‘Grand Hotel’ every Sunday evening during 1924 – 1939 and its main feature was the hotels orchestra. The acoustics were said to be unmatched. To experience a taste of the atmosphere as it once was, the Palm Court Strings play on the last Sunday of the month during afternoon tea. 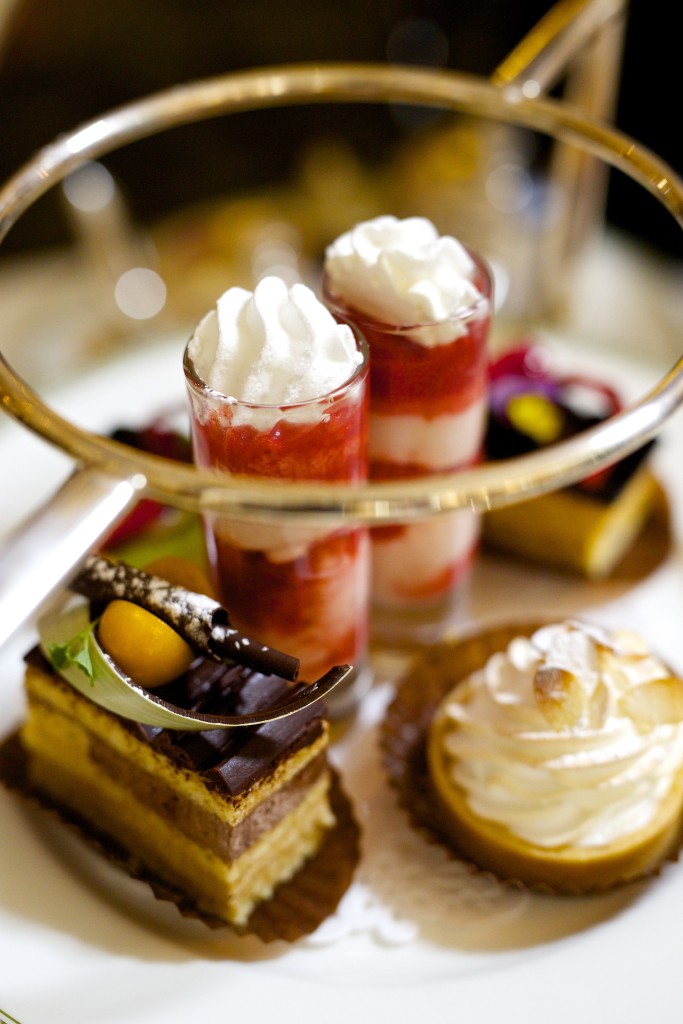 The afternoon tea consisted of a selection of sandwiches including; egg mayonnaise with tomato, cream cheese with cucumber, coronation chicken, and smoked salmon. Peanut butter and jelly can also be ordered although this is usually saved for children. The menu also consists of freshly baked scones come with beautiful strawberry jam and clotted cream and a selection of traditional pastry’s, Eton mess and a selection of infused and herbal tea.

After a beautiful afternoon tea what was better than to walk the Eastbourne seafront and take in the historic atmosphere. I will definitely be returning with my Grandmother as it seems the proper thing to do! On that note, The Grand Hotel truly caters for everyone and is disabled friendly. If you have a disabled person in your party, scooters can be borrowed so they to can enjoy the freedom of Eastbourne. An interesting point to note is that disabled friendly rooms are also available, which include walk in showers and hand rail bars.

A wonderful weekend with delightful staff and a friendly  yet refined atmosphere.”

The hotel offers conference and banqueting facilities, discreetly organised so as to blend in with the smooth running of the hotel. Importance is placed on meeting the flexibility, comfort and support required for every guest whether it’s for a private board meeting, a large celebratory dinner or a memorable wedding reception.

There are 17 fully equipped conference and meeting rooms of varying sizes, the most impressive of all is the Compton Room, located on the ground floor, which can accommodate up to 300 guests in a dramatic theatre-style room. Stunning floor-to-ceiling stained glass windows line the room, allowing for the natural daylight to stream in and highlight the impressive white stucco pillars.

Weddings at The Grand

At The Grand Hotel the wedding co-ordinators will work with the bride and groom ensure that all the arrangements are perfect. The Grand Hotel is licenced for conducting civil ceremonies, partnerships and wedding receptions also plays host every year to The Grand Wedding Showcase, offering brides-to-be help and advice in the run up to the big day.

The hotel offers a choice of Silver, Gold or Platinum wedding packages, ensuring that there is something to suit every style and budget.

The inspired menus created by Keith Mitchell and his Head-Chef, Gerald Röser have won The Grand Hotel’s restaurants numerous awards and an envied reputation. In relaxed settings a wide variety of culinary delights have been designed with care and are complemented by fine wines from the extensive cellar.

The main hotel Cocktail bar is located leading from the Great Hall, opposite the Garden Restaurant.

Mirabelle Restaurant
The culinary concept at The Mirabelle is the brainchild of Keith Mitchell who lead the kitchen brigade in the restaurant 12 years ago. Subsequently, Gerald Röser left his own 3-rosette eatery to place his own mark on this fine dining restaurant. 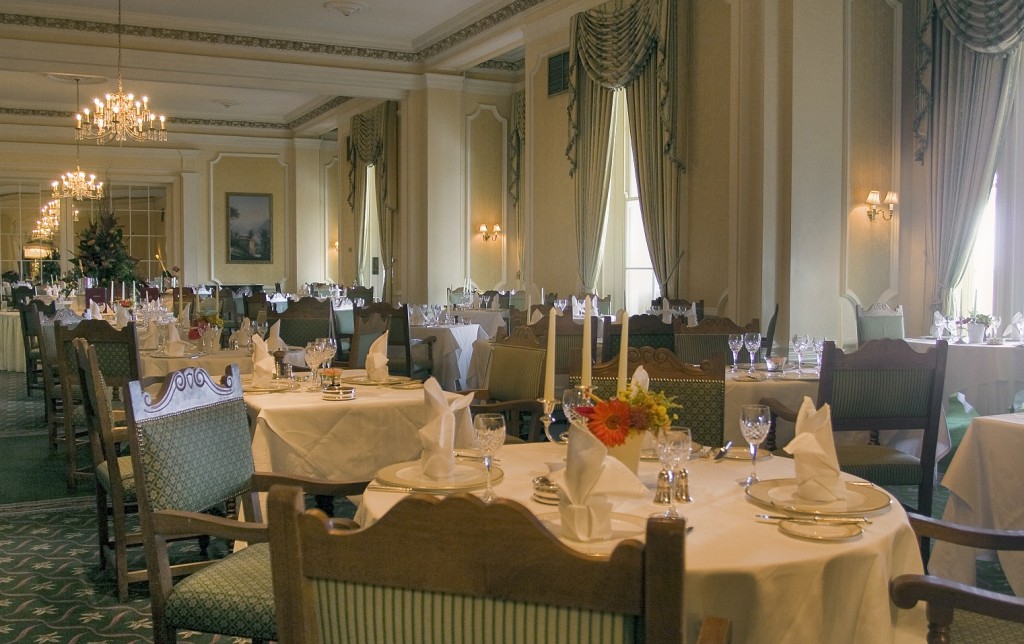 The Mirabelle boasts a modern European menu. Dishes such as seared scallops with smoked salmon and avocado ice cream are featured on the extensive menu.

The restaurant, with its own separate entrance, has won numerous awards; The Independent recently voted it in the top ‘50 Best Restaurants in the UK’ and the Good Food Guide has featured the Mirabelle since its opening.