Fertility, and in particular egg freezing, has been high on the news agenda in recent months. Due to the sensitive nature of the subject, there is often confusion surrounding the facts – from the lifestyle choices that may impact your chances of falling pregnant to whether or not you are able to select the gender of your baby.

Here, the internationally renowned Dr Manuel Muñoz of IVI Fertility Clinic has provided answers to five of the most commonly asked questions regarding the subject of fertility…

Dr Muñoz explains: “it’s key for couples who are having problems conceiving to understand that the issues could be caused by either of them. The latest statistics suggest that 30% of infertility cases are caused by masculine problems, including alterations to the semen, prostrate pathologies, ejaculation problems or alterations in the semen. Another 30% are the result of feminine issues such as early menopause, cervical abnormalities or ovulation problems. The final 40% of cases can be attributed to either a combination of problems, or unexplained causes.”

Dr Muñoz explains: “It is true that in the UK all donors are legally able to contact children born from their donation, once the child has reached 18. It is also true that donor-conceived offspring are able to search for the donor once they turn 18. Unsurprisingly, this is a worry for many couples who are considering using egg donation to conceive as it can jeopardise their choice as to what details they wish to share with their children about their conception. In light of this, thousands of British couples choose to travel to Spain each year in search of quality medical care and egg donation as a difference the law means that it is completely anonymous.”

Dr Muñoz explains: “There are several different treatments which we can use to assist fertility however, the most commonly used are:

Egg freezing, in which the woman’s eggs are extracted, frozen and stored for use later in life, is another treatment available for people who wish to preserve their fertility until a later age.”

Dr Muñoz explains: “It is true that being overweight can hinder a woman’s ability to conceive through IVF. This is due to the fact that embryos work in a different way according to the female body mass index. A recent study by IVI identified that embryos from obese women secrete less saturated fatty acids to the culture media than women of a normal weight. This has an impact on the success of implantation, and due to this obese women will find it more difficult to conceive.”

Dr Muñoz explains: “Legislation on assisted human reproduction techniques in the UK does not permit gender selection. In the majority of European countries who offer assistance with human reproduction, the sex of the child cannot be chosen unless it is done to prevent a serious gender-related hereditary disease.” 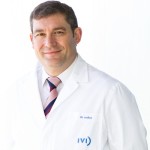 Dr Manuel Muñoz is Director of IVI Alicante, and a leading expert within the field of assisted reproduction. After studying at both Valencia and Alicante Universities, Dr Munoz started his career as a military Doctor before turning his attention to human reproduction, first joining the IVI group in 1997. As part of his role, Dr Munoz is heavily involved in research and development within the industry and to date has had his work published in over 25 scientific publications.

IVI Fertility was founded in 1990 as the first medical institution in Spain fully dedicated to Human Reproduction and it now has 26 clinics in seven countries. Since its creation, IVI has helped over 90,000 children to be born around the world. IVI is one of the most prize-winning groups in the world (winner of eight ASRM awards) and it has the most scientific publications in its field. In addition, it boasts numerous renowned specialists whose scientific work and clinical results have been awarded international prizes.

How to Attract High Ticket Leads

How To Combat Allergies In The Home This Spring