Jackson + Rye, the purveyors of delicious home-cooked East Coast American inspired food have opened the doors to its latest restaurant in the heart of the City of London. As I stepped across the threshold, the richly decorated interior caught my eye. 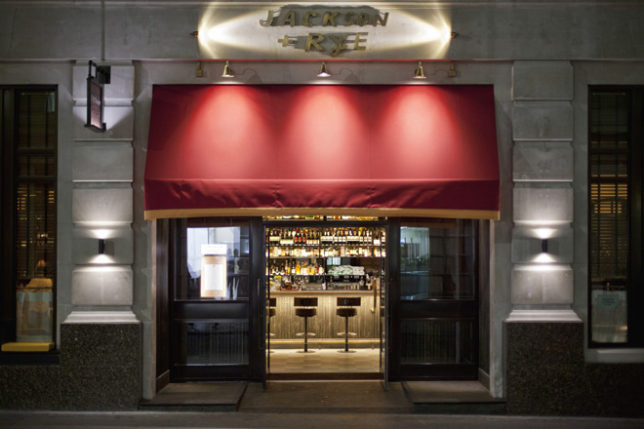 Lots of warm dark wood, leather, subtle but statement lighting, tea lights on each table, vintage mirrors and early 20th century prints on the wall set the scene for an intimate yet smart dining space. 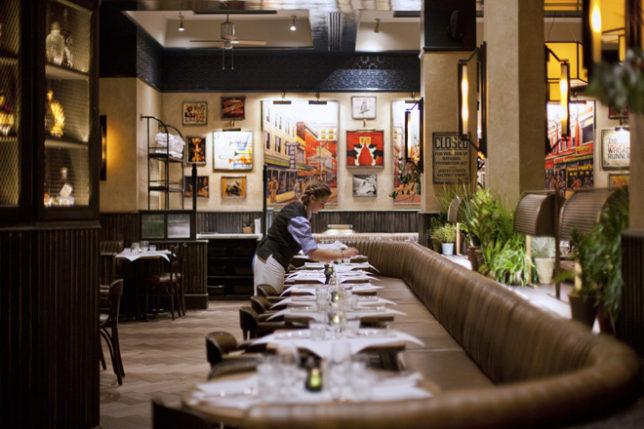 The fifth restaurant of this hugely popular brand is located at 30 Old Jewry, on the original site of a bank with some historic features like the bank’s elevator still present which transports guests down to the basement restrooms. 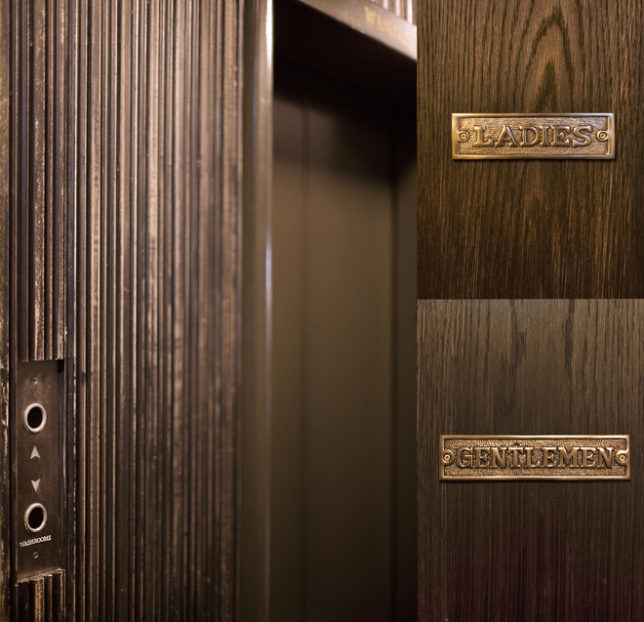 The new restaurant is positioned perfectly for the City’s financial movers & shakers and Jackson + Rye in the City have interestingly kept the old bank vault… perhaps to house certain city bankers who need to think about what they’ve done?!

As I perused the menu, my waiter offered some nibbles for the table in the form of Hush Puppies. The truffle and polenta hush puppies were little crispy polenta balls laced with truffle and served with a cool parmesan and cream cheese dip for a wonderful balance of cool and warmth. This was a welcome opening to my American dining adventure and hushed the barks of my hunger puppy! 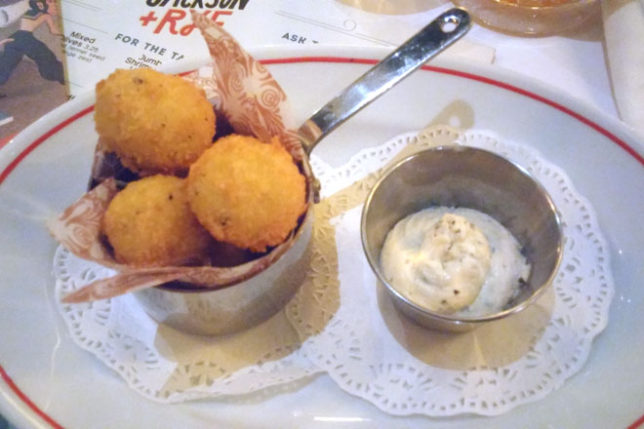 To refresh the parts a hush puppy can’t reach I ordered the Arnold Palmer – the eponymous non-alcoholic beverage of iced tea and lemonade invented by the American golfer. It was very refreshing and suited me to a tee (pun intended!). 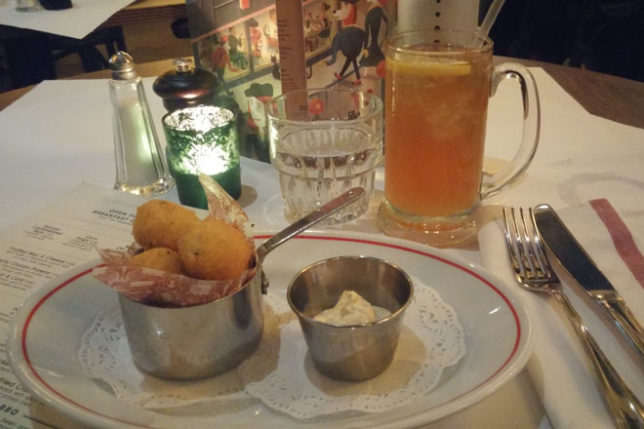 Having not had a decent clam chowder since I was last in Boston, I couldn’t help but contemplate the New England Chowder for my starter. But the Blue Swimmer Crab Cakes looked tempting too. Decisions, decisions! Luckily Samir, my attentive amiable waiter, was on hand to solve my quandary and suggested I try both of these popular dishes. Who was I to argue with such accommodating hospitality! 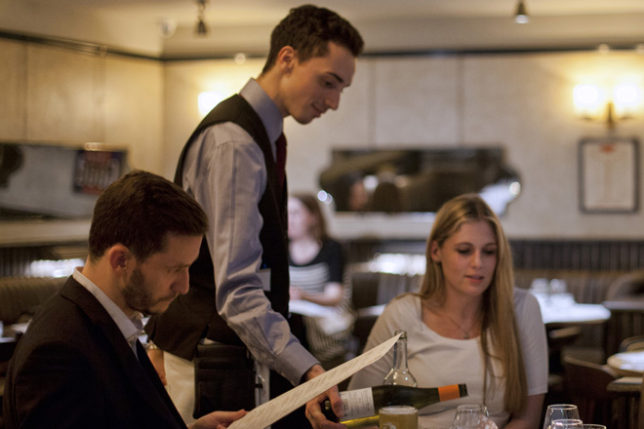 The New England Chowder contained scallop, clams, sweetcorn, leeks & potatoes in a smoked haddock cream sauce. Rich in flavour and creamy in texture. The calms are served in the shell with a juicy scallop sitting proudly in the centre. Samir gracefully poured the sauce over the seafood before I dived in to experience beautifully tender calms with that recognisable slightly chewy texture. 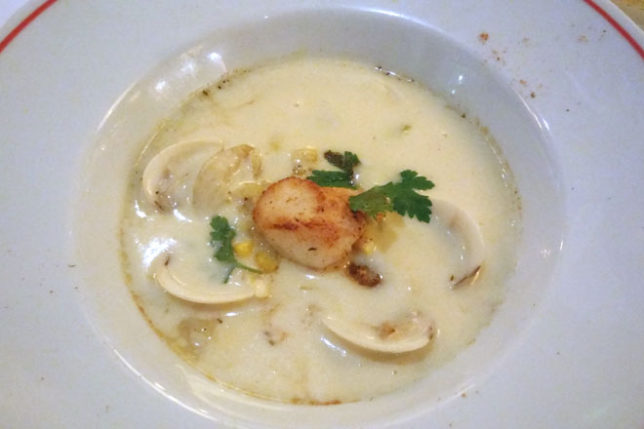 The Blue Swimmer Crab Cakes have a hint of chilli and come served with a tangy radish slaw and chipotle sauce. The crab cakes have a crunchy crumbed coating which once broken into release fresh ocean aromas from the crab which waft up from the plate to tantalise the taste buds. This dish had a winning combination of flavours from the tangy slaw, piquant Chipotle sauce and richness of the crab. 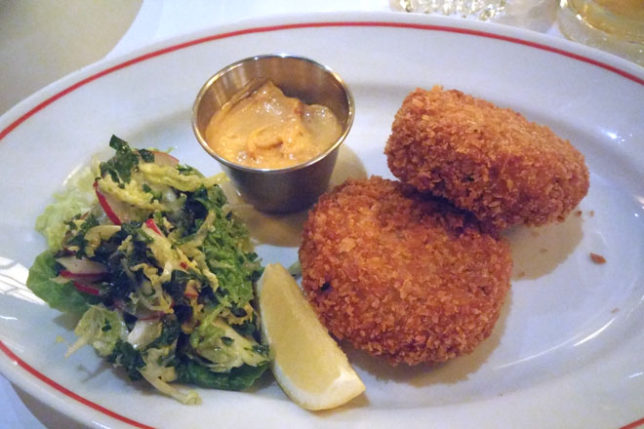 Moving on to the main, Samir recommended his personal favourite of the Fillet Steak cooked medium rare and instead of the Garden Salad I was going to choose, he recommended I try the Gem Lettuce Wedges served with ranch dressing, bacon crumb & blue cheese. Being a Frenchman, he loves blue cheese and suggested it would pair well with my steak. I’m not usually a fan of strong cheese but as his recommendations had hit the spot each time so far, I thought I’d step out of my comfort zone and venture into blue cheese territory. The Fillet Steak arrived with its self serving of Smoky Rye Sauce and my chosen accompaniment of tenderstem broccoli. 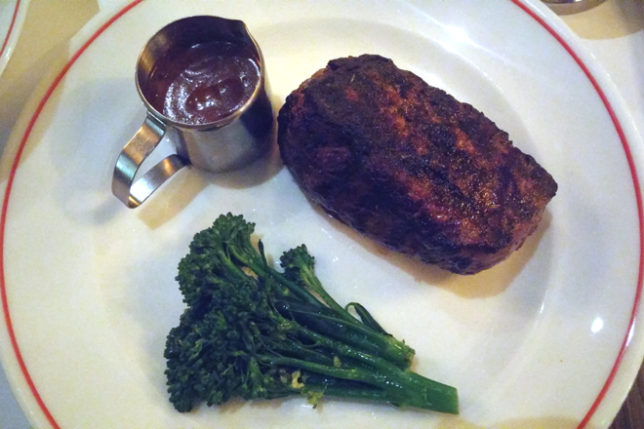 The waiter’s recommendation of the gem lettuce salad had a pleasant contrast of creamy ranch dressing against the heady richness of the crumbled blue cheese. This luscious side was perfect with the meaty full bodied flavours of the fillet steak. I thanked my waiter for yet another winning recommendation! 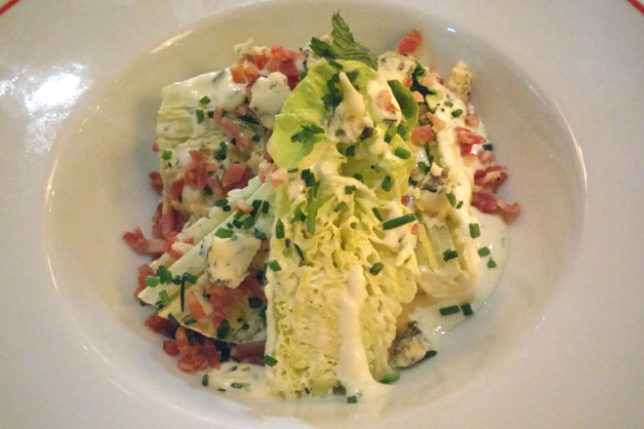 Jackson + Rye’s steaks come from Certified Premium Black Angus Cattle and have been aged for a minimum of 45 days before being chargrilled on the Robata grill then brushed with herb butter. My fillet steak was divinely tender with a juicy pink centre and a flavour-enhancing charred surface. Come in for a closer look… 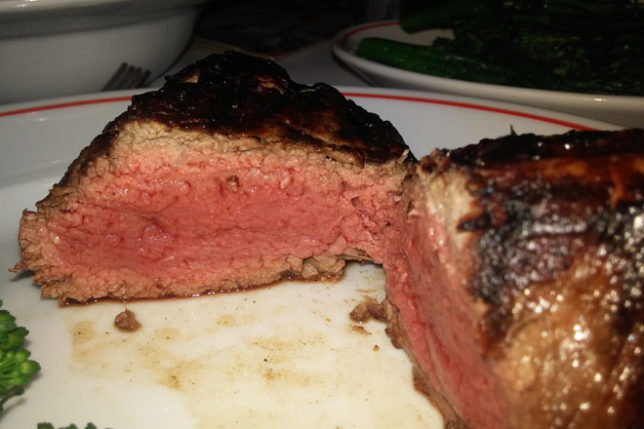 Having left just enough room, it was then time for dessert. Samir recommend the very theatrical Melting Chocolate Sundae but I had my eye on the Pecan Sundae. Another quandary. The solution? Try both said the waiter. And with the caveat that I wouldn’t have to clean my sundae dishes before I could leave the table, it was time for double desserts! 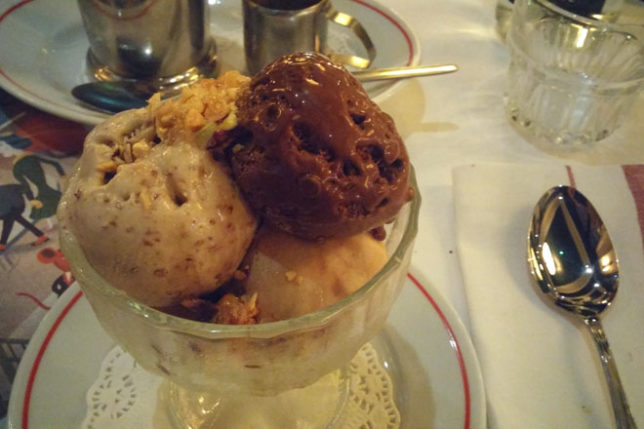 Samir’s choice of Melting Chocolate Sundae sounded perfect for an Instagram Story and the camera phone was at the ready…. 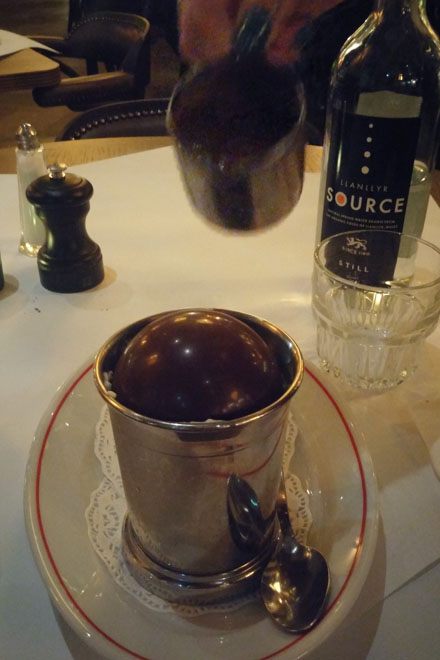 The Melting Chocolate Sundae consists of vanilla ice cream with chocolate brownie base served with warm butterscotch sauce poured over a chocolate dome. 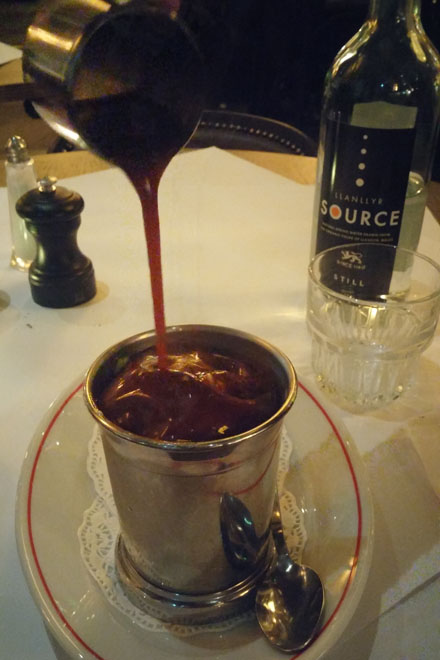 As the chocolate dome melts, the rich toffee flavours of the warm butterscotch sauce melt into the cool vanilla ice cream to created a creamy chocolate pool of yumminess to delve into and discover fudgey dense chocolate brownie pieces at the bottom of the dish. 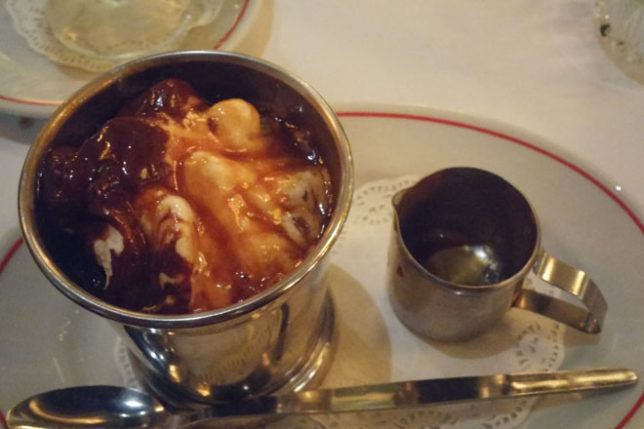 And to finish my deliciously decadent dining experience, hold the coffee because my friendly waiter informed me that the team have just invented a new hot beverage that blends hot chocolate with… wait for it… peanut butter! As a PB superfan, this drink had my name on it! Well, it might as well have because it’s so new that the restaurant hasn’t named it yet. My initial thoughts were ones of yumminess and this is surely going to be a very popular winter drink. They could call it “Liquid Snickers”. Sounds divine despite the copyright issue!