Kensington Place first opened its doors more than 25 years ago in 1987 and has established itself as the first modern British brasserie in London perfect for those seeking a relaxed and casual dining experience. The destination restaurant has become a Notting Hill institution known for serving the best British fish and seafood there is. 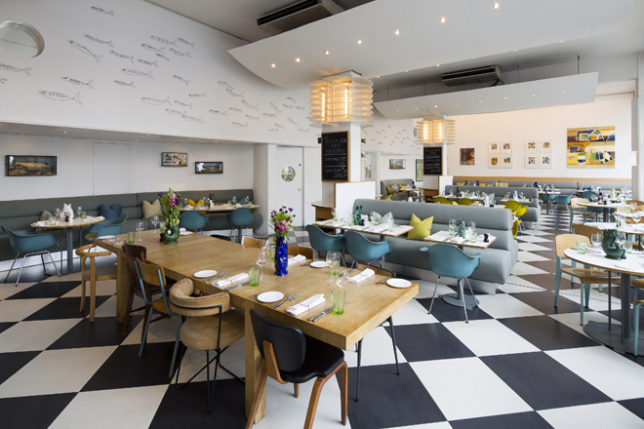 With its floor-to-ceiling windows and open plan space, the bright and airy interior designed by Polly Dickens captures the fresh, vibrant and charming atmosphere of this West London restaurant which has launched a brand new brunch menu just in time for the indulgences of the festive season. Created by Head Chef Ian Waghorn, the Kensington Place weekend brunch menu features light and revitalising dishes, with an emphasis on fresh fish and seafood. 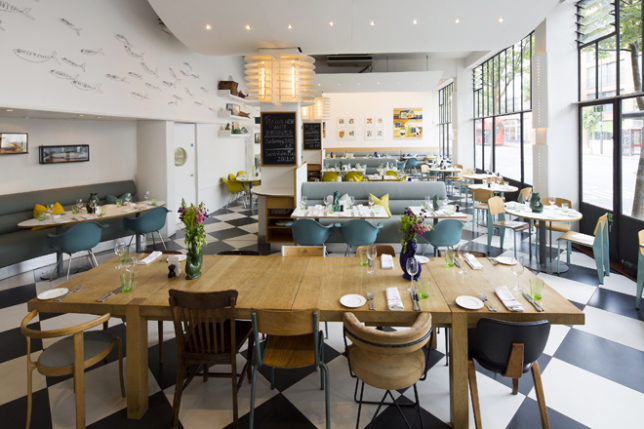 The brunch menu is available every Saturday and Sunday, from 12pm – 3.30pm, and features delights such as the KP soft shell crab sandwich made with gem lettuce and chilli jam and served with triple cooked chips. Sweet dishes and brunch cocktails are also available, such as KP waffles served with vanilla yoghurt & berry compote and classic brunch beverages like bucks fizz, Moët & Chandon bubbles and freshly squeezed orange juice. Bottomless Prosecco and Bloody Marys can be added to the meal for £15 per head. 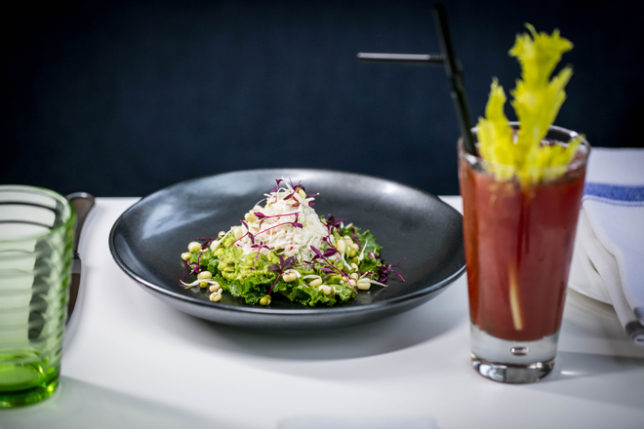 Arriving at Kensington Place on a chilly but bright Saturday in West London, I dropped my coat off with the hostess and shown to my table. Right next to the expansive windows, it was the perfect position for some weekender people watching while nibbling on the deliciously moreish poppy and sesame bread and to sharpen my appetite I ordered a guilt-free Virgin Mary served with just the right spicy kick to enliven the tastebuds without being overpowering on the palate. 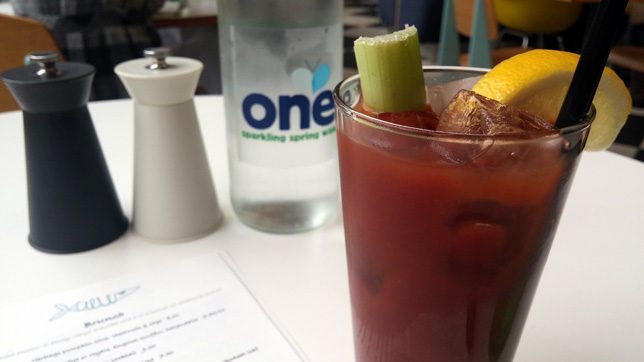 I began my weekend brunch with KP Prawn Cocktail, a restaurant classic that’s been given a modern twist by Waghorn with the addition of finely diced apple and cucumber mixed with mini croutons and equally mini datterini tomatoes flashed under the grill to bring out their sweetness. 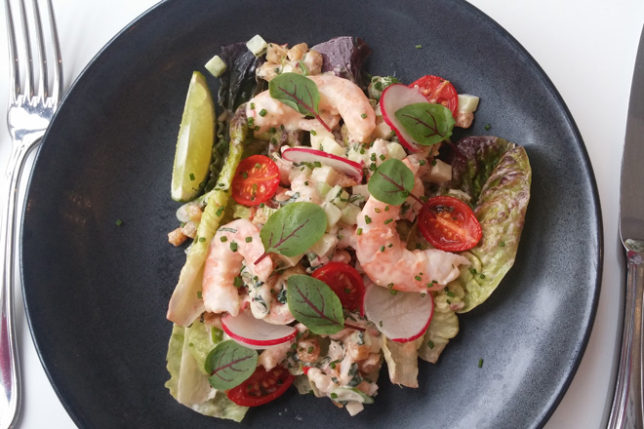 The prawn element is a combination of fat juicy tiger prawns and sweet little shrimp. The contemporary cocktail dressing is a blend of the usual suspects with the addition of brandy for flavour and cayenne pepper for a spicy kick. Come closer to look at the succulent seafood 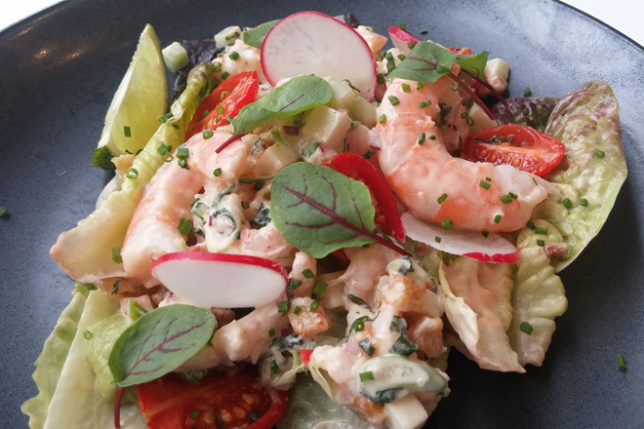 Moving on to the second course, I order the Seafood Spaghetti – a dish showcasing KP’s emphasis on the freshest seafood.  Plump mussels, juicy tiger prawns and succulent Palourde clams demonstrate Waghorn’s culinary mastery for choosing the best examples from the sea to bring to the plate. 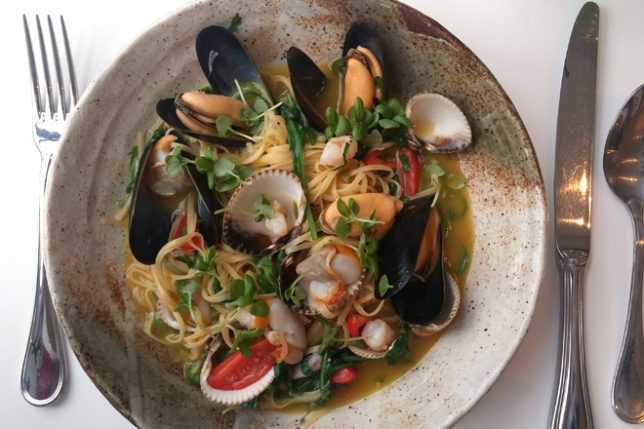 The seafood nestles amongst ribbons of linguini bathed in a buttery fish broth spiked with chopped red and green chilli. Freshness is introduced with another appearance of datterini tomatoes joined by peppery basil cress. 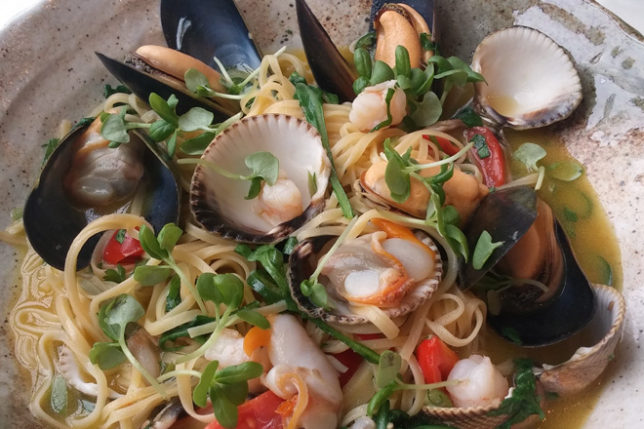 For those with room for dessert, in addition to the KP Waffles you can also choose from sweet treats like Apple & Quince Crumble as well as a decent selection of house sorbets and ice creams. My choice of Dark Chocolate Brownie with Hazelnut was rich and fudgy balanced by a light frothy chocolate sauce. 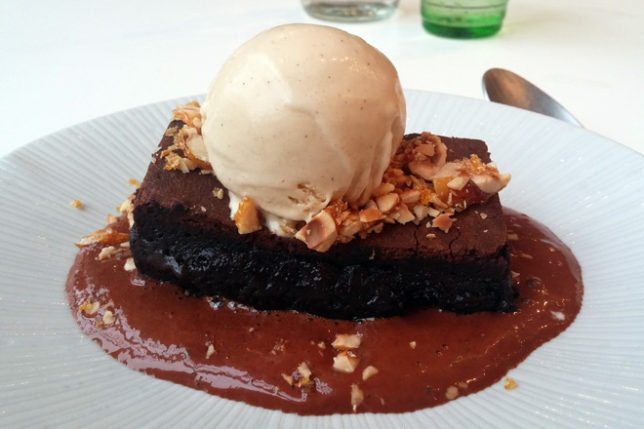 The scattering of crushed roasted hazelnuts conjuring up memories of praline and Ferrero Rocher. My personal addition of gingerbread ice cream rather than classic vanilla brought a suitably seasonal touch of creamy festive goodness to this decadent dessert. 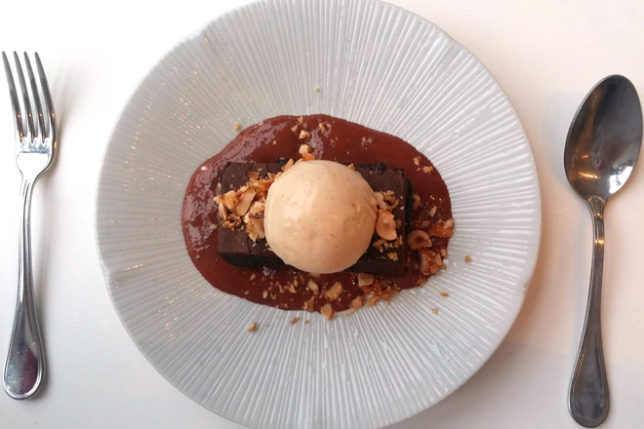 On ehas to admit that Kensington Place is definitely the place for a sensational seafood brunch this season!

In January, Kensington Place will also be partnering with Equinox Kensington to offer a series of Vinyasa flow ‘Reshape Morning’ yoga classes followed by brunch. On Saturday 14th January and the two following Saturdays in January, the classes will be held in the private dining room at 10.30am, accommodating up to 14 guests. 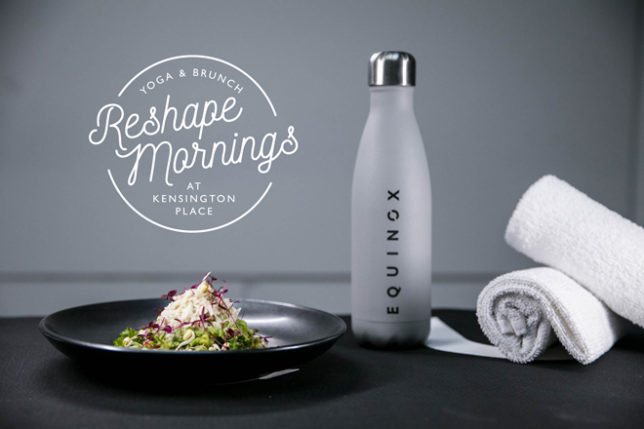 The classes are available as part of a package, followed by brunch and including a specially created Marmalade cocktail by Chase Distillery, priced £30 per person or £25 for Club D&D and Equinox members.