Situated in London’s exclusive Belgravia area, just a short walk from Buckingham Palace and opposite the world renowned Goring Hotel, Kouzu opened in November 2014. Arguably the best Japanese chef in the UK, the renowned Kyoichi Kai, of Zuma and Arts Club fame, heads up the experienced, all-Japanese kitchen team or ‘cast’.

The starring role at Kouzu is played, however, by the exquisite food. With a broad menu offering, including not only sashimi and sushi, but charcoal grill dishes, tempura, specials & salads, Kouzu uses the freshest ingredients and top of the range suppliers from the UK and Japan. The restaurant also boasts a traditional omakase sushi bar for an authentic and exclusive dining experience, where each pair of diners enjoy the undivided attention and expert recommendations of their own dedicated sushi chef. 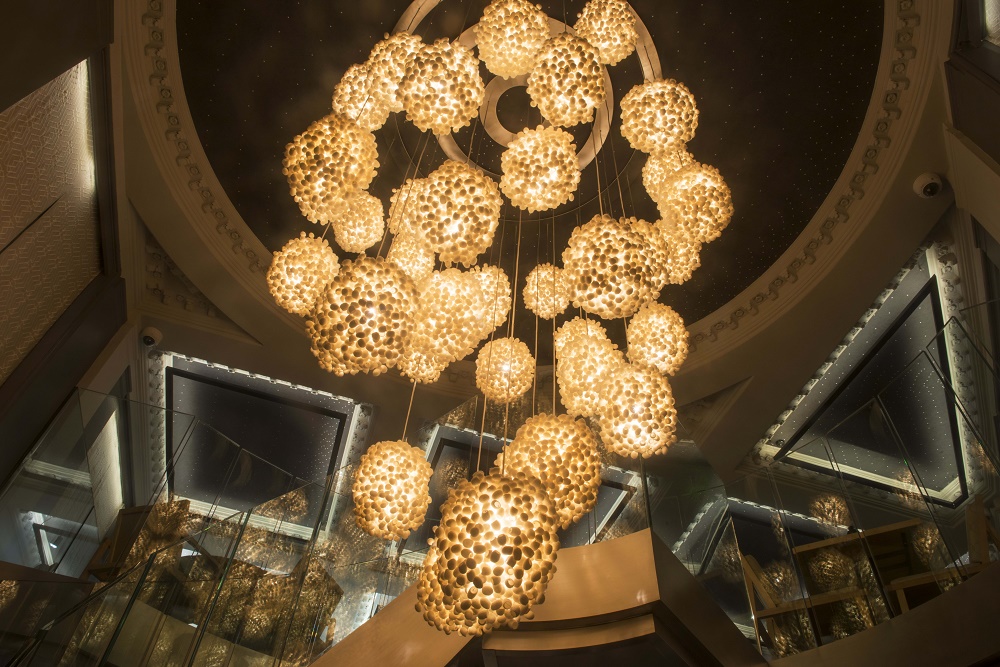 With lunch and pre-theatre menus ranging between £20 and £30pp, Kouzu is an affordable option for true lovers of Japanese cuisine, whilst offering the highest quality food, ingredients and a fine dining experience to rival the top sushi restaurants in the capital.

Kouzu is an upbeat Japanese restaurant in the heart of Victoria. Upon arrival we were greeted by the waiter and set down with a bottle of bottled water. It was interesting to note that the water served was courtesy of thirsty planet “You hydrate we donate” an ethically sound and naturally sourced british spring water. The ambience designed by the Hakassau DJ was a light dance chill out mix, and the décor was Japanese art paintings that had formed part of an exhibition that could be purchased retailing at £9000 from the restaurant walls.

The cocktail list ranges from a Momo Awa a twist on a Bellini to a pink grapefruit Pina Colada and smoky whisky sour. We were lucky enough to attend when the bar tender was experimenting for his next summer cocktail. The fresh smell of watermelon was a delight to the senses and the mix of four different spirits including Tequila, Vodka, Gin and Rum balanced the sweetness of the watermelon making the cocktail dangerously drinkable however is yet to be named. You must enquire on your next visit as to whether it has been named yet. There is currently a competition set by the bar manager for the best summer cocktail, so offer your input when chatting to the friendly staff. 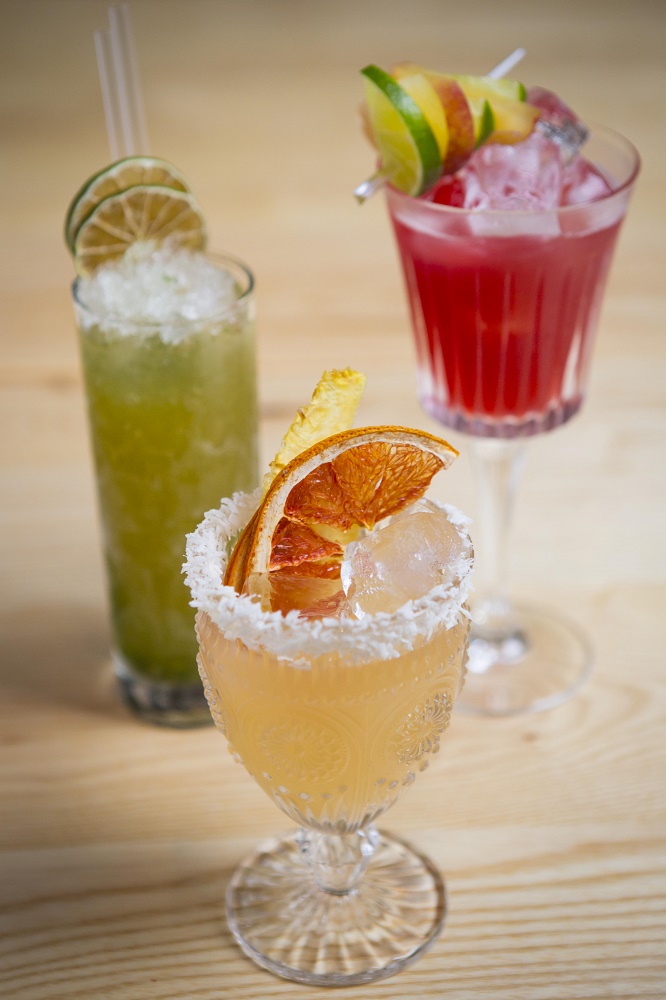 To drink we choose Passion Victoria the smoky whiskey sour and the Kouzu Mojito which was beautifully refreshing and decorated with dried fruit crisps which are made in house with no artificial additives and cut and dried on site. These are a dish you would want to try on its own merit.

We ordered a selection of sashimi to include the Toro (tuna), salmon, sea bass and an unusual choice of turbot. Japanese palates that know their sushi state that the turbot can be buttery but to my palate the toro absolutely melted in the mouth. The maki was spicy tuna, ebimaki and spicy California roll. 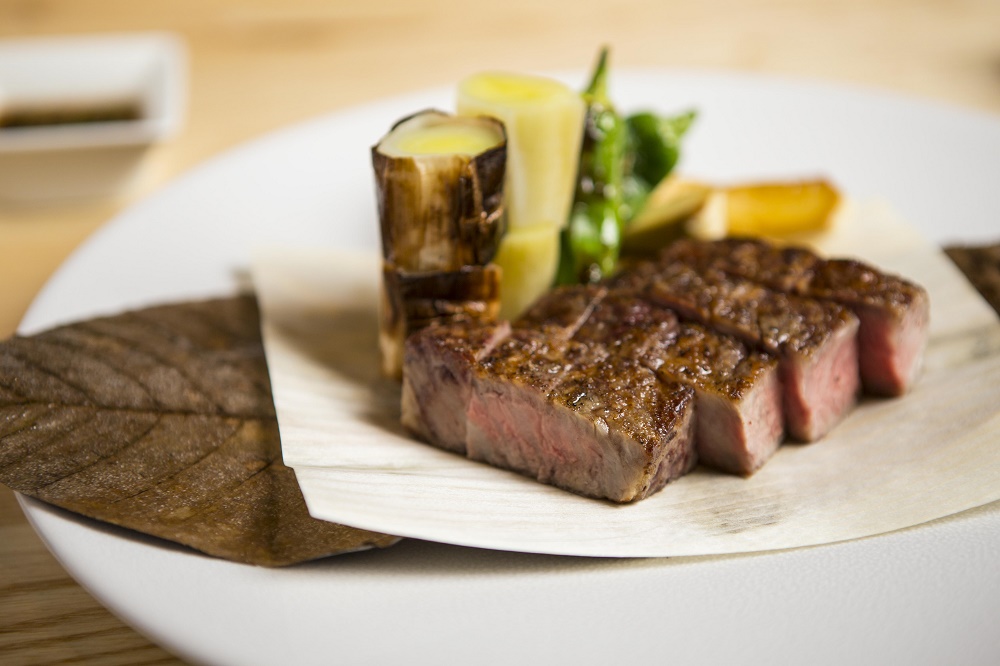 Kouzu introduces new seared sashimi which is a delightful twist to tantalise your taste buds. I ordered the crab tartar served with celeriac remoulade, tobiko orange, and wasabi tartar sauce. The dish was topped with an abundance of very finely sliced chives. My dinning companion ordered the Foie Gras as a recommendation. The flavours of the fatty liver with the rich blue cheese melted on top with a teriyaki and mango sauce was an inspired creation. The sweet potato base made this a comforting and warming option.

The next course was the aburi selection, the O-Toro with sun dried tomato and a seasoned reduction. The Yellow tail contrasted nicely with jalapenos and to contrast we were offered a salmon nigiri lightly brushed with soy sauce. The comparison was very educational. Aburi works best with fatty fish but I would say the O-Toro was “out of this world” probably the best combination of flavours I have ever experienced in a Japanese restaurant. 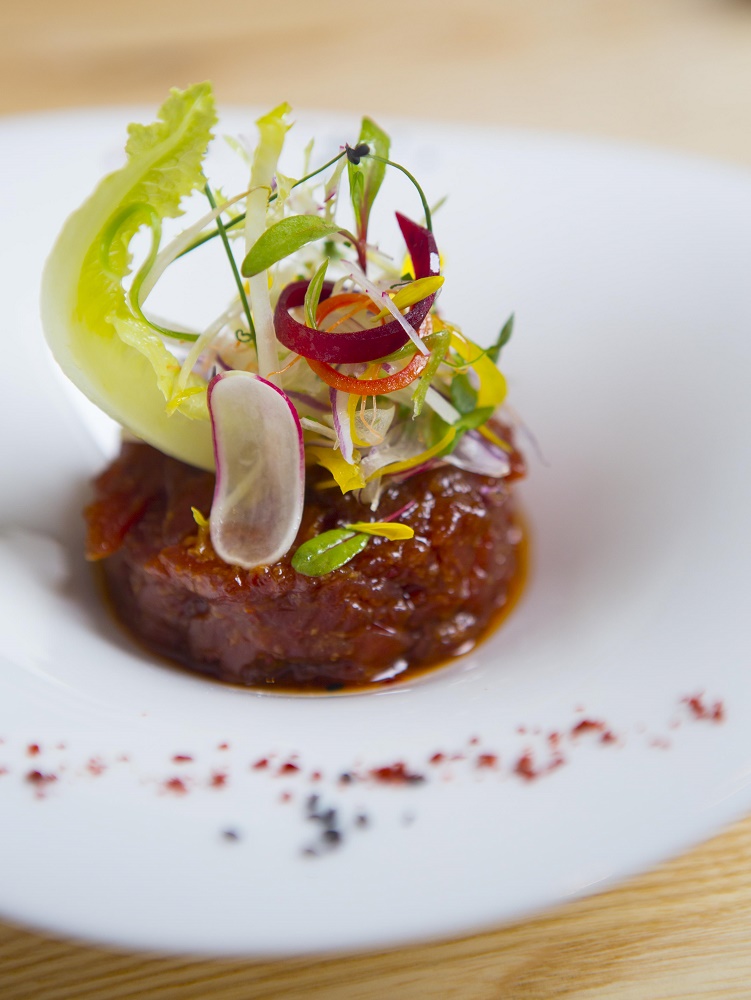 The black cod with its citrus flavours and flesh that flakes to the touch was sweet yet creamy and aromatic, a well thought out dish. We had the sweet potato with honey butter and black sesame seeds as a side which came beautifully cooked with a crispy skin. I was told that the Shiso paste Scallops with yuzu soy and shiso paste was a “marmite” option you either love them or hate them. Having tasted a variety of dishes so expertly created by the chef I decided to risk it having never ordered shiso before. The verdict was 3.5 stars out of 5. The herby and earthy flavours, mirin, soy, chive my palate said a great balance to the explosive flavours of the other dishes.

After such a beautiful meal we didn’t have much room for dessert but were persuaded to indulge in Kouzu unusual dessert menu. We had the Black sesame mille feuille with coconut Malibu flakes and coconut ice cream. This dessert was a very rich but balanced nicely by the black sesame seed. Another interesting selection would be the green tea fondant with a white chocolate component. Perfect for tea lovers however those who feel it overpowering can indulge in the vodka sauce on the side. 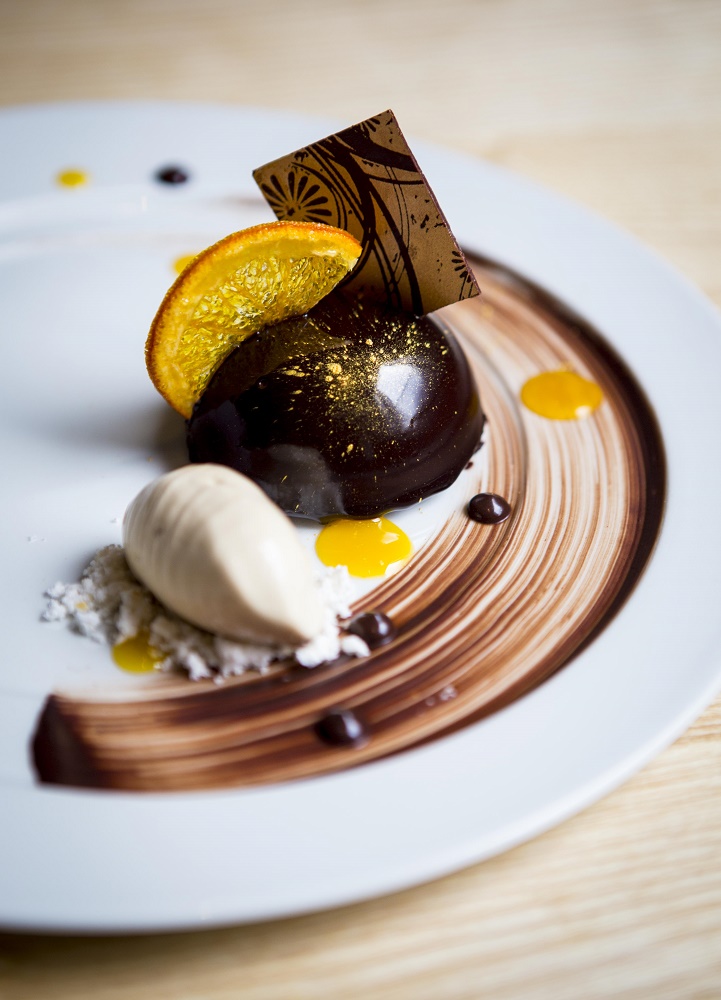 Kouzu also has a small but well-chosen selection of dessert wines and I am pleased to report my favourite tokayi adorned the list. They also have an extensive sake and plum wine list for those wanting to keep their experience authentic. Kouzu is a beautiful restaurant which offers great food in a relaxed and vibrant atmosphere. It is a must for any seafood lovers truly opening the treasure chest of the ocean onto a plate an experience not to be missed.