This week, Lisa Stansfield, the northern powerhouse vocalist and songwriter, released the video for ‘Billionaire’, the first official single from her highly anticipated forthcoming album ‘Deeper’. A fine example of Lisa’s songcraft and her ability to capture a soap opera in a song, ‘Billionaire’ is, according to Lisa, “all about love. It’s all about money. The rest is up to you….” 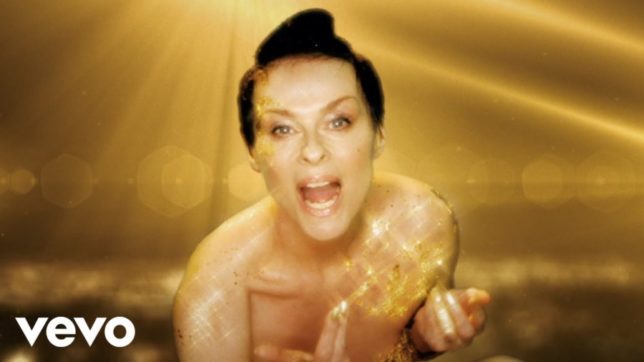 Written by Lisa and her song-writing partner Ian Devaney, produced by Ian & Mark “Snowboy” Cotgrove, and with Lisa taking the role of executive producer, the record is the iconic soul singer’s eighth studio album. Speaking about the ‘Deeper’ the Grammy nominated, multi BRIT, Ivor Novello and Silver Clef Award winner said “creating this album was a wonderful adventure. I really believe there’s a special something in this record. I’m so excited to let it go out into the big wide world with pride.” ‘Deeper’ is released on April 6th 2018 via earMusic and is available to pre-order from http://smarturl.it/Stansfield_Deeper

Lisa’s contribution to British soul is undeniable with a string of hit singles including All Around The World, All Woman, The Real Thing and many award winning albums. Her unmistakable voice has been a constant presence on the dance floor and airwaves ever since 1989. Most recently she returned to the Top 20 of the UK album charts with her 7th studio album ‘Seven’. A gorgeous and personal collection of her trademark soul, the 2014 record was a reminder of why Lisa has sold nearly 20 million records worldwide and had a string of international top 10 hits. And with ‘Deeper’ her successful streak shows no signs of stopping.

Lisa, and her band of stellar musicians, will embark on a European tour this spring which she promises will be “a night out! A chance to truly let yourself go and forget about the everyday. A fun show with seriously good music.” See below for all the UK tour dates this April 2018 with tickets available from http://gigst.rs/LS