The festive soiree in the beautiful setting of the Guards Chapel marked the start of the Christmas season. Guests were treated to a musical extravaganza with performances from opera soprano Danielle de Niese, tenor Toby Spence, the accordionist Martynas Levickis and BBC Young Jazz Musician of the Year Alexandra Ridout.

Actor Martin Clunes lost his father Alec to lung cancer when he was eight. He has been an ambassador for Macmillan for more than a decade and is proud that the money raised on the night will help provide emotional, practical, medical and financial guidance to people affected by cancer when they need it most.

Martin said, “The Guards Chapel Christmas Carol Concert is a really special way to mark the beginning of the festive season – and all for a great cause. My family knows first-hand just how devastating cancer can be. Thankfully, I also know the real difference the support provided by Macmillan makes to families who are faced with cancer.” 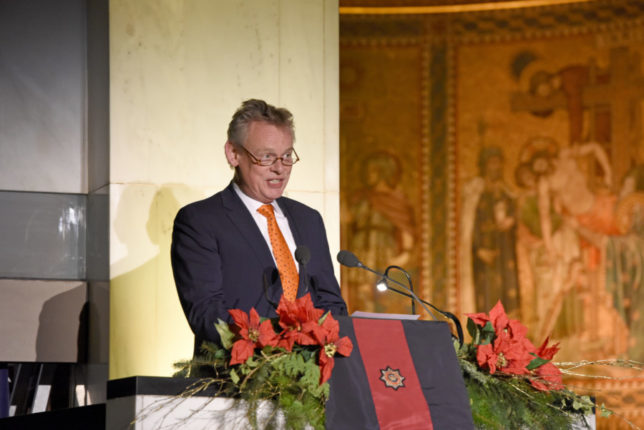 One of the most distinguished events in Macmillan’s annual calendar, the evening was sponsored by BMO Global Asset Management and all funds raised will be used to help Macmillan improve the lives of even more people living with cancer.