What Makes The Perfect Partner

The perfect partner brings you tea in bed, makes you laugh more than anyone and won’t watch ahead on box-sets without you, says a new study. 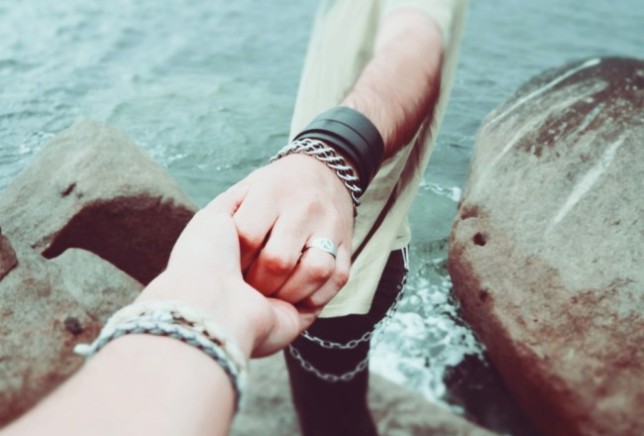 A survey of 2,000 adults found that as well as the big traits such as supporting your goals, apologising first after an argument and discussing what the future holds, it’s the little things that make up the perfect other half.  ​

When it came to differences between the sexes, the study found ‘the ideal boyfriend’ would look great in a suit, have a great sense of humour and easily build IKEA furniture.

Whereas ‘the perfect girlfriend’ according to men would get on well with their mum, enjoy watching live music and allow their man to sleep in at weekends.

Beaverbrooks the Jewellers commissioned the study to mark the release of a new collection of diamond and two band ‘silhouette’ rings, which, much like the perfect partnership, are made to complement each other perfectly.

Lorna Haddon, diamond ring and jewellery buyer at Beaverbrooks, and recently married herself, said: “It’s clear that the core traits we seek in a partner boil down to their values, openness and desire to build a future together.

“But it’s the little gestures and day-to-day interactions that can also prove to be a big draw, and end in two people feeling they just ‘fit’.

“Something as small as enjoying the same TV shows can be an indicator for some, while others may need the final approval of their sibling or best friends.

“Everyone is different and it can be hard to describe why a couple mesh together well – but it’s very exciting when you find it for yourself.”

The study, which main aim was to gauge what makes the perfect partnership, found over three quarters of Brits believed the same plans for having a family are essential in order to match.

The perfect husband or wife would ‘tell it like it is’ without playing mind games said 42 per cent – they would also be up for going out with their other half’s friends and be openly affectionate.

Almost half said the ideal spouse would know when you need space – while having their own interests outside of the relationship was important for four in ten.

A partner who never keeps secrets, offers a lift without being asked and ​can cook a great roast dinner were all deemed ideal traits for both sexes in the poll.

And though a partner who ‘knows how to cheer you up’ was named the ultimate requirement – over a quarter of Brits want their other half to get annoyed at the same things they do.

In the men’s vote, a nice smile was the prime trait of a perfect girlfriend, with six in ten who said a killer grin is a necessity.

She should also be confident in her own skin, able to stand up for herself – and when sharing a home, have a neutral sense of home décor that they both enjoy.

But for the women polled, a sense of humour came top of the list when it came to the perfect man – with seven in ten women who said being funny is essential.

The perfect gent would also bring a cup of tea in bed, know when to make romantic gestures and would always ask about her day.

Four in ten women said their man should regularly give compliments – and when hitting the town, can dance like Channing Tatum.

Fastening her jewellery, having an athletic physique and knowing how to diffuse his other half when she’s stressed were also featured in the ‘perfect man’ list.

Amazingly, almost nine in ten coupled Brits said their tastes matched their partner’s – with 37 per cent who said they’d even trust their partner to ‘blind-buy’ an engagement ring; without them choosing it first.

Lorna Haddon said: “If you trust them to pick your engagement ring without seeing it, we’d say they’re a keeper. It’s rare to feel that eternal connection with another person, and finding it is worth celebrating.”