Mark Coulter: To Rent Or To Buy?

In 1918 homeownership was at a mere 23%, but this accelerated from 1953 and this was solidified further by Thatcher’s ‘right to buy scheme’ scheme in the early 1980’s.  Britain has traditionally been a nation obsessed by property and house price inflation.  Everyone has traditionally aspired to home ownership and a rising housing market has a disproportionate effect on peoples feeling of wealth the direct health of the economy, and even perceived social status.  Homeownership reached a peak in 2001 in the UK where 69% of people owned their own homes.

Since 2001 though that has changed, where a generation of younger would be buyers are bring put off purchasing by significant deposits, disproportionately punitive mortgage rates for first time buyers or those with smaller deposits and the realisation that the property market is a more of a life style and social investment rather than a monetary investment.  Capital growth over the next decade looks at best from the majority of reliable commentators, modest and people are looking alternatively at renting.

By 2011 homeownership had fallen to 64% from 69% and I and many others would predict this will slide further in the coming years.  The benefits of renting over buying particularly outside of the South East of England are obvious.  The costs for purchasing are particularly front loaded; deposit, furniture, legal fees, mortgage fees, removal fees, initial maintenance are significant.  What also has to be borne in mind is that if capital growth is modest and first time buyers are moving on average after only three years of purchasing they could be looking at a net loss after all of these outlays are factored into the sale, and also adding in the back loaded costs of estate agency sale fees and legal fees and potential mortgage redemption fees for early exit from a fixed term deal.

In Scotland the benefits for renting rather than buying particularly at a value in excess of £327,000 are obvious.  The proposed changes of the UK wide SDLT (stamp duty land tax) namely LBBT (land and buildings transaction tax) are very punitive and are no doubt going to persuade a further section of the market that financially, renting makes more sense than buying.  For example under current SDLT rules, which were further revised on the 4 December 2014, the tax on a purchase of £420,000 is currently £11,000, but under new SDLT rules that the devolved Scottish government is introducing on the 1 April 2015, the tax will increase to £19,600.

There is no doubt that the benefits for renting rather than buying are increasing and the ratio of renters versus buyer will decrease over the next decade.  The real game changer though will come in the changing of legislation similar to other European countries like Germany where the percentage of people renting is closer to 90%.  Under current legislation, home owners only have a protected tenancy for a minimum of six months, and coupled with this the housing stock in the rental market is generally of poor quality.  If legislation is changed to give tenants longer term security, renting could easily become the default choice for the majority. 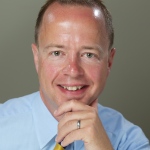 Mark Coulter is Managing Director and founder of Coulters in Edinburgh. Mark has been working for both niche and FTSE 250 companies for the past 17 years. He has held senior positions including Director of residential property at Anderson Strathern, and Managing Director of residential at Lindsays, where he lead the company to ‘Residential Sales and Lettings Team of the Year’ in 2012 at the Scottish Property Awards. Mark has also previously worked as a director at Savills & Chesterton. Coulters is the culmination of Mark’s career in property. Mark enjoys Rugby when he gets a chance to watch it.

How To Do A Luxury Getaway For Less

Seven Superfoods for a Healthier Lifestyle