Since the 1960’s treatment options were largely limited to medication and talking therapies. More recently, however, technological developments into the science of neuromodulation has led to more targeted treatment options such as Deep Brain Stimulation, Vagus Nerve Stimulation and Transcranial Magnetic Stimulation. All of which, stimulate specific areas of the brain to treat mental health issues.

There have been relatively few innovations in psychiatry which have resulted in major shifts in practice and treatment outcomes. Near the beginning of the last century, in the 1920s and 1930s, the impact of the successful treatment of neurosyphilis on general paralysis of the insane combined with the advent of ECT for depression had a big impact on the psychiatric inpatient population.

The last significant upheaval in the treatment of psychiatric patients occurred in the 1950s with the introduction of the antipsychotics and antidepressants. This revolutionised the treatment of depression and schizophrenia and in the period 1950 to 2000 the number of inpatient beds in the UK for psychiatric patients was reduced by 85%. Since the 1960s developments in psychiatric treatment have been limited to the introduction of evidence-based psychotherapy, principally with CBT, and gradual modifications to existing medication classes such as the atypical antipsychotics and SSRIs, which have reduced side effects and increased efficacy but have not substantially changed methods of psychiatric practice or outcomes.

It is a sobering fact that in the last half century there have been no major technological changes introduced into psychiatric medicine. Depression remains a major cause of disability in the UK and the treatment of resistant depression with medication or psychotherapy has limited efficacy in most patients.

A new era in psychiatry?

The relatively new science of neuromodulation, which is the ability to accurately target electrical or magnetic stimulation or suppression to specific parts of the brain or to individual nerves has the promise of representing a major change in medical practice. Previous psychiatric treatments have treated the whole brain, rather than the locus of the condition. By direct treatment of the appropriate part of the brain, neuromodulation has the potential to cause a seismic shift in treatment outcomes for many psychiatric conditions.

There are several different neuromodulation techniques using either electrical stimulation or magnetic stimulation.

DBS is a neurosurgical procedure introduced in 1987 involving the implantation of a medical device, a neurostimulator, which sends electrical impulses through implanted electrodes to specific targets in the brain. DBS in select brain regions has provided therapeutic benefits for otherwise treatment-resistant disorders such as major depression and OCD. The FDA approved DBS as a treatment for OCD in 2009. DBS has also been used in research studies to treat PTSD. It has not been approved by NICE for depression although it has been reviewed for other medical conditions..

tDCS uses a constant low current delivered by electrodes on the scalp. It appears to be somewhat effective for depression; it is widely regarded as safe with only local adverse side effects. It is approved in the EU for fibromyalgia and migraine and is widely used by video gamers and the US military. It has been studied for mood disorders, schizophrenia and OCD. NICE guidance in 2015 recommended that further research is needed before it is available for general clinical use.

There are two neuromodulation techniques that target the vagus nerve, the 10th cranial nerve. The afferent vagal fibres connect to the nucleus of the solitary tract with projections to the locus coeruleus and the reticular activation system.

With the patient under general or local anaesthetic, an incision is made on the left side of the neck, the vagus nerve identified and a stimulator implanted subcutaneously. The vagus nerve is stimulated periodically with an external periodic control. This technique was approved by the FDA for the treatment of severe recurrent unipolar and bipolar depression in 2005. It was reviewed by NICE in 2009 and further research was recommended.

Electrical impulses are targeted on the ear at points where branches of the vagus nerve have cutaneous representation. It has not been specifically approved by the FDA but clinically has been found to be effective and safe for the treatment of depression and schizophrenia.

This uses mild electrical signals to stimulate branches of the trigeminal nerve transcutaneously. The trigeminal nerve sends signals to the anterior cingulate cortex which is involved in mood, attention and decision making. This is FDA approved for migraine and cluster headaches and is being investigated for depression, ADHD, PTSD and generalised anxiety disorder. NICE have not considered this technique for psychiatric disorders.

This uses an induction coil to generate a strong pulsing magnetic field against the head of the patient, producing small electric currents in the brain to a depth of a few centimetres. Higher frequencies produce activation in the brain stimulating neuroplasticity and lower frequencies suppress the activities of aberrant networks. This treatment was approved in the US by the FDA for the treatment of Major Depressive Disorder in 2008. NICE approved it as a treatment for depression in the UK in 2015. Numerous randomised studies and meta analyses have found rTMS to be safe and effective in the treatment of depression with response rates of 50% to 60% and remission rates of 30% to 40%. In private clinics, case series have shown remission rates of 60% to 70%. It is safe in pregnancy and maybe preferred to antidepressants. As well as treating depression other promising avenues of research include OCD, anxiety, autism and dementia. 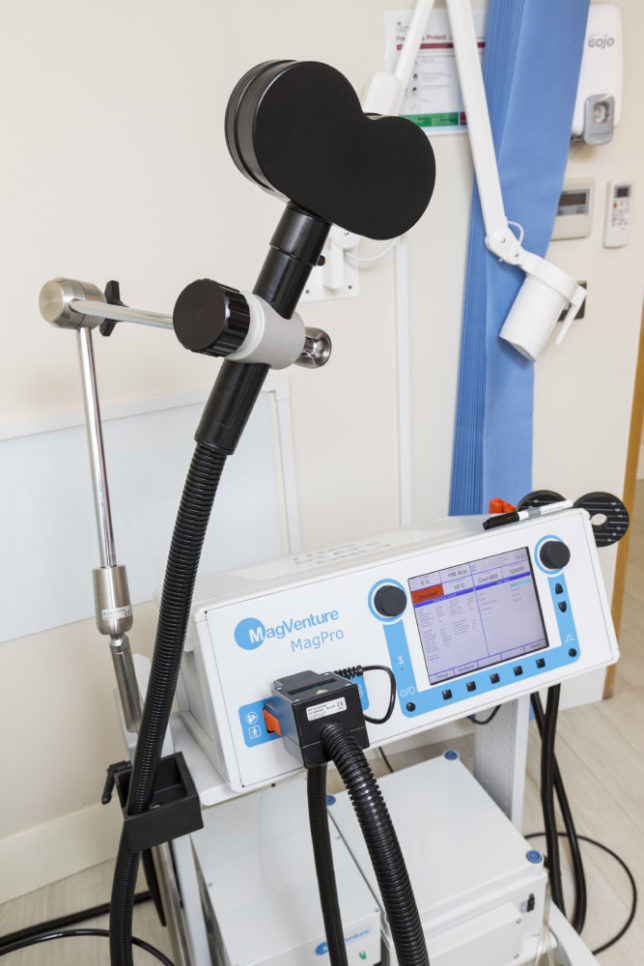 Of the neuromodulation techniques discussed, only rTMS has been approved by NICE for the treatment of depression. Despite the approval in 2015, there is still limited awareness of the technique and even more limited availability.

rTMS for the treatment of depression is well tolerated and has minimal side effects. The remission rates are at least as good as those achieved with anti-depressants and patients experience a totally different recovery, becoming positively well as opposed to less depressed. GPs need to be aware that there is now a new technique which offers hope to their patients who may have tried multiple different anti-depressants.

A handful of NHS trusts have started offering rTMS treatment for depression, but usually only to a limited number of patients. There are also a few private clinics up and down the country. A significant draw back of the treatment is the requirement for the patient to visit the clinic for an hour’s treatment, five times a week for four weeks. This travelling will limit the reach of clinics, requiring an extensive network of clinics to provide accessible coverage.

It is perhaps interesting to note that in the USA, where rTMS was approved in 2008, there are now over a thousand machines being used to treat patients on a daily basis.

Neuromodulation, whether rTMS or another technique, represents a paradigm shift in psychiatric medicine, offering targeted, effective treatment. There is widespread research into many different conditions so it is likely that the hope which is afforded to depression sufferers by this new technique may soon spread to those with other conditions. 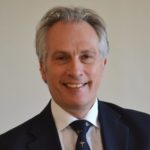 Dr Leigh A Neal is a consultant psychiatrist and founder of Smart TMS, the UK’s leading mental health clinic based in London specialising in Transcranial Magnetic Stimulation. He has more than 20 years experience in the field. Follow Smart TMS on Twitter @Smart_TMS