Royal Lancaster London has just unveiled its brand new £80 million redesign with the prestigious hotel overlooking Hyde Park completely transformed both internally and externally as part of this universal restructure. With the opening of its opulent new entrance, the mid-century icon reinstated its original name ‘Royal Lancaster London’. 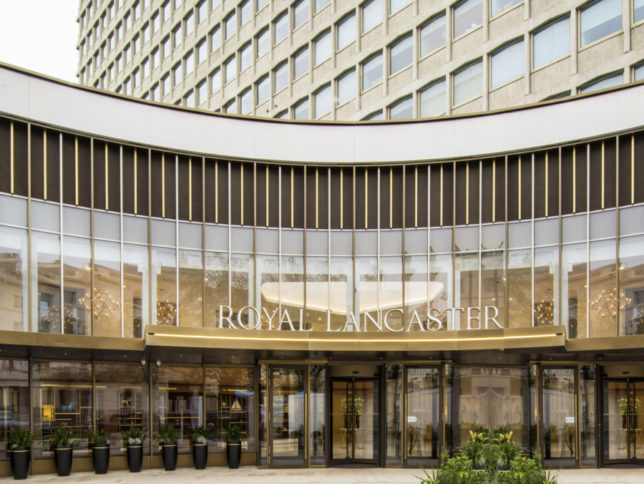 The entire frontage of the hotel has been remodelled and the exterior architecture now features a dramatic 8-metre high glazed façade revealing an impressive double-height reception space. The concept and design was created by London-based Studio Proof. 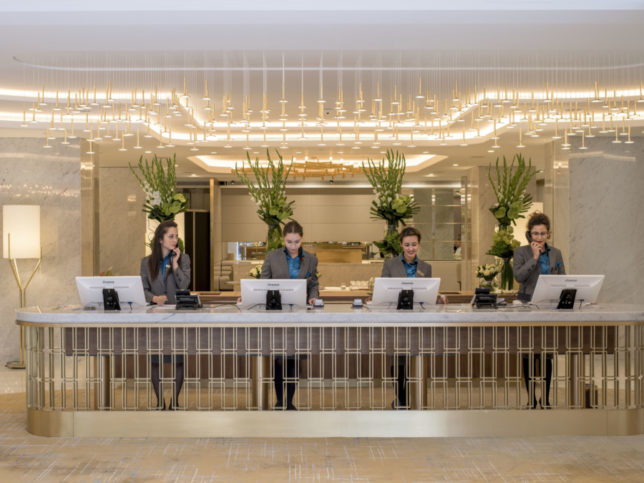 The transformative redesign of the towering 18-storey hotel encompasses the complete refurbishment of all 411 guestrooms and suites, which boast all-encompassing views over Hyde Park and London’s skyline.   The showpiece of the new lobby design is a palatial sweeping staircase made of 300 square meters of white Carrara marble which wraps around to the first floor. 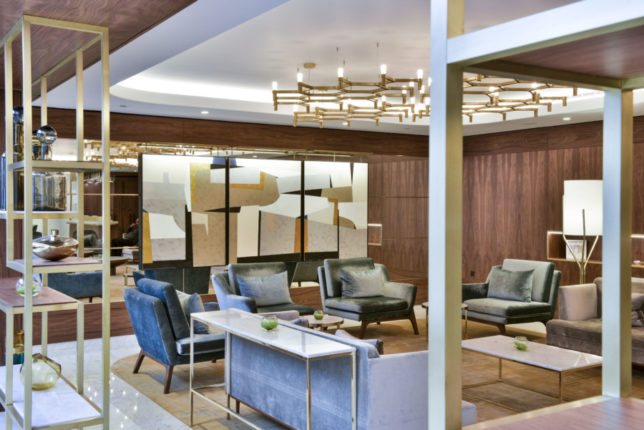 Echoing the name of London’s most famous royal park, the Hyde Lobby Bar is a brand new creation within Royal Lancaster London, an intimate yet elegant space enveloped by acres of white marble. Designed with the most distinguished of guests in mind, Hyde offers coffees and teas, wines, Champagne, bespoke cocktails which reflect the rich history of the hotel, and light cuisine is served throughout the day. 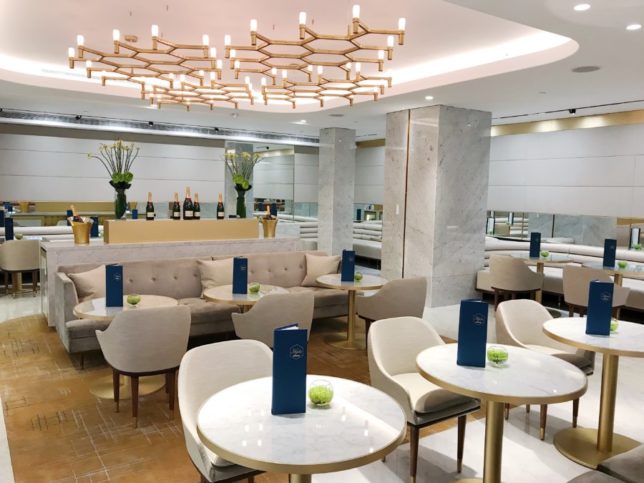 Room categories start with the Classic Double Room at 20 square metres, priced from £219 per night.  All of the guest rooms have Handy phones, hidden international plug sockets, bath robes, slippers, The White Company toiletries, waterfall showers and under floor heating in the bathrooms. TVs show over 138 international channels and 33 radio stations are available. 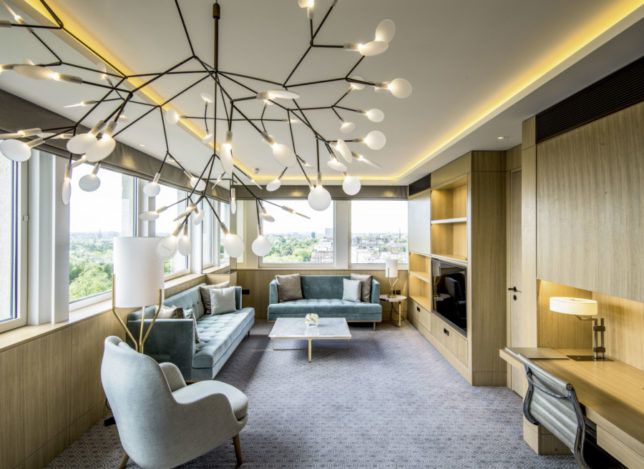 The first stage of the refurbishment commenced in 2015 with the redesign of Nipa Thai, the hotel’s award-winning restaurant. Nipa Thai has won the Thai Select award from the Thai government due to the chef’s commitment to traditional recipes and ingredients, and is one of the most authentic Thai restaurants in the capital.

The kitchen is led by Head Chef Sanguan Parr, who leads an all-female, all-Thai kitchen brigade, and this was to be the scene of our dinner at the hotel that evening.  We started with the Toong Ngern Yuang which was crisp fried prawn dumplings served with a yummy homemade sauce. 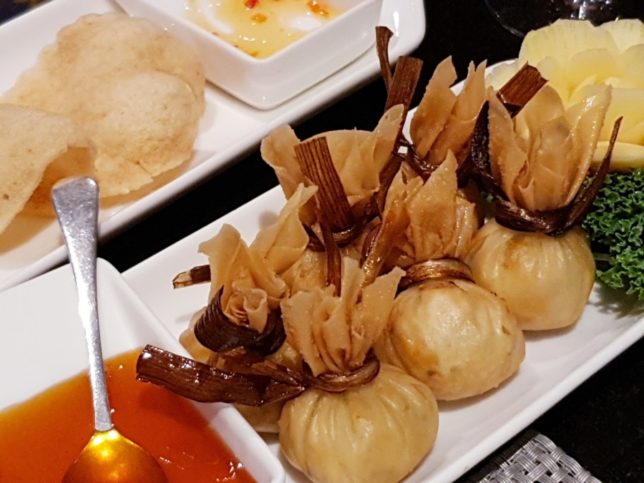 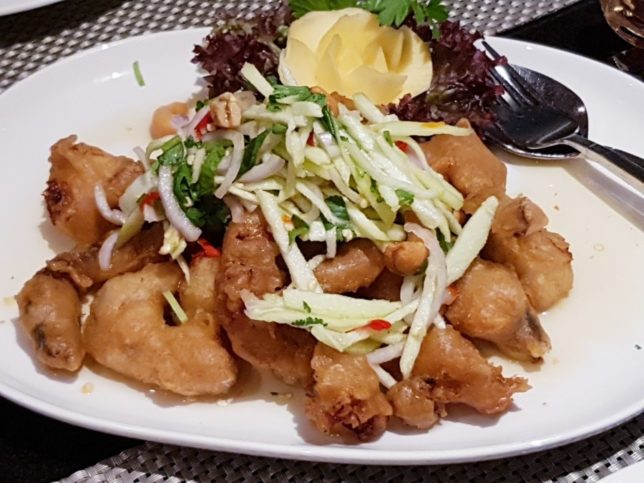 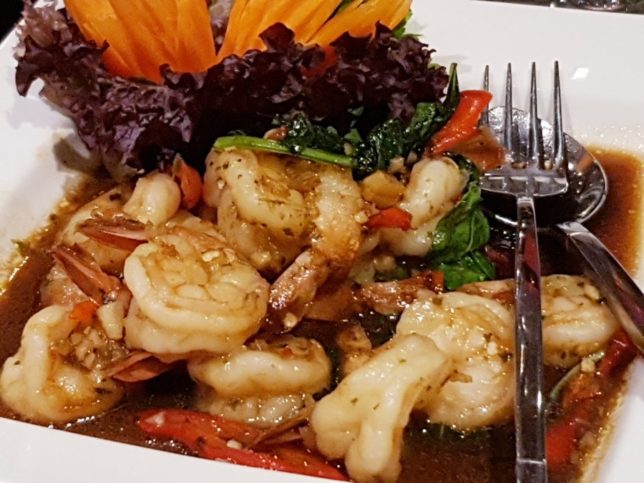 We also made room for Phad Kiew Warn Ta Lay – a fabulous mixed seafood dish with Thai aubergine and basil poached in a spicy and rich green coconut curry. 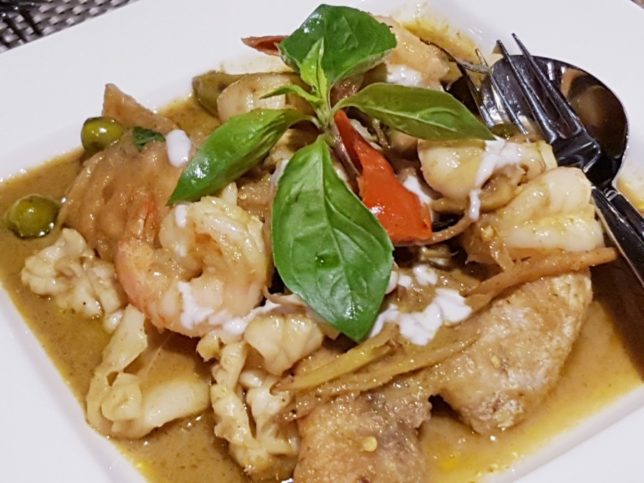 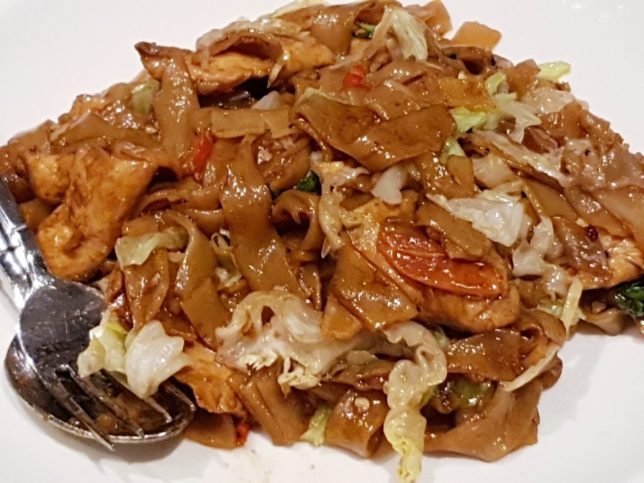 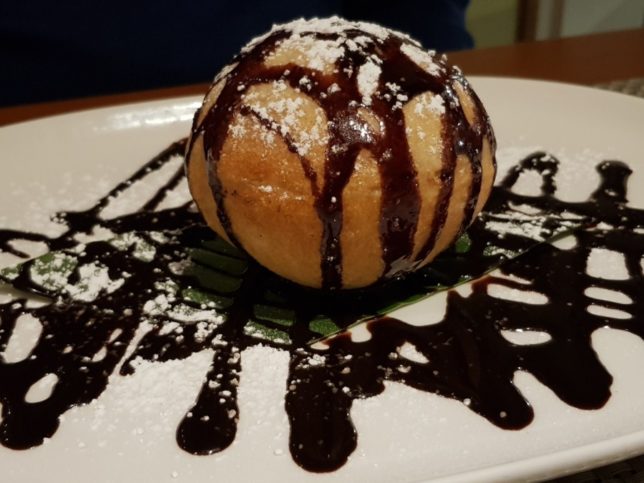 My dining companion enjoyed the Cake Bai Tooey Kub Linjee Sorbet – roughly translated as pandan and white chocolate roulade with Lychee Sorbet. The floral aroma scenting the dish from the pandan leaves was complemented nicely by the tropical flavour of the sorbet. 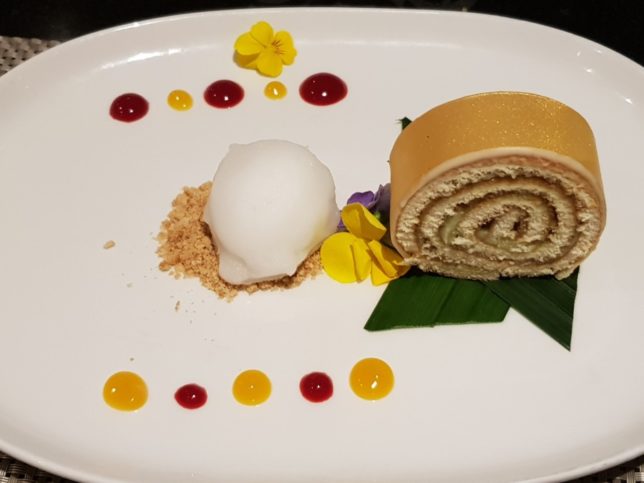 The Hyde Lobby Bar was the place to be the next morning with the alluring aroma of freshly ground coffee filling the space courtesy of the gold artesian Victoria Arduino press coffee machine. The breakfast menu features delicious treats to set you up for the day such as freshly baked Danish pastries, healthy granola with Greek yogurt, honey and berries and a colourful fruity salad of mango kiwi, strawberry and passion fruit in addition to the usual Full English and buffet selection one would expect. 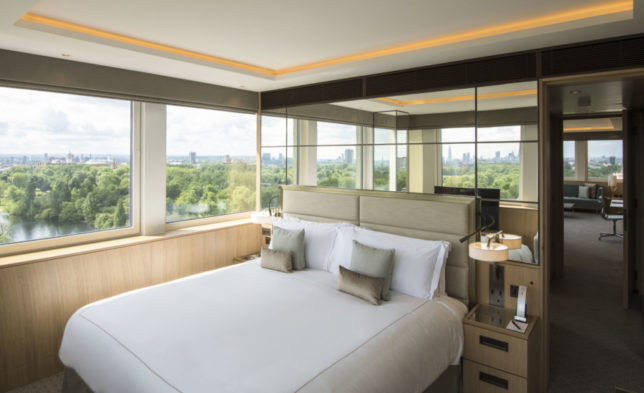 The grand opening of Royal Lancaster London is now taking place although renovation work is still taking place in certain areas of the hotel including on guestroom floors. The hotel will be finally finished in May 2018 following a soft re-design of The Lounge Bar and The Park Room on the first floor. 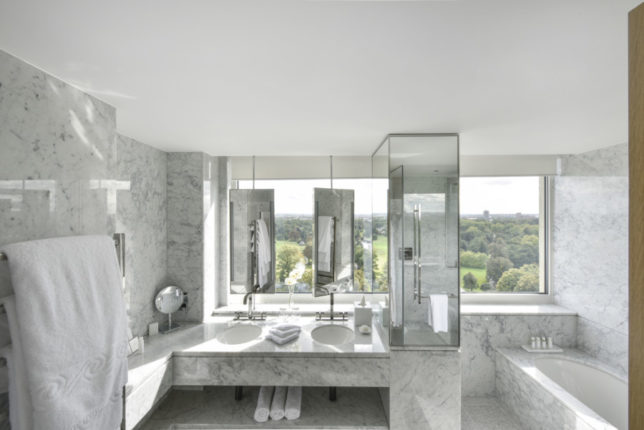 General Manager Sally Beck said: “The hotel has had a rich and celebrated past, having opened as one of the most chic hotels in London in 1967.  50 years later, Royal Lancaster London will reopen in 2017 to once again be one of the most stylish hotels in the capital.  Our Thai owner, Khun Jatuporn Sihanatkathakul has been directly involved in the new design which exudes mid-century glamour and understated elegance synonymous with London. We are looking forward to the next 50 years.”