The Restaurant at Sanderson has welcomed Barry Tonks as Executive Chef with an inspired new menu that sees locally sourced British ingredients married with global flavours which excite the palate to the very last bite. 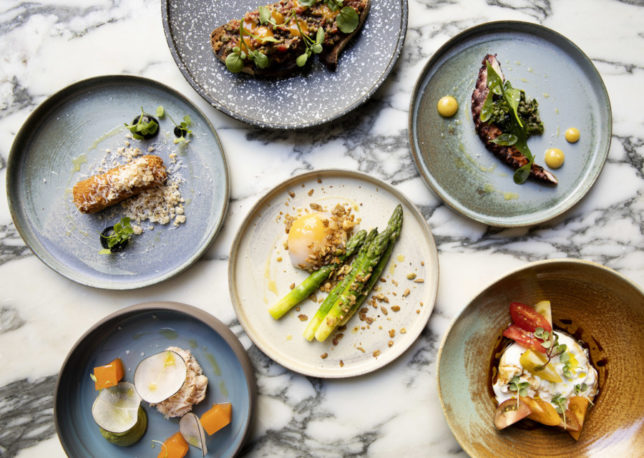 Located next to Sanderson’s iconic Long Bar, The Restaurant opens onto the heritage Courtyard Garden and offers modern and unique interiors to complement the natural and botanical surroundings. 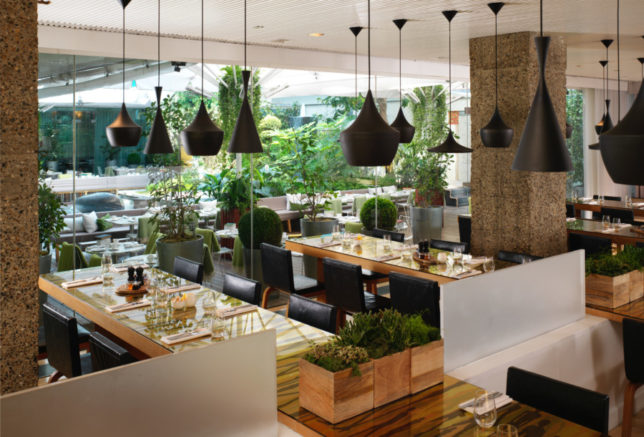 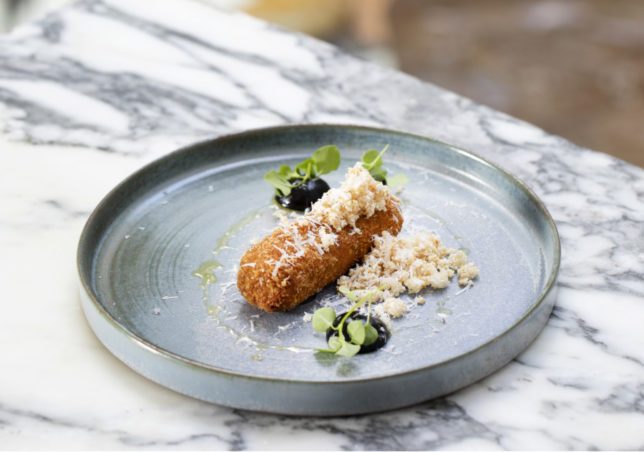 Tonks brings with him nearly 20 years of experience from some of London’s most famous establishments, including Searcys at The Gherkin, The Dorchester Hotel and L’Odeon Restaurant. Under the guidance of the legendary Anthony Demetre at L’Odeon, he worked as Chef de Partie and Sous Chef at the iconic 200-cover modern European restaurant. 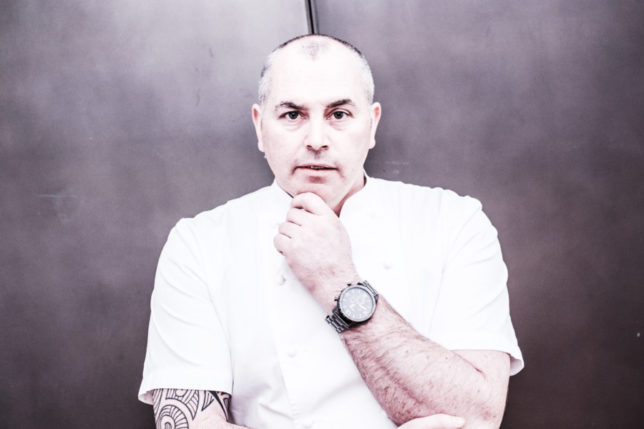 In his most recent role as Executive Chef at Searcys, he demonstrated his skills and interests through a series of high profile pop-ups and collaborations, most famously alongside Monica Galleti in January 2016. 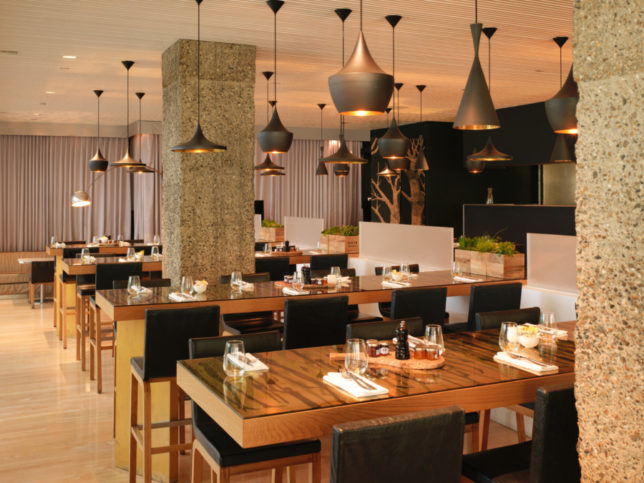 Tonks’ passion for British produce is made clear in his new position at The Restaurant at Sanderson, with his contemporary style explored through ingredients and presentation. Starters include the perfectly cooked Grilled Octopus with Seaweed Salsa Verde and Roast Lemon Purée. The firm but tender texture of the octopus is superb with the addition of the seaweed salsa verde adding a taste of the ocean to this reinvented classic. The roast lemon puree adds a depth of flavour and interesting dimension to the dish. 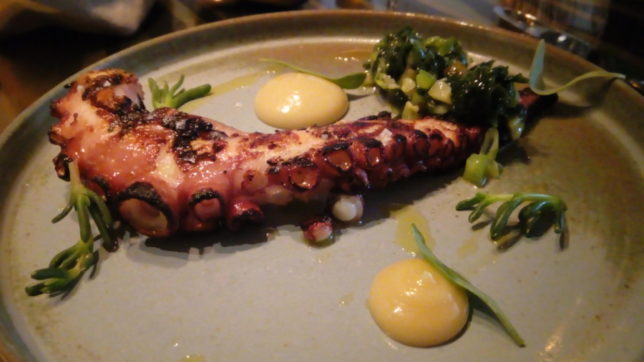 The delicious starter dishes are followed by equally seasonal main courses such as Monkfish Tandoori with Kachumbari and Curry Mayonnaise. Tonks’ insists that the fish is cooked on the bone to produce the best flavour and texture. The spicy aromas from the fish and curry mayonnaise are balanced well with the light fresh flavours of the Kachumbari – inspired by the traditional East African salad and made of red and yellow peppers with red onions and coriander. 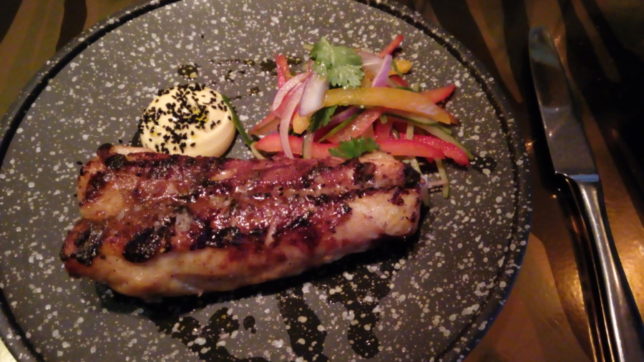 The dessert menu showcases Tonks’ originality, including the likes of Arlette Mille Feuille with pink berries and speculoos ice cream. Chocolate lovers will be delighted by the Chocolate Torte served with blueberry yoghurt and white chocolate crumble. The rich flavour and dense texture of the torte is lightened by the tangy blueberry yoghurt and balanced by the sweetness from the white chocolate. 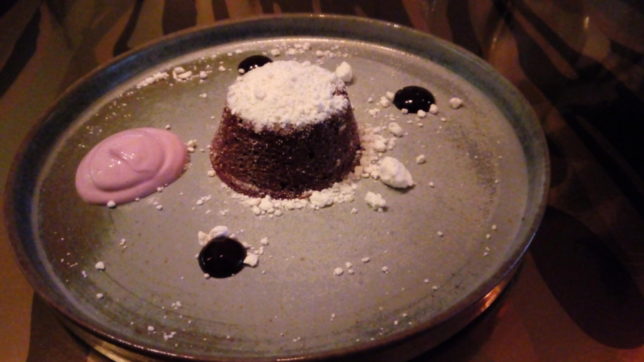 Guests can also sample Tonks’ daily changing specials from the Menu of the Day, offering a set 3 course meal priced at £28. The Restaurant is open for breakfast, lunch and dinner, with hearty breakfast options featuring a selection of egg dishes such as the Sanderson Eggs, consisting of poached eggs, mashed avocado, green chilli, spring onion, coriander, tomato and sourdough toast. Sweeter options are also on offer, for example the French Toast made with brioche, cinnamon, crème fraiche, berries and maple syrup. 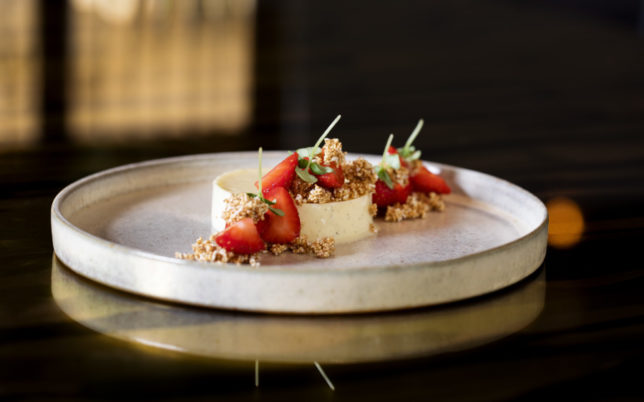 Sanderson say they are thrilled to welcome Tonks’ creative flair and the exciting new focus he brings to the menu. Tonks’ wealth of experience from his years on the London restaurant scene is clearly showcased in the new menu, and promises to take The Restaurant at Sanderson to brilliant new heights.