On 23 July 2016, the Hurlingham Polo Association (HPA), in conjunction with Guards Polo Club, hosted the annual polo spectacular of the Royal Salute Coronation Cup, showcasing an England Test Match for the mighty Coronation Cup. This year England faced a competitive Commonwealth team and with Royal Salute as title sponsor. This world-class day is one of the stand-out social events of the summer. We knew our boys were facing a worthy opponent and this year’s Royal Salute Coronation Cup was sure to be a thrilling match as England did their best to keep hold of the impressive gold trophy. As the guests started to arrive we spotted the familiar face of Malcolm Borwick whom we interviewed in the July 2016 edition of the magazine.

The England Polo Team took on The Commonwealth at the wonderful Guards Polo Club in Windsor Great Park. Only a few days earlier, Cowdray Park had seen King Power Foxes beat La Indiana in the Jaeger-LeCoultre Gold Cup and here at Guards Polo Club was yet another opportunity for us to watch the very best of this fast-paced sport and enjoy a quintessential day of sporting action and entertainment with some of the world’s leading international players competing for the winning title. Joining us at the event was model and actress Olivia Inge. 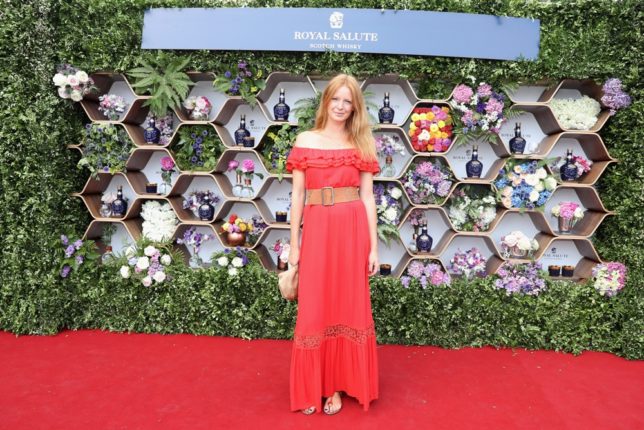 The Hurlingham Polo Association selected a younger, but no less competitive England team to play the impressive GT Bank-sponsored Commonwealth side in the Royal Salute Coronation Cup. James Beim, playing at 3 was the most experienced member of the squad and was captain for a second year. Last year he led England to victory over South America… would England beat their Commonwealth rivals in similar fashion this time? 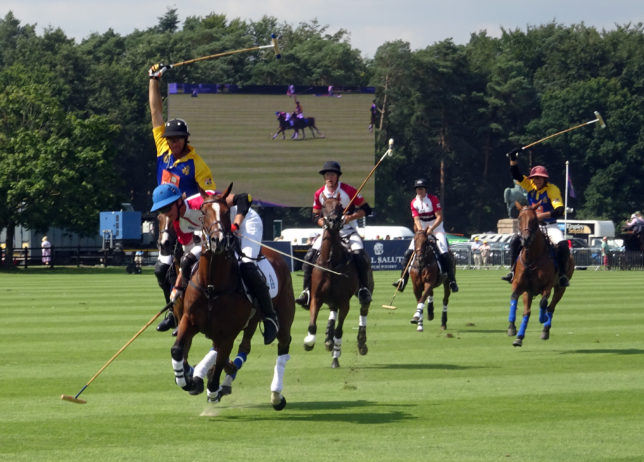 Dress code for this event at Guards Polo Club was smart casual. For Gentlemen that meant collared shirts, with trousers or chinos or smart jeans. The hot weather also meant that smart shorts to the knee were permitted for men and women. No beach attire or rubber flip flops were allowed and only ladies were permitted to wear sandals. Everyone looked very dapper in smarter clothes and the ladies looked lovely in pretty summer dresses. We spotted actress Naomie Harris in a beautiful dress enjoying some Royal Salute whisky in the traditional way… 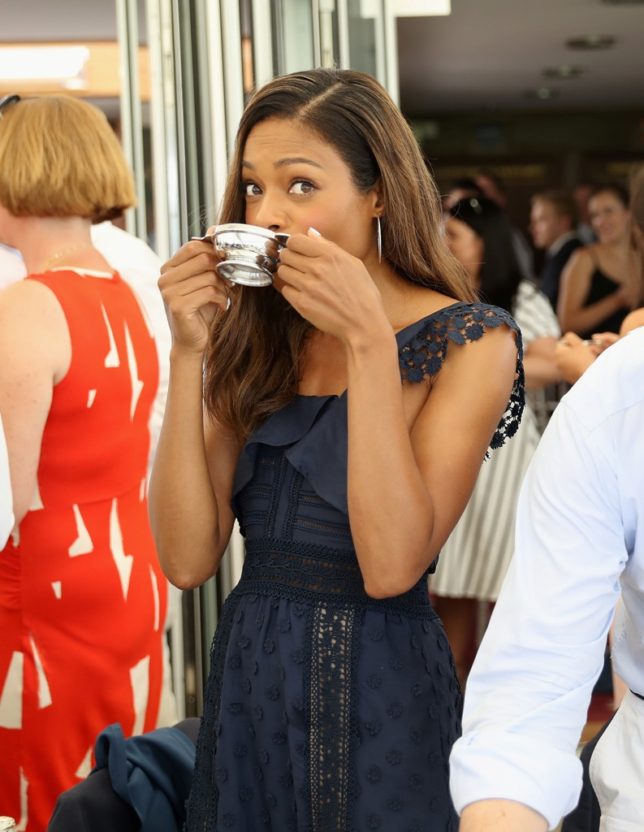 Land Rover who were one of the sponsors of the event put on a fantastic display of their off road vehicles. The aim was to demonstrate the safety and angles of climb and decent the Range Rover could handle. 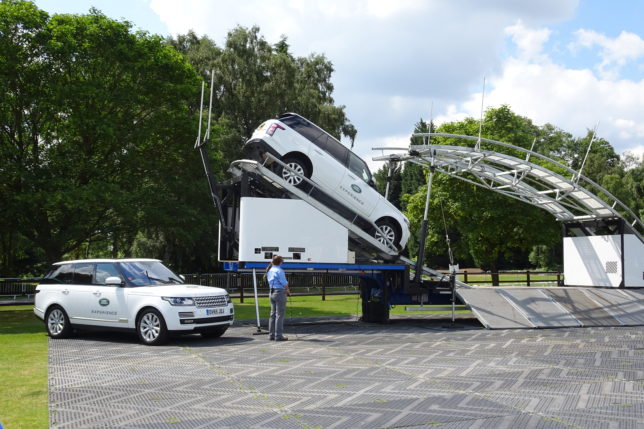 Dont look down! The vehicle easily handled the course. As we were exploring the show ground the players and their horses warmed up for the match ahead. 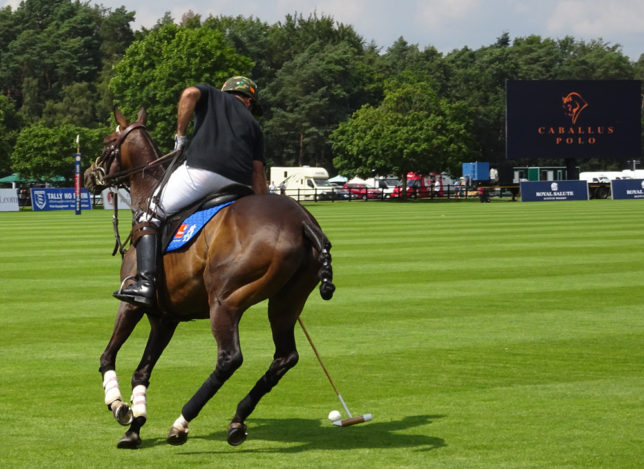 The small shopping village had everything equine from saddles to… 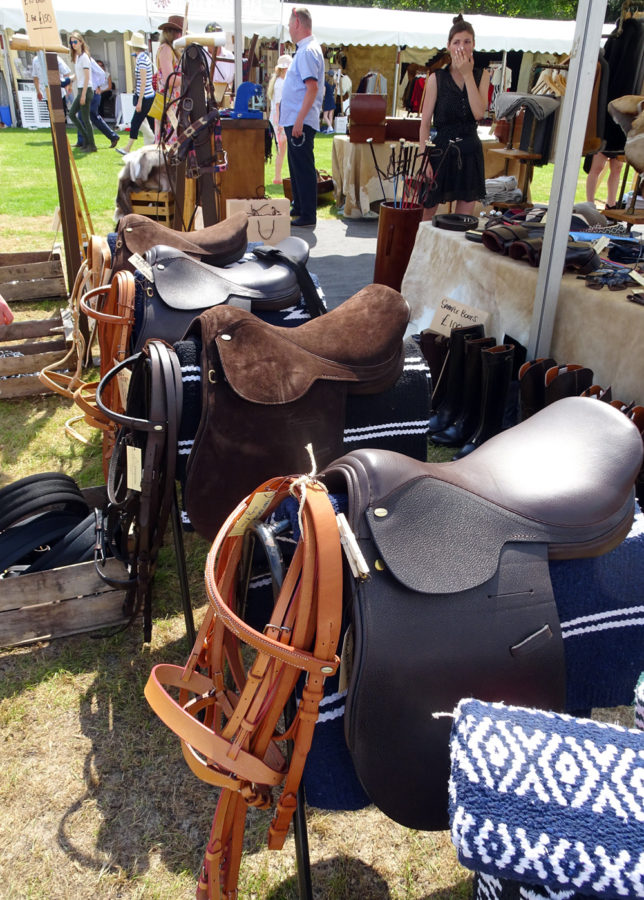 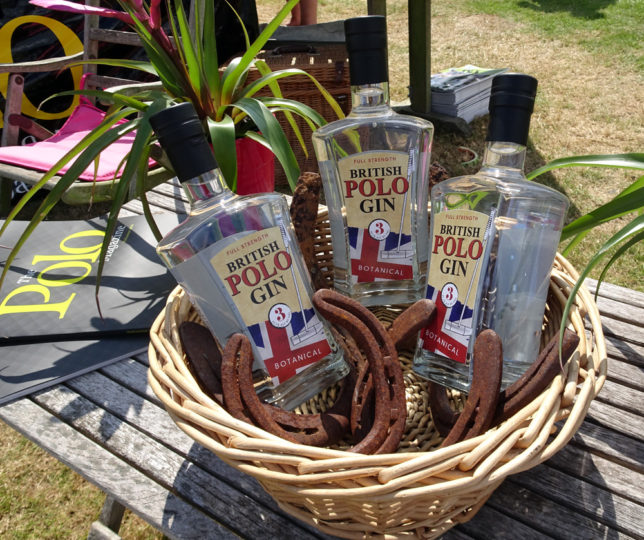 We were looked after in style thanks to the hospitality of the Hurlingham Polo Association at the Guards Polo Clubhouse. The HPA hosted one of the best society gatherings of the year at one of the world’s greatest polo events. The Royal Salute Coronation Cup is the quintessential social event where one can enjoy an exciting combination of glamour, sport, entertainment and unrivalled hospitality. We received a Champagne Reception on arrival… 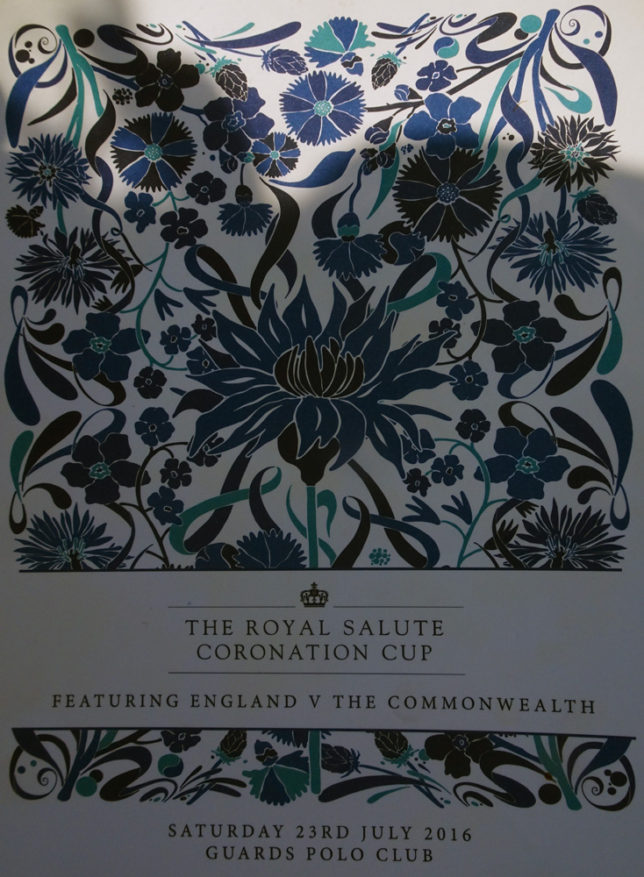 Later, we were served a delicious buffet Luncheon which included Coronation Chicken (of course!) and a decent selection of beer wine and Champagne. 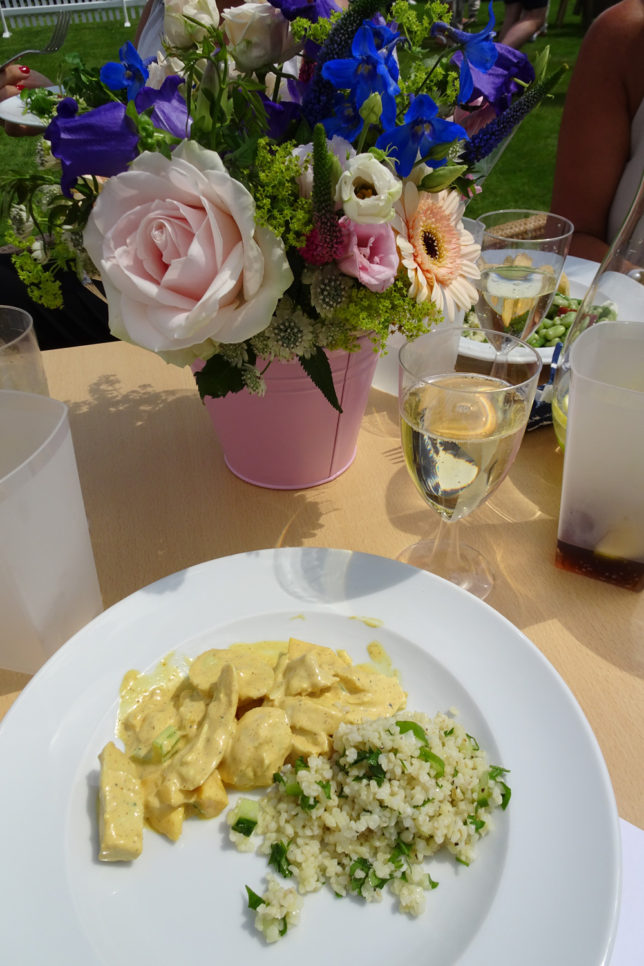 The Polo players readied themselves for the off. The England team in red and white and the Commonwealth team in yellow and blue. The atmosphere was tense as the players took their places… 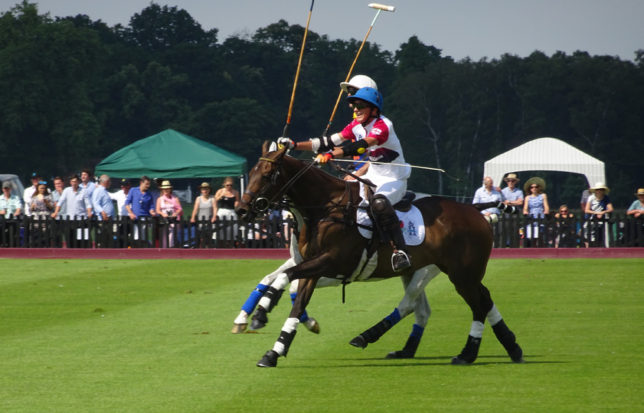 Check out this classic polo pose…

The umpires watched on intently. 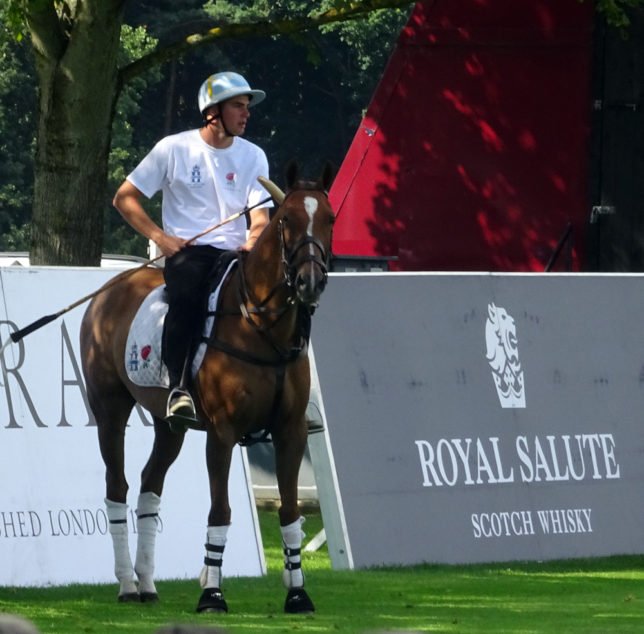 The Commonwealth came through to win by one goal… good show chaps! 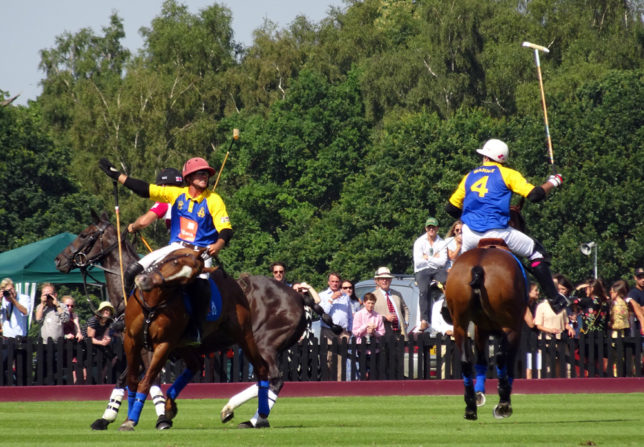 The unique blend comprises rare whiskies that traverse the six decades The Queen has reigned – some sourced from distilleries now lost forever – to tell the story of The Queen’s reign, through taste. The white porcelain flagon is emblazoned with a vibrant, English garden floral design, applied by hand, by British ceramicist and colourist Natasha Daintry.

Alongside the attendance of The Duke, a host of celebrities attended the hotly anticipated Royal Salute Coronation Cup in Windsor, including Bond actress Naomie Harris, model Olivia Inge and model Thom Evans looking dapper with Prince Albert Esiri of Nigeria.

What a wonderful day of glamour, sport, entertainment and unrivalled hospitality thanks to our hosts, the Hurlingham Polo Association and Guards Polo Club.

SIXPAD Abs Fit 2: Your Shortcut To A Six-Pack?