A brand new way of brain-training came across our path the other day that claims it could change your life by making you more focused, calm, happier and stress-free in just a matter of days. Too good to be true? We couldn’t help but wonder so we looked a little closer at Super Able Mind – the company that makes these brain-training exercises.

The brain training exercises come in the form of a deck of cards that supposedly help you to rewire your brain into learning new, positive behaviours as and when you want to, in the comfort of your own home and day to day lives.

The cards have been devised by Anastasia Hatzivasilou, founder of the Super Able Mind Method or SAM for short, which she founded in 2013. Anastasia developed the technique by harnessing the scientific principles of neuroplasticity and some aspects of Cognitive Behavioural Therapy, or CBT, where, neural pathways in the brain rewire themselves into positive behaviours with the right cues – and lots of practice. 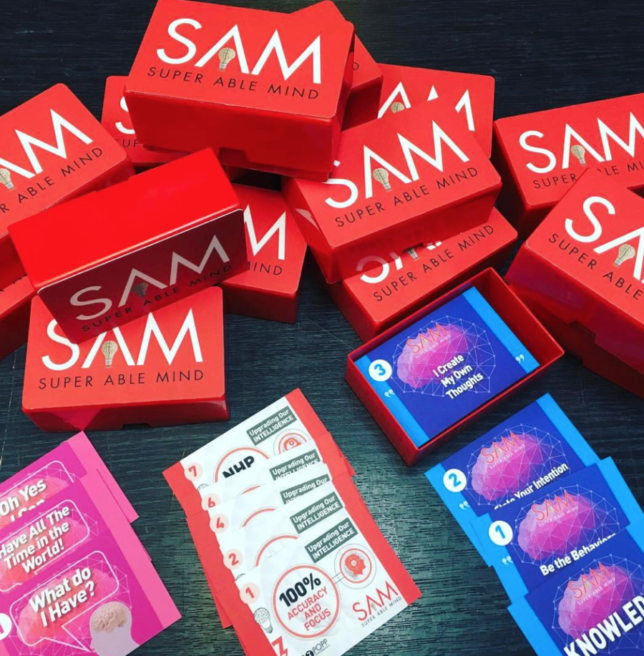 We were told that the SAM method of brain training has already won a celebrity fan base, including acting legend Charles Dance and Lance Armstrong’s former coach Johan Bruyneel, who have all taken up the SAM knowledge challenge.

To date, apparently more than 170 people of all ages and occupations have undergone SAM training, from CEOs, traders, lawyers, elite athletes, students, people suffering from compulsions and addictions, and even those facing serious life threatening health challenges.

Now for the first time, the training is available to everyone as the boxes of cards go on sale for £150.00. Previously, only those who complete the 12 week course have had access to the Sam Knowledge.

This is how it’s supposed to work… the boxes contain a selection of cards colour-coded into three different types. You take out the cards in a certain order everyday, and follow the instructions, which are either ‘behaviours’, ‘ideologies’ or ‘incantations’.

The red cards feature behaviours, such as “non-judgement”. or “resetting”.  Blue cards feature ideologies such as “all attempts are feedbacks not failures – we make mistakes to learn.” Pink cards meanwhile feature incantations such as “I have all the time in the world”. 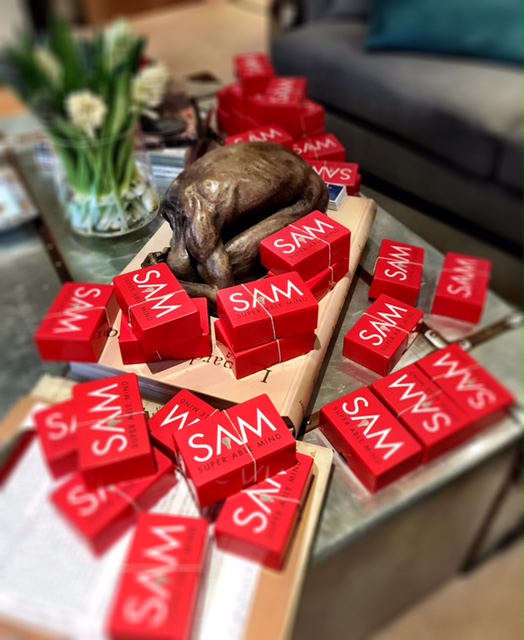 Anastasia explained the concept when she told us: “It is possible to train the human brain for excellence, for functionality, for adaptability, for resilience. The SAM Knowledge consists of a serious of behaviours, ideas about self and life, that when learned become our involuntary responses, that directly impact our health and functionality.”

Anastasia continued: “We are all operating under a series of learned responses to life. To unlearn our sometimes negative responses or behaviours requires time, conditioning and training. The SAM Knowledge is that training method. The SAM Knowledge deck of cards represents spiritual, scientific and philosophical principles which are calming, compassionate and kind. When practiced, we can both think, feel and be at our best.”

We used the cards for a couple of months and although the general concept is based on sound scientific research and accepted psychological behaviour modification like CBT, we have to admit that without dedication, effort and a positive mindset these cards are well-meaning but hardly transformational and would only work on people with higher levels of emotional intelligence like the actors and sports coaches said to have been trained in the SAM method.

For those who struggle with personal responsibility (think of all those new gym memberships and new year resolutions in January that have failed by February), we recommend working with an experienced life coach who can guarantee long lasting results in the fastest possible time.www.superablemind.com 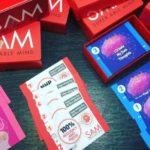