What Your Sleeping Position Says About You

Studies have found that the way you sleep reflects your personality – and can help you to understand which other sleepers you are compatible with. Joy Richards, Sleep Expert at Happy Beds, explains how a person’s sleeping position often gives away more than they wish.

My Name’s Joy, and I’m a Free Faller

The position you find yourself sleeping in at night can actually tell you a heck of a lot about your personality.

As you can see, I’m a freefaller (which is number three on the picture above). So I’m defined as impulsive, but organised, while also having the ability to persevere in order to achieve my personal and professional goals.

I’m not blowing my own trumpet here, but I’d say that’s a pretty good definition of my personality.

I’d like to delve a little deeper into the world of sleeping positions and exactly how they can divulge so much about who we are inside.

How Do Sleeping Positions Give Away So Much?

Scientists have spent a long time studying people’s sleep and many have made a connection between sleeping positions and personality traits.

Professor Chris Idzikowski, director of the Sleep Assessment and Advisory Service, analysed a number of patients over a two-year period in order to match position with personality. In doing this, he found a link between similarly matched subjects sleeping in the same positions each night.

While the link between sleeping positions and personality traits has been made, it’s still not entirely certain why this happens. Many have theorised that it’s a neurological peculiarity, but in the spirit of honesty… nobody really knows.

So, What Are the Different Positions?

If you take a look at the positions above and decide which one closest matches your own personal arrangement, I’ve synopsised the personality matches below.

Do you sleep curled up on your side, with arms and legs tucked in? If so, you’re a foetus.

Chances are you have a tough demeanour, but in reality you’re just a big softy! When meeting new people, you may be just a tad reserved, but once you let people into your inner circle, it’s all sunshine and rainbows.

Logs sleep straight on their side. A clear example of “don’t judge a book by its cover” – a logger may look rigid and a bit of a bore, but the position is actually most commonly linked to social butterflies. Friendly, social and trusting (if not a little naïve on occasion).

Yearners also sleep on their side, but push their arms out 90 degrees, making an ‘r’ shape. Such a complicated mind, these odd eggs are a walking (or in this case sleeping) contradiction. Open minded yet cynical, slow to make a decision, but rigid in their belief once it’s made.

Lying on their back, with arms by their side, are ‘soldiers’.

Just like it says on the tin, soldier sleepers adhere to a strict moral code and are traditionally shy and reserved.

Resting almost face down on their mattress, with their hands close to their head and their legs lying straight, stomach sleepers are sociable and have big personalities. However underneath all of that bravado is a sensitive soul who can’t handle criticism and have a tendency to take things too personally.

The starfish adopts effectively the same position as the freefaller, except they sleep on their back rather than their front. A caring bunch, starfishers are always here to help no matter the time, day or night. They don’t really like to be the centre of attention, but they also won’t protest too much.

Does a Mattress Make a Difference? 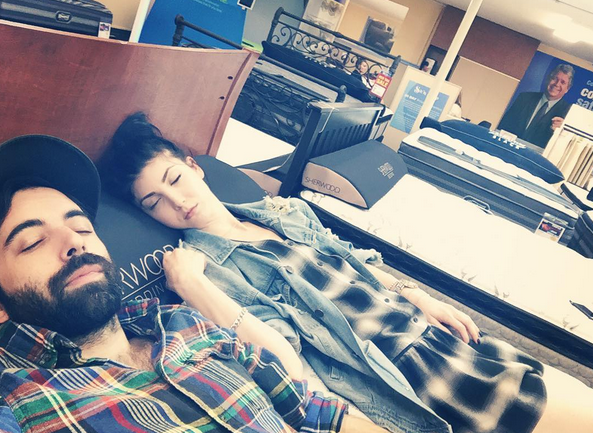 As it turns out, the mattress you’re using can have quite an effect on your natural sleeping position. This is due to the body’s natural need to adapt. For example, if you’re in pain you’ll instinctively move to a more comfortable position whether you’re awake or not.

The same goes for if you find yourself on a more comfortable mattress than you’re accustomed to. Buyers of memory foam mattresses, for example, have reported a switch in preferred sleeping positions after their level of cosiness increases.

This is also true in those who have made the switch from a single mattress to a king size mattress. The increase in space and sturdiness has relieved both their prior need to conserve capacity and any joint aches that had a tendency to cause issue when attempting to rest on their old mattress.

Studies have reported that foetus and solider positions are the two most likely to be influenced by a change in mattress, with many turning to a position that utilises their newly found extra space.

We’re yet to see whether there’s a link between changes in sleeping position to a transition in personality traits but, with sleep study becoming an increasing popular science, I’m sure there’ll be some exciting developments in the near future.

So, Sleeping Does Say a Lot About You

If you were ever in doubt about the link between sleeping positions and personality, then I hope I’ve answered your questions here. 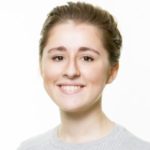 Joy is fanatical about all things sleep, and has a weekly column on Happy Beds’ sleep blog.

How much booze is too much?

How to make lasting changes to your health

How to plan the ideal staycation