As an LGBT ally and advocate of diversity & inclusivity, SLOAN! is proud to support the SMIRNOFF “We’re Open” initiative which today launches a new campaign bringing together leading non-binary artists and performers in collaboration with LGBT Foundation to spark conversation, create positive change in nightlife culture and lead a movement to make it a more open-minded and socially inclusive space. This message is supported by a new TV advert.

After having conducted research, SMIRNOFF identified that whilst 12% of millennials identified as transgender or gender non-conforming, society at large still lacked awareness and understanding of the non-binary community, with a lack of positive role models in mainstream media. Furthermore, with 3 out of 4 trans people reporting being a victim of a hate crime they recognised a need to take positive steps to support those communities. 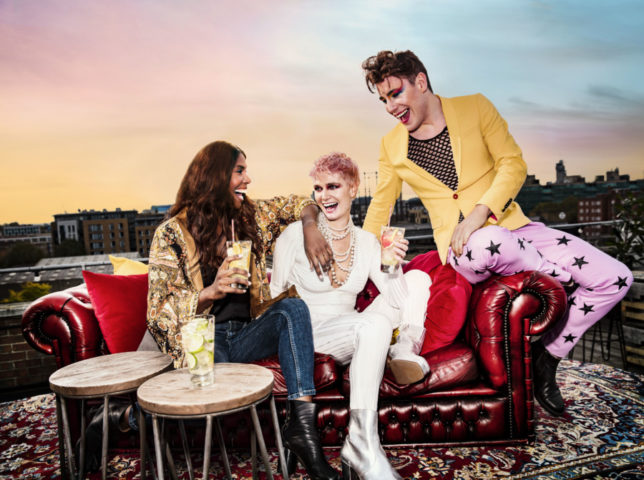 With over twenty years history supporting LGBTQ+ communities at large, including the ongoing Equalising Music initiative to double the amount of women and non-binary headliners in music, SMIRNOFF is increasingly committed to amplifying this important conversation and celebrating the full diversity of gender identities. 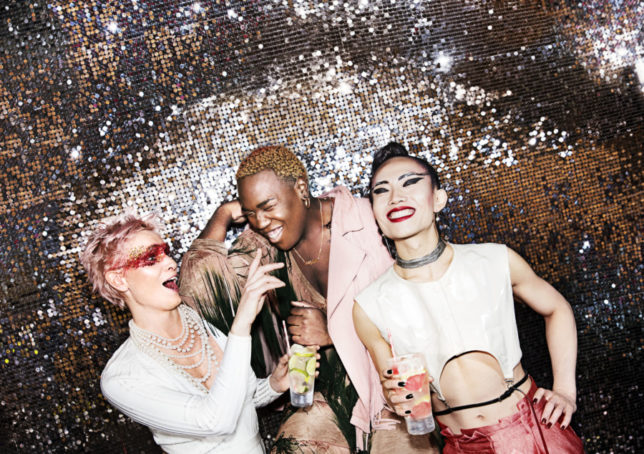 Through highlighting the positive stories of these forward-thinking artists and performers, SMIRNOFF aims to shift mainstream perceptions and understanding of under-represented communities. By amplifying the voices of LGBT role models and champions, SMIRNOFF is passionate to be leading a nightlife culture where every single person feels included, valued, and able to express themselves.

“Nightlife is a place where everyone should feel welcomed for who they are – no matter what their gender identity is” says Anita Robinson, European Category Director at Diageo. “SMIRNOFF brand’s purpose is to move the world to be more inclusive. With this new film, we aim to support and give voice to the non-binary community, push the cultural conversation around gender equality and representation forward, and use our influence in nightlife culture to drive positive change in the communities it represents.”

The ad campaign, launching 28th November, features Honey Dijon’s original rework of Sylvester’s ‘Stars’, with vocals by singer-songwriter Sam Sparro. Sylvester’s trailblazing career saw him defy gender conventions taking his career from cabaret to the dancefloors, kickstarting the evolution of disco into the house music we know today. His soaring falsetto and flamboyant style saw him crowned as the original ”Queen of Disco’’, reaching out to mainstream audiences from all walks of life and inspiring and empowering a generation to be their true self.

Growing up in Chicago, later moving to New York, and now living between there and Berlin, Honey Dijon has seen and shaped many of the key stages of electronic music – from the birth of house in her home city to its evolution in NYC. Her acclaimed debut album “The Best of Both Worlds” was released in October and her star continues to rise with collaborations in the world of fashion – Honey recently collaborated with Kim Jones for the AW17 Louis Vuitton x Supreme show. Outspoken on trans awareness, civil rights and the inclusive roots of dance music, SMIRNOFF are proud to collaborate with Honey Dijon on the latest chapter of “We’re Open”.

“Growing up, music was always my escape” says Honey Dijon. “The dancefloor was the place people of all ages, colours, genders and sexual orientations came together to celebrate and it was there that I first found acceptance. Those experiences shaped the person I am today. As a trans artist of colour I’m glad to be partnering with SMIRNOFF who recognise the important role that nightlife culture plays in providing a space for everybody to be their true selves”.

SMIRNOFF takes their role in shaping the future of this conversation seriously, aiming to support and give voice to the non-binary community and, most importantly, bring about tangible positive change. Acknowledging the complexities of this issue, SMIRNOFF sought insight from the LGBTQ+ community, which advocates more visibility of trans and non-binary individuals in mainstream media as one of the most effective ways to effectively recognise these goals, along with a greater focus on education and training of nightlife workers on the issues faced by trans and non-binary people.

With the new film and national campaign set to amplify the voices of trans and non-binary individuals and put gender identity front and centre in mainstream conversation, SMIRNOFF also announces a partnership with LGBT Foundation. LGBT Foundation will develop guidance for the SMIRNOFF team’s bartender training programme to raise awareness of non-binary issues and build skills, knowledge and confidence to ensure that staff on the ground are leading the way in ensuring that nightlife remains a place for inclusive good times.

In addition, SMIRNOFF will also work to build on LGBT Foundation’s flagship Village Angels initiative with nightlife organisations, local authorities, and emergency services around the UK. The Village Angels are a team of volunteers who have been providing non-judgemental support and assistance to people in need in Manchester’s Gay Village since 2011.

“We’re very proud to be collaborating with SMIRNOFF to make nightlife a safer, inclusive and more understanding space” says Paul Martin OBE, Chief Executive of LGBT Foundation. “From providing insight and training to help the industry understand non-binary communities, to investing in grassroots initiatives that promote safety and inclusion in UK nightlife, this is a longstanding commitment to drive positive change. Our Village Angels have helped nearly 100,000 people since they were created in 2011. Thanks to SMIRNOFF, we now have a very real opportunity to grow this success outside of Manchester, by inspiring cities around the UK to kick start projects which help LGBT communities stay safe and celebrate their identities whilst enjoying a great night out”.

Check out the new TV advert below…