It was a family affair last night, as Sophie Ellis Bextor played her warm up Glastonbury gig at 100 Wardour St alongside her husband Richard Jones and brother Jack Ellis. 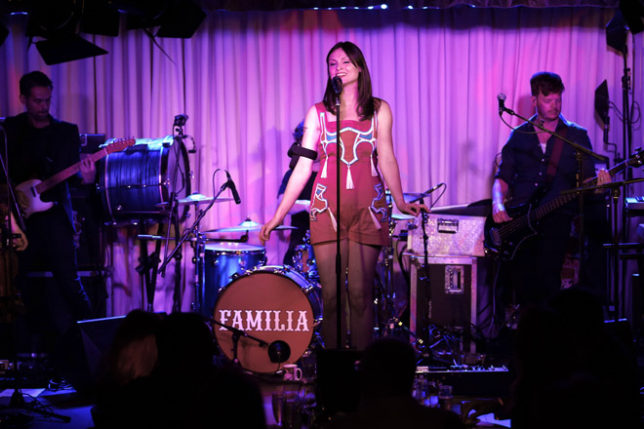 The intimate performance in the Restaurant & Club downstairs in the basement of 100 Wardour Street created a louche atmosphere drawing on the Soho hotspot’s reputation for fun and indulgence – the perfect setting for Sophie Ellis Bextor to perform a live set of some of her well known classics and more recent songs. 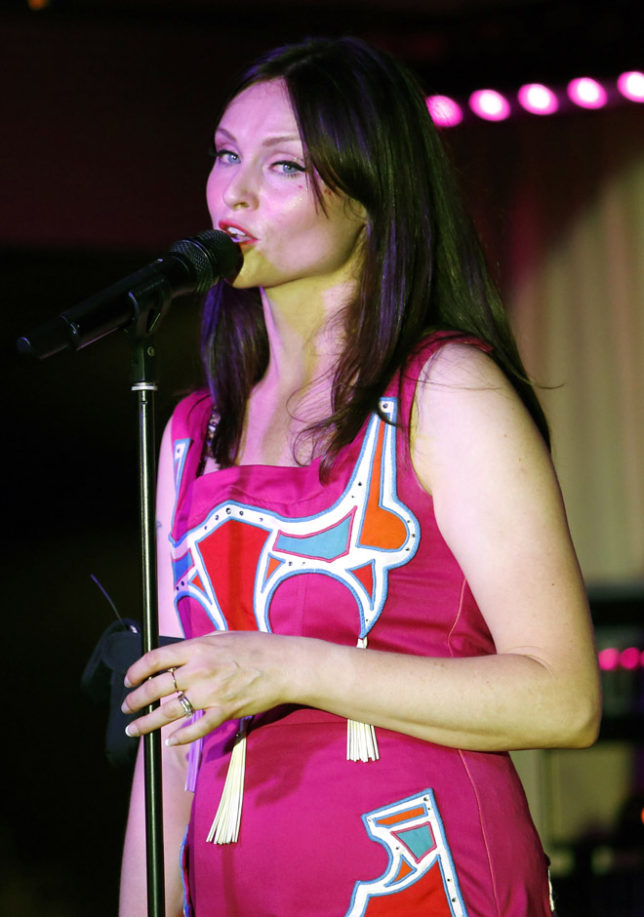 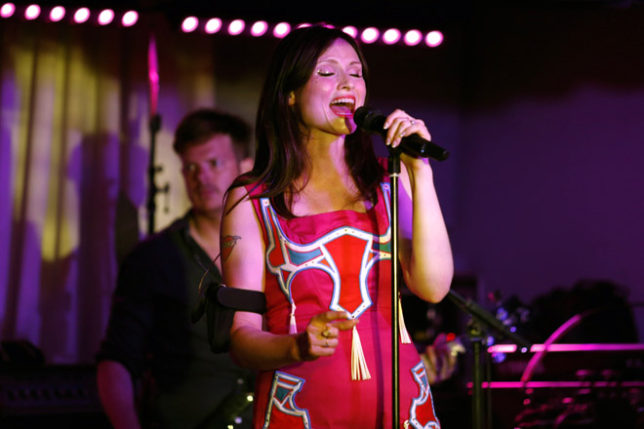 Familia  is the second album to be co-written by acclaimed singer-songwriter and good friend Ed Harcourt, with the first, Wanderlust, spending three weeks in the UK Top 10. 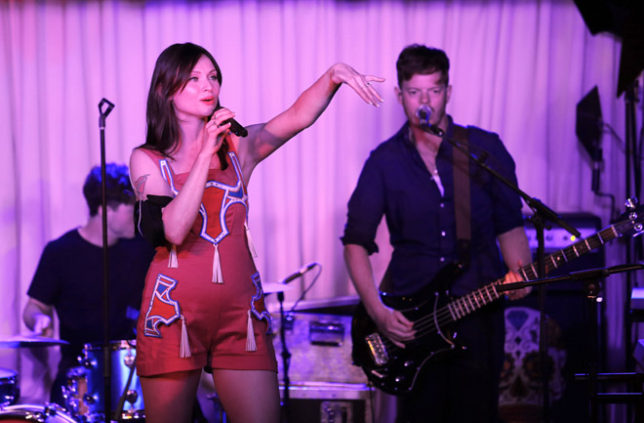 Unable to contain her excitement, Sophie thanked the crowd for coming along and danced energetically on stage whilst singing hits from across her discography of six successful albums including her latest release Familia. 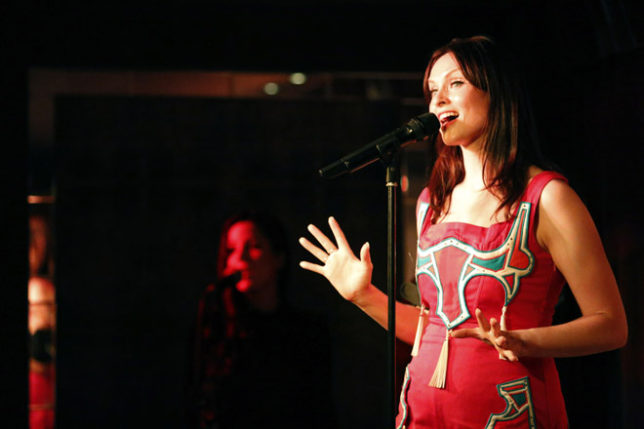 A performance filled with family pride and love, Sophie admitted that she doesn’t write many love songs but Miss That was inspired by her mum. She explained to the audience that her mum told her: “No matter how many years pass, you always see the person from the age in which you fell in love with them”. 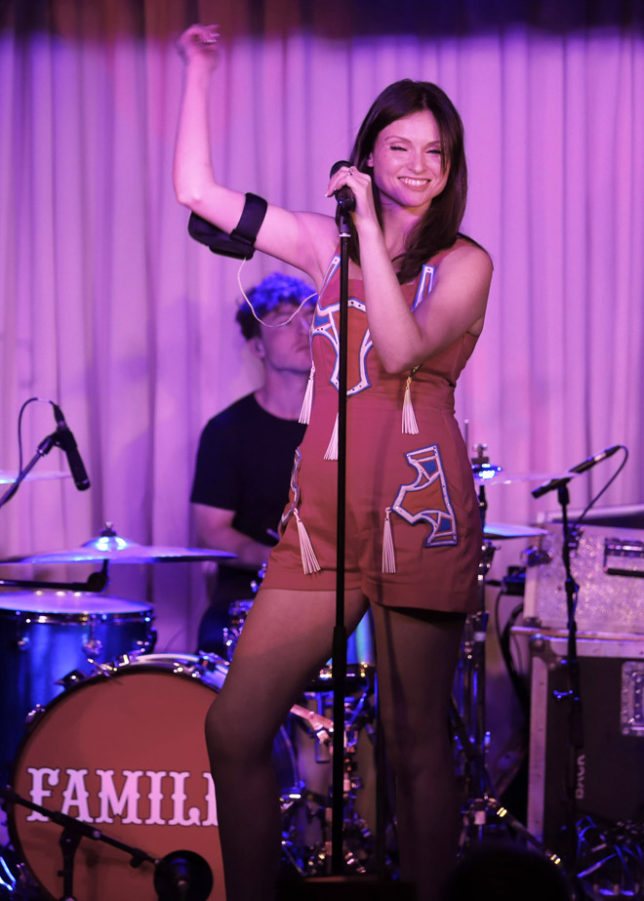 Other songs performed by Sophie and her band included A Pessimist Is Never Disappointed which was a popular request from her fans on social media. Sophie also sang a rendition of Love Is a Camera from her fifth album Wanderlust which was produced by the wonderful Ed Harcourt who also co-wrote the song which tells the dark tale of a woman who takes photos of her victims and keeps their souls in the pictures. 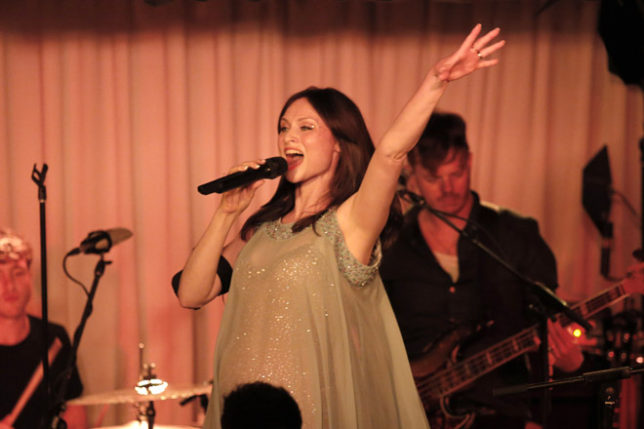 Sophie ended the gig with crowd pleasing versions of her classic pop hits including Murder on the Dance Floor, Take Me Home, Get Over You and Groovejet. 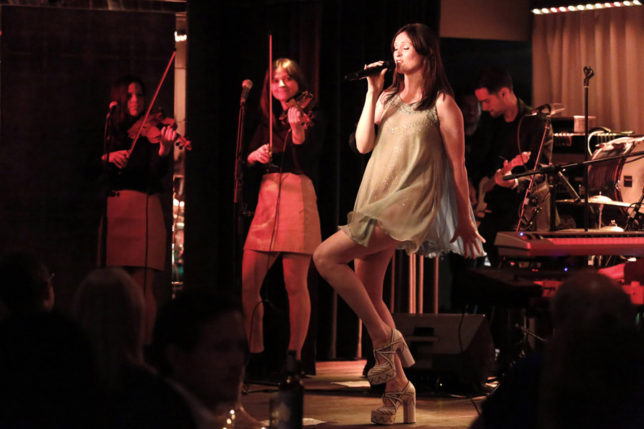 Sophie managed two costume changes during the gig. Her first outfit was a red romper with the word FAMILIA emblazoned on her behind. 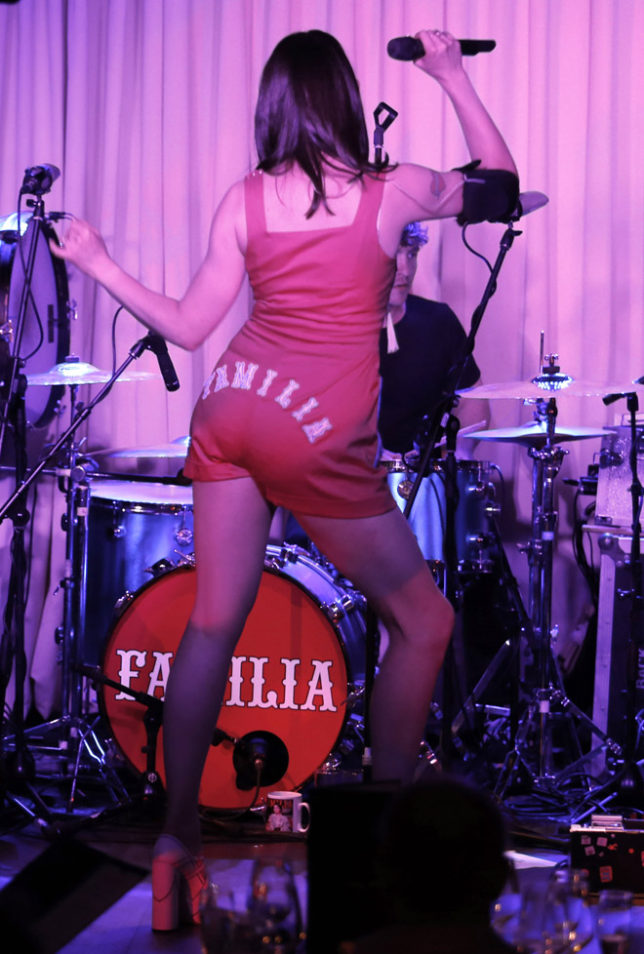 The second outfit was a beautiful green floaty number perfect for throwing some shapes on stage. 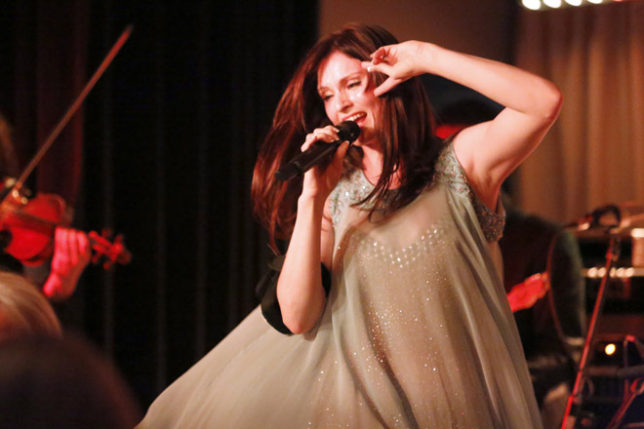 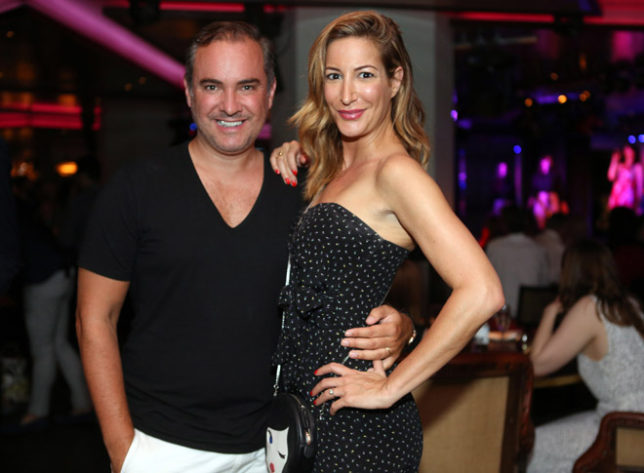 Also in attendence was presenter and DJ Ashley Louise James. 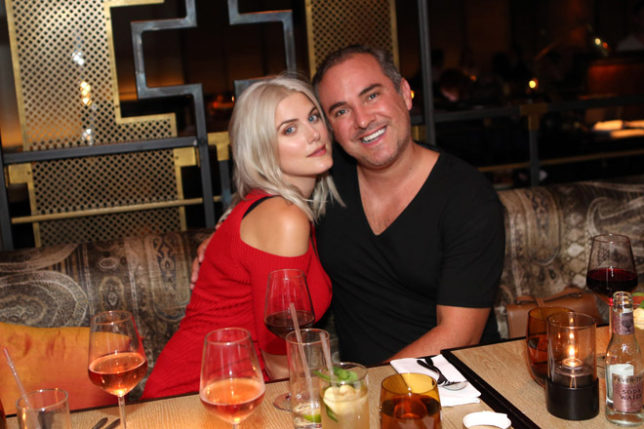 Both were joined by Tonia Buxton at the surprise birthday supper of Andrew Naylor hosted by his partner Nick Ede. 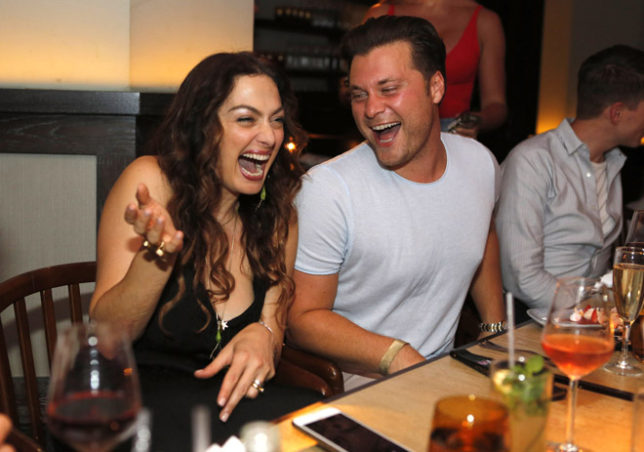 The couple announced their engagement last year and Nick & Andrew look like they had a great time last night. 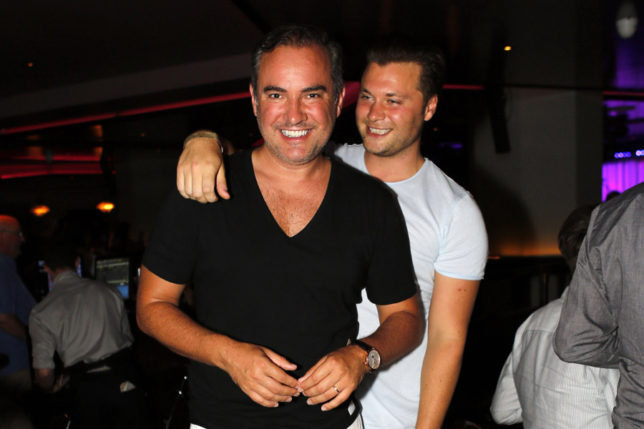 Guest dined on a stunning gourmet menu created by Head Chef Jonas Karlsson while watching Sophie in action. We were treated to a delicious food platter of tiger prawn tempura with yuzu mayo, chickpea falafels with tzatziki dip, mini burgers with spicy ketchup and a delicious bowl of quinoa salad. 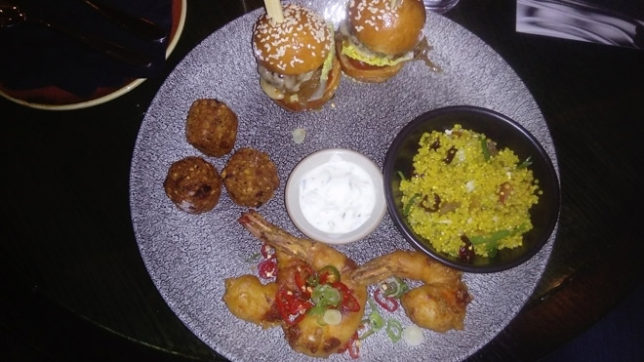 Our thanks to 100 Wardour St for inviting us to the event and supplying the gorgeous images from Sophie’s set.