Tasting Sicily Enzo’s Kitchen sees celebrity TV chef, Enzo Oliveri, bringing his traditional Cucina Siciliana showcasing the best of Sicilian culture to the heart of London, and not only in terms of the authentic regional cuisine. 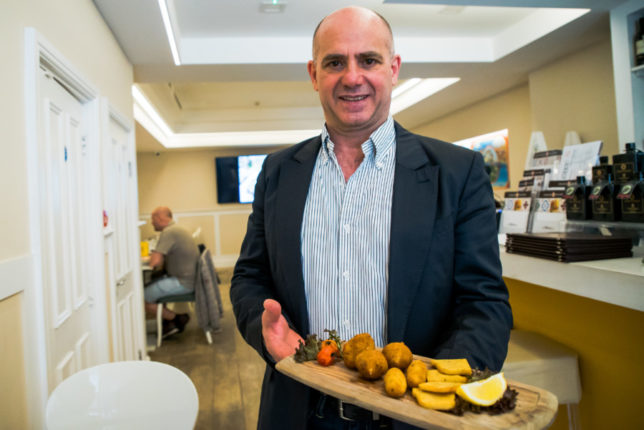 Stunning artisanal decorations from Sicily decorate the space that recount the cultural heritage of the island, such as the Sicilian cart wheel – famous for powering the carts that carried produce, food and wine to our forefathers across the Mediterranean – and a staircase made with tiles from Santo Stefano di Camastra. 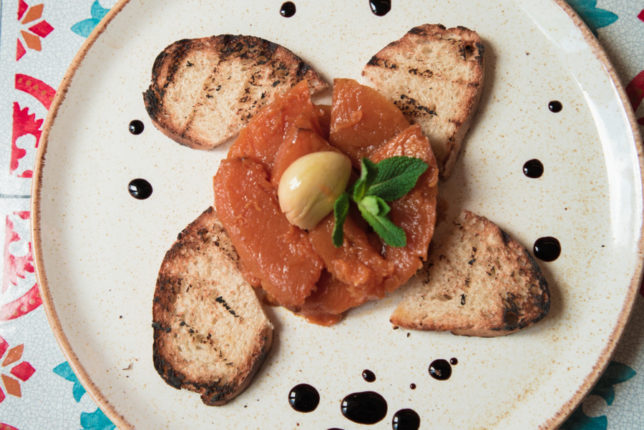 Sicilian recipes on the menu include caponata, arancini, parmigiana, anelletti alla palermitana, sfincioni and cannoli and the restaurant kitchen uses SlowFood products from Sicily and recipes described in ‘Inspector Montalbano’. 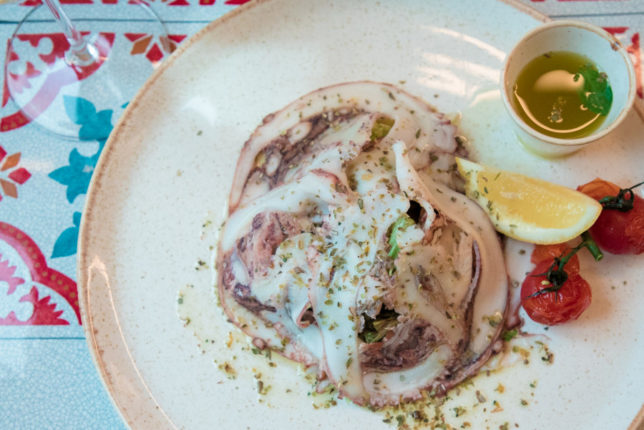 Enzo says, “Authentic Italian cuisine is regional. I was born on the beautiful island of Sicily and since I was a boy I have had a passion for food. Every family in Sicily has its own recipes for making special dishes. In our restaurant we follow our ancient cookery traditions that we have grown up with”. 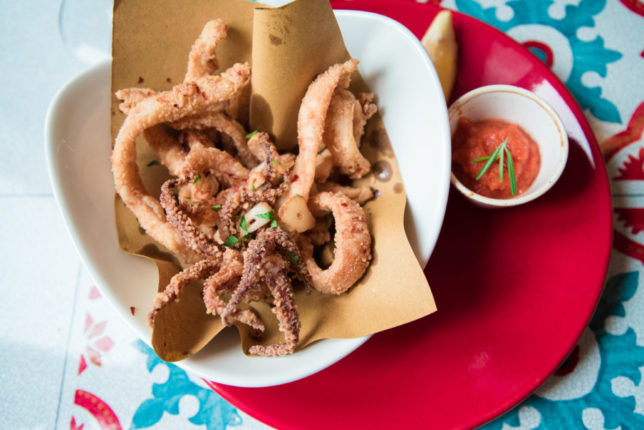 Favourites on the Enzo’s Kitchen menu include pasta with Bronte pistachio pesto and Busiate with fresh Trapanese pesto. 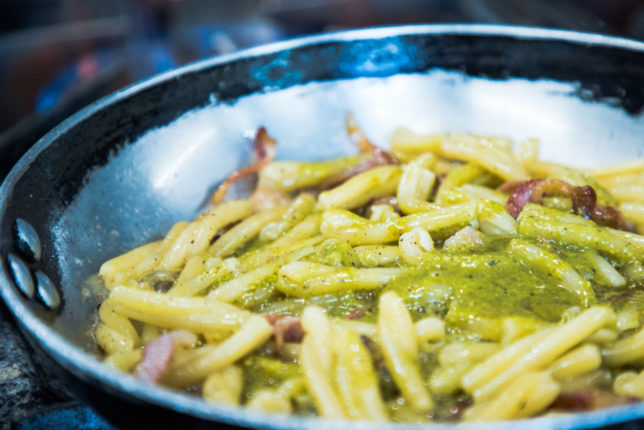 There is also a selection of tempting desserts such as the Sicilian Cannoli with ricotta cheese, semifreddo alle mandorle or the traditional Cassata Siciliana. 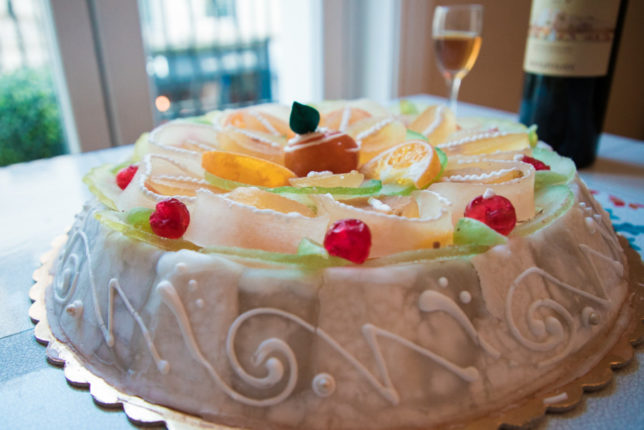 We arrived at Tasting Sicily on a hot summer day. The restaurant has space to dine outside and enjoy the rays or for those wanting somewhere cooler to dine Enzo’s restaurant offers a calming space to take escape from the heat of the day.

We decided to make the most of the cicchetti experience and embrace the Sicilian way of sharing dishes. We started with Calamari “Vucciria” – the deep fried squid had a light and crispy batter with the squid having a mild sweet flavour and a soft wholesome texture. 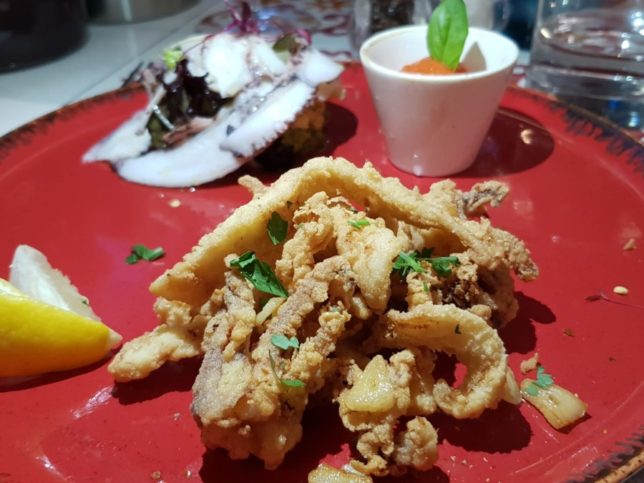 We also stuck with the seafood theme and also tried the Carpaccio di polpo maiolino. This consisted of a bed of salad with salmoriglio olive oil marinade dressing and of course Octopus from the shores of Sicily. The texture of the octopus was soft and had been cooked using Enzo’s special technique. Boil for 45 minutes then rest for 45 minutes then lightly grill. It is always interesting how chefs have different ways of cooking their octopus but this technique brings a dish to the table that is heads and shoulders above many rivals. 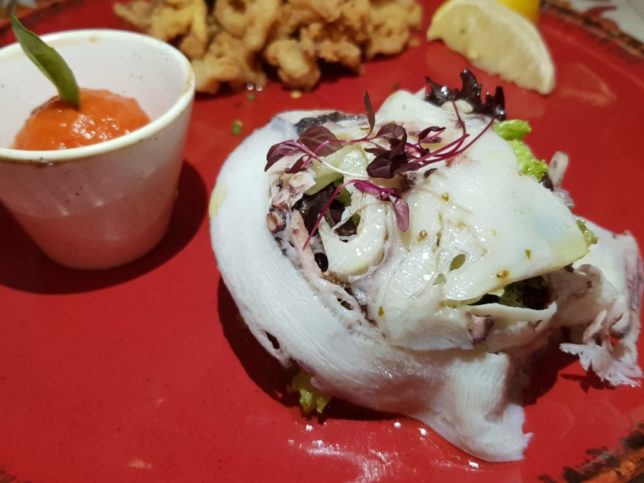 After a short break we went on to sample the pasta & risotto menu. We chose Enzo’s signature dish Casarecce con guanciale di suino nero dei Nebrodi e pistacchio di Bronte. This consisted of ribbon pasta with Nebrodi cured black pig cheeks and Bronte pistachio pesto. What a delightful surprise this dish was and one that you will not find anywhere else in London. The pasta was al dente and the pesto with the pig cheek brought a moreish element to this dish. One of the best pasta dishes we have tried at SLOAN! and a dish worth searching out. 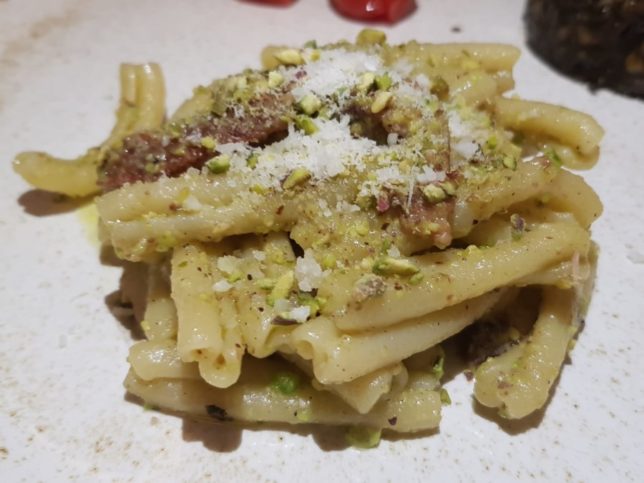 The Risotto al nero di seppie consists of Enzo’s black ink sauce with cuttlefish and a touch of chilli. The rice again was al dente cooked perfectly allowing the different texture of soft fish and firm risotto to work in harmony. The dish also had a tomato element in the sauce which lightened the strong flavours of the cuttlefish. 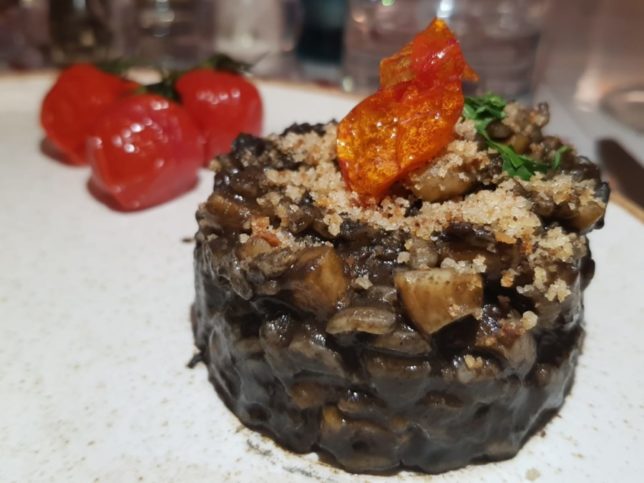 We then moved onto our secondi course. We tried a trio of Sicilian mains. 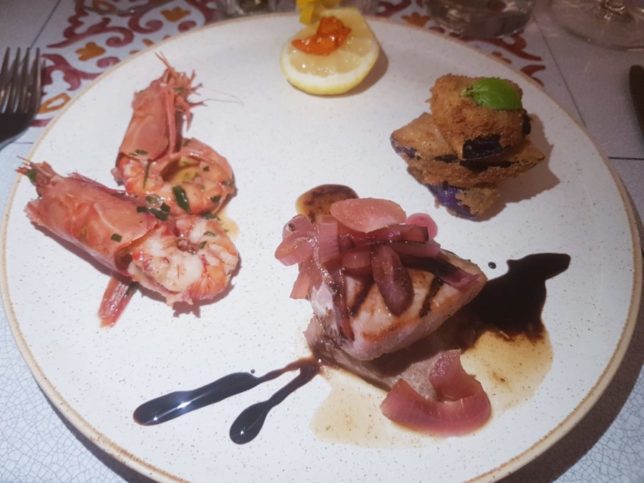 The Melenzane n’panta is a basic dish of fried aubergines coated in egg & breadcrumbs. The aubergine was packed with flavour though the texture was firmer than some would like. 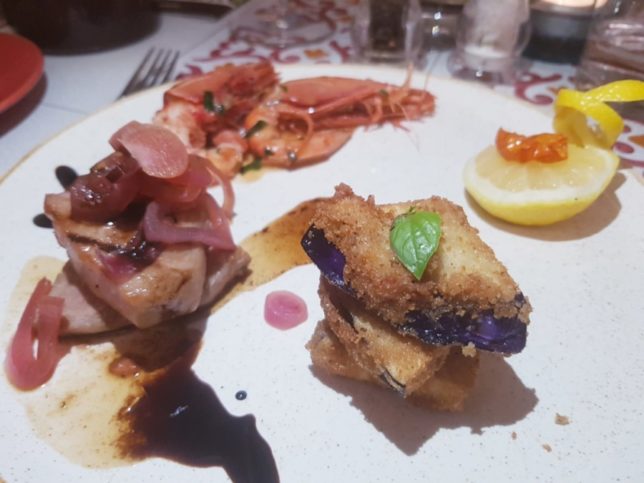 We also tried the Tonno in cipollata, which is Sicilian marinated tuna steak with red onion in sweet and sour sauce. The tuna was cooked carefully and the contrasting flavours of the sweet and sour onions worked well together with the flavour of the fish. 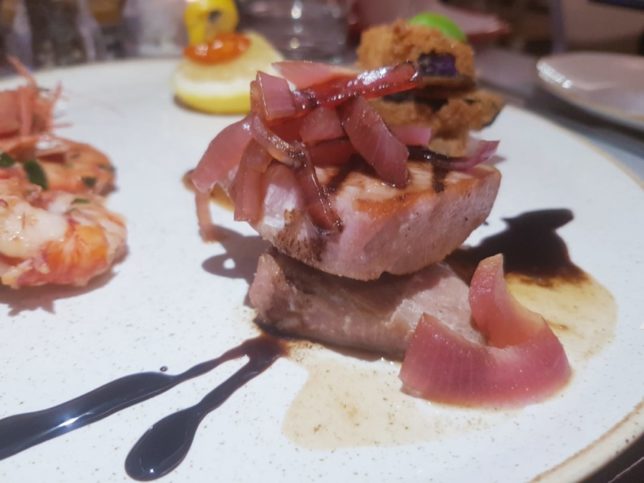 A lovely surprise and the final of the trio was the Gamberoni rossi di Mazara. These prawns are very special. The Rosso di Mazara is the only red prawn in the world to be certified as bisulphate-free and to have been awarded Friend of the Sea certification. The prawns are caught and frozen straight away to lock in the fresh flavour. The heads of the prawns were testament to this and are a real delicacy. The Prawns are lightly cooked (although they can be eaten raw) and the fresh flavour of the sea combined with the sweetness of the prawn is something that will have you coming back for more. 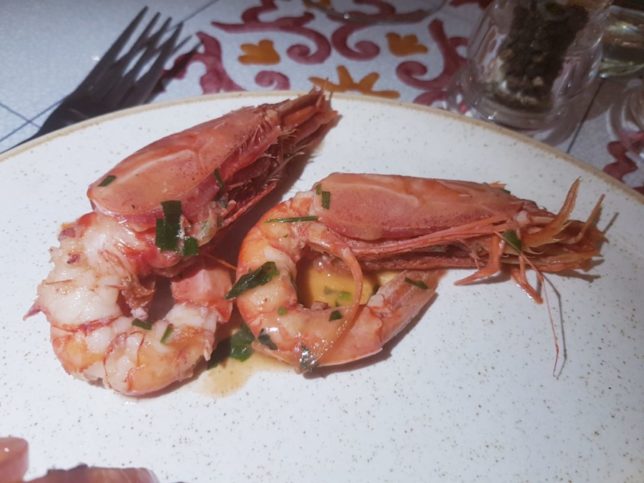 To finish our culinary journey we tried a small selection of Dolci traditional Sicilian desserts. The Delizio al pistacchio di Bronte is a must for any coffee lover. It combines Bronte pistachio with a light coffee flavoured sponge. 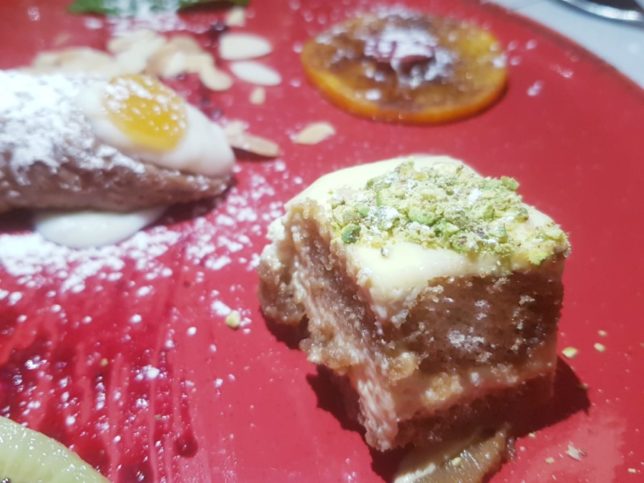 The Cannolini Siciliani is a must for anyone with a sweet tooth. The tube-shaped shell of crunchy pastry dough is filled with a sweet creamy ricotta cheese. The pistachio crust also adds to the crunchy texture. A great end to a superb Sicilian adventure. 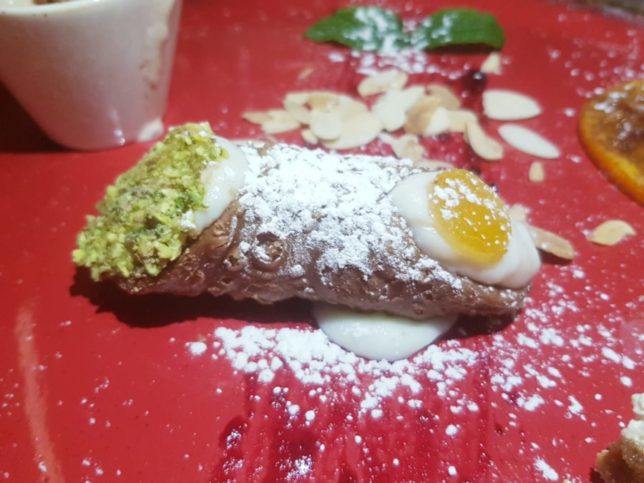 Gaucho at The O2