Tom’s Kitchen Chelsea celebrates its 10th anniversary this year having opened in November 2006 as a modern British brasserie, serving national favourites and comfort food classics in a relaxed and informal environment from breakfast until dinner. Only a ten-minute walk from South Kensington or Sloane Square, the restaurant spans three floors of a townhouse on the former site of The Blenheim Pub. 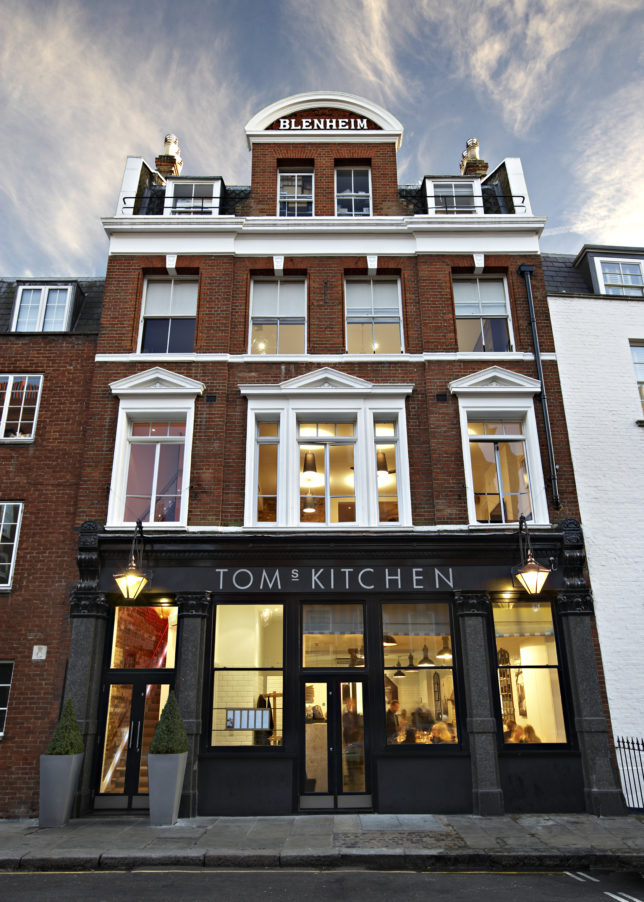 Founded by Michelin starred chef Tom Aikens, Tom’s Kitchen has four restaurants and three delis across London as well as one international flagship in Istanbul. The London restaurants, located in Chelsea, Canary Wharf, St Katharine Docks and Somerset House, serve British favourites and comfort food classics with an emphasis on where food comes from and how it is grown. Tom’s Kitchen Chelsea ground floor restaurant incorporates oak floors, tables and chairs, grey and white marble topped bars and an open kitchen. 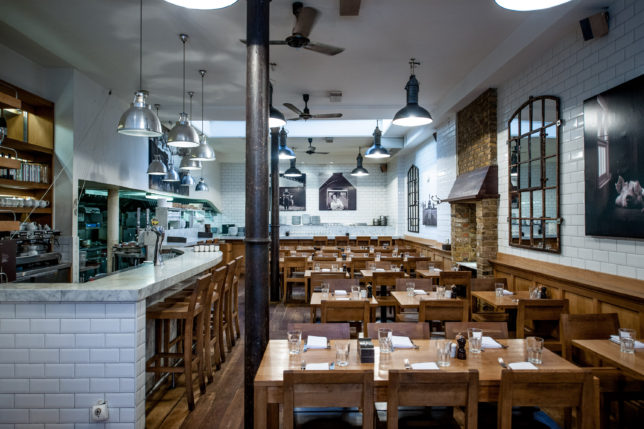 Tom Aikens is one of the UK’s most acclaimed and inspirational British chefs. At 26, Tom became the youngest British chef ever to be awarded two Michelin stars. Tom works closely with various charities including the Great Ormond Street Hospital Children’s Campaign and Royal Marsden Cancer Campaign. He has also written three recipe books and has made several appearances on television. He is dedicated to serving only the highest quality, ethically sourced ingredients and continually supports The Environment Justice Foundation to raise awareness of illegal ‘pirate’ fishing and diminishing fish stocks. 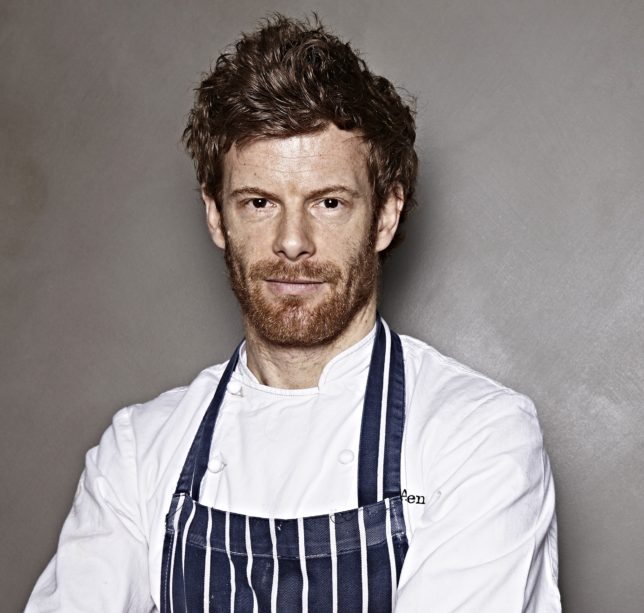 The ethos of Tom’s Kitchen is simple: use the very best seasonal and locally sourced ingredients wherever possible. The restaurants are committed to working with British suppliers and farmers that are as passionate about growing as the chefs are about cooking. Serving fresh, ethically sourced ingredients, Tom’s Kitchen goes to great lengths researching the finest sustainable produce around. The press photos of the dressed crab really whet our appetite. 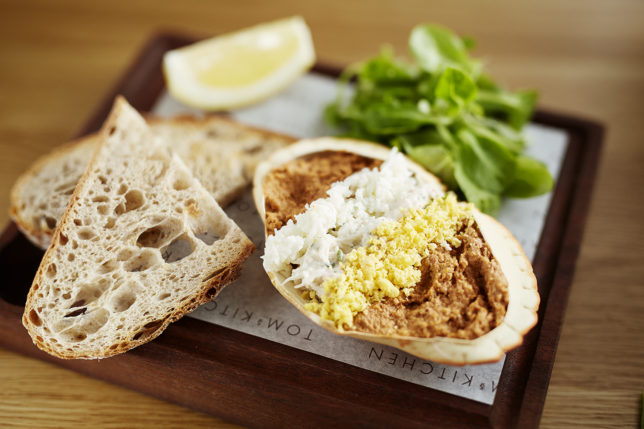 But popular dishes include Spicy Crab Cake with tomato and cucumber salsa, a chicken and fois gras terrine and mac and cheese with truffle. To start our dining adventure we chose the pan fried foie gras with duck egg and bacon 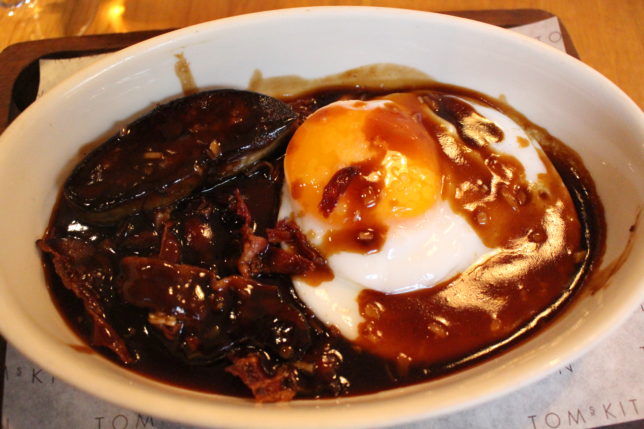 Followed by a predictable choice after seeing the photos but absolutely scrumptious choice of dressed crab. As you can see this crab is served perfect every time. 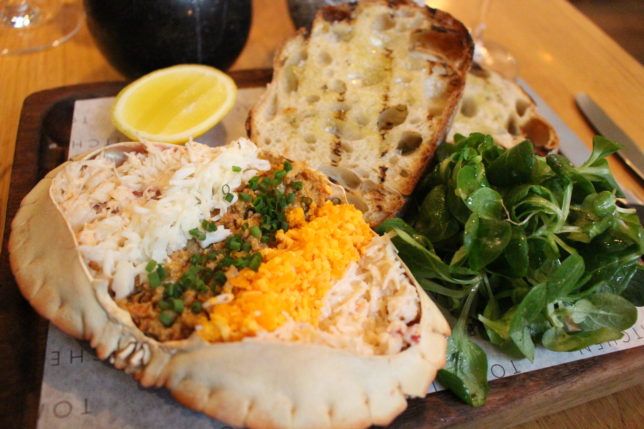 For mains there is much choice from Roast Fillet of Gilt Head Bream with braised chicory, heritage tomato salad and olives (£21) and Beer Battered Pollock & Chips with crushed peas, tartare sauce and lemon (£16). Check the specials board for tempting choices of the day. Today this included a rump steak, roast trout, and quinoa salad 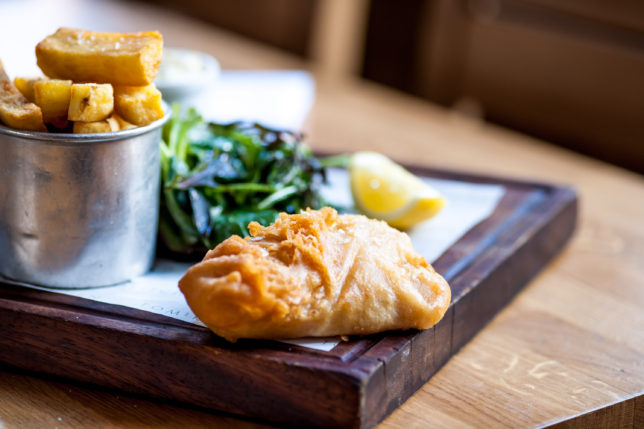 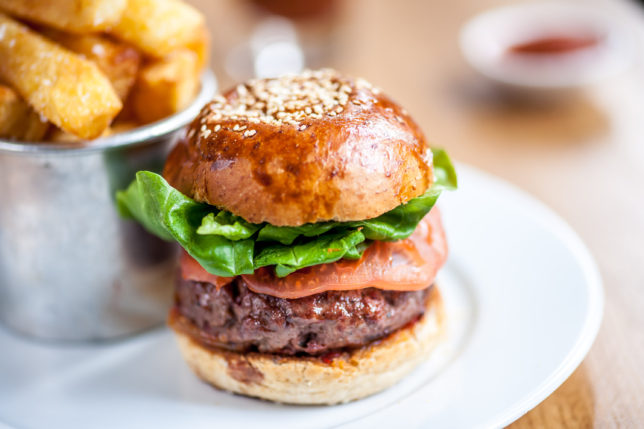 I decided to check out the grill with a 250g rib eye steak served medium rare with pea shoots and sauteed carrots. Perfectly cooked, tender with flavour and all the juices kept in the meat. 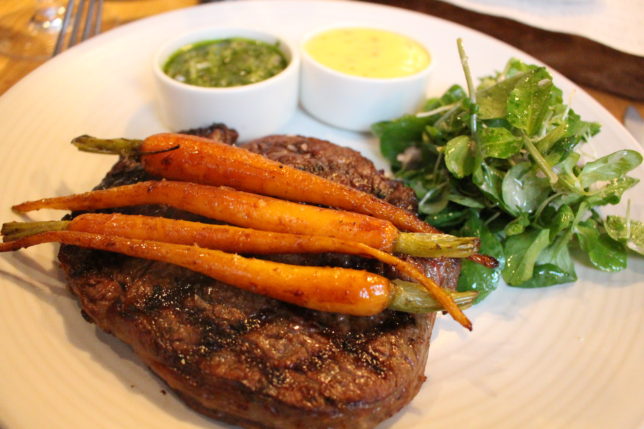 My dining companion chose the shepherd’s pie which although a substantial portion seems slightly heavy on the potato with good flavourings of tomato but if you are a carnivore probably slightly lacking in lamb. An extremely filling dish with plenty of flavour. 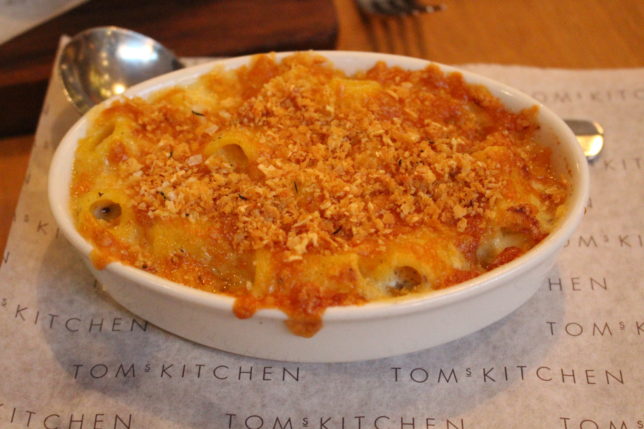 The mac and cheese with truffle which is normally served as a starter was ordered by us as a side dish and it absolutely stole the show. This is not because the other dishes were by any means less than amazing but because this mac and cheese is truly phenomenal. A dish to be ordered as a starter or main as it can really hold its own with all the other dishes on the menu. 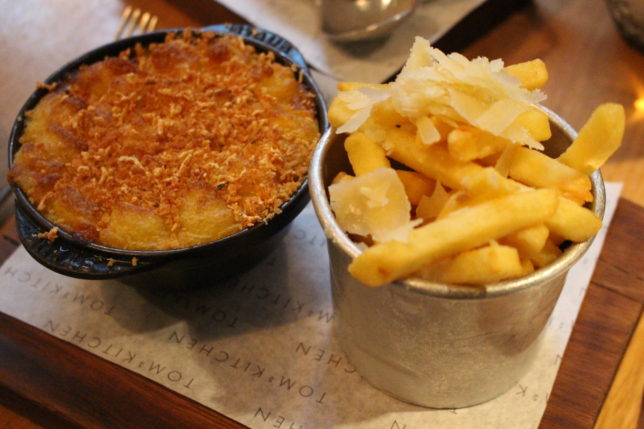 Desserts include Chocolate and Peanut Butter Fondant with salted caramel ice cream and a traditional Eton Mess amongst others like this rhubarb delight. 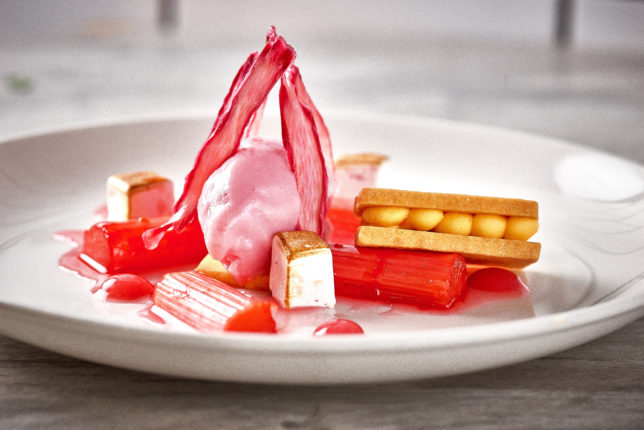 We chose the Millionaire Caramel Shortcake which was a really interesting combination of salted caramel, lime and coffee meringue. A must to order if you have space left after the very generous and moreish portions that the main and starter have to offer. 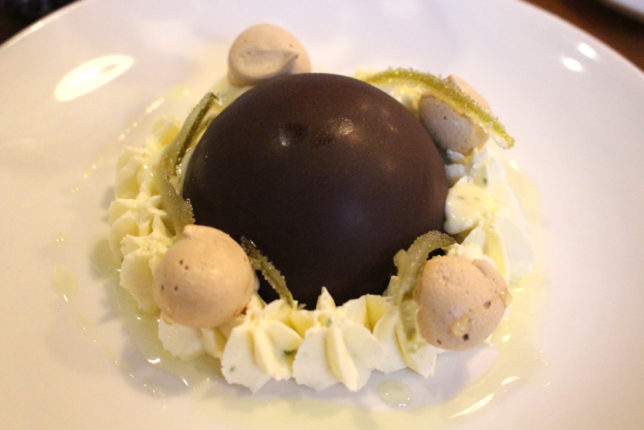 To celebrate the start of Totally Thames 2016, Tom Aikens will be hosting an exclusive dinner at Tom’s Kitchen St Katharine Docks on Thursday 1st September 2016, in support of the Thames Festival Trust. The night will begin with welcome drinks, followed by a specially created four-course dinner created by Tom and the Tom’s Kitchen team. Each course will be paired with matching wines, and accompanied by the cool sounds of Peter Werth’s Jazz Crew.

The Totally Thames Festival takes place throughout the month of September and brings the river to life through an exciting season of arts, and cultural and river events, all along the 42-mile stretch of the Thames in London. The programme of events is recognised both locally and internationally, with support from The Mayor of London, London First, Arts Council England, Port of London Authority and throughout the seventeen London boroughs that touch the riverfront.

Speaking of the collaboration, Tom Aikens, founder of Tom’s Kitchen restaurants and delis commented: “We are delighted to be able to take part and support Totally Thames 2016. I think this is a fantastic way to get people involved in this month-long celebration of the River Thames and all that happens along it.”

Priced at £70 per person, the Totally Thames Festival dinner will take place on 1st September at 7pm. £2 per ticket will be donated to the Thames Festival Trust. A vegetarian menu will also be available.

For more information and to buy tickets please visit www.tomskitchen.co.uk/st-katharine-docks

Lunch at The Hour Glass