Private members club Tramp opened its doors at 40 Jermyn Street on 18thDecember 1969 and has been the leader of the night club scene ever since, outlasting the many and varied competitors which have come and gone in the area. Its forerunner, Dolly’s, located further along Jermyn Street at number 57, was a trial run for the formula that became the ethos of Tramp which they describe as “the place to be~ the place to be seen~ the place, over the years for anyone, who is anyone, to party the night (and much of the early morning!) away.” 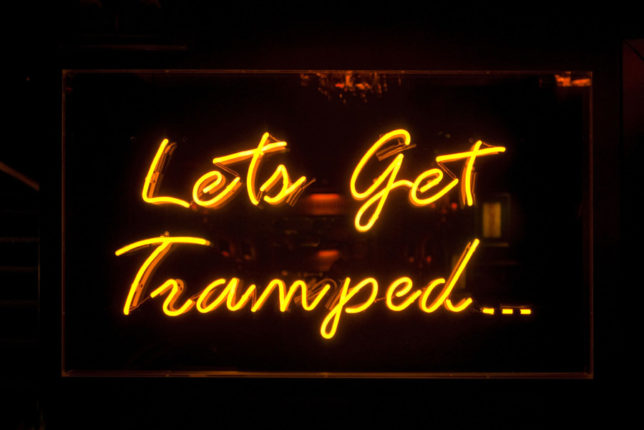 Prior to Tramp occupying 40 Jermyn Street there was ‘The Society Restaurant’. This also incorporated ‘The Zodiac Cocktail Bar’ which is where the magnificent ceiling in the Restaurant today, with the signs of the Zodiac, originates from. Although the external appearance of the upper floors of the building has changed little over the decades, retaining their quaint Art Nouveau design, Tramp’s premises have evolved and developed through time resulting in the stunning place it is today. 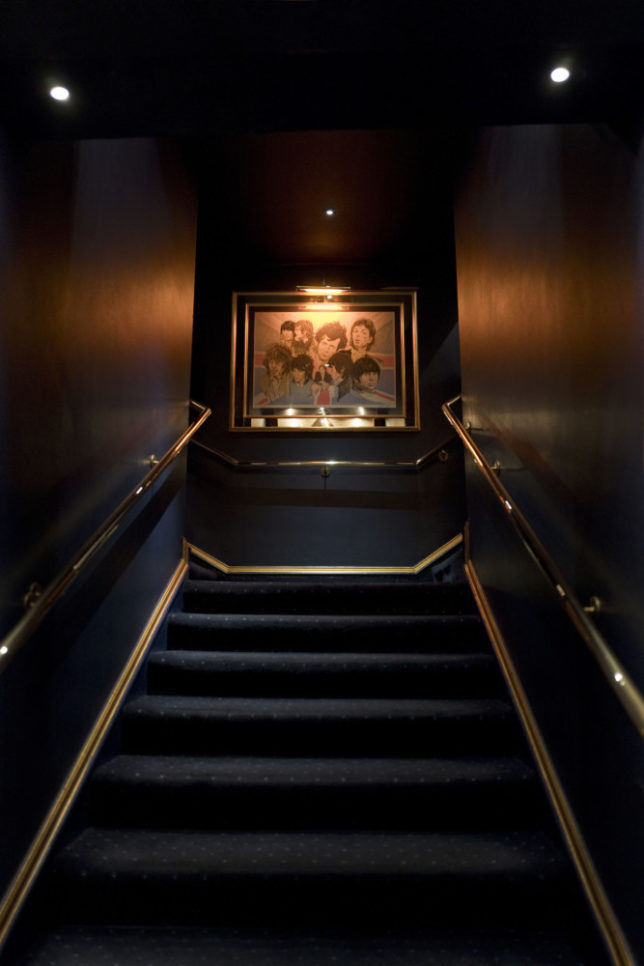 Originally thought up by Oscar Lerman, Bill Ofner and Johnny Gold, Tramp entered the worlds of celebrity, glamour and nightlife. The discrete entrance has seen the comings and goings of everyone from Frank Sinatra and the Beatles, royalty of many nationalities (including our own), Hollywood’s major players and the highest echelons of international business and society. The naming of Tramp occurred when during a documentary about Charlie Chaplin’s famous character The Little Tramp; the narrator remarked that “this was the greatest Tramp of all”. The statement provided Oscar and Johnny with the perfect name for their new club.

In 1997 the Club was purchased by Caledonian Heritable Limited and was completely renovated and refurbished the following year. The ornately carved Oak panelling in the disco, from a long dismantled château, was revealed in all its intricate detail when the smoke blackened paint was painstakingly removed as part of the refurbishment.  The three magnificent chandeliers have long sparkled in the disco and, although some of the crystals have been replaced over the years, remain pretty true to their original design and construction. 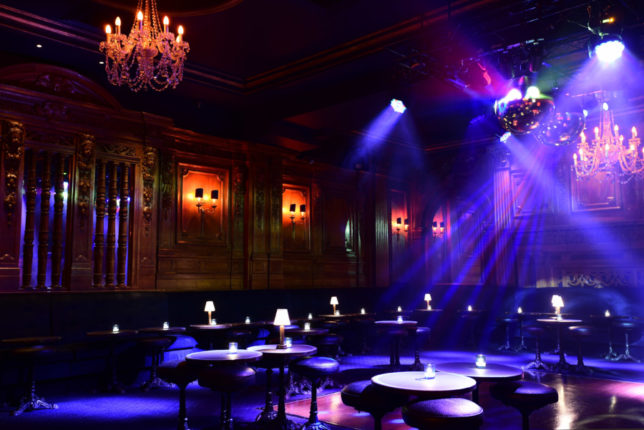 With emergence of fellow private members clubs, 5 Hertford Street, The Arts Club and the re-emergence of Annabel’s in a new location on Berkeley Square, offering for the first time an all-day and all-night experience set across 26,000 square feet. This means that Tramp has to stay at the top of its game. In June 2011 the Lounge Bar and Smoking Terrace opened as welcome additions to the club’s facilities allowing Tramps to enjoy cigars in the comfort of the club without having to venture onto the street outside.  Tramp opens its doors to the ground floor from 7pm for after-work drinks and members can stay until closing at 3am. 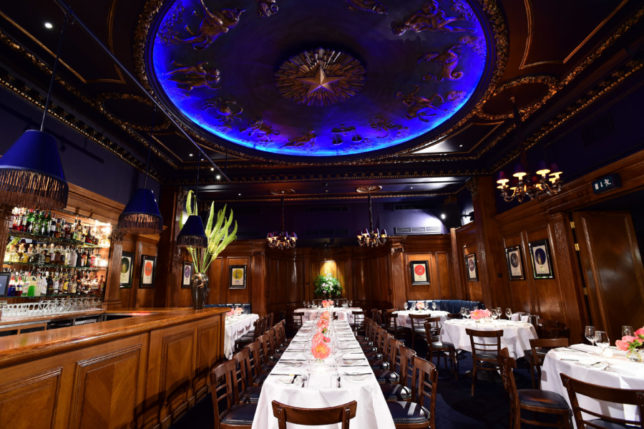 We had an exclusive invitation to dine at the Zodiac Restaurant which is only open to Tramps – as the members of the club are affectionately known. It’s important to remember that Tramp is not just a nightclub and bar but also offers its members some of the best food in London with exceptional service and inventive dishes created by Head Chef Terry Stephen.

Following a tour of the club by Assistant General Manager Anders Pors Hansen, we sat down to dinner. Oriental Duck Salad with pomelo, rock chives, ginger soy dressing & crisp lotus root was an outstanding starter to begin the meal. The Chinese inspired flavours of this dish whet the appetite for the further culinary excellence to come. 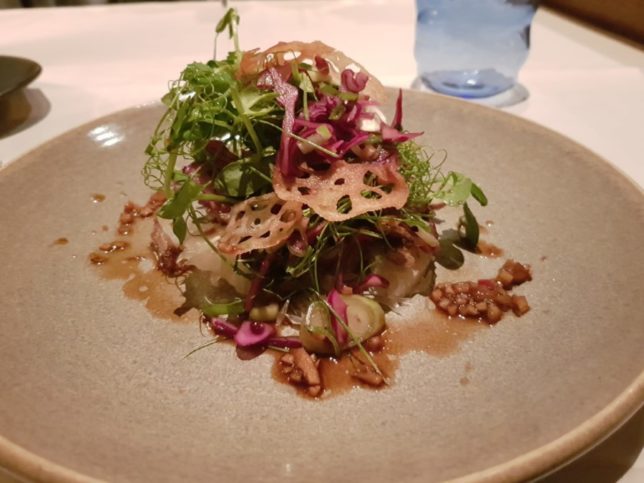 We loved the fresh flavours and well-balanced textures of the Crab with pomelo, avocado, jalepeño & datterini. The refreshing crunch of the generous slice of pomelo complemented the ocean-fresh taste of the crab. 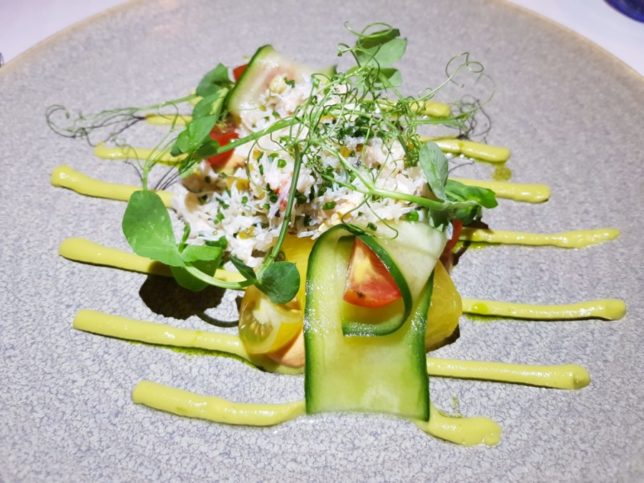 The Tramp Burger served with ‘Tramp’ relish and thick cut chips is also as famous as the club but we followed the recommendations of the Restaurant Manager and chose the Red Snapper and Cod. 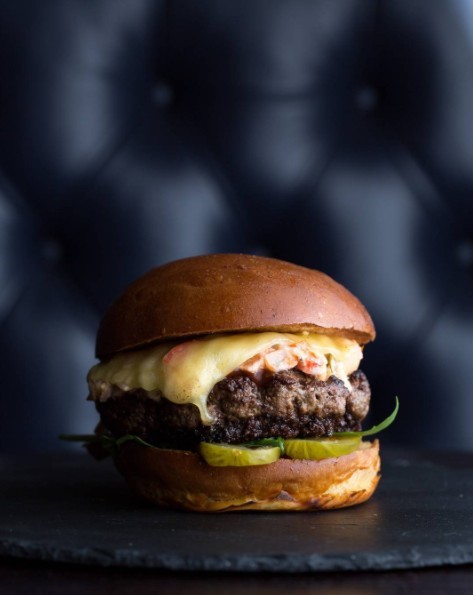 I had the Roasted Snapper with warm salad of gamberoni, kohlrabi, mange tout, Thai basil, chilli & lobster sauce. This was a dish worthy of even a Michelin star restaurant and again underlines the fact that members should make the most of this wonderful menu and book in for dinner at Zodiac Restaurant when coming to Tramp. 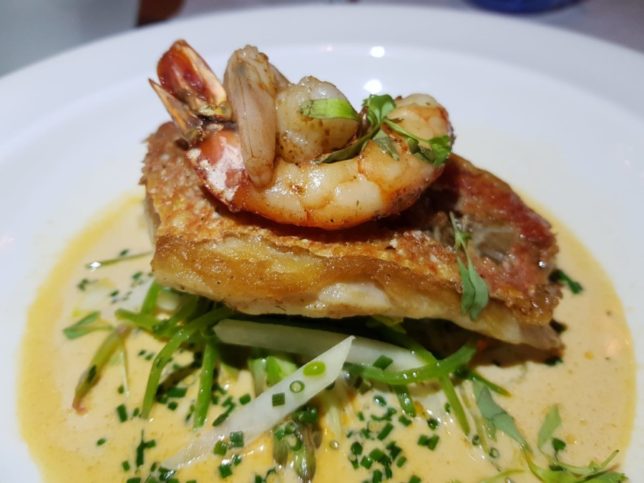 My dining companion loved the Cod with braised octopus, wakame seaweed, edamame & squid ink dashi. The flavours of the seaweed and squid ink dashi really complemented the fish well and the braised octopus was an indulgent addition by the chef which took this already excellent dish to the next level. 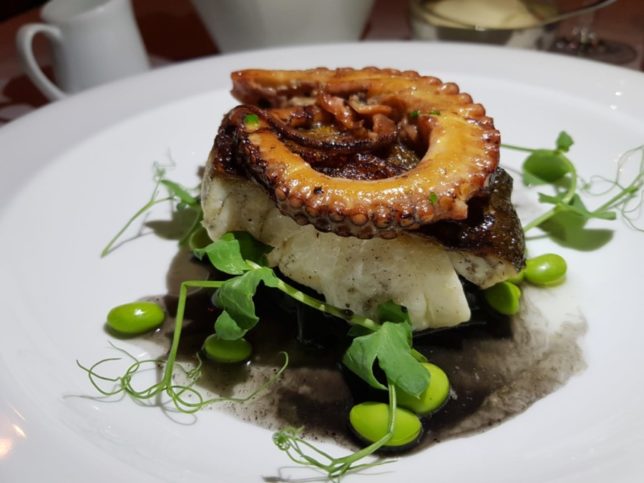 If you have room for dessert before moving on to the dance floor or relaxing at your table listening to the live acoustic guitarist performing in the restaurant, we recommend the Carpaccio of Pineapple with chilli, pomegranate & coconut sorbet – which is also vegan friendly but unlike many vegan desserts served on the London restaurant scene, the pineapple carpaccio is full of flavour and is worth trying even if you are not vegan. 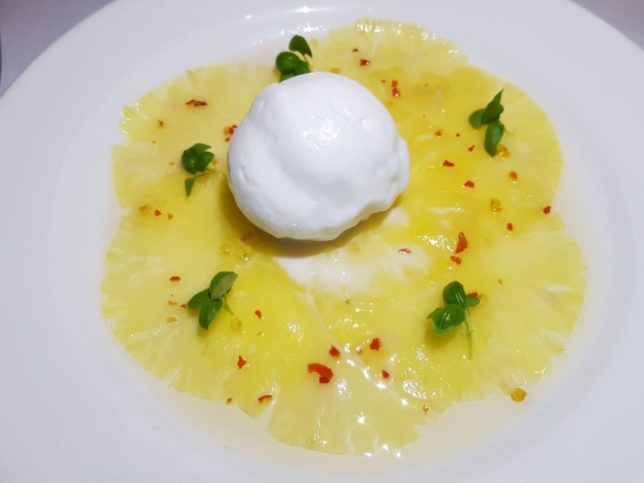 Tramp is now approaching its 50thAnniversary next year and to ensure it remains open for the next 50 years Tramp must offer its members the best. From what we could see, General Manager David Fleming, Anders and the rest of the team at Tramp will have no problems doing this and Tramp’s legacy as a nightlife institution for London’s biggest names and socialites is set to continue into 2019 and beyond.