When it comes to fertility and conception – one of the most empowering pieces of information a woman can gain is to understand her luteal phase: the time between ovulation and the start of the next period.

The luteal phase is characterised by the release of progesterone, which helps prepare the uterus for implantation by thickening the uterine wall and supports the early development of an embryo.

Traditionally, ovulation was believed to start in the middle of the cycle and as a result the luteal phase was also assumed to take up the whole of the second half of the cycle – but we now know this isn’t always the case.

By understanding exactly when your body enters this crucial phase, and what happens to your progesterone level during it, you can greatly improve your chances of getting pregnant and avoid the prospect of a miscarriage. 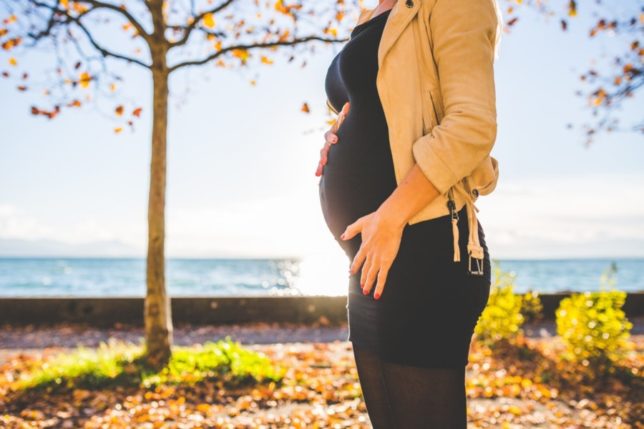 A common hurdle to successful pregnancy is having a luteal phase defect (LPD), the condition was first described as a possible cause of infertility by Georgiana Seegar Jones in 1949.

LPD can occur due to stress, or other conditions such as thyroid disorders or Polycystic Ovarian Syndrome. It’s problematic because there is insufficient time for the development of the uterine wall and often insufficient progesterone is released to sustain the growing embryo, even if it does implant successfully. If you notice signs of LPD it is important to seek clinical advice and treatment.

The date of ovulation is key to understanding the luteal phase, and your ‘fertile window’ – those days on which you can conceive within any given cycle.

A fertile window study published in the British Medical Journal (BMJ) in 2000, found 2% of women to be in their fertile window by the fourth day of their cycle, and 17% by the seventh day.

For some women, however, this window will occur much later in their cycle. For example, an estimated 30% of OvuSense users ovulate more than 65% of the way through a cycle, which is consistent with the fertile window study. This ‘late ovulation’ group is also likely to have a short luteal phase.

There are a variety of methods to help you detect ovulation:

Blood tests, conducted by a GP, can tell you if the levels of your hormones are in the normal range for ovulation. If you are found not to be ovulating, lifestyle changes may be necessary; maintaining a healthy diet and weight, exercising regularly, limiting alcohol consumption and not smoking. However, such changes alone are limited in their success without understanding when you ovulate in each cycle, and being aware of any specific issues which may cause you to ovulate irregularly.

Urine-based Ovulation Predictor Kits (OPKs) can test urine for a surge in Luteinising Hormone (LH), which triggers ovulation. OPKs take readings at snapshots in time, and require 2-3 tests a day for 10-20 days in each cycle to provide meaningful results. This can make these tests impractical, expensive and stressful if you have an irregular cycle. In addition, women with Polycystic Ovaries and/or Polycystic Ovarian Syndrome often have high levels of the LH in general. These OPKs can therefore show a false positive.

Diminished Ovarian Reserve (DOR), another common ovulatory issue, can lead to similar confusion. As an LH peak doesn’t necessarily result in ovulation, and as ovulation generally takes place at a slower pace in the cycle, any predictions are unreliable.

Charting your basal body temperature (BBT) can be an effective method if you have regular ovulation and cycles of a consistent length. As progesterone is released the body, your temperature increases, and the literature shows a BBT rise of 0.3 degrees Celsius or more can indicate ovulation has occurred, but only after it’s happened.

So, BBT, some fertility tracking apps and other temperature-based fertility monitors can be used to predict ovulation in your next cycle, but if you ovulate at a different time each month, or if you have a more erratic temperature pattern then it’s of little use.

Monitoring cervical mucous secretions can increase the effectiveness of other methods of monitoring, but this is not always practical or desirable.

Unlike BBT, core body temperature shows the direct effect of progesterone on the body and because of the accuracy of measurement, it allows for prediction of ovulation using the data within the current cycle, and then a confirmation of the date of ovulation.

Clinical studies have shown OvuSense gets this prediction right 96% of the time, and confirms the exact date with 99% accuracy.

So OvuSense can act like an OPK and BBT measurement, but with the benefit that it works for all women, regardless of ovulatory issues.

In addition, by showing core temperature in real-time, it can help show the relative level of progesterone throughout the whole cycle, and in particular, show if you might have LPD because of falling progesterone in the luteal phase or a short luteal phase.

Having a deeper understanding of your cycle and luteal phase can dramatically improve your chances of a successful pregnancy. For more information please visit www.ovusense.com

Robert Milnes, CEO for OvuSense, a real-time fertility monitor that predicts ovulation with a positive predictive value of 96% and detects the exact date of ovulation with clinically proven 99% accuracy. Kate Davies is an Independent Fertility Nurse.