Gavalas winery, in Megalochori, Santorini, is a family tradition. The Gavalas family has been exclusively engaged in the vinification of the indigenous varieties grown in Santorini, since the end of the 19th century. The volcanic islands of Santorini were created by a catastrophic volcanic eruption in around 1700 BC and the volcanic soil of the island’s vineyards is composed of limestone and is covered by a mixture of chalk, slate, ash, lava and pumice. The limited rainfall combined with the strong winds in the summer result in a low yield of grapes, thus providing the unique quality for the Santorini wines. During the summer months, the vines are “watered” at night by the mist rolling in from the sea, creating a kind of gentle artificial rain.

Nykteri is the traditional dry white wine of Santorini, which is produced from extra matured Assyrtiko grapes. Its designation comes from its traditional wine-making, as in the past the harvest and treading of the grapes took place during the night, so that the grape were cool and their juice retained a fresh fruity character.

It is characterized by high alcohol (more than 14%), high residual sugars and benefits from aging in oak barrels. Its colour is gold and its nose reminiscent of pear and jasmine. It is full-bodied and it can be aged for at least 7-8 years. 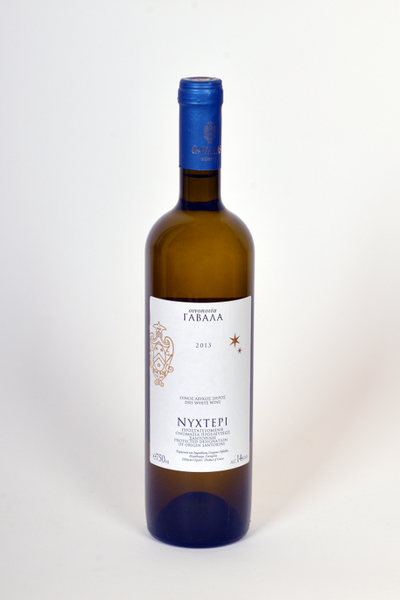 This is another dry white wine made from 100% Assyrtiko grapes from the vineyard that is considered to be the oldest in Greece boasting vines up to 500 years old. With bright yellow colour, delicate aromas of fruit – pear, lemon and pineapple – and a smooth, rich, fruity and full-bodied palate. It has a balanced acidity and a long finish. An ideal accompaniment to seafood, white meat and light cheese. SRP £16.80 (inc VAT) 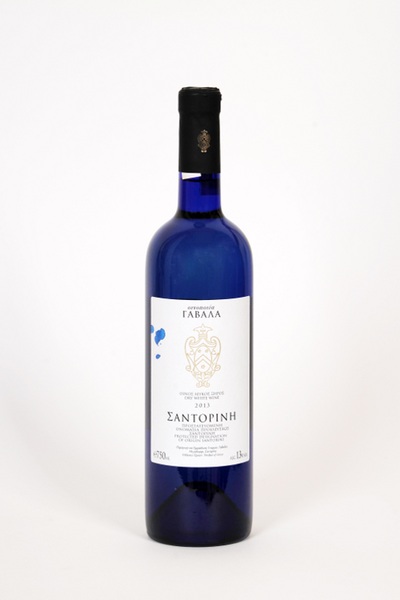 Vinsanto is the mythical nectar of Santorini, produced from the native grape varieties of Assyrtiko, Athiri and Aidani. The vinification is carried out using traditional techniques and the wine ages in old casks for at least 5 years before release, so that all its precious flavours get concentrated and develop to more complex ones. Caramel, dates and dried sultanas are present both on the nose and palate with opalescent viscosity and a surprising acidity, which complements perfectly the natural sweetness and the barrel tannins of the wine. This wine fills the chalices of the orthodox churches, used for the Holy Communion and so it is called Holy Wine (Vin Santo in Latin). According to others the name Vinsanto translates to Wine (Vin) from Santo-rini. It can be best enjoyed chilled at 6-8ºC, as a dessert wine and is bottled in limited quantities. SRP £33.00 (inc VAT) 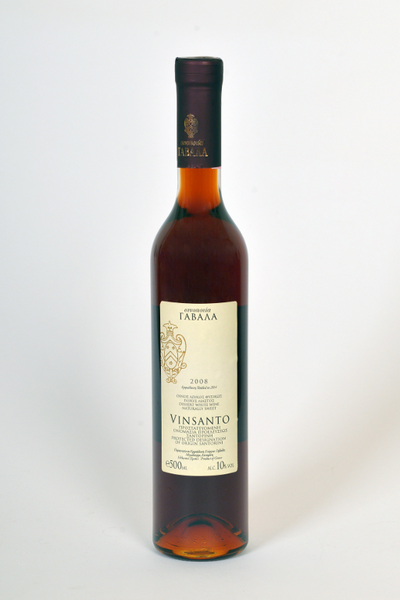 The competition to win a case of Santorini wine from the Gavalas Winery has now ended. Winner has been contacted by e-mail.