Like all of us fascinated by the possibility of knowing our fate, Kings and Queens have used astrologers over the centuries. The court astrologer would be consulted on all kinds of questions – from the best time to be crowned, to when to go into battles to which direction to escape imprisonment and whom to trust and even marry.

This would have been a horary astrologer – an astrologer who predicts the answer to a question by referring to both the querents birth chart and to the exact position of the stars at the time of the question. These men were also medics as astrology was linked to health and one’s ‘humours’ were ascribed to one’s sun sign.

Before the Enlightenment there was such belief in the power of astrology that it was actually a criminal act to cast the birth chart of a Royal as it was considered inside information on their personality and therefore top secret. Some even gave false birthdays to confuse their enemies.

As early as Roman Britain Caesar was describing the Druids as learned in astrology and there is written evidence even they would predict a child’s future from its birthdate. Then we have Alfred the great who went out of his way to translate an astrological text by Roman philosopher Boethius and applied it to his rule.

Whilst later in the 8th century apparently a York-educated astrologer Alcuin was a close advisor to Emperor Charlemagne, who must have been good given Charlemagne’s title of the ‘Father of Europe’. Then with the Norman conquest came an whole new wave of astrological texts through William the Conqueror’s court which contained Jewish scholars, bringing with them astrological Intel from Arabic, Moorish and Jewish sources. Quite an impact on the status quo and William himself used his astrologer to set the date of his coronation, the auspicious hour of midnight, Xmas day 1066.

In the 12th century the future King Henry II was tutored by astrologer William of Conches instilling in him enough belief for Henry, once King, to patronise Abenezra from Toledo who later became an internationally famous astrologer of his era. Even the old Abbey of Glastonbury had a zodiac set in its floor! And surprisingly scientists like Sir Isaac Newton were practising astrologers.

However the standout astrologers/magi linked to Royalty have to be 16th century Dr John Dee and 17th century William Lilly. Dr John Dee was Elizabeth the first’s spiritual and astrological advisor. Cambridge educated and of Welsh parents John Dee was an astrologer, astronomer, alchemist, magician and serious calculator of navigation. He was in many ways a scientist before the term was invented. He came to Elizabeth’s attention when he was charged with calculating the birth charts both for the then Queen Mary and the then Princess Elizabeth in 1555 He is said to have calculated the very auspicious date of her coronation (and what a reign it turned out to be!) and to have cast a spell upon the Spanish to defeat the Armanda.

Now to William Lilly, the most famous horary astrologer of the 17th century. A political chancer and real character Lilly was happy to advise both King Charles and Cromwell. He calculated a favourable escape route for King Charles the 1st at his request, however the King, famously wilful and stubborn then didn’t take his advice! Lilly’s other tasks included being hired by Cromwell to stand on battlefields to give his verdict before the actual battle began to boost the troops morale – luckily he was never wrong! He was famous for a number of startling predictions including predicting the Great Fire of London and the plague 13 years before they happened – he was then arrested for starting the fire of London… such are the dangers of horary astrology . His writing and horary reports are still studied today and he is considered the father of contemporary Western astrology.

More recently Edward the Seventh used celebrity astrologer Cheiro to decide the date of his crowning – unfortunately for Edward Cheiro make a simplistic calculation ignoring the more questionable aspects of the date – the 9th of August 1902 whether this affect Edward’s short reign or not is for others to argue. 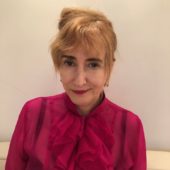 Tobsha Learner is a British playwright and the bestselling author of 11 novels and counting. She divides her time between London, California and Sydney. Tobsha’s new historical thriller The Magick of Master Lilly is out now, published by Little, Brown Book Group, and priced at £8.99 in paperback and £7.99 in e-book. For more information, please visit tobsha.com