On Friday 6th August 2021, Pirelli announced that artists Cher, Grimes, Jennifer Hudson, Normani, Rita Ora, Bohan Phoenix, Iggy Pop, St. Vincent, Kali Uchis and Saweetie are to be the protagonists of the Pirelli Calendar 2022. In addition to announcing the cast, the brand also released behind the scenes imagery of the shoot captured by musician and photographer Bryan Adams. 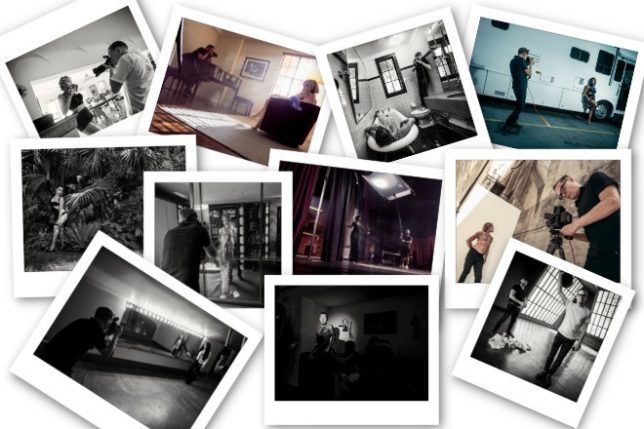 The title of the 2022 Pirelli Calendar by Bryan Adams is “On The Road” and will feature some of the greatest talents from the world of music, shot by Adams in Los Angeles and Capri as a kind of journey bringing together artists of very different nationalities, musical genres, ages and professional backstories.

Bryan Adams commented: “On the road is where I have been for the last 45 years, because the life of a musician is made up of roads, travel, waiting in hotels, hours backstage.”

The Canadian artist who shot the 48th edition of “The Cal”™ in two days of intense work in Los Angeles in June, where the majority of the cast members gathered, followed by a day in Capri at the end of July.

Cher, Grimes, Jennifer Hudson, Normani, Rita Ora, Bohan Phoenix, Iggy Pop, St. Vincent and Kali Uchis were photographed in Los Angeles – in the streets of the city, the Palace Theatre and the Chateau Marmont hotel – meanwhile, in Capri the photos of Saweetie were taken at the Hotel La Scalinatella. See below for the full cast and each of the moments that represent being ‘on the road’ together with behind-the-scenes images:

In The Morning: St. Vincent

Arriving at the show: Jennifer Hudson

In the Green Room: Cher

Ready to continue the tour: Saweetie

The Pirelli Calendar, also known as “The Cal”™, was the brainchild of Pirelli UK Limited, the Group’s British subsidiary, which worked on the project with ample leeway. In 1964 the Brits, looking for a marketing strategy to help Pirelli stand out from the domestic competition, appointed the art director Derek Forsyth and British photographer Robert Freeman, famous for his portraits of the Beatles, to produce what was an entirely innovative project for its day.

The result was a refined, exclusive product with artistic and cultural connotations that from the start set it apart from the world of fashion and glamour. For 50 years since then, “The Cal”™ has continued to mark the passing of time with images by the most highly acclaimed photographers of the moment – capturing and interpreting contemporary culture and often setting new trends.

From 1964 to 2020, a total of 47 Pirelli Calendars have been produced by 37 photographers. The 48th edition, Pirelli Calendar 2022 – by the musician and photographer Bryan Adams – will be presented as usual, this autumn, in November 2021, and will mark the return of the Pirelli Calendar, which was suspended last year due to the spread of Coronavirus.