From gaining number one album success, through to battling her way to becoming a mother, Paloma Faith’s remarkable career continues in setting her sights on a return to the charts with her ambitious new album.

Amid a global pandemic, 2020 has been one to forget for many, but as Paloma Faith reveals, she feels notably blessed by news of her second child’s imminent arrival. After a hugely testing trial of repeated rounds of IVF treatment, the Brit Award-winning singer announced the latest addition to her family happily coincides with her latest musical baby in the form of her fifth studio album.

Since her last release, The Architect, achieved coveted number one status, Paloma has featured as a coach on ITV’s The Voice Kids, seen herself nominated for a clutch of industry accolades, as well as exploring new territory as an actor in the Batman prequel spin-off, Pennyworth. So, as the coronavirus crisis grimly took hold around the world, the enforced downtime offered her a rare chance to take stock after an intense period of work.

As she admits, inhabiting her line of work can often make you ‘whimsical in going with the flow,’ yet reveals that having a toddler to take care of has, by necessity, required greater time management. “It’s made me go for the jugular more,” she notes in having to be far more focused. Consequently, being ever creatively restless, material soon flowed while at home completing her latest album, led by its lyrically powerful lead single, Better Than This, a reflection on the fractured state of the world and hopes for the next generation.

It stands proudly paving the way for what is a bold, uncompromising record brimming full of confidence and self-assurance, taking on everything from her trademark soulful pop, through to sweeping orchestral ballads that stem from an artist who is at the top of her creative game. 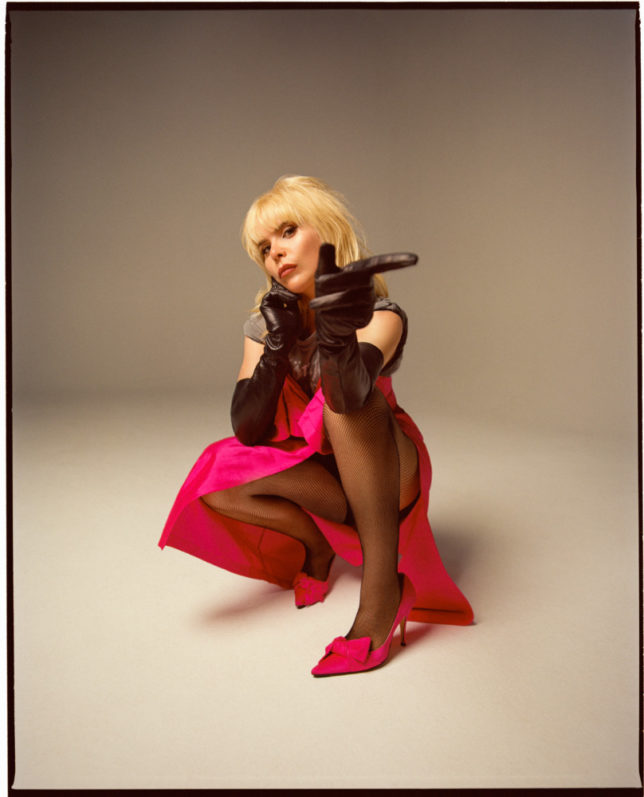 “We live in a very volatile world that now seems as if we only get one chance, so I have been lucky that I’ve been able to put releases out there and put myself on the map,” she says of her latest recording.

However, it’s been a far from straightforward journey for the half-Spanish East-London born singer, who holds a degree in contemporary dance, and an MA in theatre directing that saw her initially consider other artistic directions. But after early stints in cabaret, bartending and modelling, she gravitated to singing and has been doing things her own way ever since. There have been pressures along the route, including offering a ‘showbiz age’ several years younger than her actual years for fear of not being given a recording contract, yet she remains very much true to herself.

Despite such moments, her debut album provided plenty of vindication in reaching the top 10 in 2009, setting the tone for a career to date packed with notable milestones. There have been plenty of highlights beyond the icing on the cake of multi-platinum sales, including her friendship with the late Amy Winehouse, to whom she has been widely compared, who she penned a tribute to on her last album. 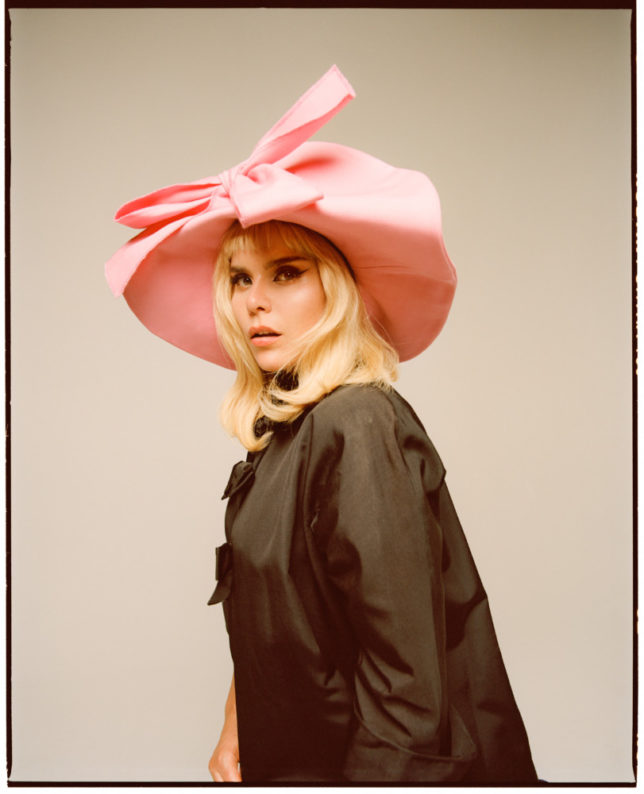 To her credit, she has stood firm on other key issues, notably on one of her biggest hits to date, Only Love Can Hurt Like this, which featured a video with an interracial love scene. When US executives asked her to re-shoot it on grounds it ‘wouldn’t sell’, she refused, and never spoke to them again, even if it might cost her a stateside breakthrough. She says she’d rather have success very much on her own terms. As she concedes, her latest recordings, which were self-produced in her basement, allowed her the chance to push herself artistically more than ever before.

“Well, I think being at home meant I was completely uninhibited with wild abandon, in a way that I am not when sound engineers are looking at me.

“Also, I wasn’t afraid to make mistakes, and sometimes those mistakes land in places that are wonderful, and I wouldn’t make them if someone else was there. So, I feel like there’s more intimacy in this record, and that there’s more truth in the way that I am singing,” she explains thoughtfully, noting that the album is very much focused on motherhood and the pressures, hopes and expectations that it brings. 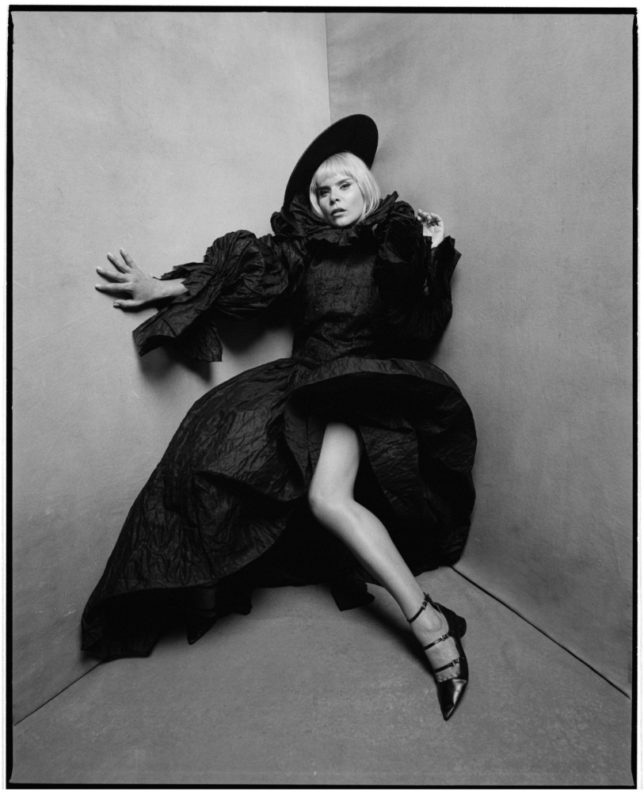 While the 39 year-old singer has been frank about the challenges she endured to bring her daughter into the world, a clearly understandable desire to shield her child from media intrusion has been misinterpreted in some quarters as being a conscious decision to raise her as ‘gender neutral’. While it’s led to an at times uncomfortable relationship with the media, her engaging and refreshingly honest manner remains greatly endearing to her fans.

“It is so great being a mum and I feel very lucky, as the lockdown meant that we’ve spent a lot of time together as a family, which has been a positive. Usually, it had just been one or the other of us looking after our daughter, who has now started really learning about family,” says Paloma of her now three-year old.

As she adds, the record’s title track, Infinite Things, is about her youngster, and was inspired from previously reading Argentine writer and poet Jorge Luis Borge’s short story, The Aleph, in which its central character experiences the full spectrum of human emotion, from pain to joy, within a single moment.

“With the title track, it’s about seeing things through my daughter’s eyes and is about becoming a parent, and how that it is all about continuing humanity. You experience the worst heartache with it.

“The album is also a commentary on society as well in respect of issues raised by living in the pandemic, and also knowing people who have lost loved ones.

“It’s also about enduring love, as we’re most used to hearing about the initial parts of a relationship on that first spark, so it’s an area that that’s under-represented. I think there’s a big cultural hole there that I’m aiming to address,” notes Paloma, who isn’t afraid to tackle some difficult subject areas that many would shun. This is most notable on one of the early tracks on the album, Monster, which is a reflection on the darker side of the music business.

There’s certainly a bittersweet edge to one of the album’s standout tracks, the spine-tingling ballad If Loving You Were Easy, which would not seem out of place on a James Bond soundtrack – “I was born to do Bond” she asserts, yet is also acutely aware that the more she mentions it, the less likely it will happen. But in spite of whatever occurs, it seems there’s a strong level of support out there for her. As she explains, she and her other half Leyman Lahcine, a French artist, have endured a lot in recent years, including handling a total of six rounds of fertility treatment. While they may have challenges ahead, including Paloma revealing she’s prone to postnatal depression, they’ve demonstrated a strong degree of resilience.

“I’d pretty much resigned myself to giving up with this latest treatment, and I thought that this just wasn’t going to happen. It felt like it was the last chance saloon and I was thinking to myself, where am I am going with this?

“With IVF, I think it’s sad that men don’t really talk about it in public, and it’s one of those things where society always assumes that it is a female issue. It’s something that can be hard on relationships,” she admits, keen to put across the fact that they’ve split their childcare as evenly as possible.

As if that wasn’t enough to contend with, she’s greatly enjoyed the opportunity to explore acting roles – notably in the Batman series, Pennyworth, which she describes as an ‘amazing experience’ that she would love the chance to repeat. 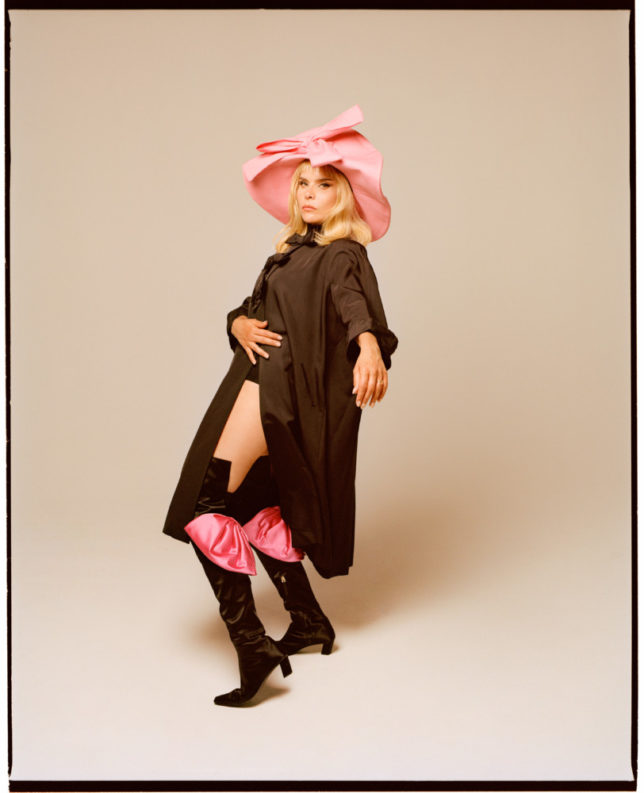 Clearly, planning for the future is a little hard contending with a pandemic, but the much-travelled singer is anticipating heading out on the road again for another UK tour in autumn. It’s a prospect she is eagerly awaiting, with performing remaining her grand passion, especially with the added bonus of designing her own sets.

Somehow, beyond being a recording artist, mum and actress, she’s still found time to devote to other personal interests, including being an ambassador for Oxfam and Greenpeace, which of great significance to her.

“Being an ambassador is fantastic, as I feel like when you’re in my industry, it’s easy to lose sight of the reality about the world. The truth is, there are a lot more pressing things going on out there than singing a pop song, so if I can use my platform for the greater good then I absolutely should and intend to.

“I also find it something I get a lot of enjoyment out of and not for superficial reasons that I’ve pursued this career,” she remarks, looking forward amid an uncertain world with a true sense of optimism.