Gallery Director Aidan Meller has announced the world’s first AI ultra-realistic robot artist. The humanoid AI robot named Ai-Da will be the first robot capable of drawing people from life using her eye, and a pencil in her bionic hand. Using AI processes and algorithms Ai-Da’s ability as a life-like robot to draw and paint from sight has never been achieved before, and will make Ai-Da an artist in her own right. 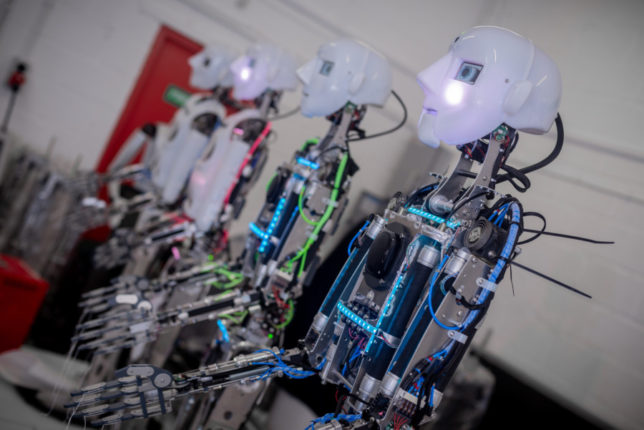 Named after Ada Lovelace, the first female computer programmer in the world, Ai-Da the robot has been designed and built by Cornish Robotics Company Engineered Arts, who designed the robots for the TV series Westworld, and will be completed in February 2019. Ai-Da is the brainchild of art impresario and gallerist Aidan Meller, and professors and post-PhD students at Oxford University and Goldsmiths are providing Ai-Da with the programming and creative design for her art work. 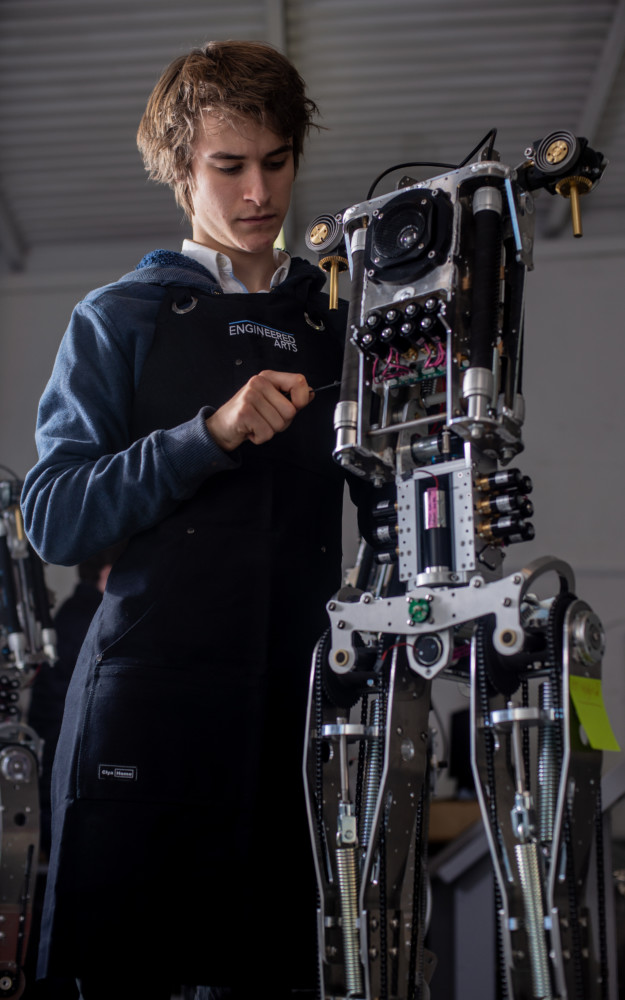 Ai-Da has a “RoboThespian” body, featuring an expressive range of movements and she has the ability to talk and respond to questions. Ai-Da has a “Mesmer” head, featuring realistic silicone skin, 3D Printed teeth & gums, integrated eye cameras, as well as individually punched hair. In appearance Ai-Da will be mixed race, as illustrated below in an artist’s rendering of Ai-Da’s face from the 3D scans alongside Ai-Da’s actual robotic skeleton. 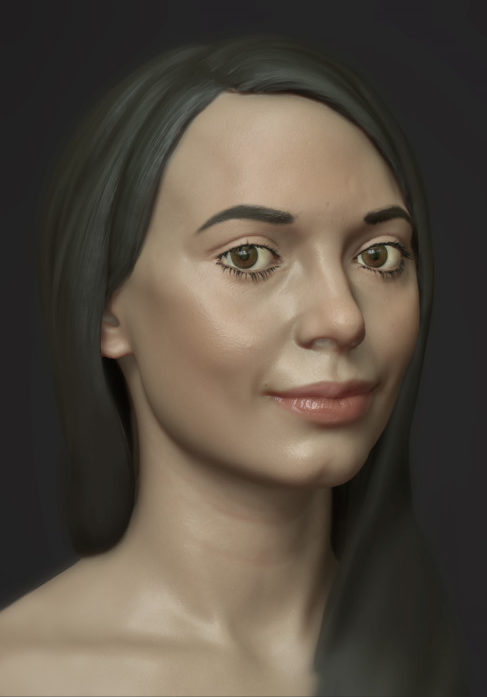 Ai-Da’s inaugural exhibition “Unsecured Futures” will launch on the 9th May – 31st May 2018 at Lady Margaret Hall and St John’s College, University of Oxford. The exhibition will showcase Ai-Da’s performance art, as well as plastic, silver and bronze 2D and 3D works rendered through AI processes. The exhibition has already sold out to keen investors for over £1 million. 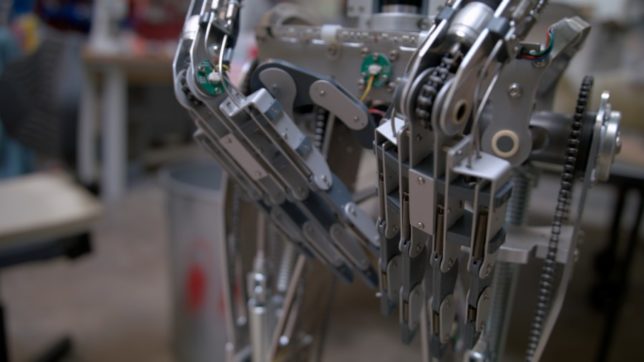 Ai-Da will give a live performance at the opening, in homage to Yoko Ono’s ‘Cut Piece’ in reverse, where participating audience members will dress Ai-Da in fragments of material, to signify our close relationship between humanity and technology. In November 2019, Ai-Da will exhibit her original sketches in London. Ai-Da will be the first ultra realistic robot artist that the world has ever seen. 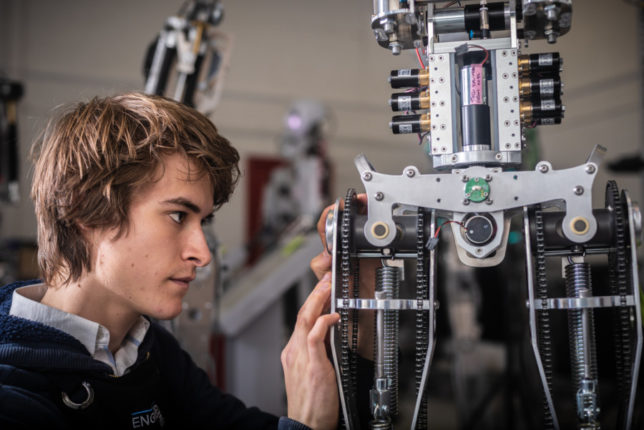 “Pioneering a new AI art movement, we are excited to present Ai-Da, the first professional humanoid artist, who creates her own art, as well as being a performance artist. As an AI robot, her artwork uses AI processes and algorithms. The work engages us to think about AI and technological uses and abuses in the world today.” 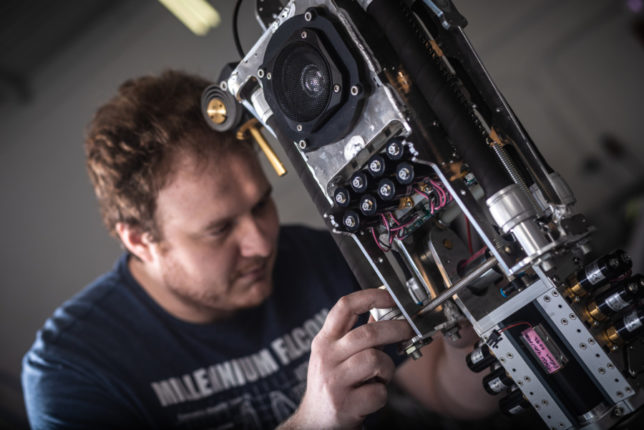 Aidan Meller is a specialist in modern and contemporary art and runs a gallery from Oxford and London. With 20 years’ experience in the art business, he works closely with private collectors and is often consulted by those who wish to begin, or further develop their collections. He regularly has original works in the gallery by the likes of Picasso, Matisse, Chagall, to older works such as John Constable, Turner and Millais. Aidan recently appeared on a TV programme called Money and Me on a Sky channel and interviewed by Elite Investment for the 1% Club, both to do with investing in Art.

Ai-Da is the first ultra-realistic humanoid AI robot artist in the world. She was manufactured by Engineered Arts in Cornwall, and will be completed in February 2019. Ai-Da has a “RoboThespian” body, featuring an expressive range of movements and she has the ability to talk. Ai-Da has a “Mesmer” head, featuring realistic silicone skin, 3D Printed teeth & gums, integrated eye cameras, as well as individually punched hair. Ai-Da has legs but she cannot walk, she as the ability to stand upright or sit upright in a chair. Her arms move freely, as does her torso and head. She can also lean forward and back, wave her arms, and look around in all directions. 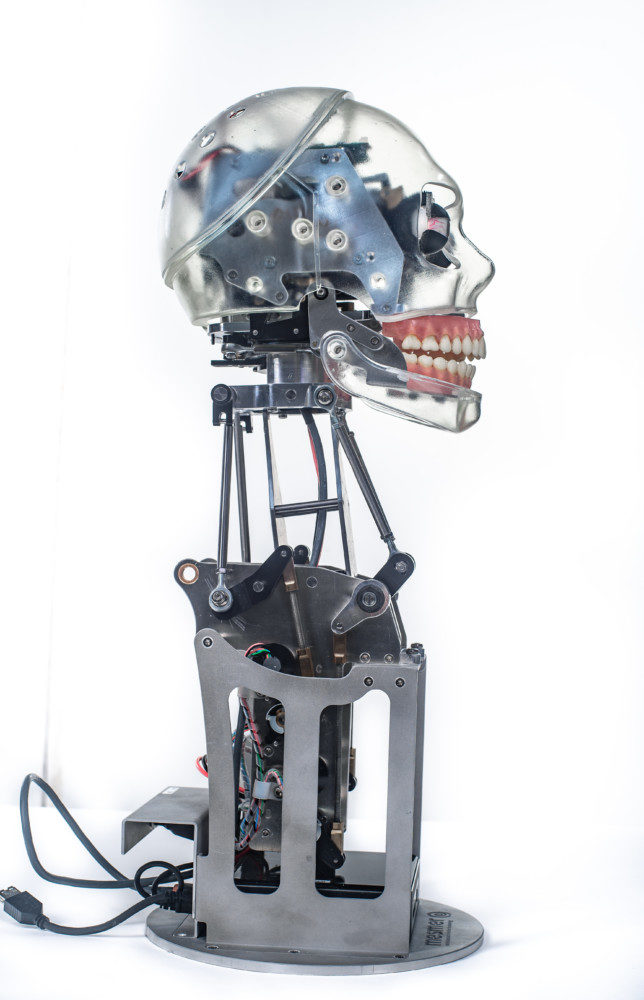 Engineered Arts Ltd was founded in October 2004 by Director, Will Jackson. Engineered Arts originally employed the talents of local artists and engineers to produce a number of bespoke mixed media installations for UK science centres and museums. Now the company concentrates entirely on the development and sales of an ever expanding range of humanoid and semi-humanoid robots featuring natural human-like movement and advanced social behaviours. Engineered Arts’ humanoid robots are used worldwide for social interaction, communication and entertainment at public exhibitions and attractions, as well as university research labs.