2018 was the year that experts pronounced children’s lack of sleep as a ‘hidden health crisis’, after NHS England statistics revealed thousands of children are facing a sleeplessness crisis, leading to the admission of almost 10,000 under 16’s to hospital, with a sleep disorder. Year on year admissions rose by 30% in 2018 and experts are putting this down to a combination of excessive screen time and or use of social media before bed, soaring obesity levels and a mental health crisis affecting under 16’s. 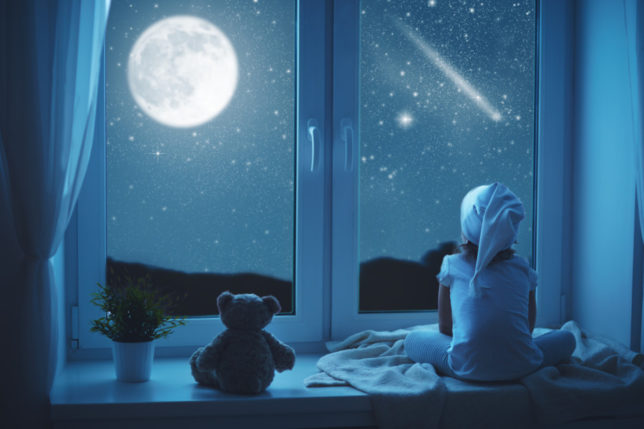 The statistics are worrying; not only can health problems be among the contributing factors to a lack of sleep, but, can also be outcomes. Although there is no hard and fast rule, The Sleep Council advise that 3-6-year olds need between 10 and 12 hours sleep a night and for 7-12-year olds that dips to 10-11 hours. A lack of sleep in children can have serious consequences.

It’s well known that children can wake up feeling grumpy and groggy following a poor night’s sleep; jokes are often be made, but it’s no laughing matter. Sleep deprivation can lead to more serious consequences than just a short-tempered child. Studies funded by the National Institute of Mental Health have shown that children who experience inadequate sleep are more vulnerable to developing depression and anxiety disorders in later life.

It makes sense that if a child misses lessons due to absence from school, they’re likely to reach lower levels of attainment than their peers, right? Well, it’s not any different for a child who’s present in class but unable to concentrate and remember what they’ve learnt. The Sleep Council previously surveyed teachers and were shocked to find out that 24% of those questioned admitted they had resorted to letting very tired children nap in a corner of the class room! Not only do teachers believe that how sleep deprived a child is can affect their performance, scientific studies have widely shown that an inadequate sleep may disrupt the ability to concentrate. Children with reduced sleep are also more likely to struggle with verbal creativity, problem solving, and they generally score lower on IQ tests.

Lack of sleep linked to obesity

Although obesity has been reported as a possible influencing factor for ‘the hidden health crisis’, it’s also been reported as one of the negative physical outcomes of a lack of sleep. Specifically, inadequate or intermittent sleep can have longer-term consequences for children. Children aged between three and five, who aren’t meeting the recommended 10-12 hours’ sleep per night are at an increased risk of becoming overweight at age seven, according to New Zealand researchers, who followed 244 children between the ages of three and seven. It’s been thought this could be due to having more time to eat and changes to hormones affecting appetite.

The hidden health crisis may be a consequence of modern life. But it’s not good enough. Healthy sleep is critical for children’s psychological and physical wellbeing and it is therefore vital to place an emphasis on good bedtime habits at home, in the communities and in schools.

While trouble sleeping can be a genuine problem for children of all ages, parents can encourage better sleep, in line with recommended durations, through having a good and consistent lead-up and routine around children’s bedtime; this can also be known as ‘sleep hygiene’.

Sleep experts at Room to Grow advise ‘Your child’s sleep environment is incredibly important. Their bedroom should be a space that relaxes them and makes them feel safe and comfortable, in order to promote a restful night’s sleep. It may only take a few tweaks here and there to boost their quality of sleep.’ Here are a few tips to try and optimise your child’s sleep environment:

For more information on Room to Grow, please visit www.roomtogrow.co.uk