To mark the beginning of the Chinese New Year, on 5th February, for the first time ever the iconic Amba Hotel Charing Cross hosted an incredible array of celebrations. 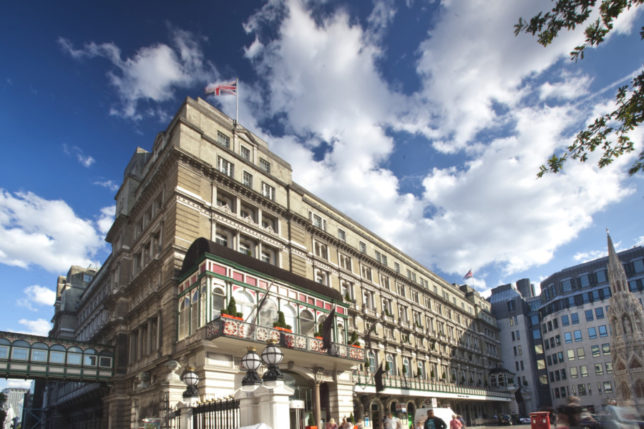 Kicking off the celebrations, there was a traditional Lion Dance ceremony outside the stunning entrance of Amba Hotel Charing Cross – making them the first hotel in London to put on such a performance at the start of the 23 days of celebration for Chinese New Year and the Spring Festival. 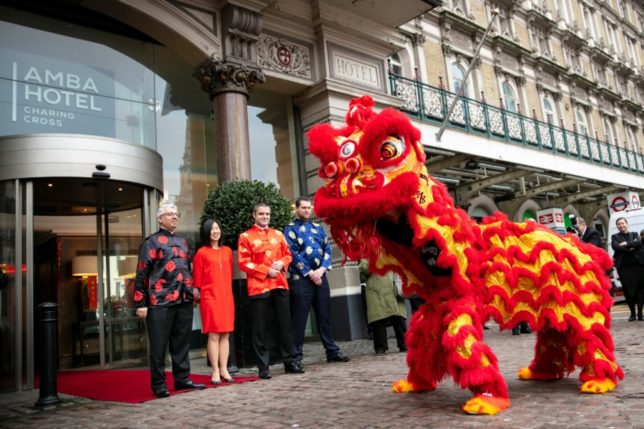 Arguably one of the most important traditions at Chinese New Year, the dance is performed on the first day of Chinese New Year to bring prosperity and good luck throughout the year. The performers chased away any evil spirits that had checked in to the hotel with a dazzling display of dance and music. 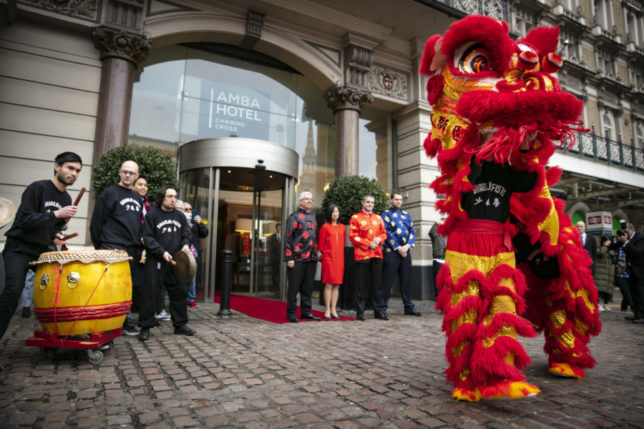 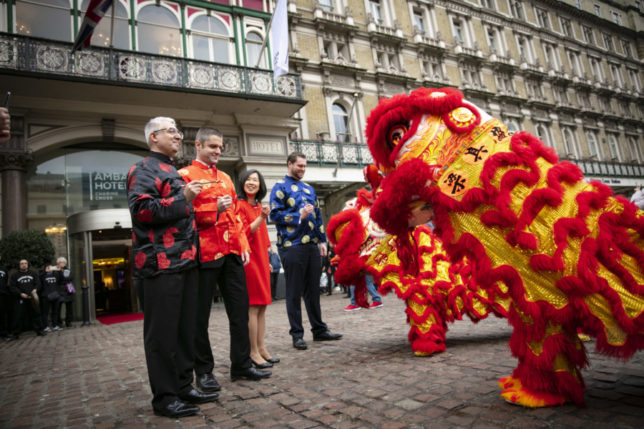 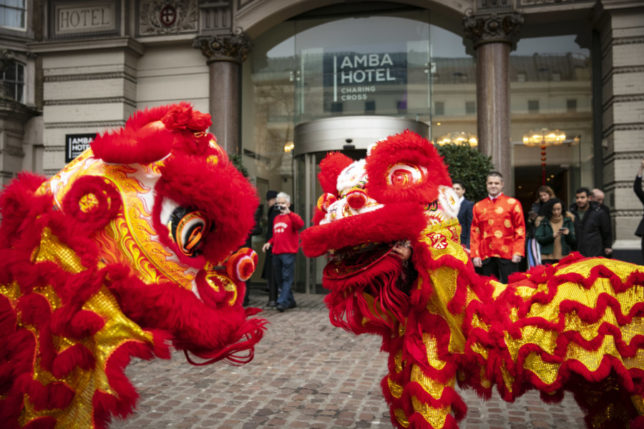 To add to the festivities, the hotel staff hid historic Chinese coins in three hotel rooms. The coins are dated from 1862 – 1874, the period Amba Hotel Charing Cross Hotel was originally opened, and the three lucky guests who received the coins won a complimentary afternoon tea or dinner for two in the hotel.

General Manager, Pedro da Silva, says, “We were so excited to be hosting our first ever Chinese New Year celebrations at Amba Hotel Charing Cross. We always like to go above and beyond for our guests and as we’re just a stone’s throw away from Chinatown, it gave us the opportunity to showcase the best that London has to offer.”

So, whether it’s a first-time visit or special return-trip, why not opt to see the city in a new light, and experience the Chinese New Year celebrations at Amba Hotel Charing Cross.