Launching at The Vaults in Waterloo, to coincide with the launch of the final series of Game Of Thrones in April 2019, Dinner Is Coming is a new immersive spoof dining experience, inspired by the hit fantasy drama. Blending a delicious feast of indulgent food with theatre, comedy and an unhealthy dose of murder, Dinner Is Coming will recreate the world of the Several Kingdoms deep in the Vaults’ underground tunnels, for an experience that’s full of dark twists, allegiance challenges and ominous royal celebrations. Dinner Is Coming tells the story of a marriage between the heir to the Several Kingdoms, Jaffrey Bearathon, and Margarine, the beautiful daughter of the noble Trywell Family. Guests are invited to come together to celebrate the loving union of the two families through an evening of food, drink and laughter. 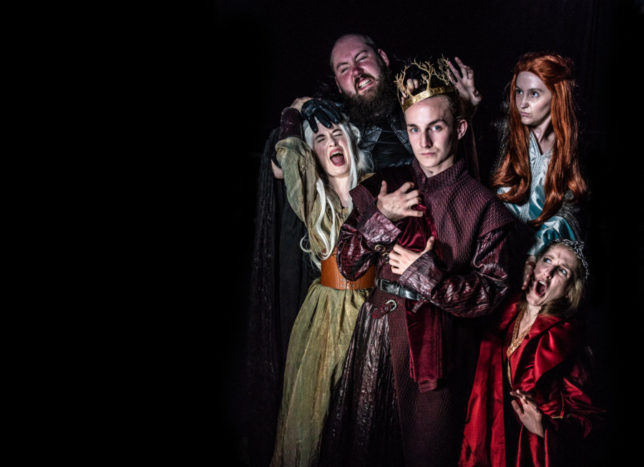 However, it is a truth widely known that all is not always as it seems in the Several Kingdoms. Should violence or even murder arise, guests are encouraged not to lose their heads – just choose a kingdom to pledge love and loyalty to, and show support for the rightful heir to the throne.

As the night deepens, whilst guests enjoy merrymaking and frolicking in festivities, they must continue to have their wits about them – be prepared to scupper your moral compasses and stab fellow revellers in the back (metaphorically, of course…). 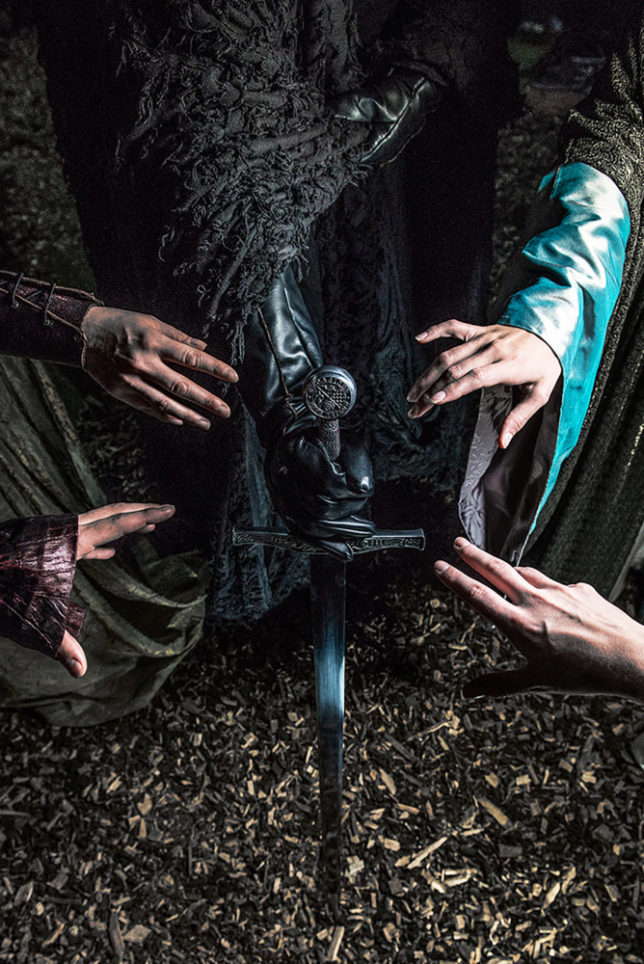 An in-house production from The Vaults’ creative team, Dinner Is Coming is directed by Sam Carrack and features food designed by chefs Chavdar Todorov and Steven Estevez. On the night, guests will be treated to a feast fit for the Several Kingdoms as well as specially designed drinks menu. A truly immersive event, guests will also be encouraged to dress in accordance to their chosen house, whether a richly decorated Lord or Lady from Easteros, an armoured warrior, or a rag-wearing peasant.

Game of Thrones began with ‘A Song of Ice and Fire’, a series of books from George R. R. Martin and was adapted into a HBO television series in 2011. Since then, the series has gone on to develop a cult following worldwide picking up a wealth of awards along the way.

Since opening the doors to its 30,000 sq feet maze of underground tunnels in April 2013, The Vaults has been welcoming all types and natures of events, encouraging those to come forward that have a natural affinity to the unusual, the daring and the unknown.

Alongside hosting supper clubs, The Vaults has theatre, gigs, events and London’s biggest arts festival – all of which help to create theatrical, out-of-the-ordinary dining experiences. This immersive theatre venue – for the bold, the fresh and the fearless – has been home to Les Enfants Terrible’s Alice’s Adventures Underground; the spine-tingling theatrical production of Goosebumps Alive; Trainspotting Live; Hair The Musical; Fear and Loathing in Las Vegas; King Kong; Beauty and The Feast; Divine Proportions; Wahaca’s Day of The Dead; Dinner at The Twits and not least Vault Festival. 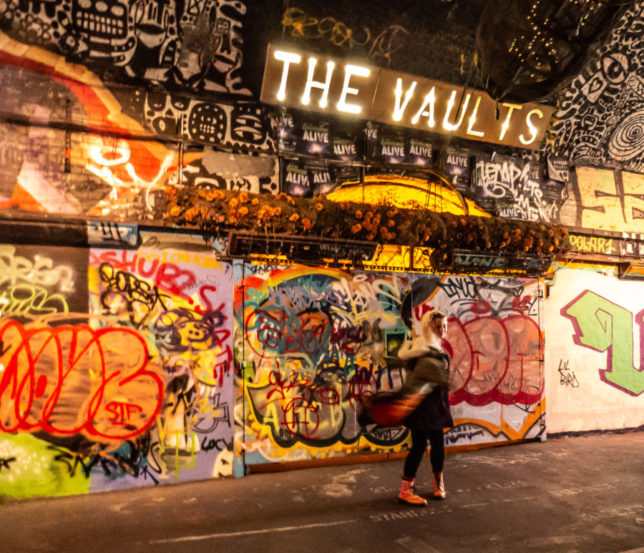