Luke Hobson trained at Rose Bruford, graduating in 2016. He has appeared in various features including Working Titles’ ‘Mary, Queen of Scots’ written by Beau Willimon and directed by Josie Rourke, and ‘The Hidden Track’, based on a Russian bestselling novel by Valentina Nazarova. Other work includes the award-winning short ‘Two Sides’ and ‘Miss’. Having grown up in the same area as Andrew Gilbert and Julian Hundy, ‘Edge of Extinction’ is the second time they have worked together.

How would you describe the character you play in your new film Edge of Extinction? What excites you most about this role?

I would describe ‘The Boy’ as lonely, isolated and highly intelligent. When I first read the short film version of the script, what fascinated me the most was the idea of first contact with another person after years of living a solitary life. I could just imagine his mind going at 100mph! What would you do, what would you say? Especially in a situation in which society has descended into chaos. Playing a character that lacks so much trust was interesting too, because so much of our lives rely on trusting others, and when that is taken away I think you’re left with paranoia of anything different to you.

What’s the hardest part of being an actor during these unprecedented times of the Coronavirus pandemic?

The hardest part is not knowing when things will kick off again. But to be honest, I’ve felt that it has helped knowing that you’re not missing anything. When it’s quiet it is quite easy to get stuck wondering what else is going on that you may have missed, but it’s a big weight off your shoulders knowing that very little is. It’s a good time for actors to step back and focus on their craft or learning new skills, since the race has been halted.

What did your lockdown life look like? What did you do? Did you learn any new skills?

I’ve spent a lot of time writing, I also enrolled on a writing course which has kept my weeks busy. It’s been great to be creative without any pressure, and also to be able to read other people’s work. I’m an avid gamer too, so that’s filled up a fair few hours! I’ve been lucky enough to hold down a work from home job too over this period, which has helped with the bills!

What is something that you know now that you wish someone had told you when you were first starting out as an actor?

Stop trying to be someone you’re not. Be yourself, no one else does that. Those quirks you worry are annoying? They’re not, they define you. Use it! Also, your job is 90% auditioning, the sooner you learn to love it, the better.

Is there a particular role that got away? A role you really wanted, but didn’t get or a role in a movie before your time that you would have loved to do?

There very much is a role… unfortunately it is yet to be released so I’m still under NDA and can’t discuss the project. But the script was amazing. If anything is a ‘dream role’ this one was it. I actually took time off work for two weeks in order to prepare for the audition. I got great feedback from the Casting Department and Director, and so ultimately I did my job, but I just wasn’t right. And that’s another thing I wish I had been told, you can do everything in your power to do your best, but sometimes you just aren’t right for that character, and that’s okay. As long as you do yourself justice in the room, people will remember you.

What is the scariest part of an audition?

I always find the chat the scariest bit if I’m honest. If every audition just required you to walk in, do the scene, and leave again, I’d be a very happy man. I have a tendency to ramble because of nervous energy which causes me to make bad jokes and go on tangents, so a lot of my preparation is spent making sure I’m relaxed. I put my phone on airplane mode about 45 mins before, listen to music, and relax as much as possible. 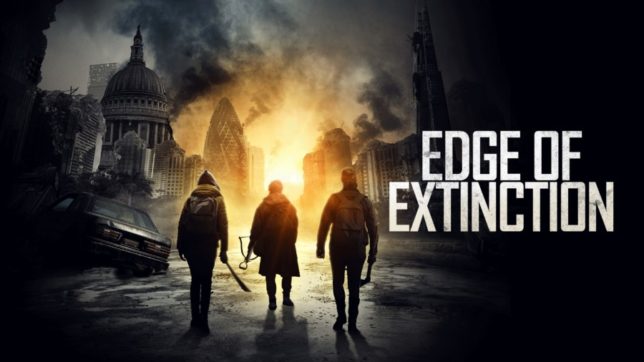 What advice would you give people who need to give a good first impression?

Stop trying so hard. Breathe. You can’t force people to like you. As long as you’ve done the work, it will speak for itself, you don’t have to speak for it.

Do you have any embarrassing/funny stories to tell from your career so far?

So many. I think if you could make a career of doing / saying stupid things, I’d be at the top. The first one that comes to mind… I was working with an actor I have looked up to for many, many years. We happened to bump into each other coming out of the toilets and decided to walk back to the green room together, talking. However, for some reason (I put it down to make-up) I suddenly doubted if they were the person in the movie I’d loved so much as a kid. So I decided to get my phone out and to hang back one step and say, ‘oh I just need to reply to this, sorry, it’s my agent.’ They decided to wait and glance at my phone… Which had their IMDB page open… It was so awkward.

How do you deal with the rejection that comes with auditioning?

It was hard at the beginning, and I found it very difficult not to take it personally. However, over the last few years I’ve become more used to it, so it’s easier to shrug off and put it down to just not being quite right for the role. But I would say you need to give yourself permission to be angry or pissed off, just don’t have your phone near you. I’d be surprised to meet an actor who hasn’t been in tears after ‘the one’ got away. Cry about it, moan to your best mate / loved one about it, watch a sad movie. Then wake up tomorrow, ready to get out there again!

Which actor would play you in a movie of your life?

Haha, I have no idea. It would be cool to be played by someone like Alex Lawther [James, End of the F***ing World], he does awkward characters very well.

Are you a team player? What role do you normally adopt in group situations?

You can’t not be a team player in this industry! I often become the mediator. I honestly can’t be arsed dealing with people’s egos and am comfortable enough to let them have their fun. But I will step up when I fundamentally disagree with something.

What 3 things are you most grateful for?

I’m grateful to be surrounded by people who support and believe in me, which is the best thing anybody could ask for. I’m grateful for my partner’s patience when I’m unemployed, and I’m grateful for knowing I can still afford to eat.

What’s the best gift you have been given that’s under £100?

I left a job once and was given a notepad by the people I worked with that said ‘Dream big.’ on the front. Inside, it was full of personal messages from everyone, written in their own languages, which made it feel even more personal. It was such a beautiful gift.

If you could choose, what three actors/actresses would you really want to work with and what would you hope to learn from each.

I have a ridiculously long list of people I want to work with! First, it would need to be Tom Hanks. The guy is a power house of emotion, I’d like to know how to access that and let it take the lead in scenes. Fiona Shaw, because she is an absolute master of the craft. She always places scenes perfectly, and her inner monologue and how she feels is so clear. She also has an amazing control over tension and knows just where to place it. Lastly, Joaquin Phoenix, I’d be happy to just sit in on set and watch his preparation and how he adjusts his performance take by take.

What advice would you give someone just starting out in the industry?

Be prepared for the knockbacks, and trust yourself and your work. Remember that just because someone might have a similar look to you, what they are bringing to the table will be completely different. And forget about the ‘competition’ side, try and remember why you’re doing it and what you love about it. Enjoy other people’s work and support your friends when they’re working, even if it’s just by a text.