Do you ever stop to look at your reflection just to notice what might be wrong with your appearance? Do you ever wake up in the morning, sighing, and wondering how you can get out of bed? Do you ever take a look at your to-do list and think to yourself, “there is no way I am going to get it done?”

The truth is, most of us are running a nonstop self-bullying internal critic, who yells at us for “not doing enough,” or being “not enough.” What’s interesting though is that somehow that impossible list still gets done. At numerous times of your life, you have surpassed and exceeded the events that you thought you would never get through.

Why? Because YOU are the impossible woman. Think about it. You have probably already broken several laws of physics and time continuum to do the impossible.

Psychologist, Rick Hanson, often says that our “mind is like Velcro for negative experiences and Teflon for positive ones.” This means that you might often overlook the millions of ways that make you wonderful, instead often focusing on one or two perceived imperfections, which are usually put under a magnifying glass. 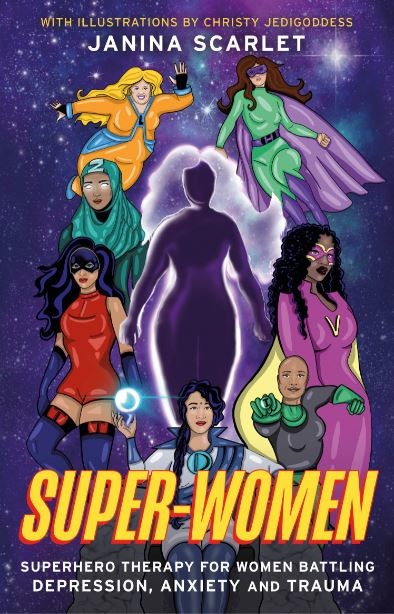 Why do we do this, you might ask. Simple. Because we want to be loved. We humans are born with an innate desire to be loved, to be accepted, and to belong. And this very understandable biological hard-wired need is so great that it might spike up our fear centres to look for all the ways that we might be socially isolated. And as a result, we might hyper-focus on any potential reasons that someone might reject us.

Sometimes it might be scary to think that way because we are so used to believing its opposite. But think about this – is there anyone in your life that has ever done something that mattered to you? Maybe a stranger who was kind to you or a neighbour who asked you about your day? Or perhaps an Internet quote from a complete stranger you read on social media? If your life has ever been even remotely touched by someone else, then isn’t it possible that you have also touched multiple other people’s lives for the better?

Take a moment to look in the mirror but not in the way you normally do. Take a moment to see a completely different woman, one whom you might never have seen before. See the tireless ways that she is doing all that she can. See the ways she has shown up even when she was tired, anxious, and overwhelmed. See the woman who had been hurt and was still there for other people, a woman who felt like she was drowning but still took a moment to greet a stranger. See the hero in her. Capes are optional.

After surviving Chernobyl radiation, Janina moved to the United States as a refugee at age 12. It was there that she fell in love with superheroes. They had also survived radiation and used their abilities to help others – but they weren’t victims, they were survivors. Janina has dedicated her life to helping others – writing multiple award-winning self-help books, speaking at conferences and working with patients suffering from anxiety, depression and PTSD.

Super-Women: Superhero Therapy for Women Battling Depression, Anxiety & Trauma by Dr Janina Scarlet is out 5th March 2020 and is priced at £10.99 from Amazon. Find out more at www.superhero-therapy.com