People lie for lots of reasons and sometimes you may not want to know if someone is lying to you. But in those cases where you do want to know, we asked Darren Stanton – known as TV’s Human Lie Detector – to share some top tips on how to spot a potential liar. 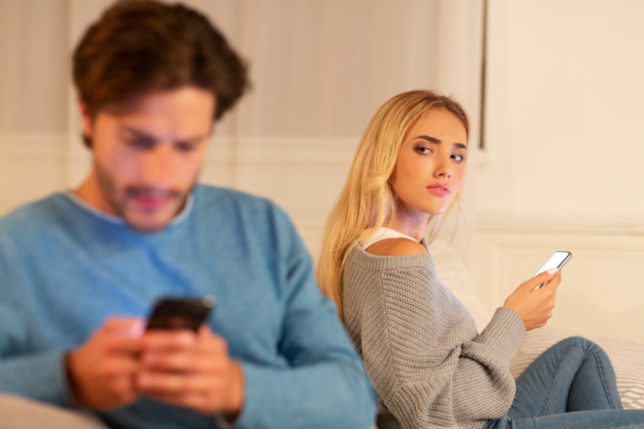 We are brought up as children to lie, the perfect example is being given a gift on your birthday or some other special time like Christmas if you celebrate it. How many times have you received a gift from maybe a family member and you thought “I am never going to wear this jumper, it’s hideous“ and we put on our best poker face smile and say “thank you I love it!”, that’s because we do not want to offend or upset the other person or seem ungrateful so although we have lied, for me the intention of the lie is the thing that makes the difference. Some lies, however, are much darker and this is the world in which I help my clients see ‘the truth‘.

There is no machine or device that measures lies, the way we detect lies is by changes in the other person’s behaviour. When there is a big consequence of being discovered in a big lie, this produces changes in our mind and body.

We are looking for a number of emotional changes in the person when they are speaking or being confronted about the lie. We need to see 6 or 7 changes in behaviour in a given moment to safely believe the person may be engaged in deceptive behaviour.

These seven signs are a great place to begin to spot if someone is potentially lying to you.

There is a big myth that liars can’t look you in the eyes. Research has proven this to be incorrect. Normal eye contact seems to be around 3-5 seconds, this changes when we are either in a romantic relationship with someone as the normal social rules go out of the window or when we may be confronted by an aggressive person or behaviour since a lot of aggressive acts seem to begin with an increase of eye contact.

Liars will try to really sell the lie to you by overcompensating their eye contact. This alone is not proof they may be lying, we are looking for about the presence of 6 or 7 of other behavioural gestures.

When overcompensating eye contact, it is also believed that people will double or even triple their blink rate as their unconscious mind is getting more stressed.

Do their pupils get bigger or smaller or remain constant? Dramatic changes indicate a large emotional shift in their mind and body.

Look to see if someone’s lips or cheeks have gone pale or ﬂushed. This is again a change the body is making in relation to their bodies increased stress levels of being discovered. In psychology, the fear of being caught is called ‘Detection Apprehension‘.

Their body temperature may also change – if you shook someone’s hand or hugged them at the start of the chat then when they leave you shake hands again and their hands are much colder then this is a good sign that their body has had a dramatic shift in emotion.

If you accuse someone say of cheating, they will probably agree with you and make a sarcastic reply with something like “Yes, of course, I have. In fact, I’m seeing your best friend later!“. They use sarcastic comments to deflect their true emotion of fear of being discovered.

Ever noticed when someone answers a question, their eyes move in a certain direction? People tend to look in the same place so if the person you’re speaking to suddenly changes their eye position when being asked about the lie, this change signiﬁes they are having to access a different part of the brain to answer – this is also a red ﬂag.

They may distance themselves physically or verbally from the threat – if it’s in a business setting, they may use a clipboard or ﬁle or coffee cup to psychologically create a barrier between you. I often hear people say ‘I never called that person‘ or ‘I never met that person for lunch’. This behaviour is a very strong red flag when the person clearly tries to separate themselves from the threat. Also, if someone is guarded over their phone even taking it to the bathroom with them, chances are there are paranoid about who may call or text.

Lastly, lies can destroy friendships, marriages and businesses so before you begin to ‘read‘ people, make sure you really want to know if they are lying.

Darren Stanton began his UK Television and Media career back in 2010 when he was asked to assess the politicians during the TV Live debate for the General Election. Prior to this Darren spent his days investigating and dealing with liars, cheats and criminals as a Police Ofﬁcer.

Since then Darren has been a regular on our TV screens and Radio with appearances on some of the nations biggest shows, like The One Show on BBC1, This Morning on ITV1, as well as appearing alongside Criminal Barrister, Judge Rinder on his ITV show, Crime Stories, BBC1 Strictly and the recent Prince Andrew interview.