Located within St. James’s Hotel & Club in Mayfair, one of London’s most affluent neighbourhoods, is the recently renovated Michelin-starred restaurant, Seven Park Place by William Drabble. 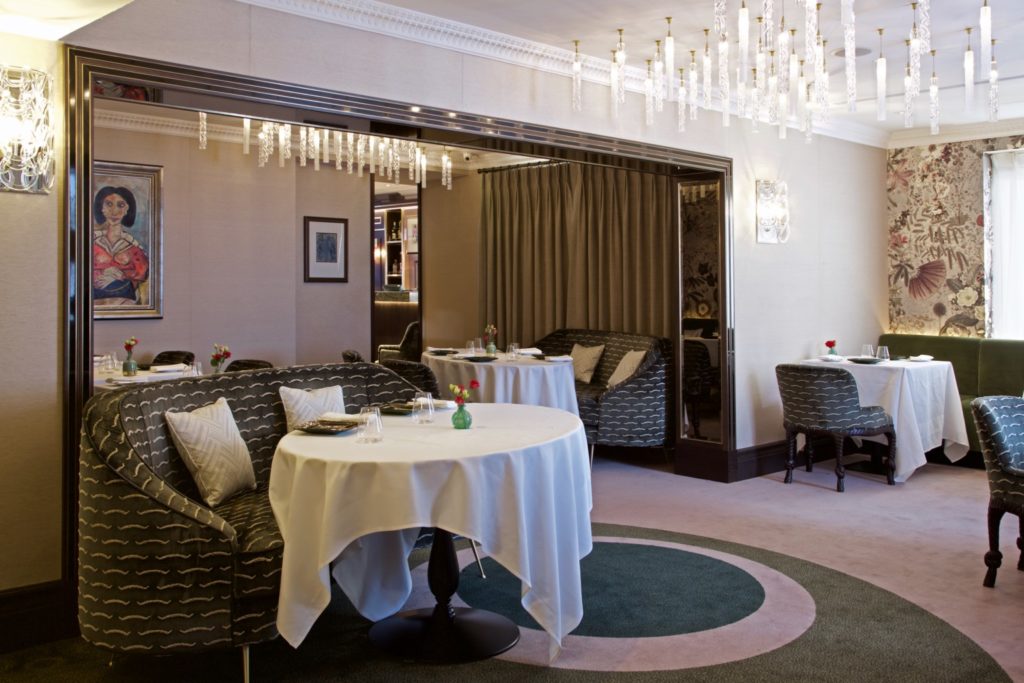 Seven Park Place is an intimate and stylish Michelin-starred restaurant, created by Executive Head Chef William Drabble and re-launched in 2019 in collaboration with Russell Sage Studios, taking inspiration from the Art Deco period with stylish updates throughout. 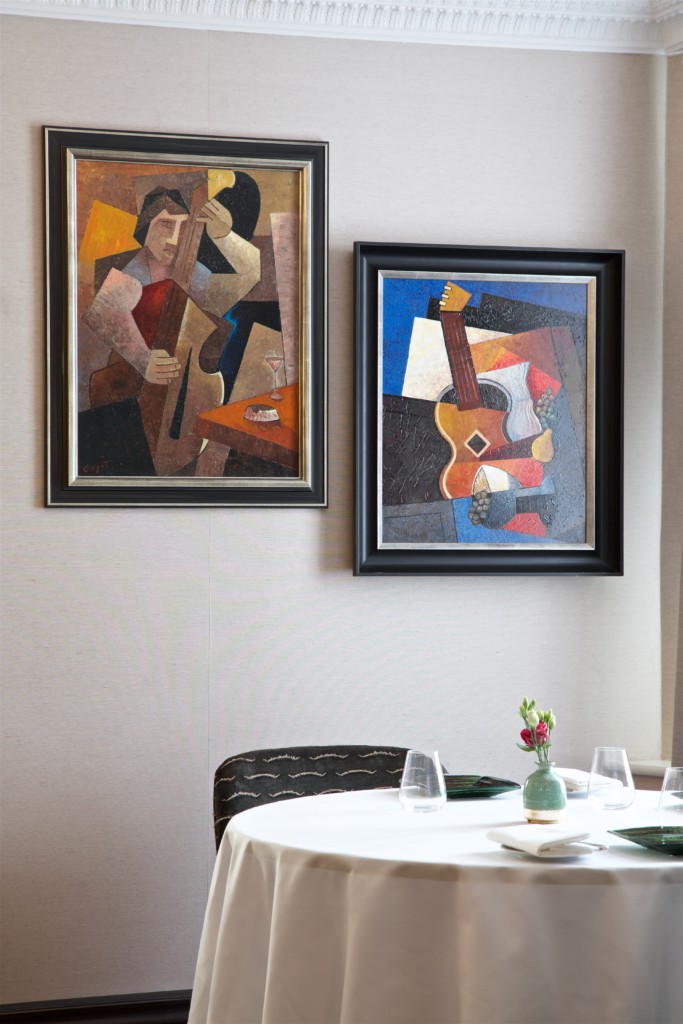 In 2011, Seven Park Palace was awarded a Michelin star only one year after opening and has maintained it each year since then. The restaurant has also been awarded four AA Rosettes every year since 2012. 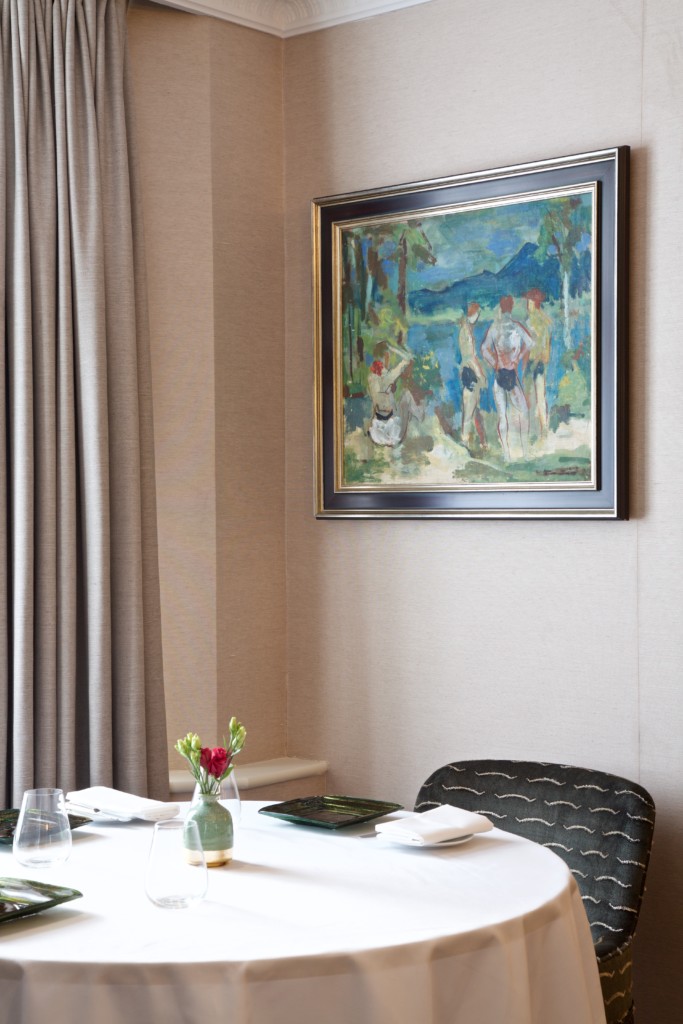 William, known as ‘Billy’, is one of the capital’s best-loved chefs and has created his own inimitable menu, influenced by classic French cuisine but made using the very best British produce. 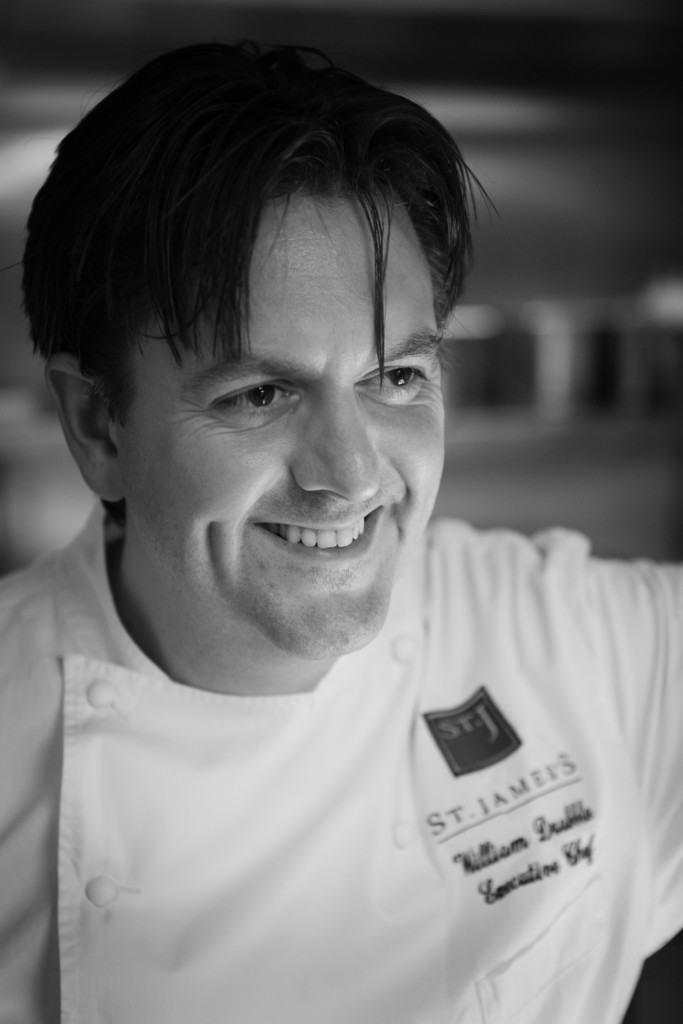 Drabble, who prides himself on his excellent supplier relationships, particularly loves to cook with the freshest lobster and Lune Valley lamb, both of which can be found on his menu all year round, with varying seasonal accompaniments. 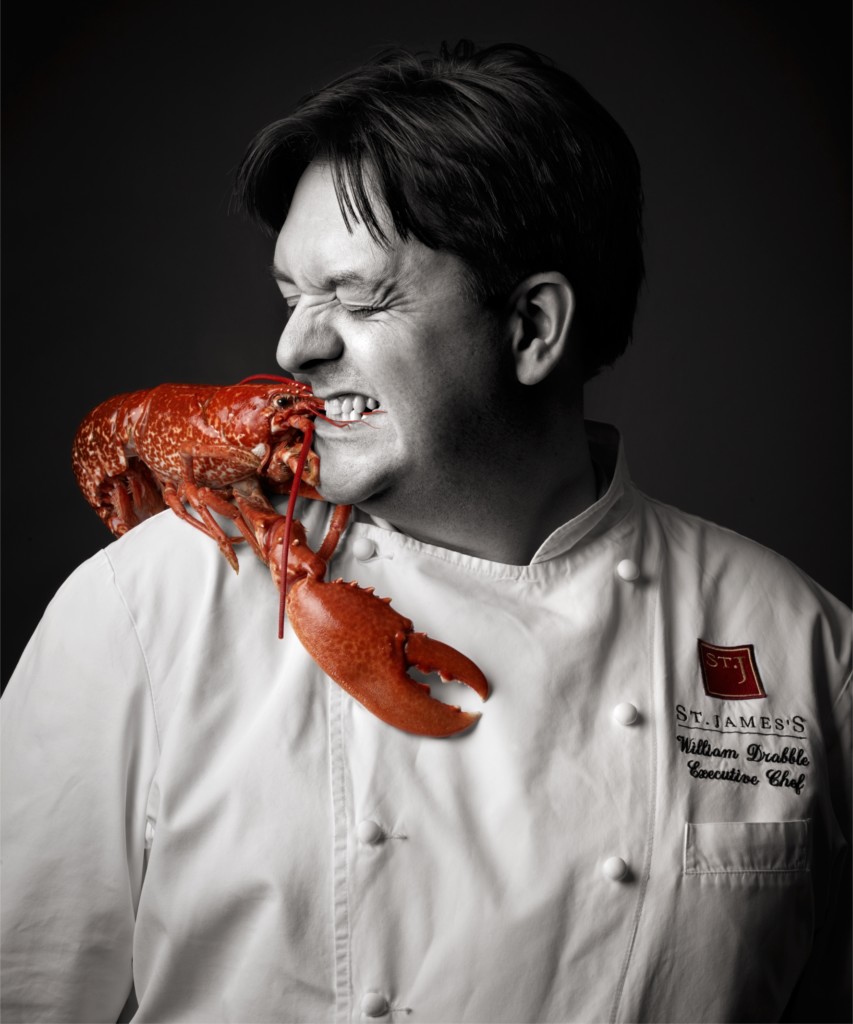 The menus change seasonally and feature the ‘Best of British’ produce. Every menu receives the same care and attention to create the finest culinary experiences. Drabble’s philosophy is to retain the natural aroma and taste of the best ingredients available. 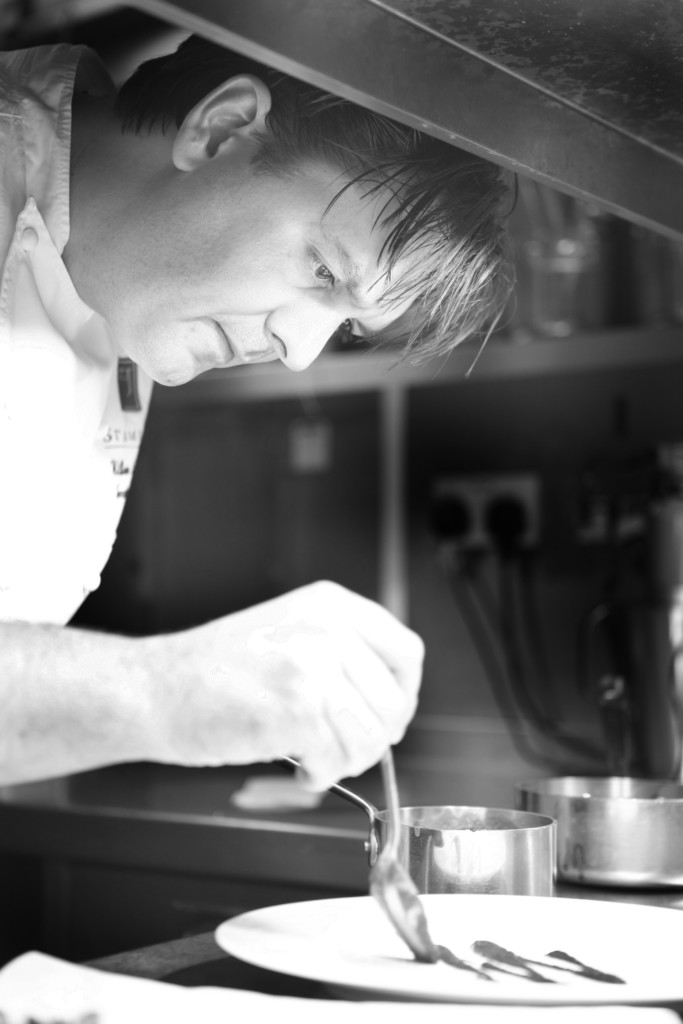 When we dined at Seven Park Place, my dining companion chose the Menu Gourmand. Here’s a closer look at each dish on this tasting menu.

An entirely new addition to Seven Park Place, an intimate wine tasting room enclosed within glazed concertina doors and a decorative brass vintage screen is now tucked in a private corner towards the rear section of the restaurant. 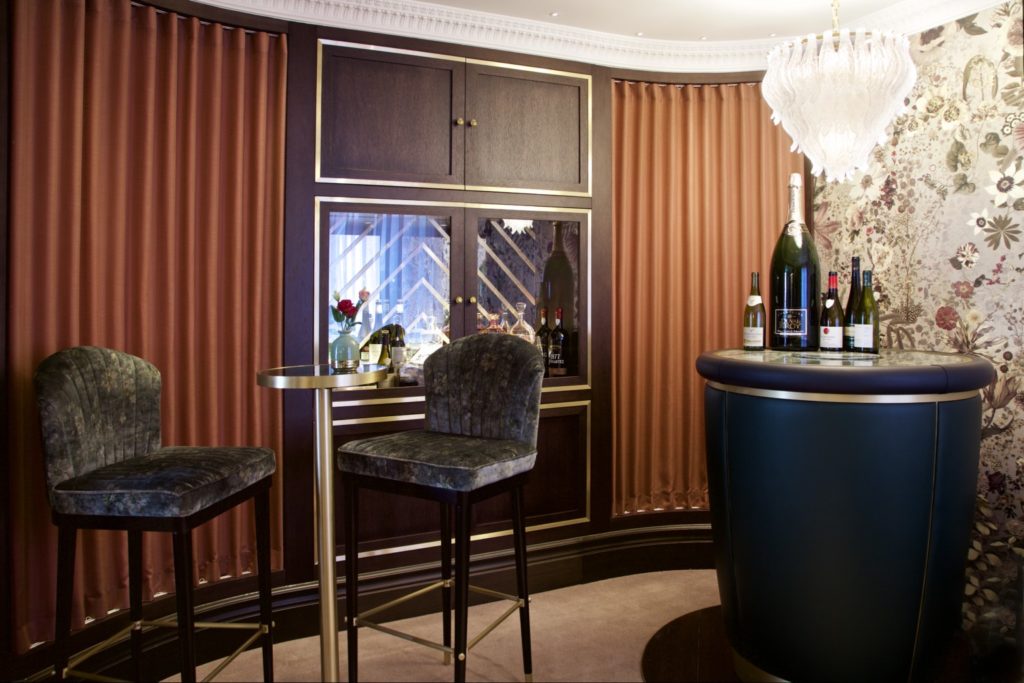 Here, diners can take part in an exclusive Sommelier pairing experience. They will be introduced to rare and unusual wines, as well as champagne from the new house pouring brand, Philipponnat’s Royale Reserve Brut, to accompany beautiful, seasonal dishes for the ultimate date-night experience. 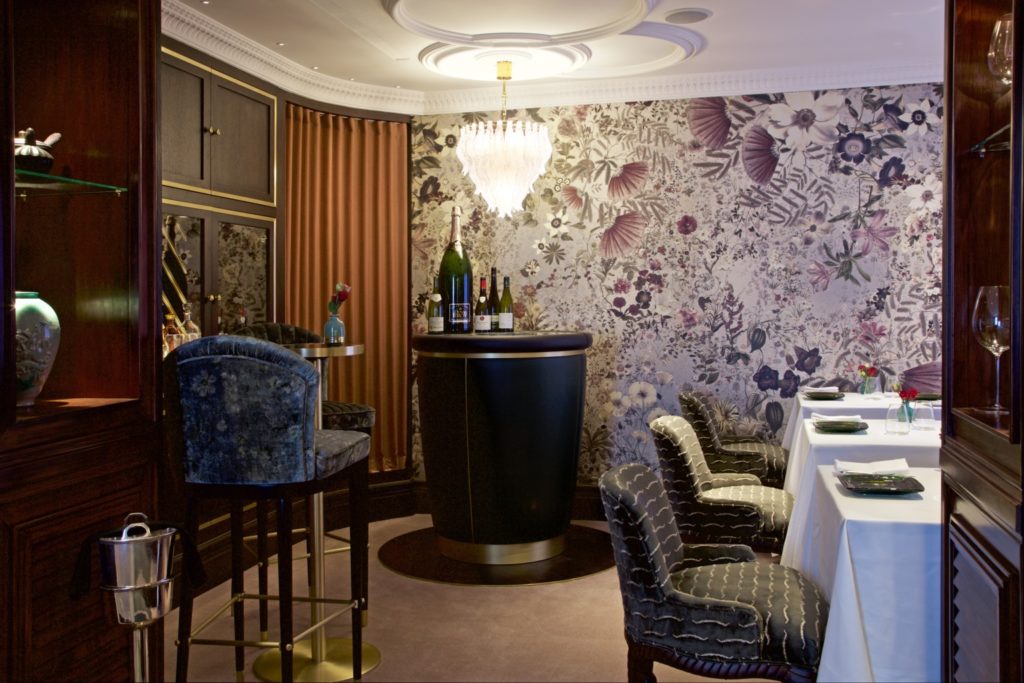 Highlights from Drabble’s previous menus include Scottish Hand Dived Scallop Baked in the Shell with Garlic Butter and Herb Crumb; 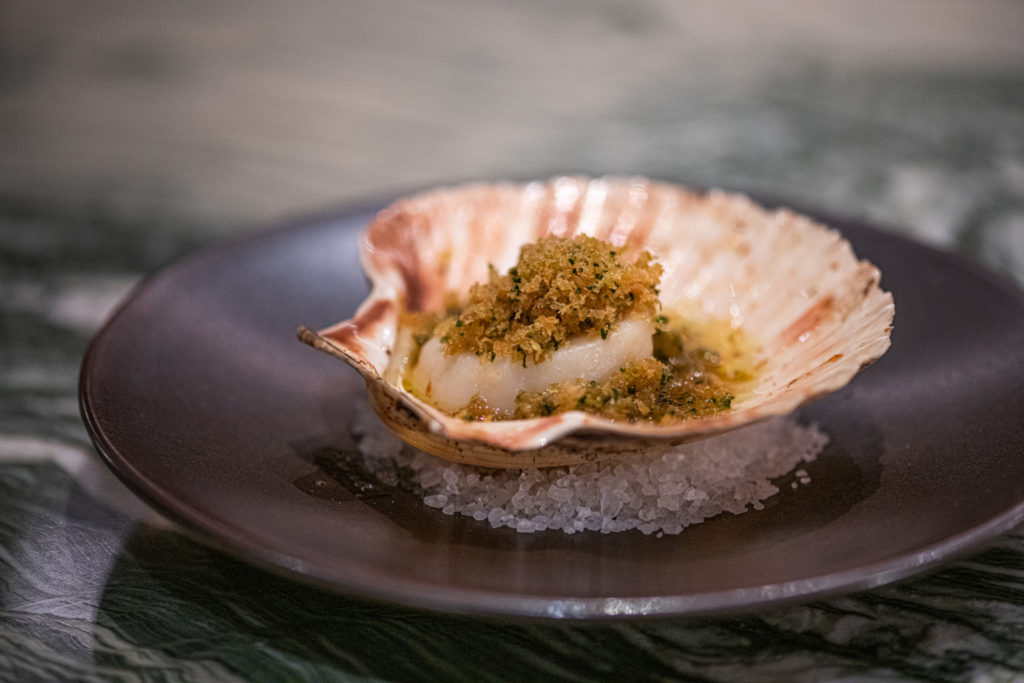 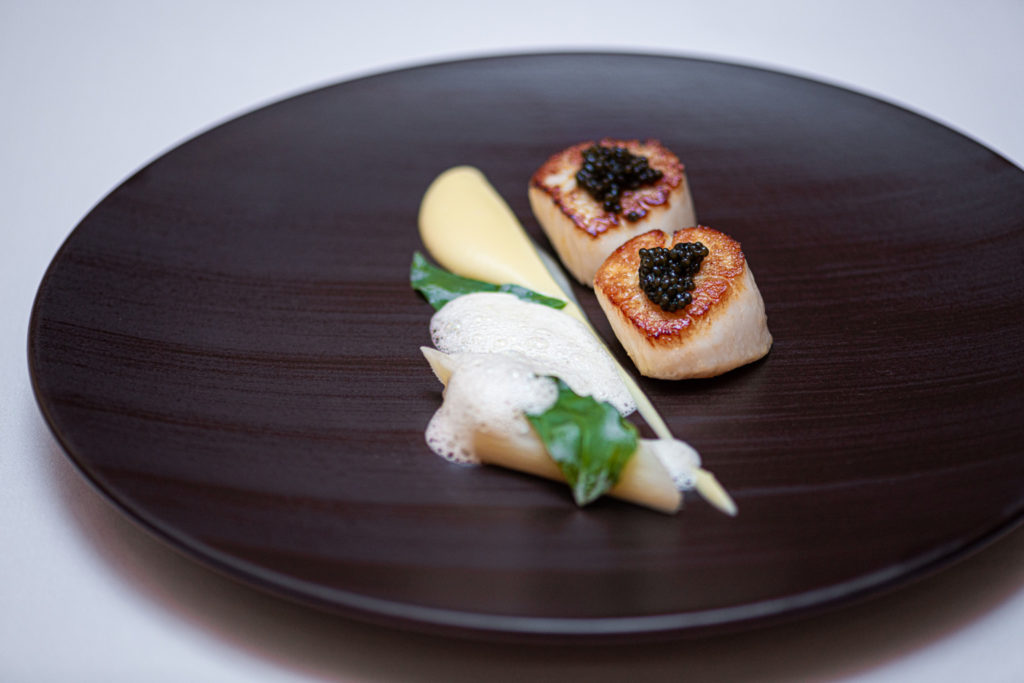 Saddle of Lamb with Turnips, Onions and Thyme; 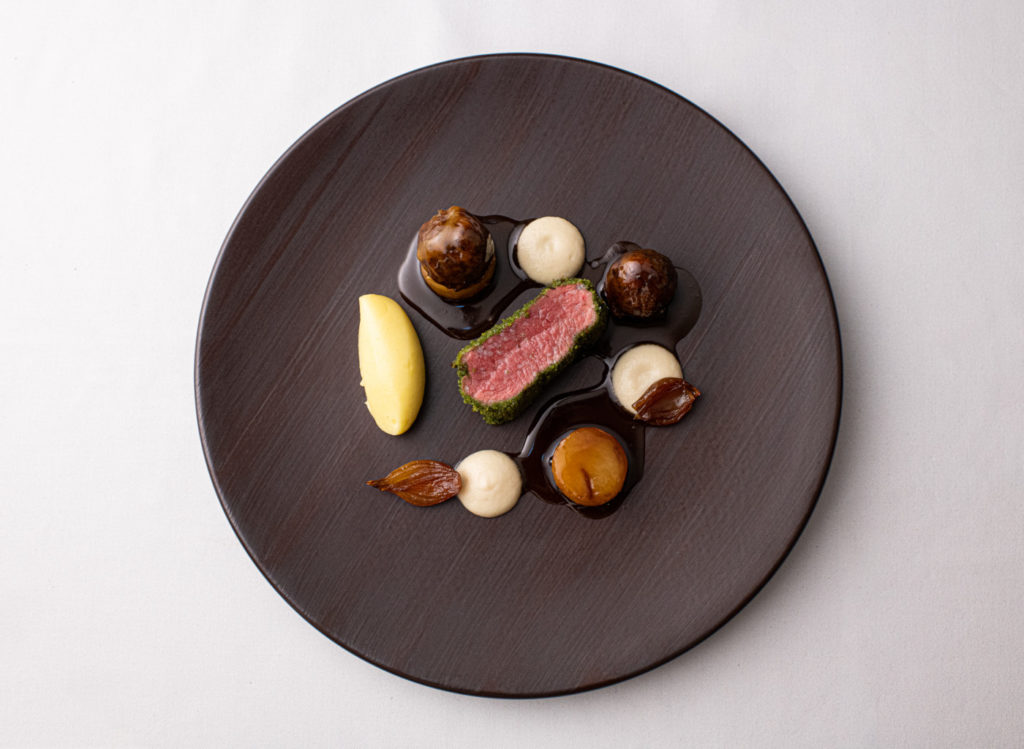 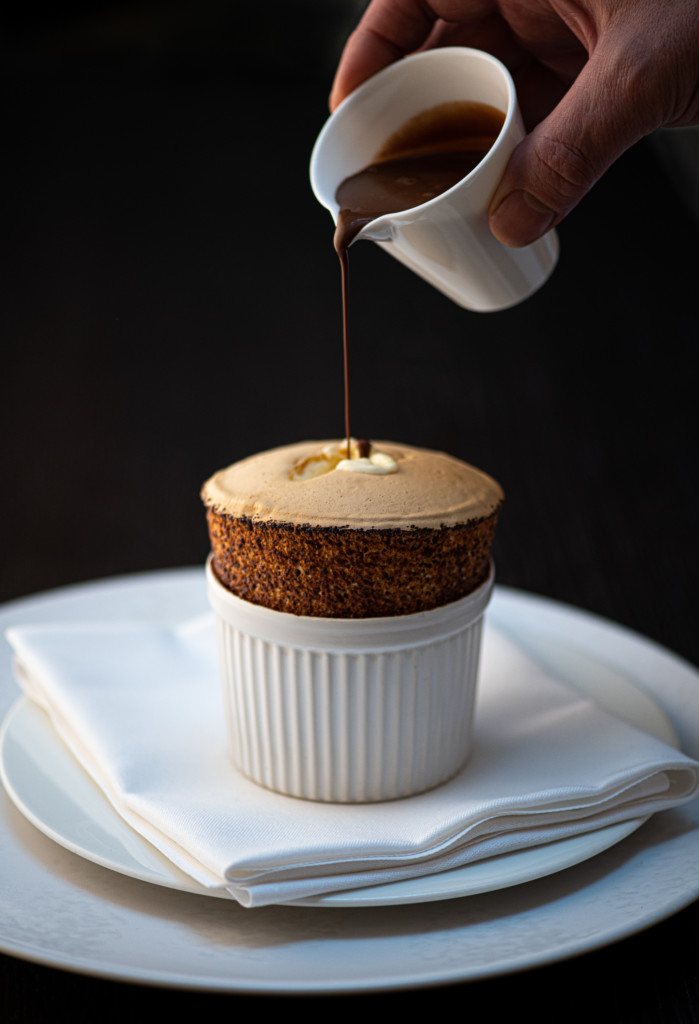 This now-famous Clementine Mousse is just one of the extraordinary creations by Executive Head Chef William Drabble. 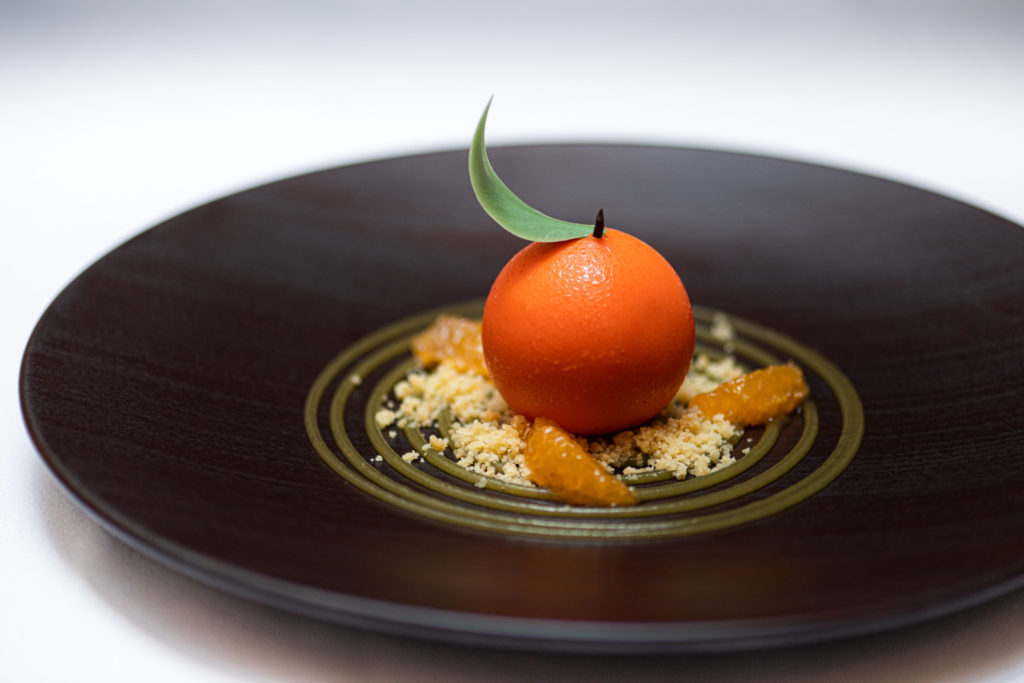 Drabble also oversees all aspects of the dining concept at St. James’s Hotel & Club, not just the seasonal menus at Michelin-starred Seven Park Place, but also private dining and the hotel’s more informal dining space, 1857 The Bar. Not forgetting room service and the hotel’s breakfast offering every morning. 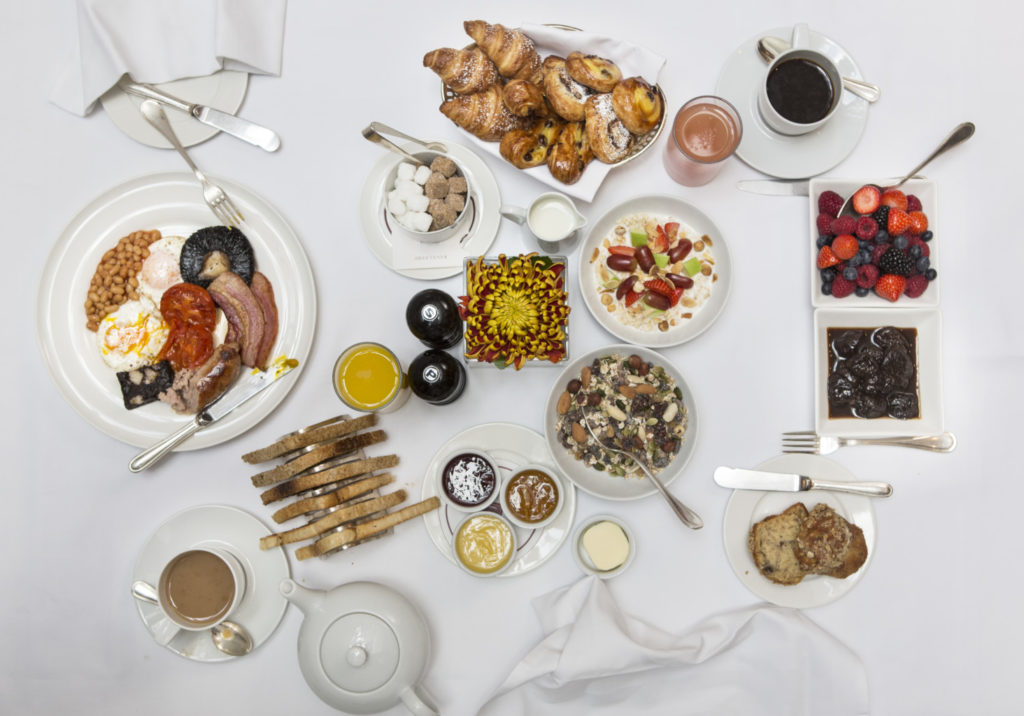