Switching to a vegan, plant-based diet is becoming increasingly popular, with the percentage rise of those identifying as vegan increasing exponentially year on year (the number of vegans in Britain skyrocketed by 40% in 2020). However, it is important when making dietary changes that you ensure your body is still getting all of its necessary nutrients. The below tips provide insight into a few key nutrients you should be mindful of consuming whilst adhering to a vegan diet. 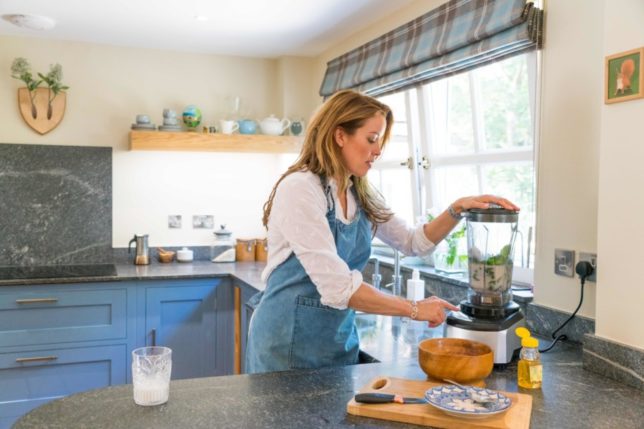 When transitioning to a vegan diet, some report feeling low in energy and prolonged fatigue, which can often be attributed to a change in nutrient intake. It’s easy to fall into the trap of overconsuming carbs and under consuming healthy fats and protein, especially for someone new to the world of pulses and legumes. This overconsumption of carbs can head to highs of energy followed by lows of energy.

Thankfully, there are plenty of vegan-friendly ways to get our necessary nutrients. Iron-rich beans should be a staple for every vegan, invest in a cookbook! To reduce cravings for refined carbohydrates, switch to sweet but healthy Cacao, which is easily accessible through Cacao powders that can be purchased in health food stores such as Holland & Barrett. It’s brimming with energy-enhancing properties and makes a delicious swap for the mid-afternoon chocolate bar.

Struggling to keep up immunity

People who follow vegan diets are widely reported to have lower levels of white blood cells, or defender cells. Even though the research seems to say that there doesn’t seem to be any added risk, it only makes sense to focus on a healthy immune system. Overall immune health can be supported by a number of lifestyle factors including good quality sleep, being at the right weight for your body frame and regular activity. There are also plenty of dietary ways you can give your immune system a helping hand.

Vegan or not, it is vital to eat a wide range of fruit and vegetables. They have endless health-promoting properties but its the vitamin C content that really shines. Our bodies don’t make vitamin C, but we need it for immune function, bone structure and iron absorption. Vitamin C also protects against environmental oxidative stress on the skin.

Vitamin C is abundant in citrus fruits, green vegetables and blueberries. The deep purple hue of a blueberry comes from anthocyanins – powerful antioxidants that have been associated with everything from risk to improved memory. The lesser-known purple acai berry also comes in low on the GI index, so it is ideal for those people managing blood sugar or simply looking to curb cravings.

Brittle hair and nails can be attributed to low levels of protein intake. Whilst protein frequently conjures up images of steak or roast chicken, this does not mean vegans are unable to meet their daily protein requirement through plant-based foods. For most vegans, it just requires being more conscious of including vegan sources of protein such as lentils, beans and tofu and ensuring that you eat a variety of protein sources each day. Even though you can get plenty of protein from plants, almost every plant-based food is low in one or more essential amino acids that your body needs to thrive. However, as long as you eat a variety of protein sources every day you’ll be just fine as the combination will ultimately ensure you get an optimal supply of all the amino acids every day.

Given the importance of protein, it’s a great idea to have a vegan protein powder as an adjunct protein source that can be incorporated into your diet as and when needed. However, be label savvy and go for those with the most natural ingredients where possible. The added bonus of being prepared for protein needs throughout the day is that your meals or that mid-afternoon protein boosted smoothie will be more satiating, keeping you fuller for longer.

Calcium is famously important for bone health and strength. It’s during the rapid growth years of puberty when we largely lay down our bone density potential, something that will stay with us for life and will either protect us from diseases such as osteoporosis or leave us more vulnerable to them.

Milk, cheese and dairy are likely to come to mind when speaking of calcium, however, there are plenty of non-dairy options for vegans that will allow calcium intake to be optimised. For someone who is still growing, this is really important.

More and more people are also keen to reduce their intake of dairy for ethical and environmental reasons.

Where there’s consumer demand, innovation follows. There are seemingly endless new options of plant-based milk available in regular and specialist supermarkets, most of which have added calcium. If you’re not a fan of plant milk, or simply don’t consume enough of it to hit your daily requirements, superfood powders that contain calcium alongside synergistic vitamins and minerals can be easily added to smoothies, baking and breakfasts.

Iron is the most common nutrient deficiency, which, similarly to B12, can result in fatigue and anaemia. It is therefore important that vegans optimise their intake by consuming a healthy amount of iron-rich foods such as seeds, soybeans and dark leafy greens.

There are two forms of dietary iron: heme and nonheme. Heme iron is derived from haemoglobin so it is found in animal foods that originally contained haemoglobin, such as red meats, fish, and poultry. Most nonheme iron is from plant sources. This is the form of iron added to iron-enriched and iron-fortified foods. Our bodies are less efficient at absorbing non-heme iron so it’s important to consume plant-based sources of iron alongside vitamin C to improve your body’s uptake – adding a squeeze of lemon to a spinach salad is an example of this.

There are a number of other nutrients that vegans may need to be more conscious of consuming, such as zinc, selenium and iodine, but with an ever-increasing range of vegan products available in supermarkets, there has never been an easier time to be vegan whilst getting all your necessary nutrients.

Struggling to get Vitamin B12

Vitamin B12 is naturally found in animal products such as meat, fish, eggs and dairy, however, is generally not found in plant foods. A lack of B12 can lead to feelings of weakness and fatigue, as well as memory loss and in more serious cases, anaemia. Hence, it is important that vegans supplement this either in capsule form or through fortified foods and alternative sources such as plant-based ‘meats’, tempeh and nutritional yeast. As with other vitamins and nutrients, B12 can also be consumed in powder form and is a key component in many green superfood powders.

Wholefoods simply means foods that are as close as possible to their natural, unprocessed form. It is a great approach that supports almost every aspect of health and wellbeing, but, for someone who enjoys the conveniences of ready-made meals or take-outs, it can take time to embrace.

Eating is also connected with our emotional wellbeing – if we are less stressed and depressed we are more likely to take better care of ourselves. Practising mindfulness can be helpful. The simple process of slowing down and becoming more mindful can allow someone to make better decisions. Mindfulness is simple, but it isn’t easy, it takes effort and practice. Start by tuning into mealtimes more mindfully, swapping that multi-tasking lunch at the desk for savouring each mouthful without interruption. If nothing else, it is likely to enhance your enjoyment!

For more information on Bioglan Superfoods, please visit the website at www.bioglansuperfoods.co.uk 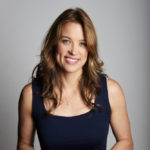 Now working with Bioglan Superfoods, Amanda Hamilton has been one of the UK’s most established nutrition experts for almost two decades with a career that’s included more than eight internationally syndicated TV series and four books, the latest of which became a number one Amazon best-seller. Last year she was named as one of the UK’s top five “super-nutritionists” – able to impact both day-to-day and long-term health with practical, professional advice. She’s a busy working mother of two children and competes internationally in sport. She also teaches Pilates and Barre.